In the first 1984 film, the Terminator designated "T-800" time-traveled from the future back into the past to kill "Sarah Connor". In 1991's sequel, the roles were reversed with a new "T-800" this time sent back in time to protect Sarah Connor's son, "John Connor" (who is the leader of the human resistance in the future), from being killed by the more advanced "T-1000". 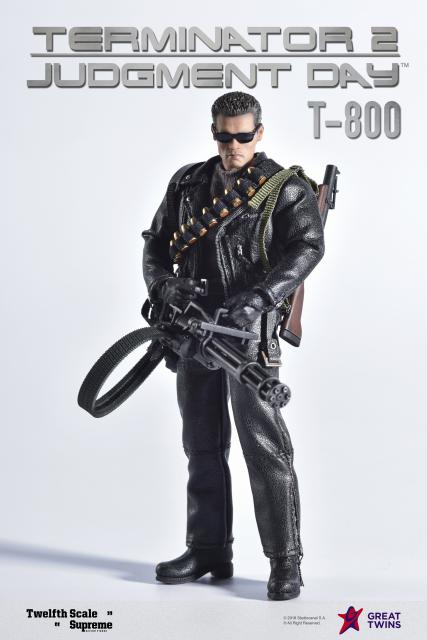 Both "T-800" Terminators were played by actor Arnold Schwarzenegger, a fictional character who has since entered the pop culture consciousness. 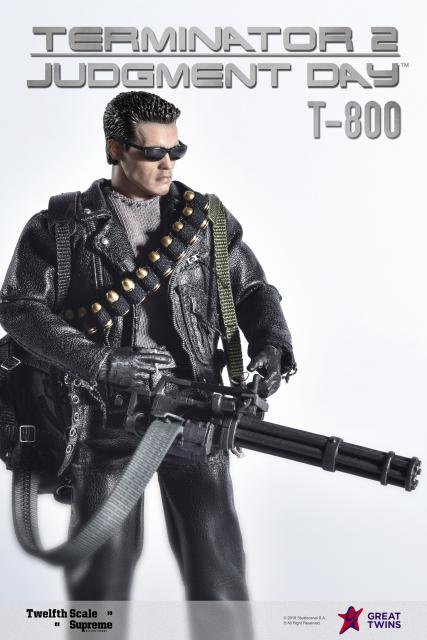 One of his more iconic spoken lines in the film was "I'll be back", and 27 years later, indeed the T-800 has returned, but this time as a premium articulated collectible figure, ready for "action" in the palm of your hands! 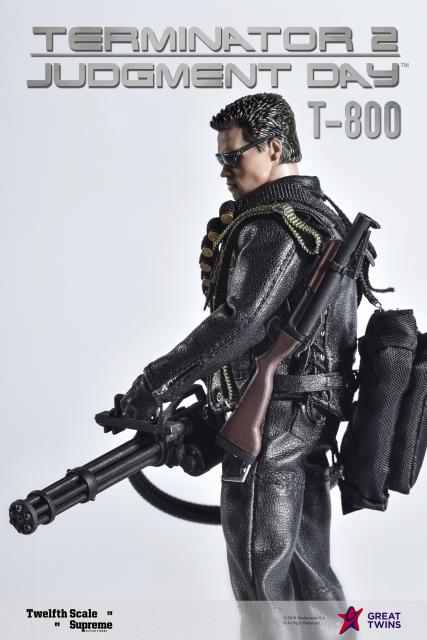 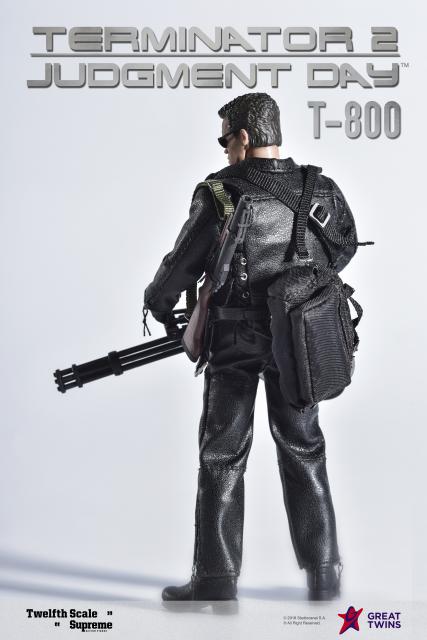 The hyper-realistic collectible figure features a head sculpt with a hand-painted likeness of actor Arnold Schwarzenegger in his appearance as "T-800", mounted atop a magnetic neck which enables flexible rotation for the head, for optimum poseability. 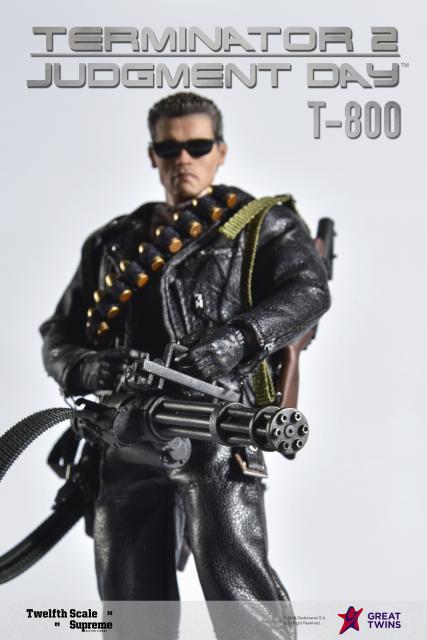 The Action body features over 25 Points of Articulation, and is clad in his iconic black PU leather jacket and pants ensemble, and not forgetting his (removable) sunglasses, to complete that cool-"Infiltrator-Unit-killer-robot"-look! 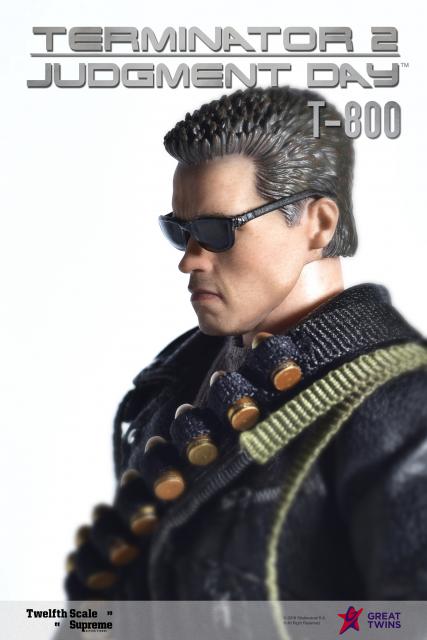 An amazing array of accessories include a Mini Gun, Grenade Launcher, Shotgun and Pistol, complete with a removable Grenade Launcher ammo bandolier and Mini Gun black ammo bag provides maximum play, and that the T-800 is ready to do battle at Cyberdyne building to destroy Skynet!

A figure stand with name tag completes the set - ensuring stability on your display shelf, and a pride amongst your collection.

Filmmaker James Cameron is currently preparing to produce the reboot of the Terminator franchise, with the story continuing from T2, targeted for a 2019 release. Expect a renewed interest for the T-800, as actor Arnold Schwarzenegger is returning to reprise his role as the "Terminator" we all love!

Scheduled for a November 2018 release, check in now with Great Twins for wholesale or distribution availability

Great Twins is a design, production and distribution company for collectible toys and high-end premium merchandise. We also serve as a consultant in building ideas from scratch to a unique finished product.

We aim to take the lead internationally for the genre of products we design and produce.

With our global network of retailers, we have a toy and merchandise distribution arm that helps potential brand market, wholesale, and distribution of products. Bringing the best product to our customers is our utmost priority.

From feature films to anime, from pop culture to classic icons, "Twelfth Scale Supreme Action Figure" showcases influences and ideas from the East to the West, featuring characterization across all media licenses and genres. The size and scale is "one-twelfth", but the genre represented is infinite.

Your beloved characters will manifest in the palm of your hands as a premium articulated collectible.

Without losing the minutiae and luxuries one looks for in the current landscape of the collecting hobby, Twelfth Scale Supreme Action Figures will bring you the details and precision of the One-Sixth scaled hobby, into the One-Twelfth scale.

With a professional team specializing in producing hyper-real anatomical likeness, from stylized representations to dynamic-realism, from production to manufacturing - Twelfth Scale Supreme Action Figures will delight and excite collectors with premium quality figures and accessories, comparable to the heightened expected standard of 1/6th, and beyond.

"Twelfth Scale Supreme Action Figures" aims to be the leading brand in the 1/12th-scale hobby. It is time to collect your Supreme-scaled dreams!