There has been a bunch of new stuff announced due to the Shizuoka Hobby show, so I thought I'd make one post that has a lot of the cooler stuff in it. This may be a model for future news digests, we'll see.

First of all, Bandai is reviving their "In Action" line with reissues of the Xabungle and Dunbine robots. The big suprise here is the inclusion of the L-Gaim robot into the line. The line for non Gundam robots is called "In Action: Offshoot" 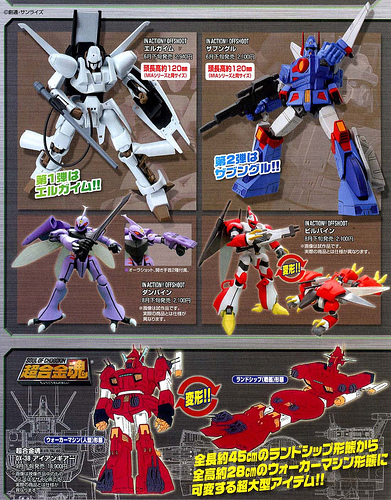 Gunota Headlines has the full rundown on new Gundam stuff, but the one thing I wanted to point out specifically is the 100th MG kit, Turn-A Gundam! This is one of my favorite Gundam designs and I am glad to see it getting the MG treatment

HCM Pro extends its line out to the Evangelion Franchise with versions from the upcoming movies. Check out the new color scheme for the Prototype, and the awesome accessories. They have the folding knife!

A cool new series from Kotobukiya - are these kits or toys? (edit - these are kits. The show translates as "Gurren-Lagann")

Aoshima had their 1/48 Legioss prototypes out on display. These look a little different from the Toynami versions, with the addition of missile pods under the chest. They were labeled as "Trial Product"

On the Revoltech front, two new releases have been announced - Getter 1 and Dix-Neuf from Gunbuster 2! The Getter 1 is the classic original Getter design. 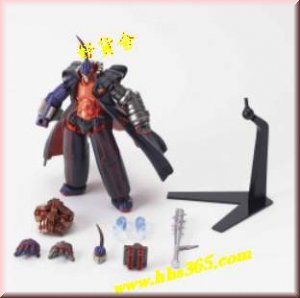 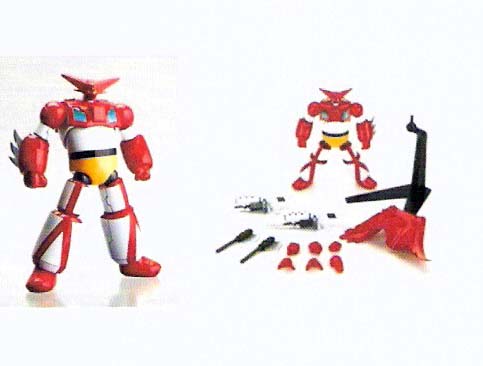 CM's has announced a DX Great Baan Gann and a Brave Gokin Griffon from Patlabor. Baan Gann is due July, with a price tag of 35,000 yen and while it contains some metal, is not part of the Brave Gokin line. Also due in June is the Votoms ATF-FX Testa Rossa. This ABS figure is 200mm tall and will retail for 7,560 Yen.

TakaraTomy has unveiled their spring 2007 line of the bobbing "Nohohon-Zoku" figures, including a Stitch from Disney's "Lilo and Stitch" (retail 1,575 yen)

GoodSmile corp has a Web TV show where they talk about new toys. Although its all in japanese, you can see a lot of these new toys in action. It's called Wonderful Hobby Life TV. The News Watch is hosted by a cute otaku girl!

Also, we are looking for feedback as to this new style of news reporting. What do you think of having a weekly news digest? Let us know by leaving a comment below!

4 comments posted
No, it just will be a catch

No, it just will be a catch all for smaller news that does not have enough content for its own post.

Wow! Turn A is #100. I heard rumors about another RX-78-2, or at least another Char's variant of something. Its good to see this design honored with an MG. I half expected a Non-UC for the big 100, but I was thinking it would be closer to Wing or another concept from SEED, but Turn A is a big change. Looks great!!!

Also: saw on another site that Super Robot Wars is getting more into the 1/100 scale, Alteisen!