Ok, it's time for more announcements from Marmit about upcoming toys. All toys must be pre-ordered by May 31st.

This first one is a bit odd. Made to commemorate 1,000,000 visitors to the Marmit webpage, this character is called "Mamitora", which translates, online at least, to "Mammee Tiger". Looks more like a cross between a raccoon and a bummble bee to me. And if you look closely, it's actually just an old Vinyl Paradise Baragon with a new head and tail. Kind of cute, I guess, but I'll be passing on this one. 23cm tall and ¥4,000. 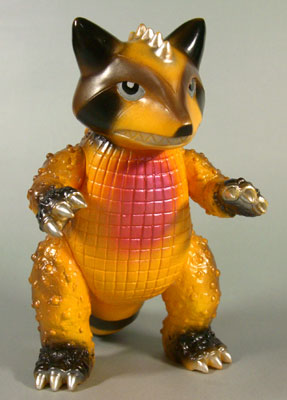 Next, we've got yet another one of those Super Action Hero (SAH) Buster Vanks Di figures, this one called Kira Banks Skuama? As usual, I reserve the right be totally wrong about these names. But either way, I think this might be my favorite of these figures so far, it being the most monster-ific of the bunch to my eyes. 30cm tall and retails for ¥10,500. 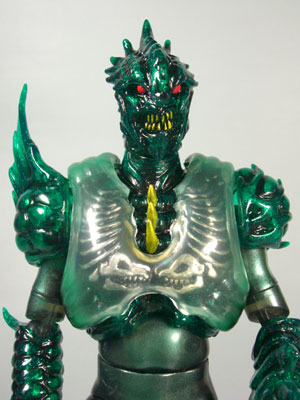 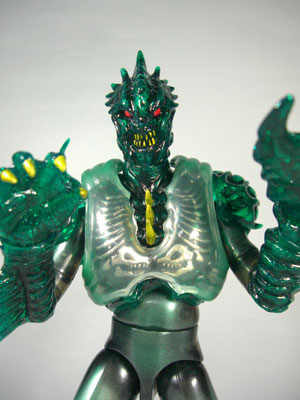 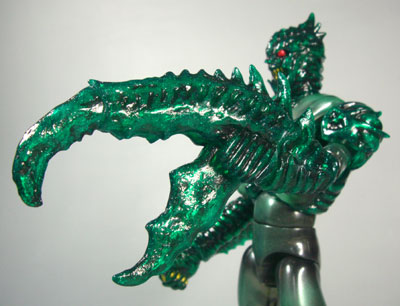 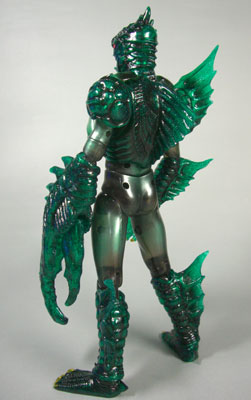 Now, more regular vinyl kaiju. First, a repaint of the worst Hedorah toy ever. Some suckas out there are gonna shell out ¥8,400 for this 25cm monstrosity. 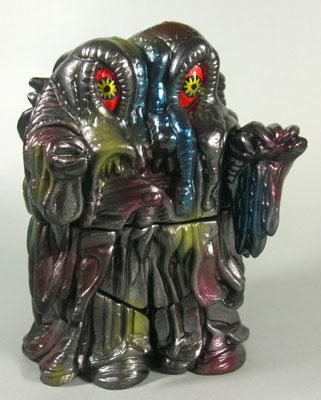 Ok, that Hedorah sucks, but check out Jumbo King. Man, what a stupid looking kaiju. They must really be scraping the bottom of the barrel to be releasing this guy. ¥5,250 for 22cm of ugly. 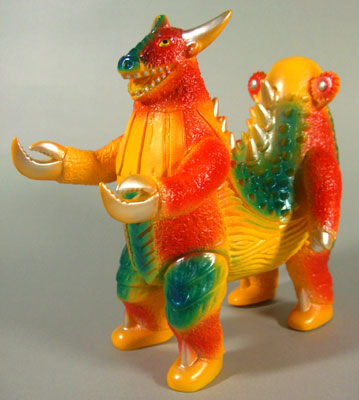 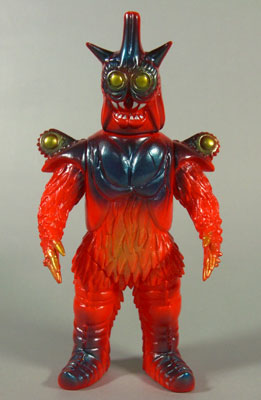 I think this guy is called "Black Giant". I think he's the guy who designed that Hedorah above, after he got justifiably tarred and feathered and tarred again. 23cm tall and ¥5,250. 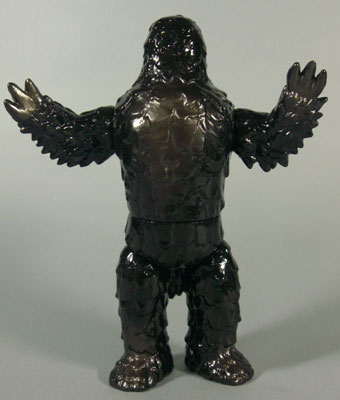 Ok, here's one that's actually pretty neat. A Machine Saura (or however you spell it) with a clear head. 25cm tall and also ¥5,250. 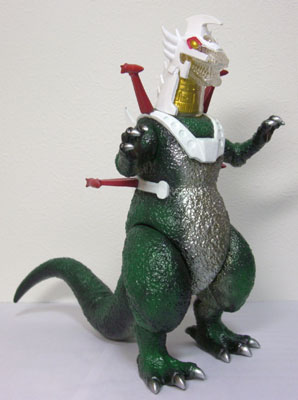 Ok, last but not least, toys for kidnicky! Check out the realistic sculpts on these "Real Sofubi Models" of Namegon and Angilus. Namegon is listed as 22cm long and ¥5,250 completed. Angilus on the other hand is 50cm long and costs ¥3,990 but I think you have to assemble and paint it yourself. 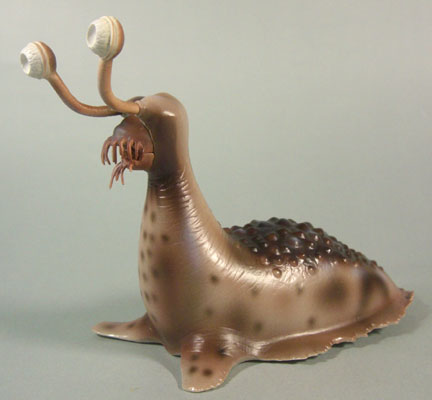 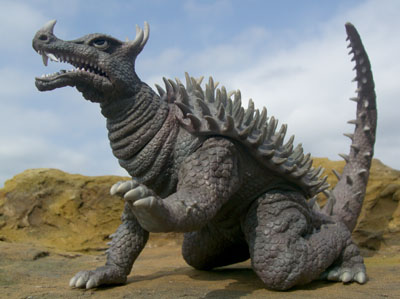 Thanks, now I'm going back to sleep.

I'm sure everyone will disagree with me, but I still think that Hedorah is kind of cute. It looks like it's trying so hard to be menacing, but it just can't pull it off. It's adorable!