Saban Brands and its licensing partners will showcase a playful assortment of Power Rangers inspired toys next week during the American International Toy Fair, Feb. 10-13 at the Jacob K. Javits Convention Center in New York. There will be a variety of action figures, plush, board games, consumer electronics and more to celebrate the 20th Anniversary of the iconic franchise. New Power Rangers Megaforce products will be on display for the all-new season now airing on Nickelodeon, as well as some items inspired by the original Mighty Morphin Power Rangers series to commemorate the 20th anniversary year. All products are expected to hit shelves throughout the year. 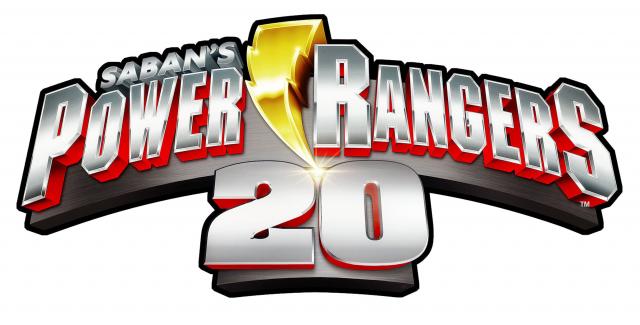 "We are thrilled to be showcasing a new array of Power Rangers products from various licensees at Toy Fair," said Elie Dekel , President of Saban Brands . "Power Rangers is the longest running boys action series in television history, so it's clear why we have such a high demand for Power Rangers toys. We currently have over 190 licensee partners worldwide helping to continue making the Power Rangers a MEGA-force in consumer products."

Tech 4 Kids (booth #3151): Tech 4 Kids has new items for fun in the dark, including the Megaforce Project-A-Lite, Glo-vision glasses and the Grab'N Glow night light/flashlight combo.

USAopoly (booth #457): USAopoly will give you the first look of the upcoming Monopoly and Trivial Pursuit Power Rangers 20th Anniversary Editions.

Saban's Power Rangers franchise is the brainchild of Haim Saban , creator and producer of the original Mighty Morphin Power Rangers hit series that launched in 1993. Following its introduction, Power Rangers quickly became the most-watched children's television program in the United States and remains the No.1 live-action kids series on television. The series follows the adventures of a group of ordinary young people who "morph" into superheroes and save the world from evil. It is seen in more than 150 markets around the world, translated into numerous languages, and is a mainstay in the most prominent international children's programming blocks. The Power Rangers franchise is celebrating its 20th Anniversary throughout 2013, which started with the launch of its newest season Power Rangers Megaforce on Nickelodeon and other broadcasters worldwide. Power Rangers LLC, which licenses and merchandises the Power Rangers brand, is an affiliate of Saban Brands . For more information, visit www.powerrangers.com.

Formed in 2010 as an affiliate of Saban Capital Group, Saban Brands (SB) was established to acquire and develop a world-class portfolio of properties and capitalize on the company's experience, track record and capabilities in growing and monetizing consumer brands through content, media and marketing. SB applies a strategic transmedia management approach to enhancing and extending its brands in markets worldwide and to consumers of all ages. The company provides full-service management, marketing, promotion and strategic business development for its intellectual properties including comprehensive strategies unique to each brand, trademark and copyright management and enforcement, creative design, retail development, direct-to-consumer initiatives and specialized property extensions. SB is led by a superior management team with decades of experience in media, content creation, branding, licensing, marketing and finance. For more information, visit www.sabanbrands.com.

Sorry, just putting this out there. I know Josh asked for questions for Saban in an email, but here's one I just thought of:

Does Saban have plans to reissue that domestic Gridman show?