"Boldly going where no man – or action figure – has gone before."

The One:12 Collective presents Captain James T. Kirk from Star Trek The Original Series. The youngest, and arguably the greatest captain in Starfleet history, James Tiberius Kirk was assigned command of the USS Enterprise NCC-1701 and proved to be the perfect choice in leading the crew on their 5 year mission.

Born March 22, 2233 in Riverside, Iowa, James T. Kirk was one of the few survivors of the Tarsus IV massacre. During his time as a cadet in Starfleet, Kirk became the only student to ever defeat the Kobayashi Maru test (the "no-win scenario"). During his time at the helm of the Enterprise, his accomplishments were the stuff of legend. Keeping his crew safe – along with the entire universe – during a career that spanned 40 years ensured his legacy would be eternal.

We've expertly crafted Kirk on our One:12 Collective body to create an uncanny actor likeness.This figure has over 28 points of articulation, tons of accessories and interchangeable parts, and features a screen-accurate uniform that was painstakingly tailored.

The One:12 Collective is the perfect storm of collectibility and execution at a six inch scale, featuring pop culture’s favorite movie and comics characters from the DC Universe. 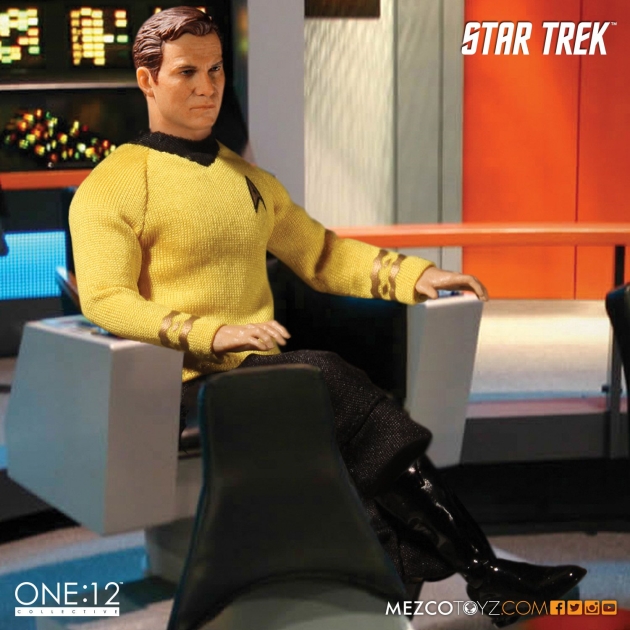 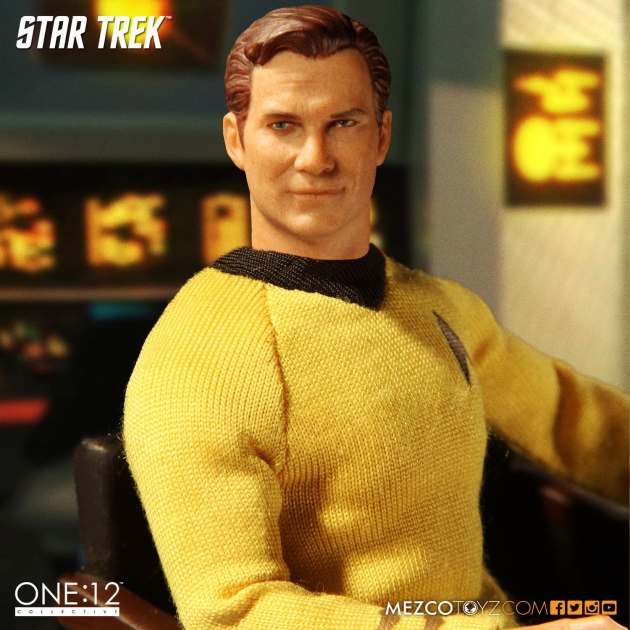 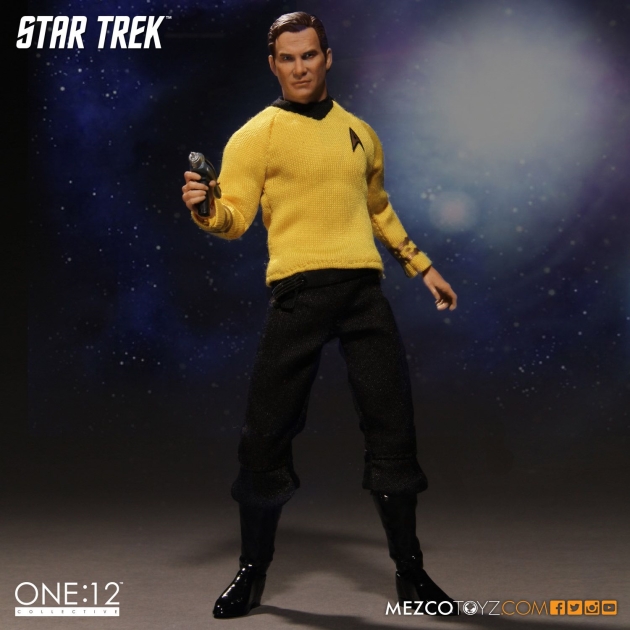 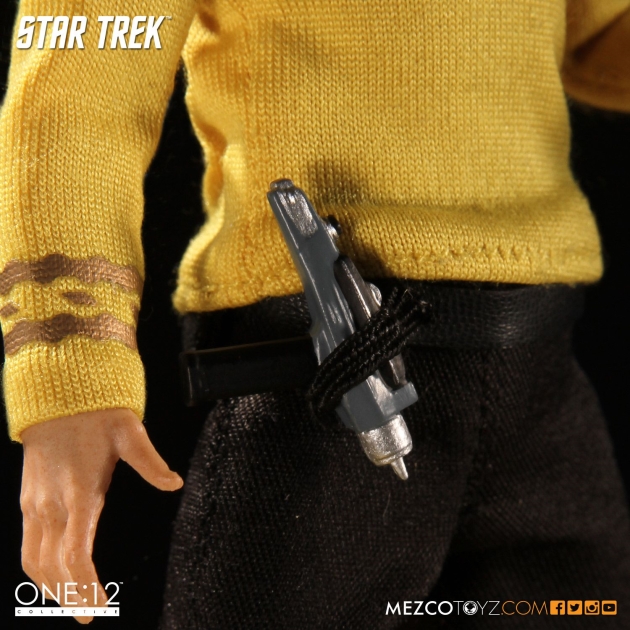 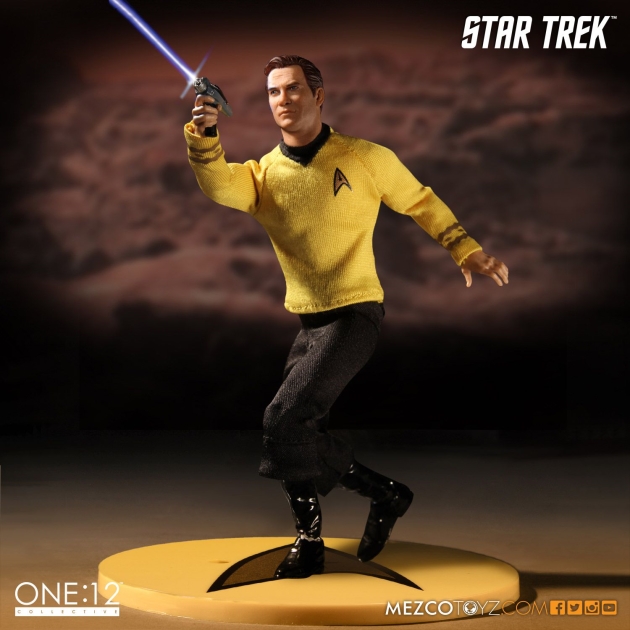 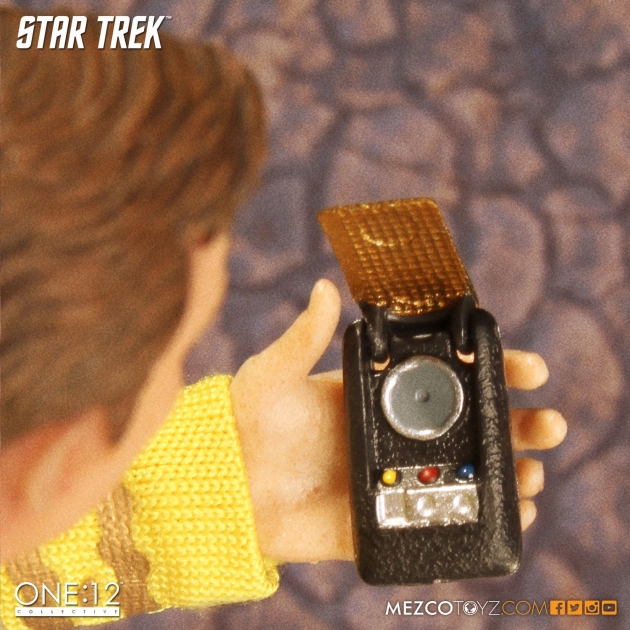 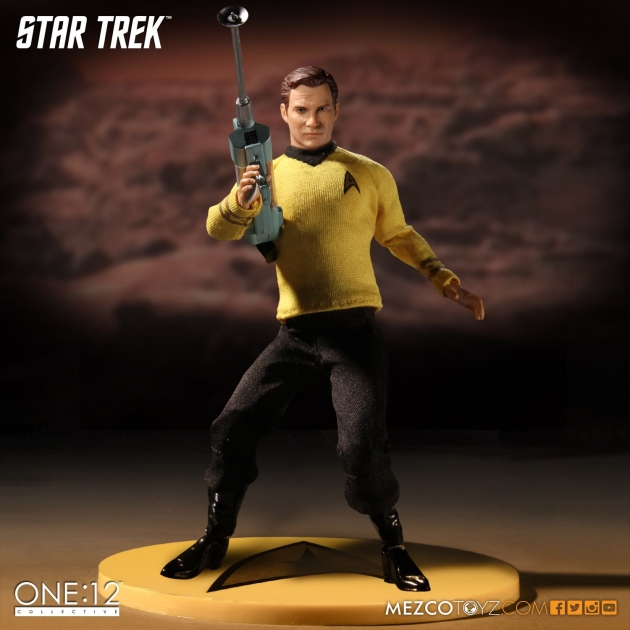 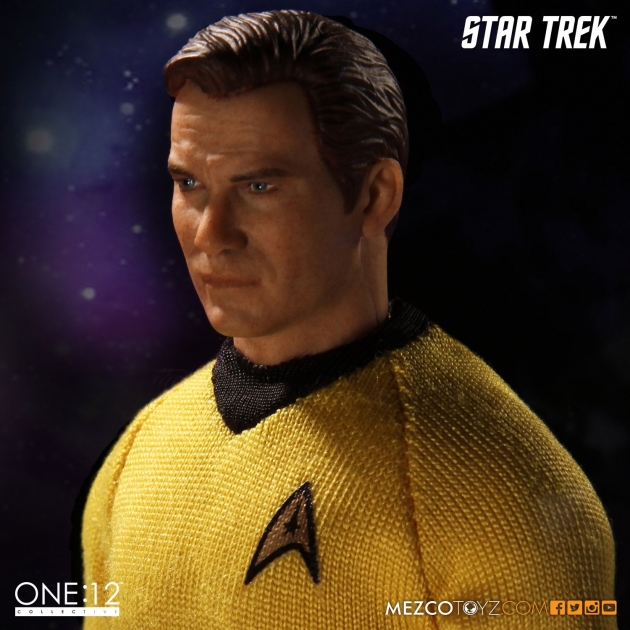 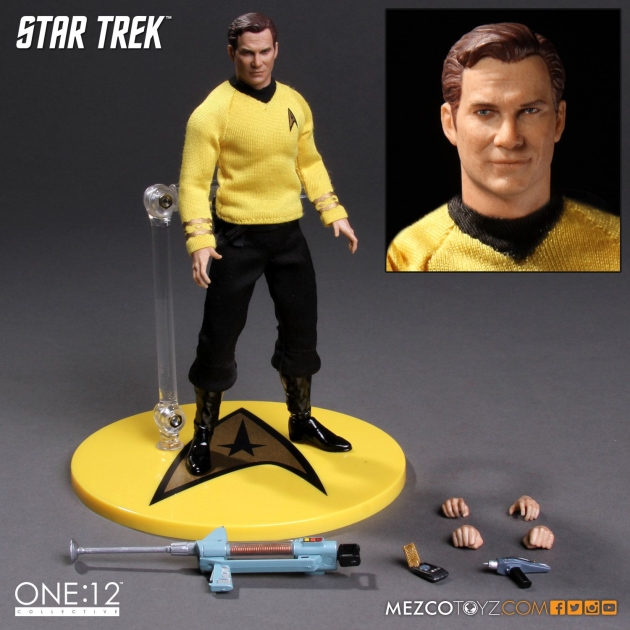