Following on the last week's New York Comic Con, Amok Time officially announces more upcoming properties for 2009. There's lots of good stuff on the way and you can expect more announcements over the next couple of weeks. Let's get right to it...

Now, I was able to resist the previous 7" zombie figures (Bub and Dr. Tongue from Day of the Dead) from Amok Time because I tend to focus on older properties and 12" figures instead of 7" ones. But... from "Return of the Living Dead" comes one of the coolest zombies in zombie film history.. the unforgettable "Tar Man"!!

Coming in September/October (just in time for Halloween), the Tar Man features ball jointed neck and shoulders, opening jaw, bitten brain and base with Trioxin cannister! No way in hell I'll be able to resist this (which will likely prompt me to circle back and get the others now...sigh...it never ends). Retail price $17.99. 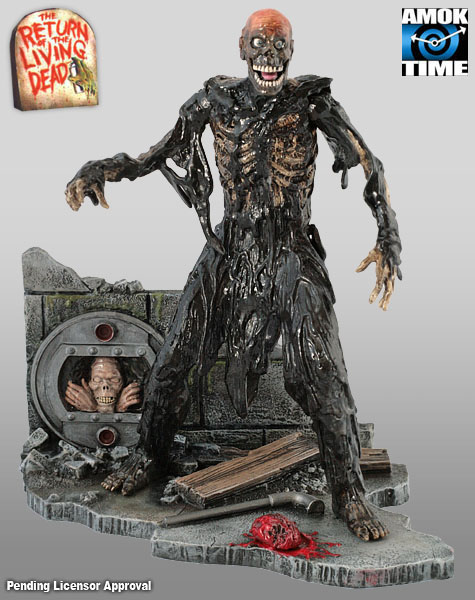 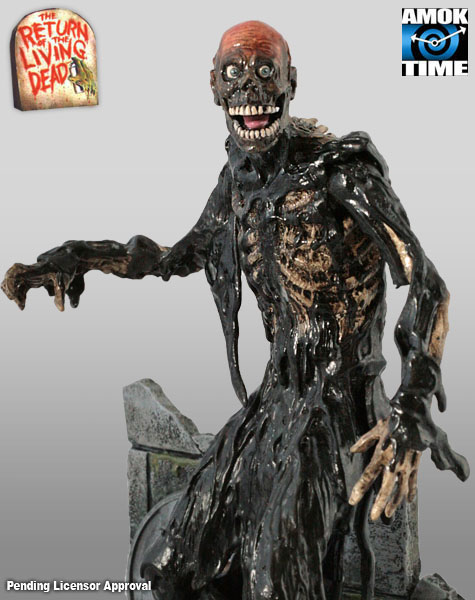 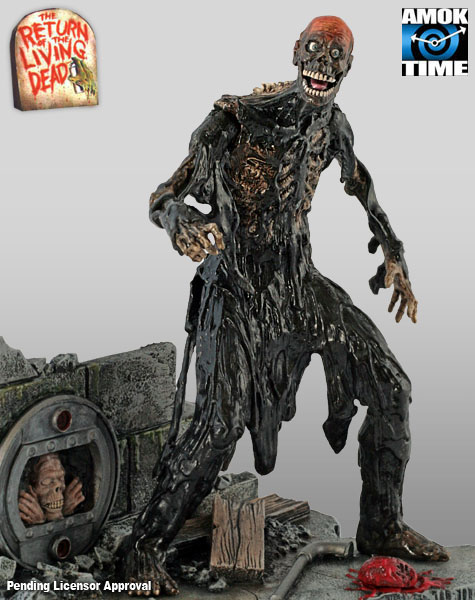 Next up, two 7" action figures depicting famed horror hostess Elvira, Mistress of the Dark. Due in August/September for 17.99, this figure includes a dungeon display base and skull and comes in 2 versions, regular and "winking" version. 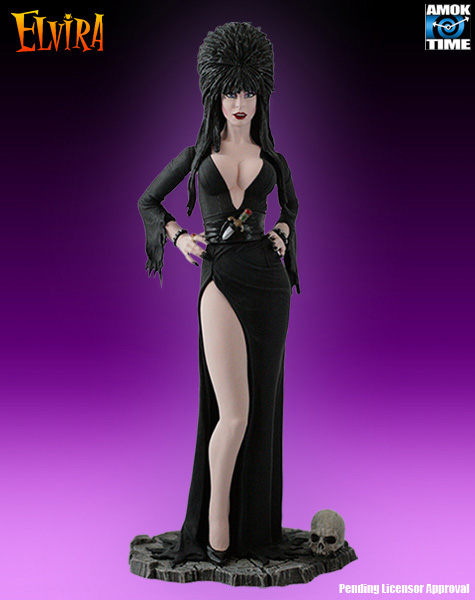 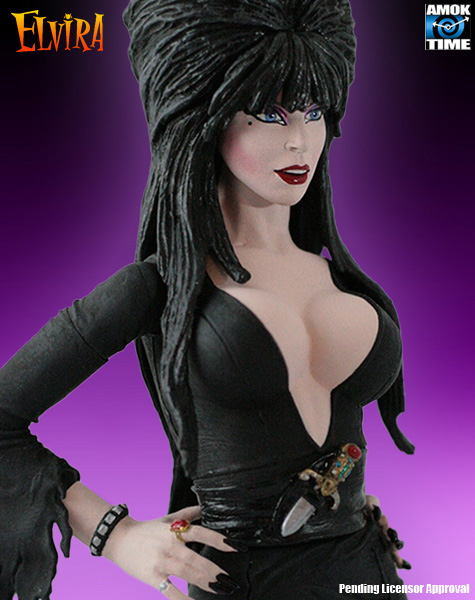 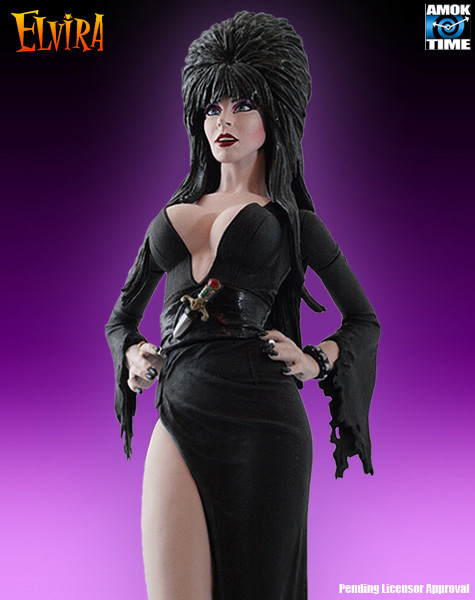 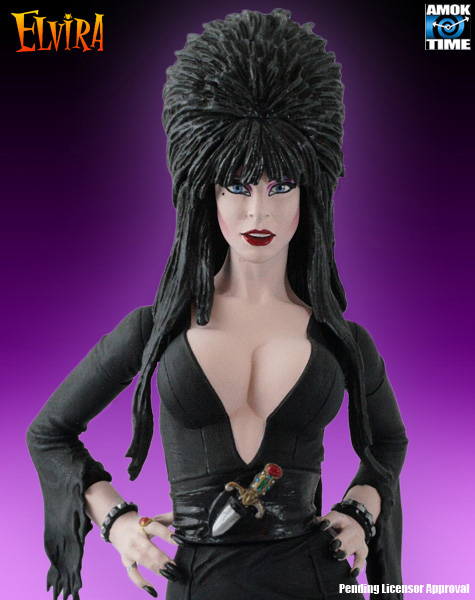 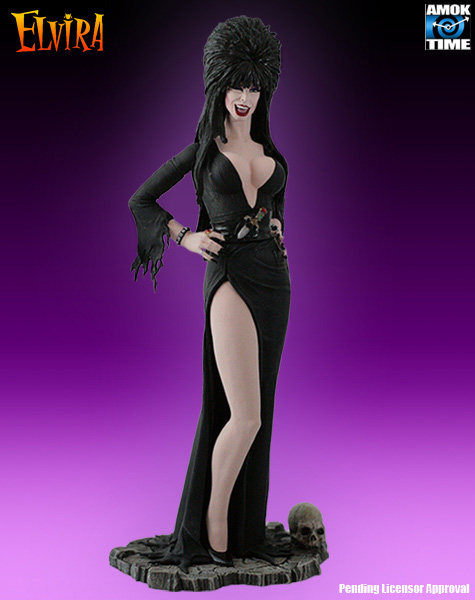 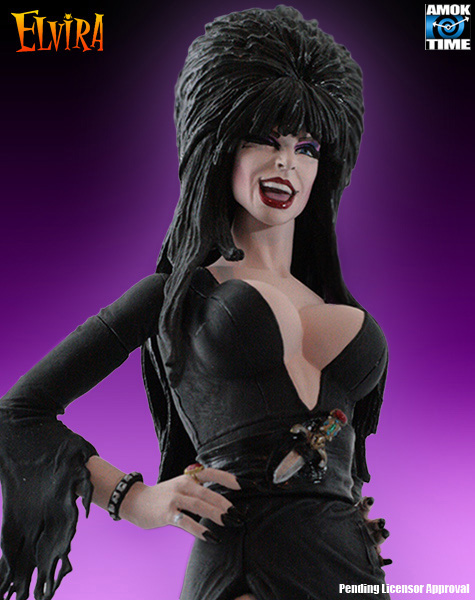 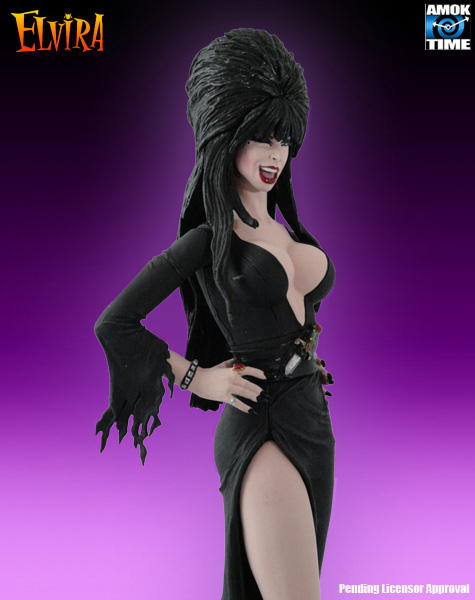 Ok, now back to my preferred figure size with a 1/6th scale 12" figure of Vincent Price from the classic Roger Corman film "The Masque of the Red Death". This figure is due out in October for $59.99 and will feature blood red robes, belt and removeable mask. I love this movie and will definitely be getting this one. 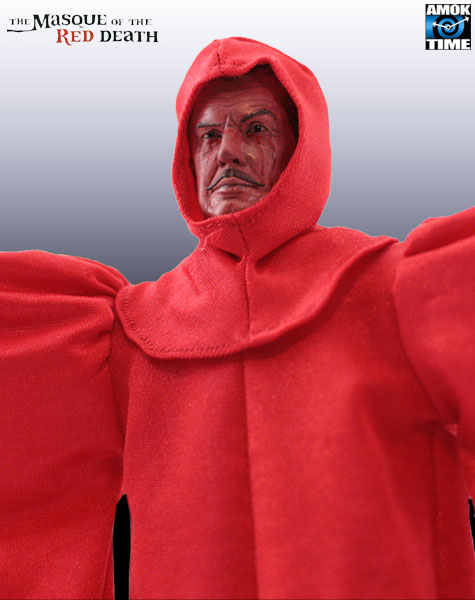 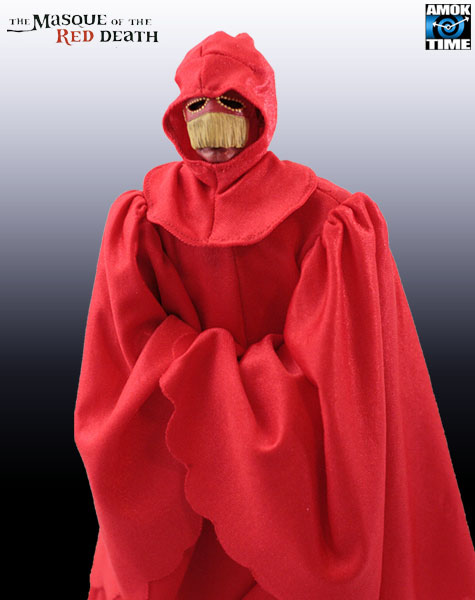 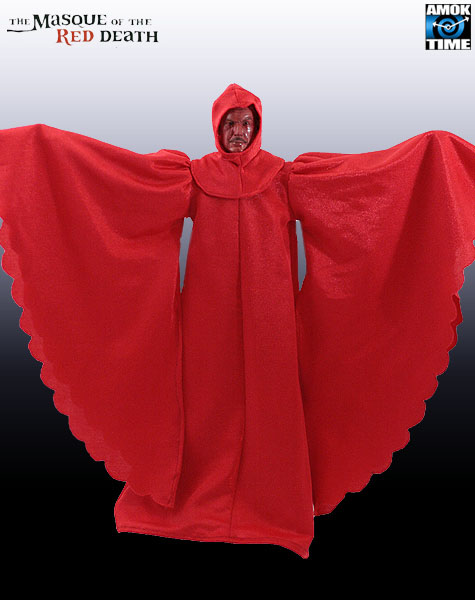 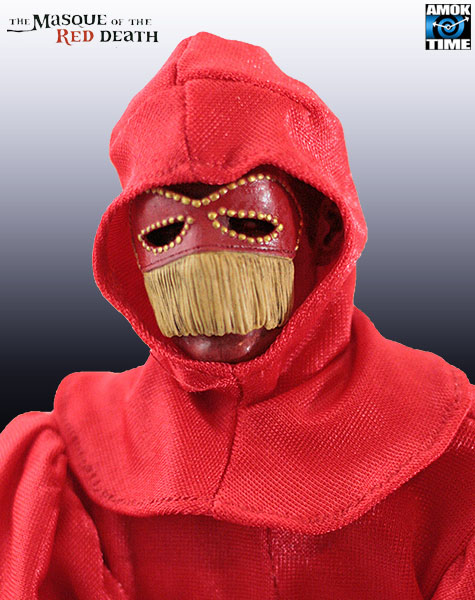 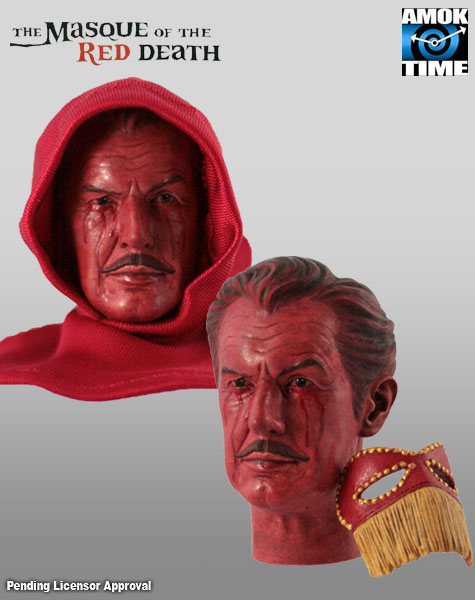 The last official announcement for this week is another "must have". From the classic 1958 sci-fi/horror classic "IT! THE TERROR FROM BEYOND SPACE", a 1/6th scale 13in collectors figure featuring movie accurate "super scaly" sculpt, ball jointed neck and shoulders and poseable arms and fingers! Due in October/November for $74.99 in three version.. movie accurate, black and white and movie poster green. 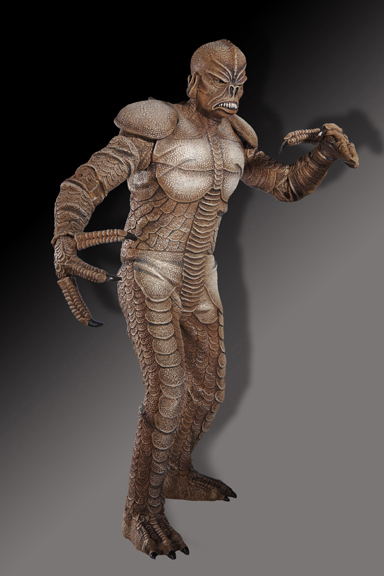 There's no picture on their website yet, but here's a shot of the black and white version that Sanjeev snapped at the NYCC. 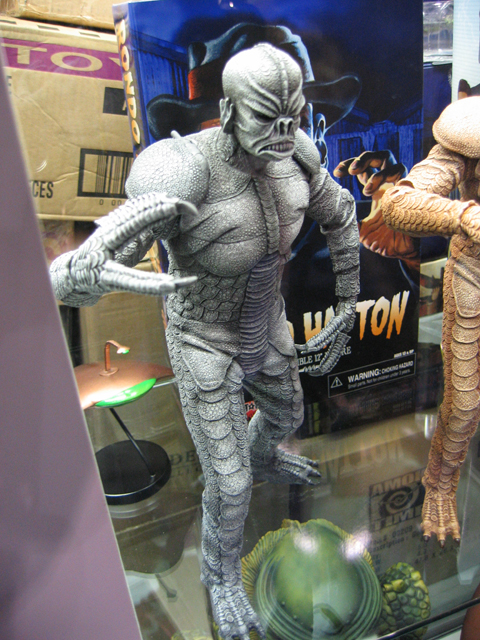 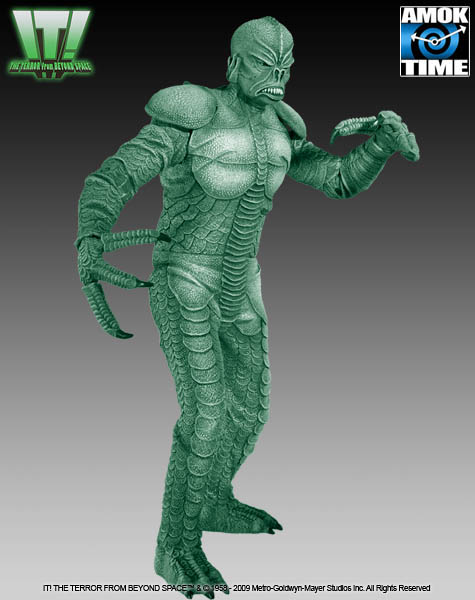 That's it for official announcements this week, but more is on the horizon. Also courtesy of Sanjeev's camera, here's a sneak peek at some of it.... 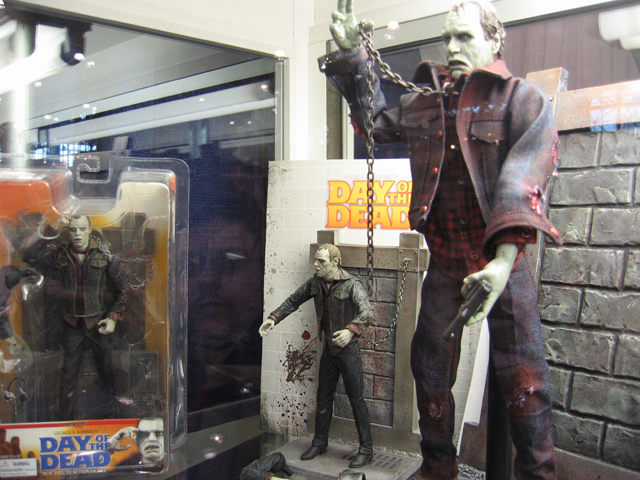 War Of The Worlds Martian saucer 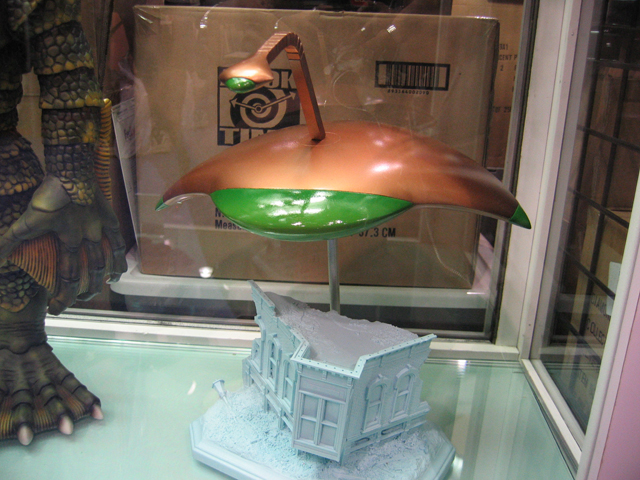 I'll post details on those as soon as they are announced.

I want a tar man. Scratch that, i NEED a tar man. ROTLD2 was one of my favorite movies as a kid.

My brother would love that WOTW Saucer.