Hot Toys Thanos from Guardians of the Galaxy

“The only matter I do not take seriously, boy, is you.” Thanos is one of the most infamous Marvel villains in comic book history. His first appearance in The Avengers has already got fans widely discussing the Mad Titan’s role in the Marvel Cinematic Universe and in Guardians of the Galaxy; audiences are finally able to meet him fully when he gives his threatening speech to Ronan the Accuser.

The movie-accurate Thanos collectible figure is specially crafted based on the appearance of Thanos in the movie, featuring a newly developed helmeted head sculpt, meticulously sculpted armored body, and Thanos’ throne with LED light-up function.

- Authentic and detailed likeness of Thanos in Guardians of the Galaxy

- Newly sculpted muscular body with over 22 points of articulations

- Each piece of head sculpt is specially hand-painted Costume

- One (1) pair of metallic gold and dark purple colored greaves

- Diamond-shaped base with transparent pillars, Thanos’ nameplate and movie logo

Coming third or fourth quarter 2015. Price is to be announced. 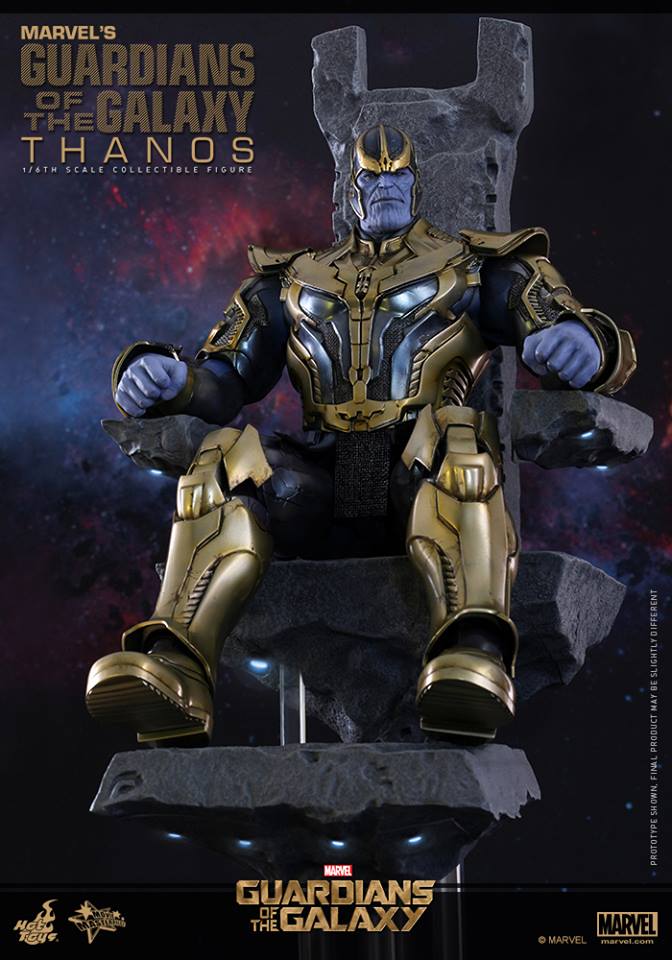 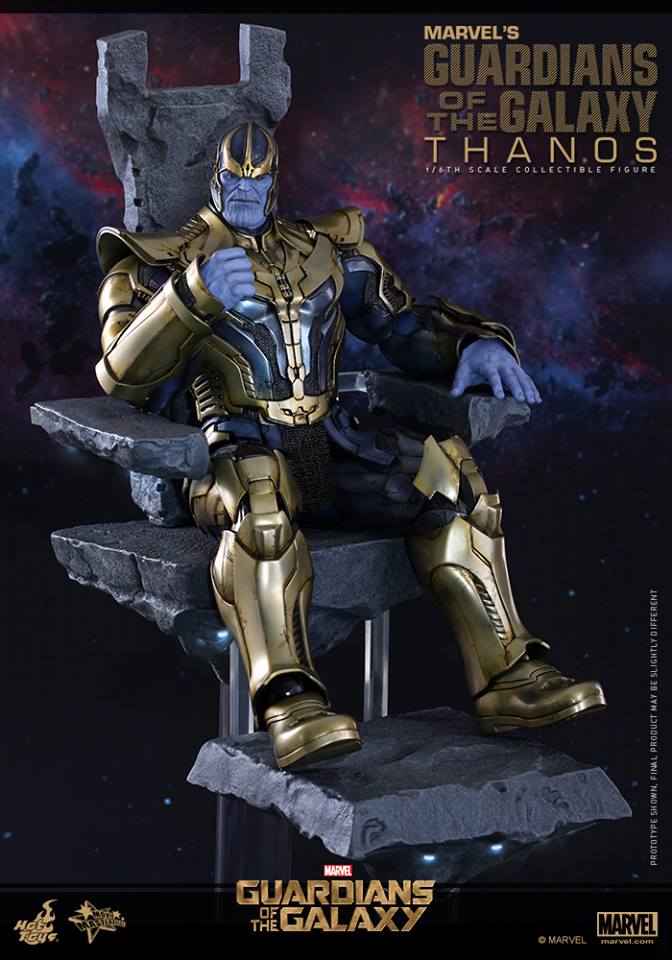 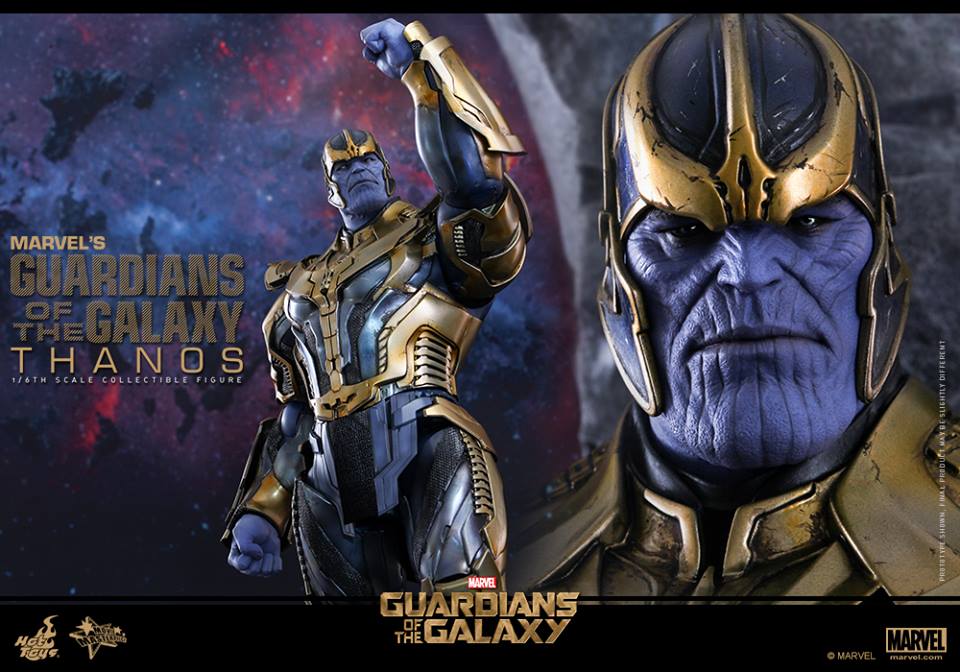 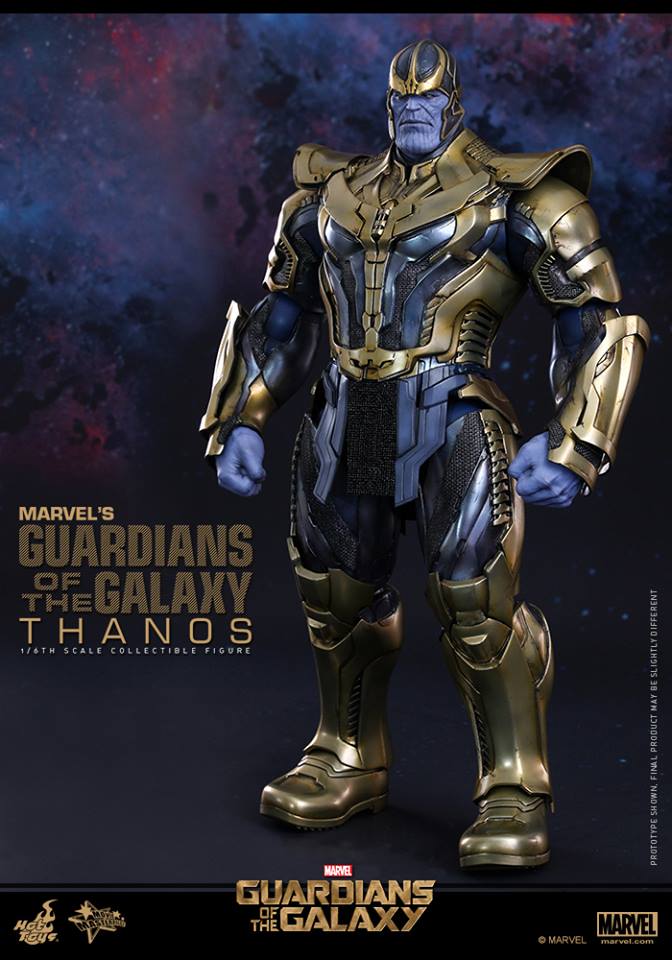 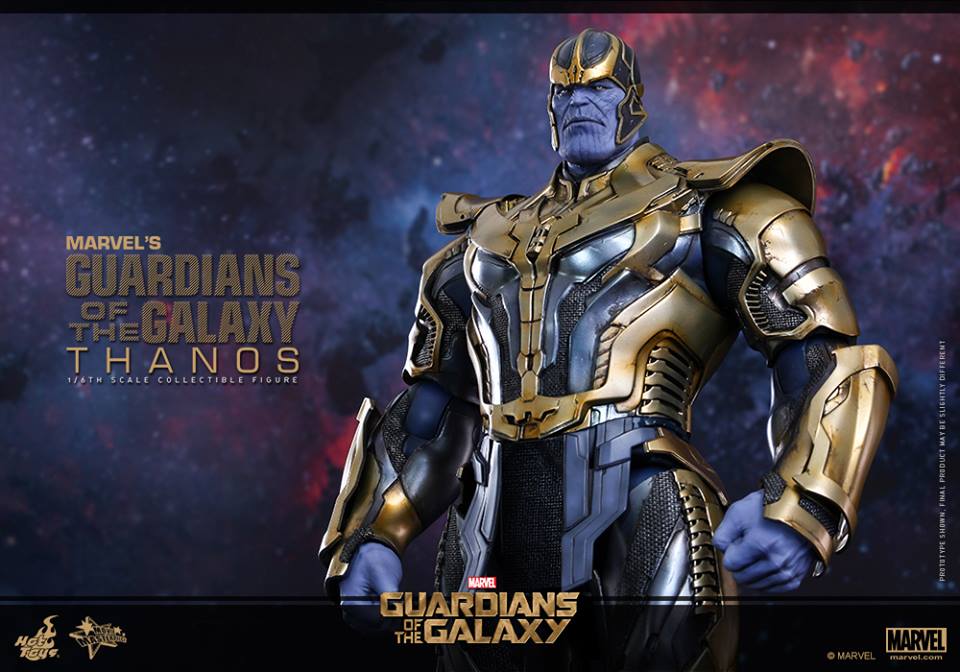 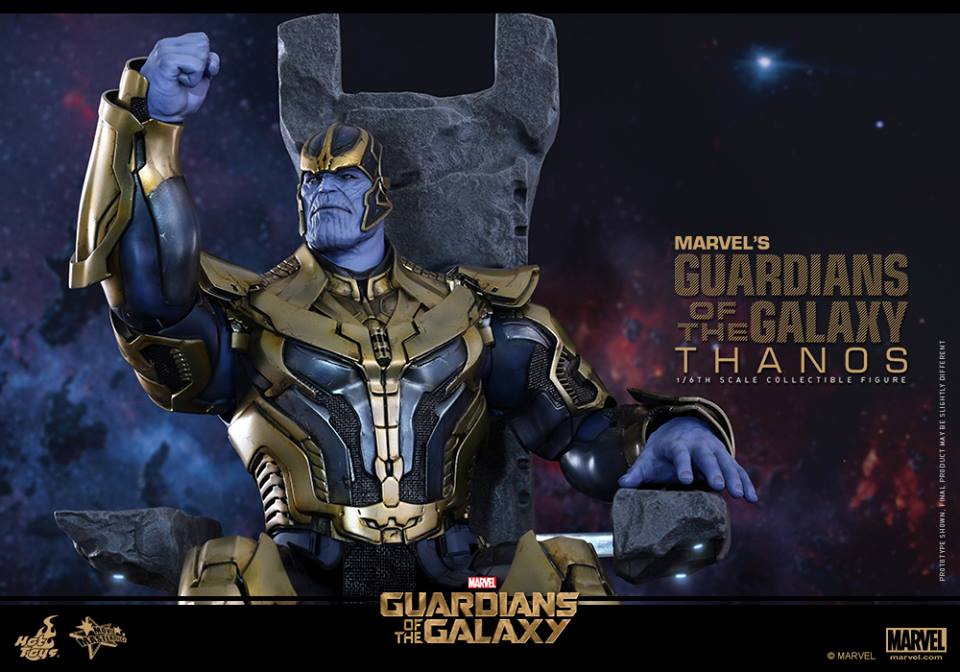 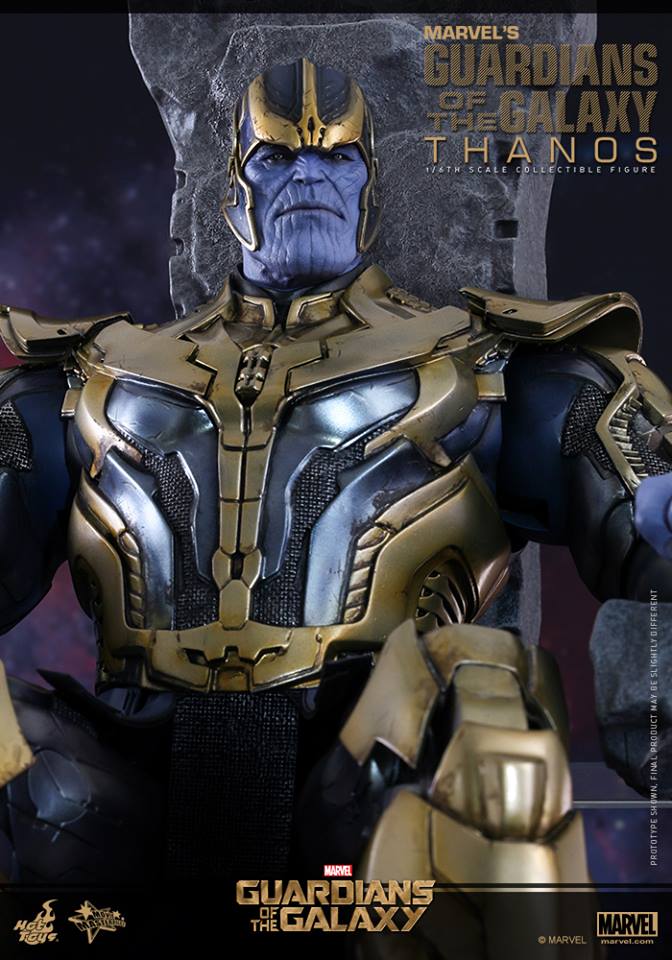 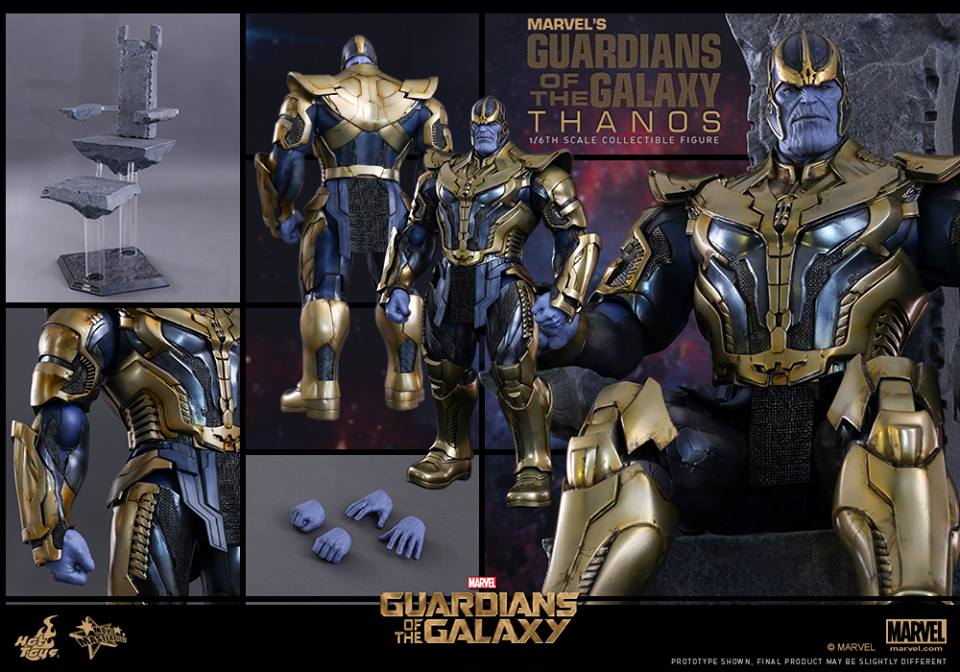 That is one amazing looking Mad Titan!
Funny though, this will be the only time you'll see Thanos standing for the next.. THREE YEARS...
Seriously, after sitting for so long his feet must be so numb his legs have to be either dead or in a coma.