Just when I think I am out, they pull me back in. 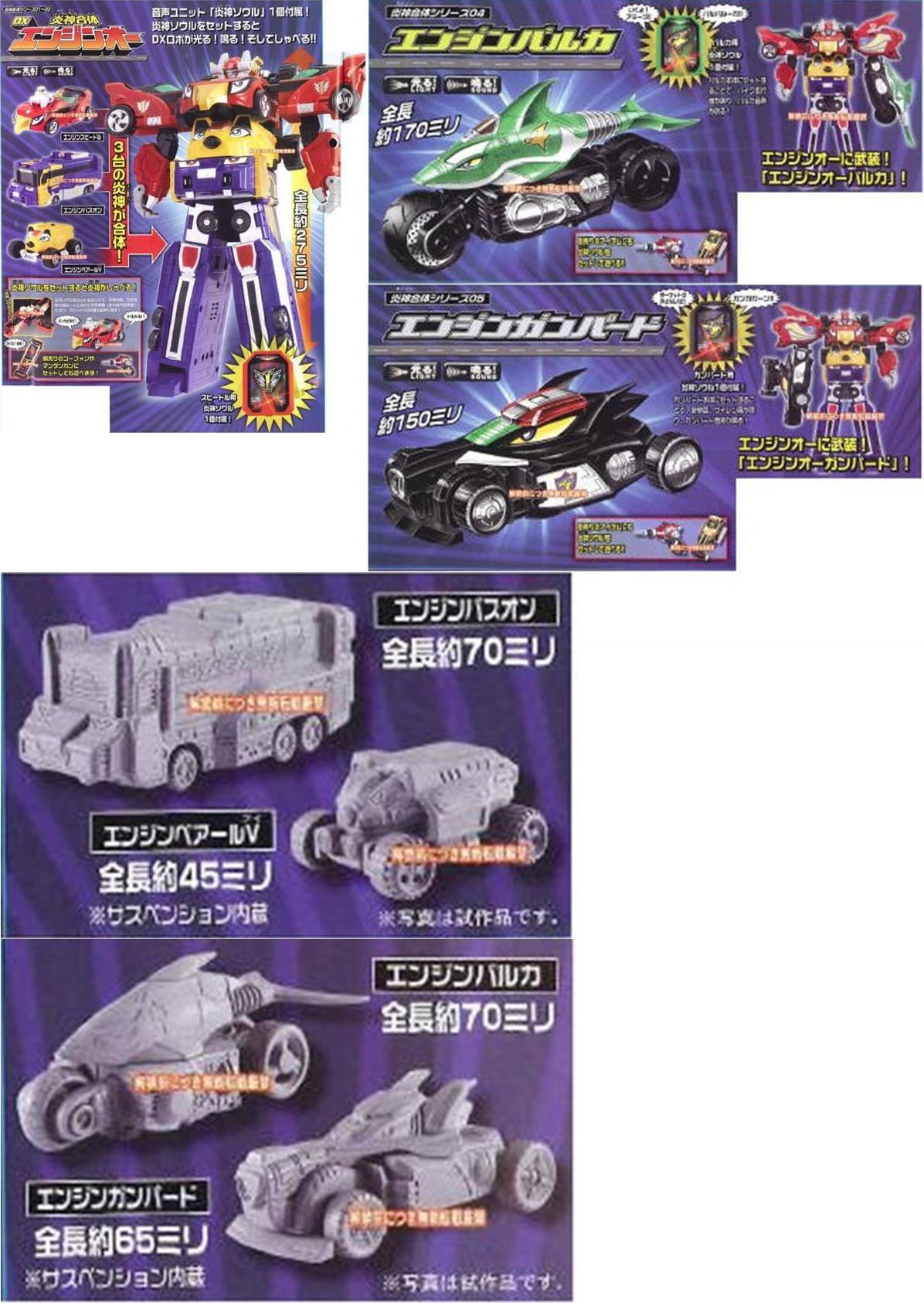 These are all due out in Feb 2008. I can tell you I like the look of this series very much. It reminds me of Time Bokan a bit. You can tell that Sentai is having a hard time competing with other entertainment genre like video games and is trying to appeal to a younger audience, which is fine by me.

3 comments posted
Ya hit the nail on the head...

...with the comparison to the Time Bokan stuff.

At first, I didn't like how goofy the cutesy eyes on the individual vehicles looked...especially in the combined mode. It's now starting to grow on me, though. I never bothered with last year's Gekiranger--the way they did the animal theme in the robots/toys just didn't appeal to me at all.

This seems much more promising to me.

But you're right, Sanjeev- this does look a lot more promising that GekiRanger ever did! And look at the upgrades- they don't replace the entire arm, just part of it. That's cool! While I liked the new armor-upgrade gimmick from GekiRanger (someday when I get down to creating that original fanfic, I'm gonna use armor-upgrades as the primary combining system), they just didn't make any that I liked, save perhaps Geki Bat. Out of that whole season, I'm only gonna get the hand-held Geki Tonfas and Geki Saber, and DX Juuken Gattai Geki Fire.

Anyone here remember the data cards that they used in "B-Fighter Kabuto"/"Beetleborgs Metalix"? Each figure, weapon, and vehicle came with a black plastic ABS coded card that you could insert into the morpher device or scaled weapons, and make them perform unique light-&-sound F/X. Goonger looks like it's gonna be like that... but with a cellphone henshin device and a fuel pump nozzle gun/sword. (BTW, how funky is that weapon!? Weird but funny at the same time. If it pans out, I might get one...)

A bus? That's different; they used to do vans or trucks, but never a bus. Interesting.