Bandai Japan has updated their Tamashii Web site to include English-language descriptions of the S.H. MonsterArts Burning Godzilla. We've quoted some text below, but visit the page (http://tamashii.jp/t_item/33/) for the full article with lots of images. 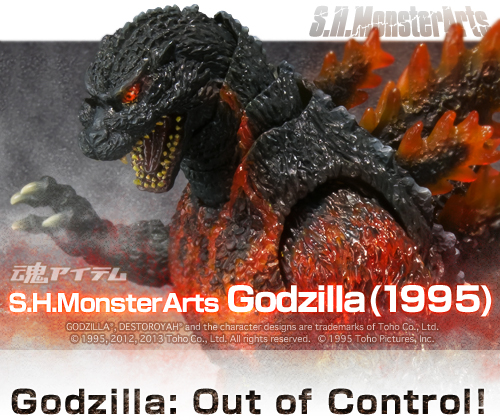 “Godzilla Dies.” That was the shocking tagline for the 1995 film “Godzilla Vs. Destoroyah,” and true to word, Godzilla really did die at the end of this masterpiece. The portrayal of 1995 Godzilla is already on sale in the S.H.MonsterArts series.

Now it is joined by “Burning Godzilla.” Alight with energy surging out of control within its body, Burning Godzilla is an iconic character from the Heisei Godzilla era. The prototype of the figure was sculpted with the participation of Yuji Sakai, who also worked on the actual film. Based on still photos from the production and his own memories, Sakai focused the same skills he used to create the “must-have” 1995 Godzilla figure. Take a look at the superb quality for yourself below. 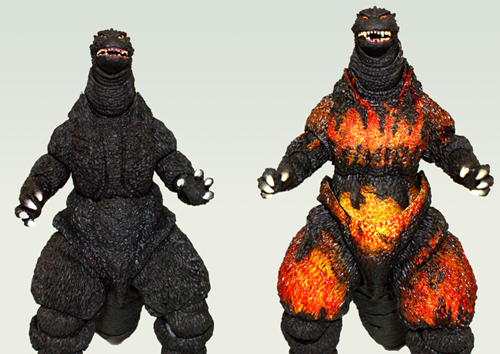 Using the first Godzilla (left) as a base, an all-new head, chest, arms, and legs were commissioned for enhanced volume and presence. Translucent material was used for all parts to give them a realistically fiery appearance.

View the full article on the Tamashii Web site