Trigun Vash 20th Anniversary Edition in 1/4 scale Elite Exclusive statue stands over 65cm tall and over 75cm width with his iconic energetic and dynamic pose dodging a barrage of bullets while capturing and freezing the moment when he swiftly shoots a steady bullets from his iconic AGL Arms .45 Long Colt revolver sculpted to the tiniest details by the renowned sculptor David Giraud who sculpted Trigun Vash statue in this dynamic details nailing down the great details. 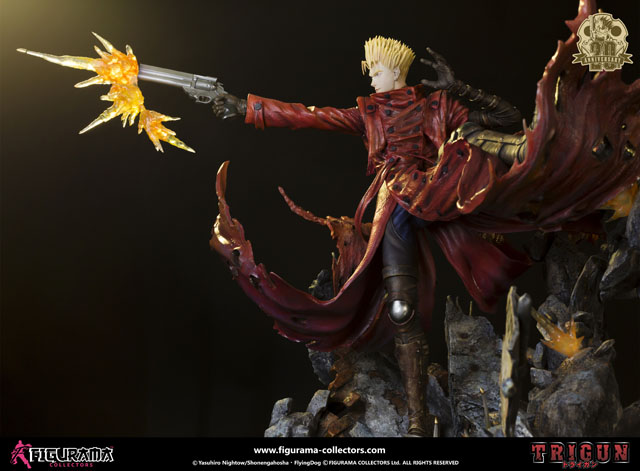 It's hand painted by Three Eyes Studio with many layers of premium paint to give the depth to the statue and bring it to life which we believe it's high level of painting which we will carry on to the production piece as well since we managed to do so with our previous 2 products Devilman VS Amon & Thor, the production paint exceeded the prototype. 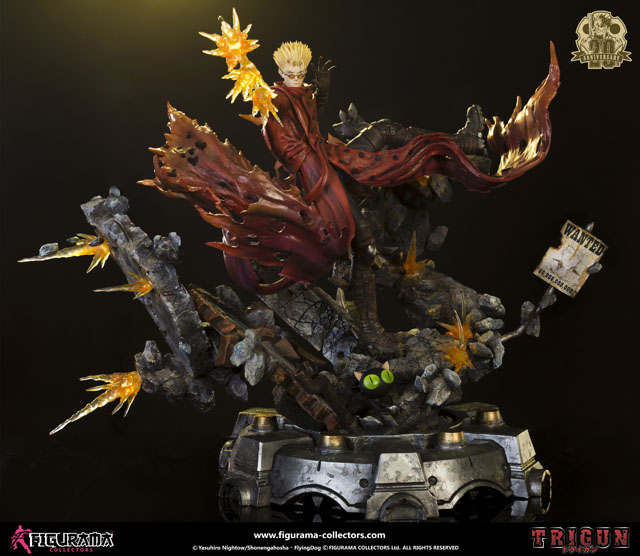 Trigun Vash Anniversary Edition will come with a golden badge that can be displayed on a stand, the size of the badge is 8x8cm which will add to the premium look and feel of the statue.

There will be a certificate declaring that this will be the exclusive 20th Anniversary which will make the statue a rare item to collect. 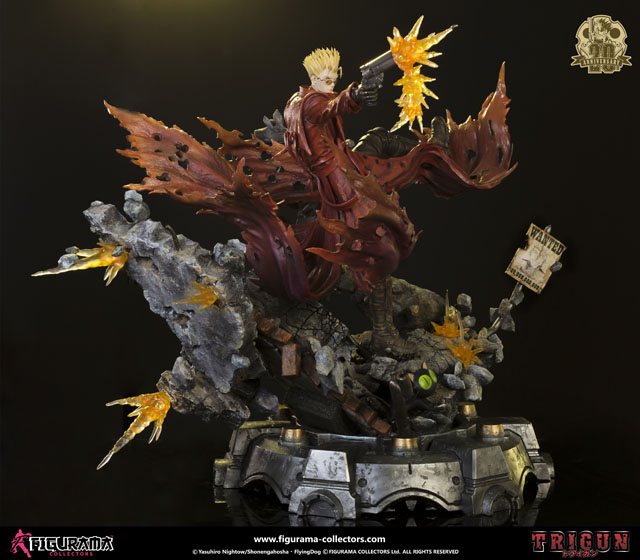 We will run the pre-order for a window of 10 days, will start from 250pcs as minimum quantity up to 400pcs as maximum quantity. The pre-order will stop either when we reach the maximum amount or by reaching the deadline of 10 days. 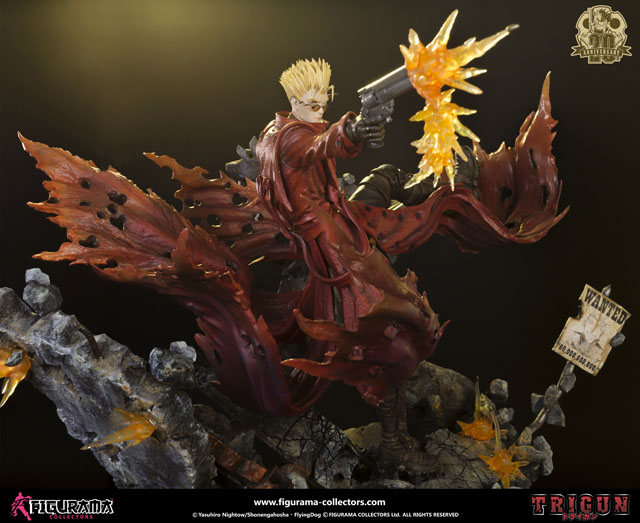 The retail price will be $755, since we always aim for a competitive prices comparing to the similar standards in the market. 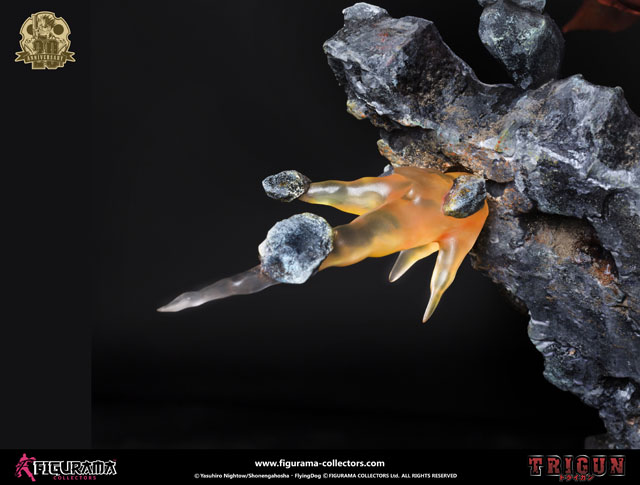 The region will be World Wide but we need to confirm North America region which we are working on it and should be confirmed before starting the PO date.

The Pre-Order date will start on the 1st of December. 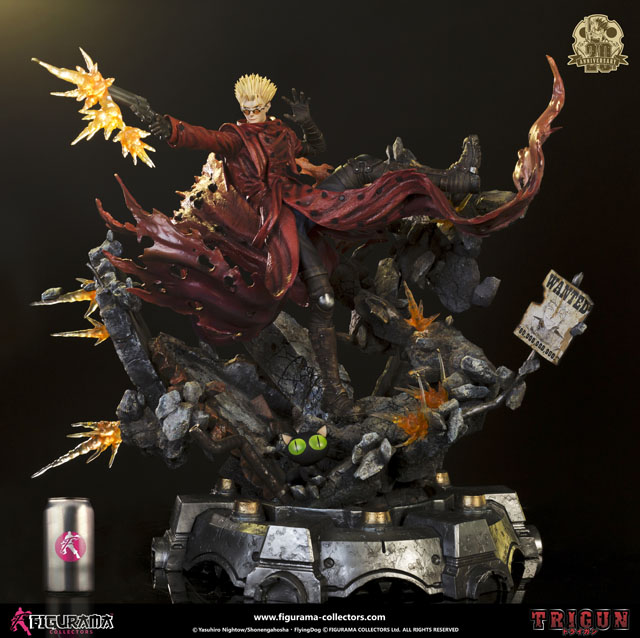 3- Comes with Certificate and Golden badge that carries the Anniversary logo 8x8cm.

6-Competitive price of $755 which is lower than the usual market rate for such a size, details and rarity of the edition.

7-The only statue for Trigun Vash in such scale and depth of details.

8-True Dynamic Diorama which is a signature of Figurama Collectors that can be viewed and displayed from all the angles 360 with same interesting level of details.

10-Made of Eco-friendly Polystone.