LEGO Group is expanding partnership to create construction toys based on the newly re-launched Teenage Mutant Ninja Turtles television series. The collection is slated to launch in North America on January 1, 2013 and will launch in other global markets later in the year. The companies have a long-standing relationship and first partnered together in 2006 to create LEGO SpongeBob Squarepants.

LEGO Teenage Mutant Ninja Turtles brings the action-packed adventures of Michelangelo, Donatello, Raphael and Leonardo to life in LEGO form with a series of vehicles, well-known scenes and iconic LEGO minifigures. One playset and select minifigures from the forthcoming line will be unveiled at the LEGO booth (#TK) at New York Comic-Con at the Jacob K. Javits Convention Center from October 11-14.

*Fans will also have a chance to win an exclusive minifigure character in a special raffle beginning on Thursday at 4 p.m. and again Friday and Saturday at 11 a.m.

About The Shellraiser Set to be revealed at NYCC:

SKU 79104 The Shellraiser Street Chase, which includes a pizza truck. 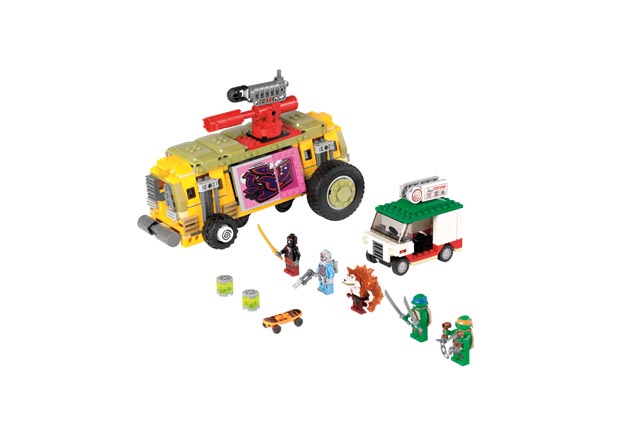