We asked for it and now we've got it... a glow in the dark version of his hit figure The Creature! And better still, it's both glow and clear! 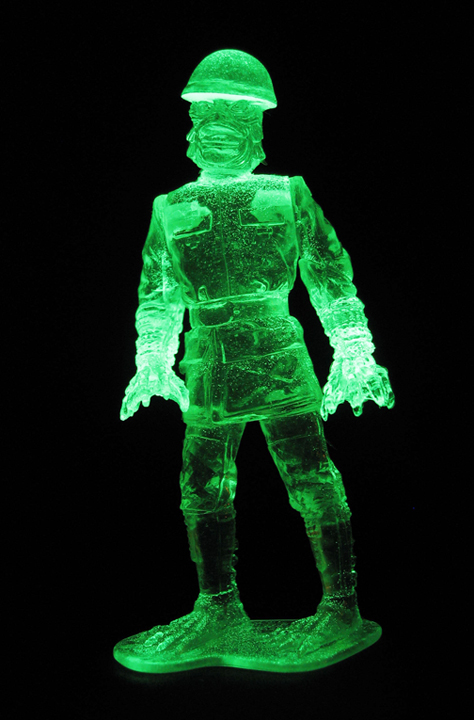 The Creature is limited to only 50 pieces and comes bagged with a header card. No carded version of this one is available. Price is $30 shipped in the US. 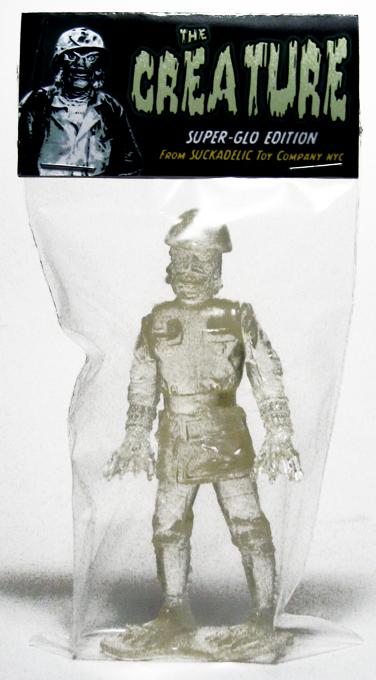 Also new from Suckadelic is the "Suck Shark Suckpeg" and "Miss Thing". 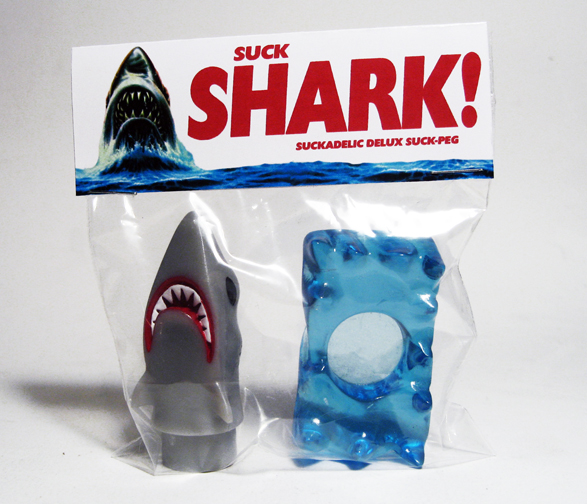 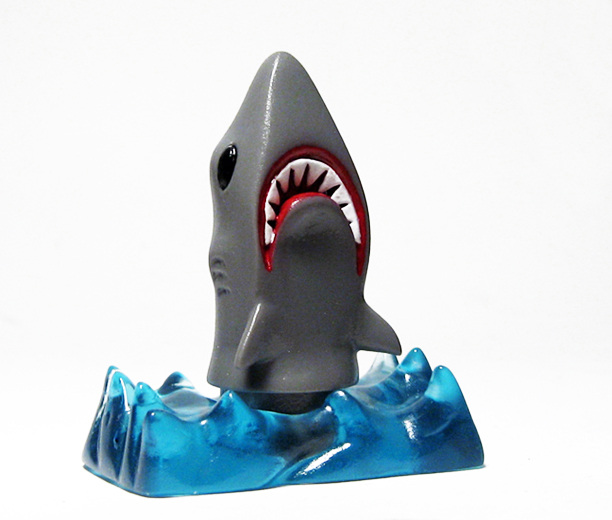 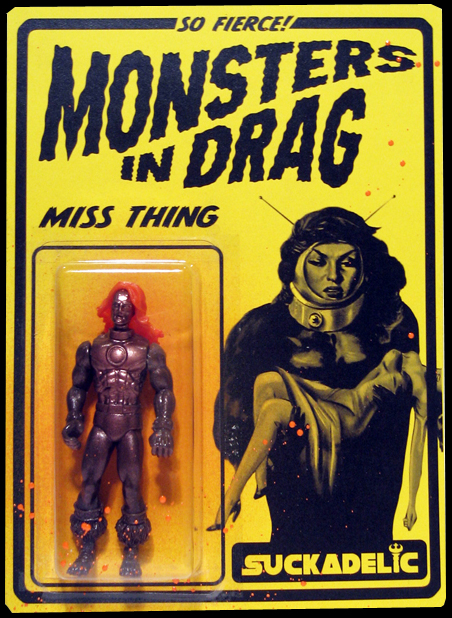 Glow and Clear mix together for a REALLY cool effect... never seen that before.

And the Shark is adorable.

Yeah, Nekrodave and I were talking about this the other night. Clear-glow is not a new thing. I couldn't tell ya who first developed it, but certainly the first to popularize it was Gargamel. They've done a few vinyls now that were shot in translucent vinyl with small amounts of glow powder diffused throughout the molten vinyl.

The effect is interesting, but I was never that into it. Basically, the problem is that only a small amount of the powder can be inserted into the vinyl solution, otherwise you compromise the structural integrity of the vinyl (it'll tear a lot easier). So, you get your translucent vinyl, but it's not nearly as clear as typical Japanese clear vinyl (it's kinda murky)...AND, when you turn the lights off, the glow power just isn't that impressive. So...instead of getting the best of both worlds (clear and glow), you get a sorta watered-down version of each...

I'm hoping this Suckadelic glow Creature fares better in the glow department. I know Matt Doughty from Onell Design has done a lot of hand-cast urethane ("resin") heads for his Glyos figures that are translucent, but with glow powder shot into them. They're pretty damn bright simply because he can insert MORE powder without risking a fragile toy--urethane's tough stuff! As such, I feel pretty confident about the Creature. Hence...I ordered two! ;)

New or not, I think the clear/glow combo looks great, at least in that picture. It gives it a real "liquid" look, which is cool in it's own right, but particularly for appropriate for this piece. It's like the watery ghost of a Creature soldier.