Recently I had a pretty cool experience when famed Japanese toy collector Tom Franck (formerly of CoolJapaneseToys.com) was back in town to deal with what remains of his childhood collection. His mom was selling the family home (and in a bit of small world coincidence, we later found out that she sold it to a friend of CDX alum Mason Fitch!) and he still had lots of stuff stored away that he had to go through and find a new home for, since transporting it all back California wasn't really an option.

So me and my friends John and Keith from Hero Envy stopped by to, ah.. unburden... him of all his old toys and comics! Immediately upon arriving, we had some sad business to take care of. We had to bid a "fond farewell" to Tom's box for the Mattel World's Greatest Monsters Rodan. 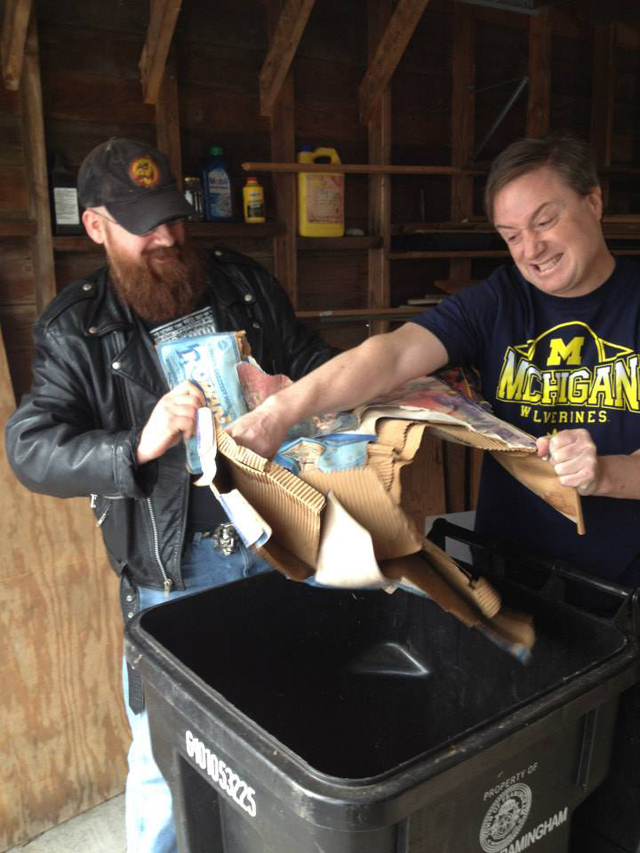 If you're looking at that picture in utter astonishment, trust me when I say that there as no saving that box. To read the sad tale of why this came to be, I heartily encourage you to check out Tom's blog post from April 18, 2002, which is still archived HERE. Although it focuses specifically on that Rodan, it's a great read for anyone who collects toys.

Anyhow, after that sad affair was put behind us, it was time to dig into the collection. They say that the early bird gets the worm and today was no exception. John had arrived before I did and already had all the comics packed into his car but the toys were still up for grabs! While Rodan and a few other pieces would make the journey back to California and be passed on to Tom's daughter, most of it would leave with John and I. While John got all the jumbo Shoguns, vintage model kits and some boxed die-casts, I left with all the loose Micronauts, some loose Ark and Shogun die-casts and a nice boxed Godaikin Gardian, as well as some vintage Ideal Electro-man toys! All of the Micronauts were in pieces so it was a lot of fun over the following few days to piece it all back together and figure out exactly what I had...while building a nice little "Microcity" in the process! 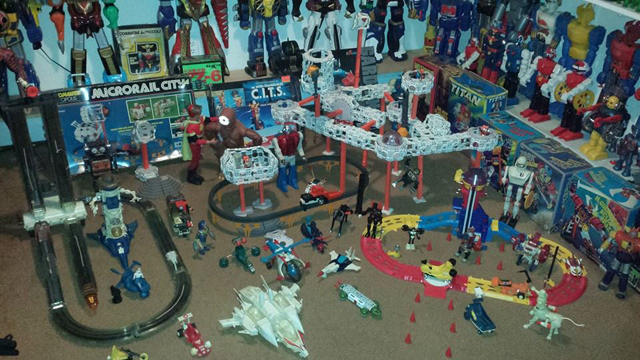 Between us two, we took nearly everything he had. I even brought a few old Dougram and Gundam model kits and a piece of super robot art that Tom did as a child for JoshB to put on display at the upcoming Super Robots Giant Monsters show. There were only two pieces that we didn't take. One, a vintage 2XL robot, John forced onto Keith who isn't really a collector and the other was this vintage Menudo figure that ended up getting thrown out. Only later would we realize how rare and expensive that figure was!

OK. I gotta come clean. That's totally photoshopped into an auction page for a carded Mego Green Goblin that sold recently, but really we had a lot of fun with it, joking with Tom that he must've been really bad that year for Santa to bring him that instead of some giant robots!

Once our cars were all loaded up, we reconvened in the living room to record an episode of John and Keith's "Swass-cast" (now in all audio format). Keith isn't much of a collector so John, Tom and I had a nice discussion about some of our favorite, and not so favorite, moments we've had as collectors. The highs and lows, if you will. Or as we called the episode, "Collecting Tops and Flops".

We also covered our top 3 favorite comic book cliffhangers and Force Five but those will be in later episodes.

Anyway, it was a really cool experience to help Tom re-live his childhood and to help preserve his collection even as we integrate it into our own. Lastly, if you're in the area and you wanna see more of John, he'll be showing some of his AMAZING super hero collection and doing appraisals in mid March at the Spellman Museum of Stamps and Postal history in Weston, MA. before joining us again at the SRGM show. 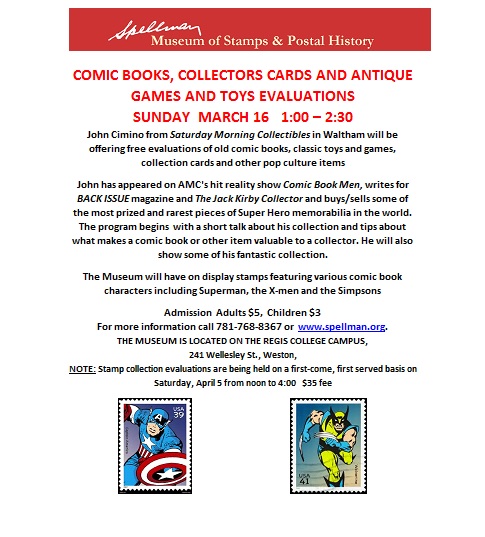