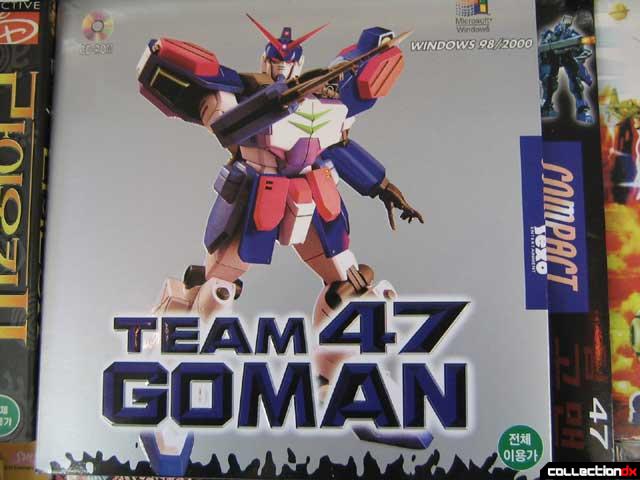 I've only been there maybe 7 times in the 5 years I've been in Korea- today I went back to find cheap anime and cheap robot themed games.... I now remember why I have only been there a few times- ITS JUST WAYYY TOOO MUCH and it's the sort of place that brings on a migraine headache because there's too much to see.

If you don't believe me type in "Yongsan Electronics Market" in a search engine and see for yourself. I'm not kidding or exaggerating- there'd be over 6,000 stores selling electronic stuff in the "city within a city" and it's impossible to really navigate thru it all without going bonkers.

I got lost in the Light Emitting Diode section only to then get lost in the fibre optic cable section followed by the transistor section etc etc. There's a method to the madness of hunting/shopping here... don't stay more than 2 hours or you'll vomit from electro-culture shock

In between "doume" (pronounced "do-me" - I kid you not) girls with short skirts screaming non stop into p.a. systems about "Cokeplay", HP, LG flash memory chips or some new computer game etc, one is occasionally able to concentrate on the subject at hand without being distracted.... 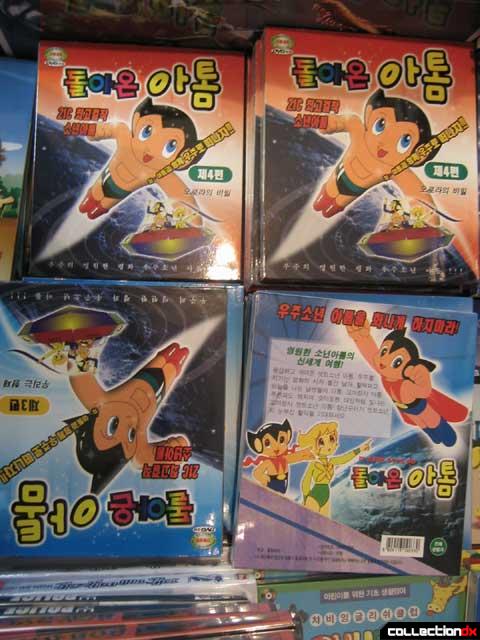 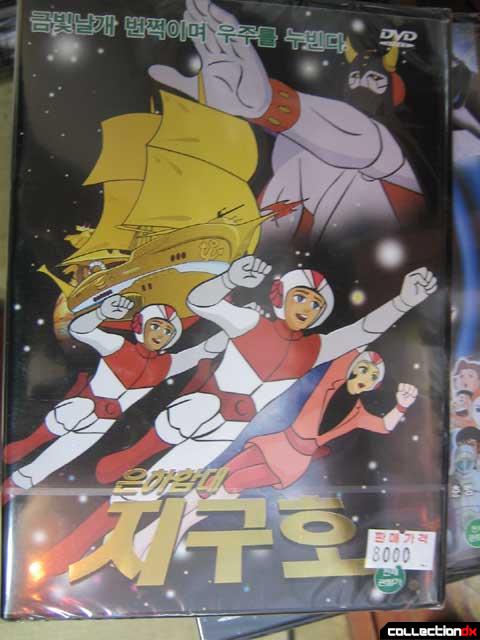 This is a set of 4 Astroboy video cds - look closely though and you'll see its that 1970's copy of Astro called `Mars' or `Marles' in Korea. I don't know much about this guy other than he is obviously unappreciated and is deliberately drawn on cd movie covers to resemble Astro. These were 12,000kw ($10 USD) for the whole set of 4.

Also, check out these 8,000KW ($7 USD) Korean 1970 animation dvds. 3 different movies with some retro looking figures...don't know anything about them other than the price. 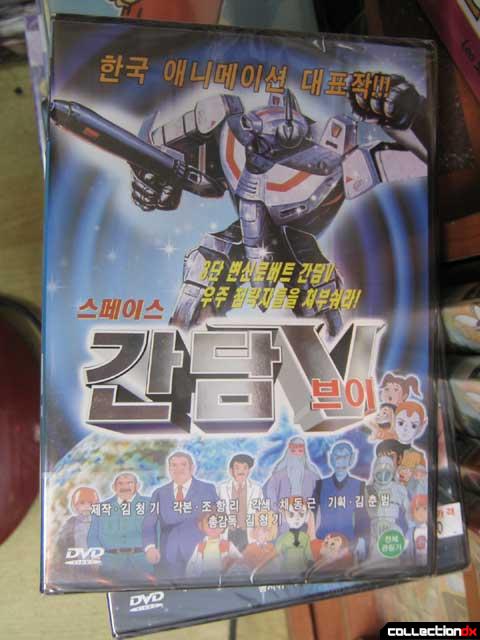 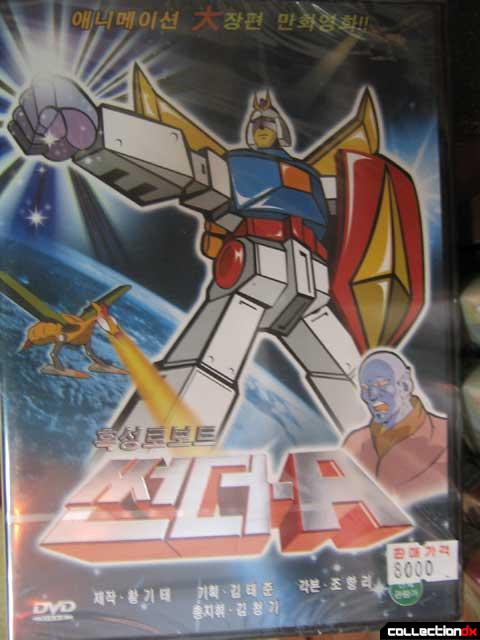 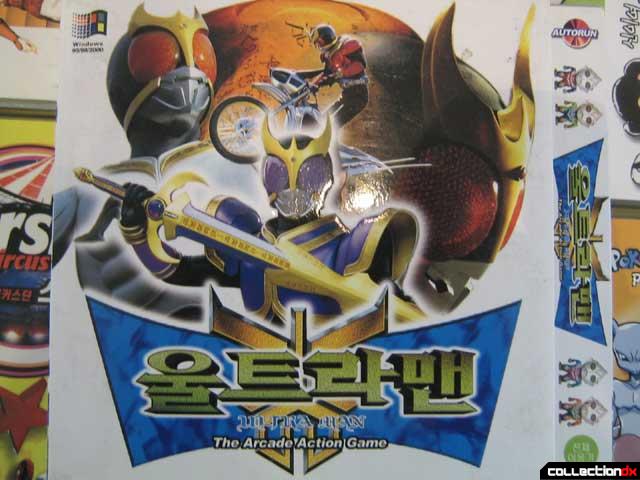 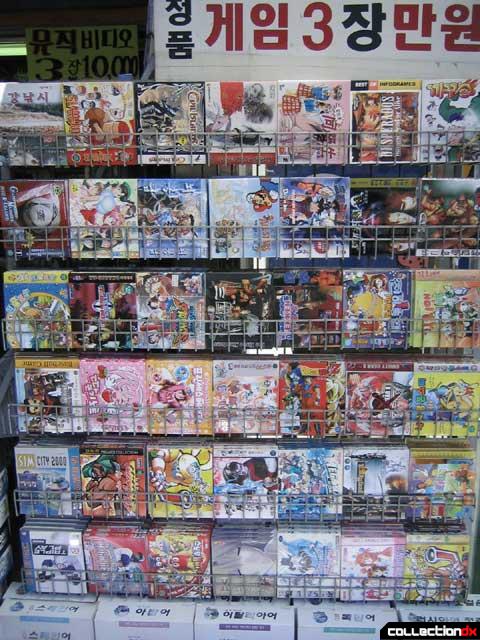 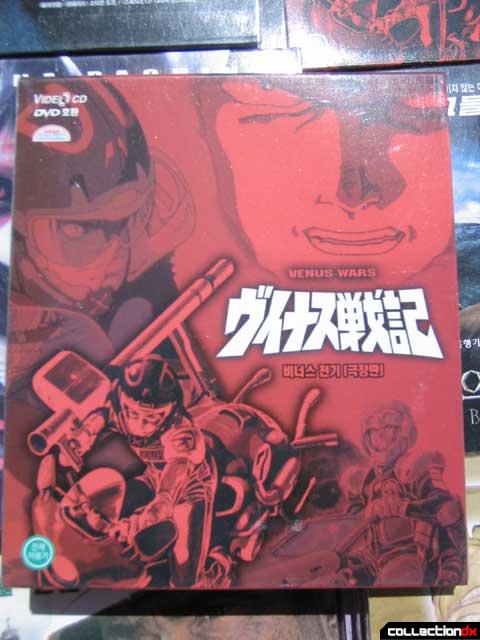 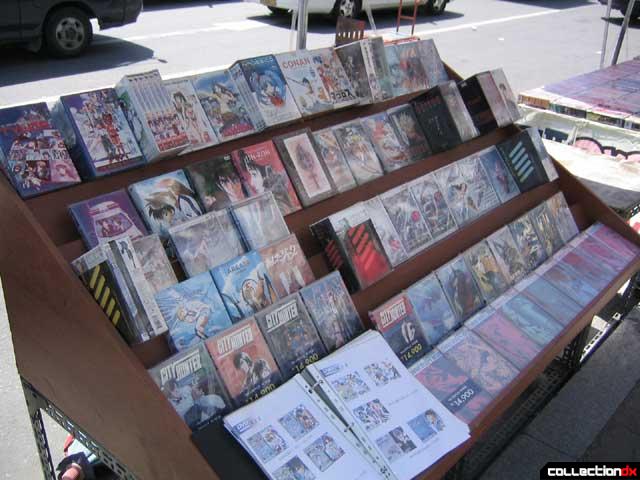 Street cart selling anime only...look at the size of the catalogue and each page had 5-7 titles. Everything from Getter to Mazinger titles and all at 14,000-17,000kw ($12-15 USD) each. There are a lot carts on the street selling anime in the area...too many in fact. 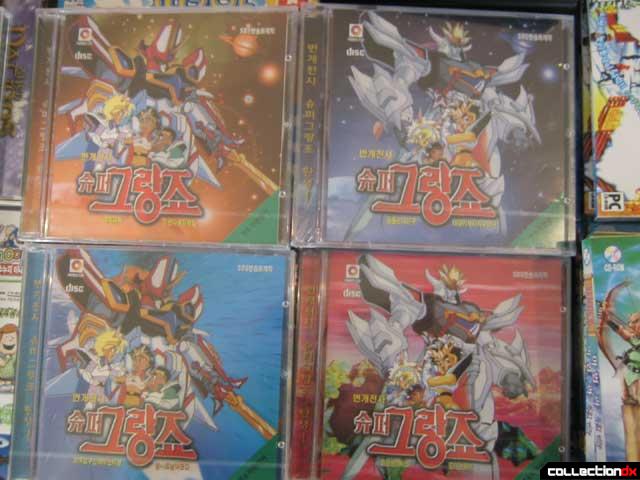