Here are just some of the figures available from Mattel's DC Universe lineup. 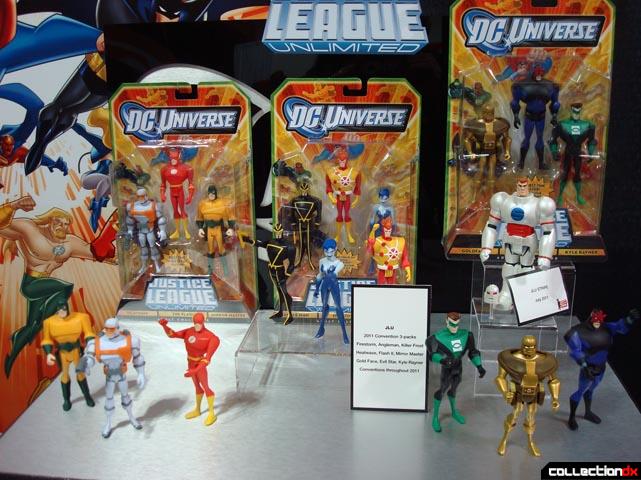 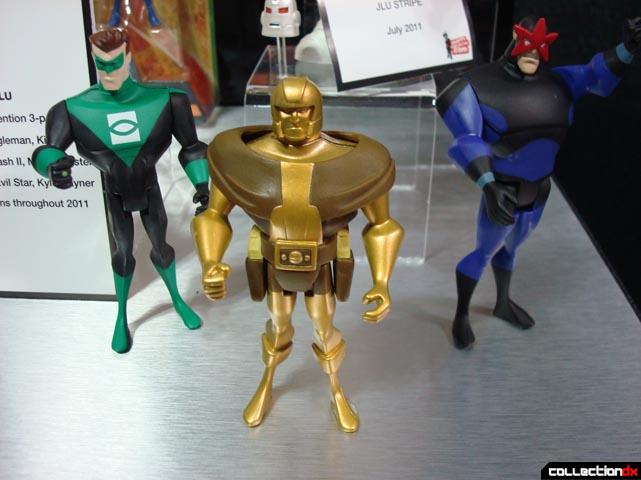 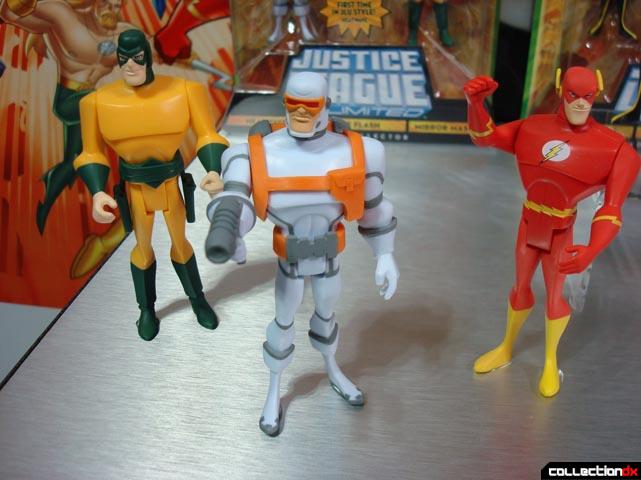 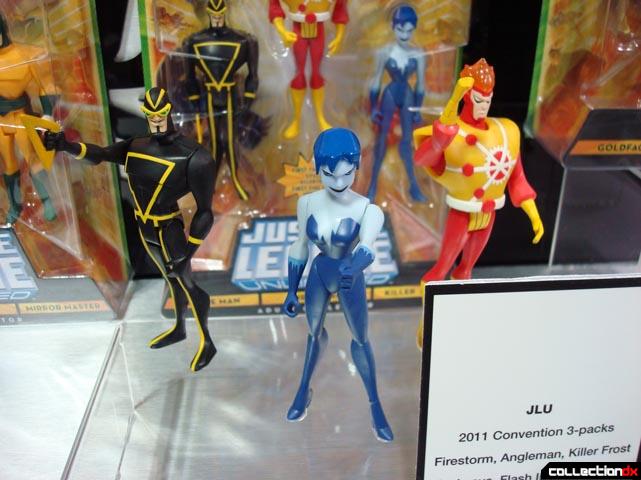 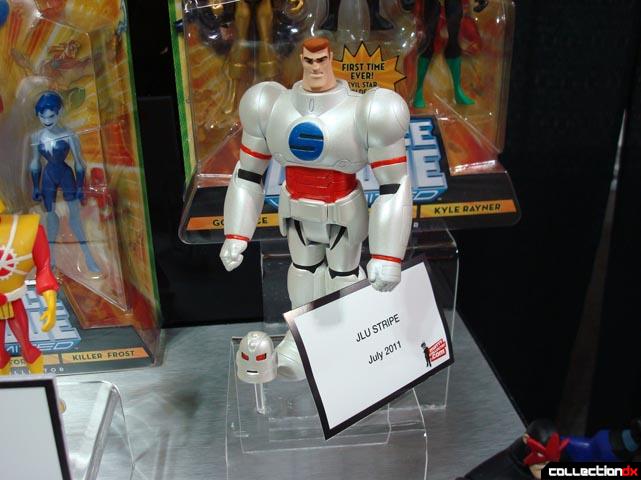 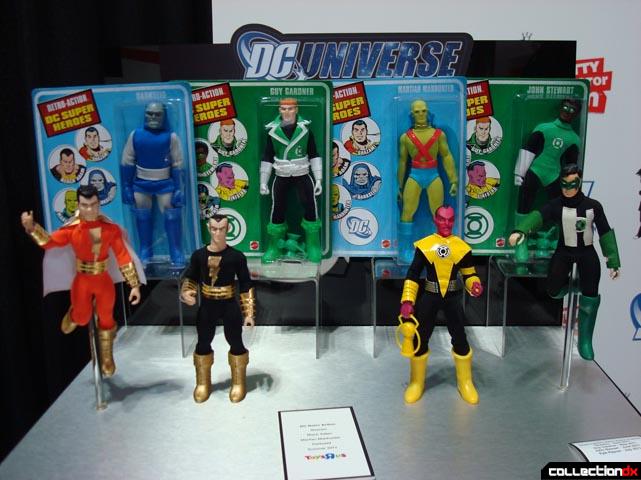 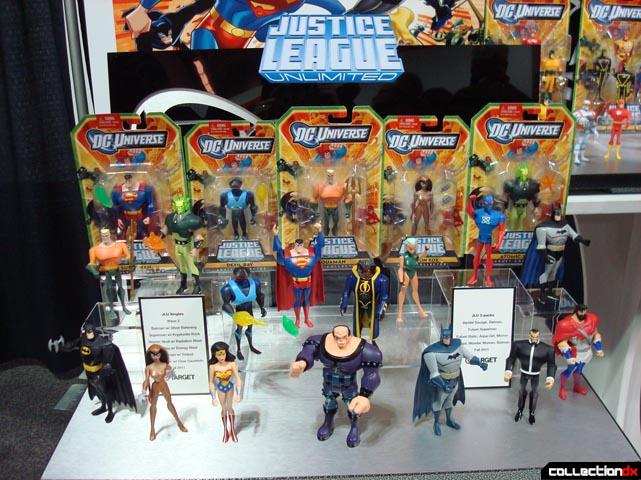 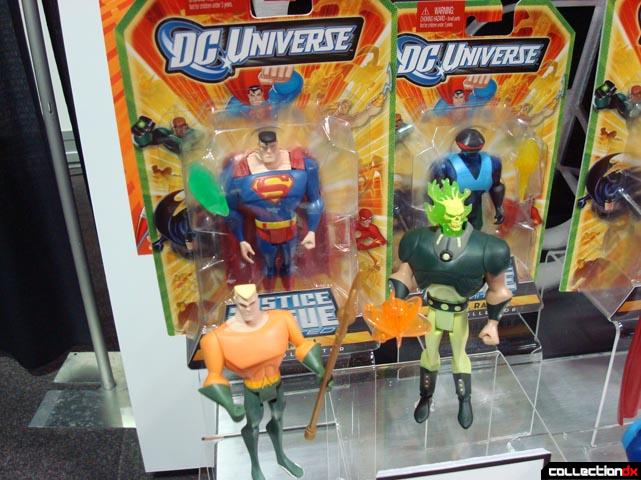 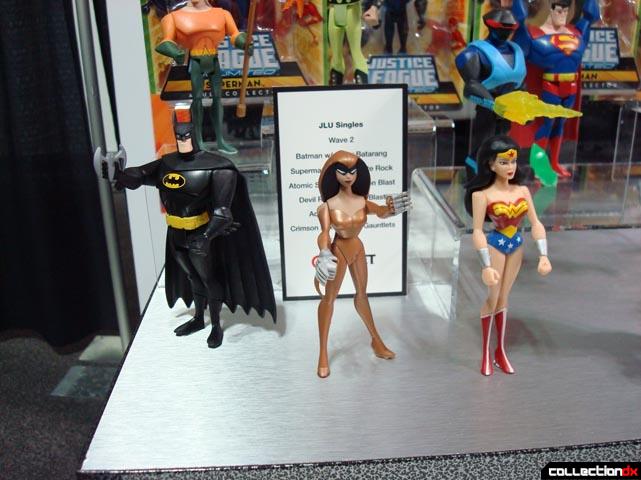 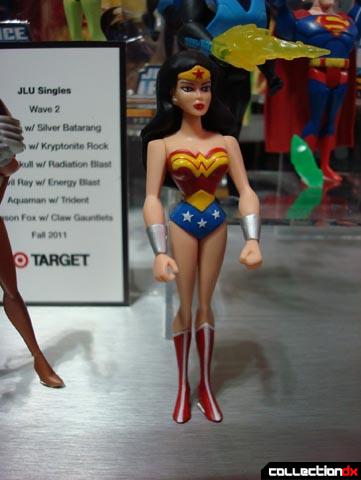 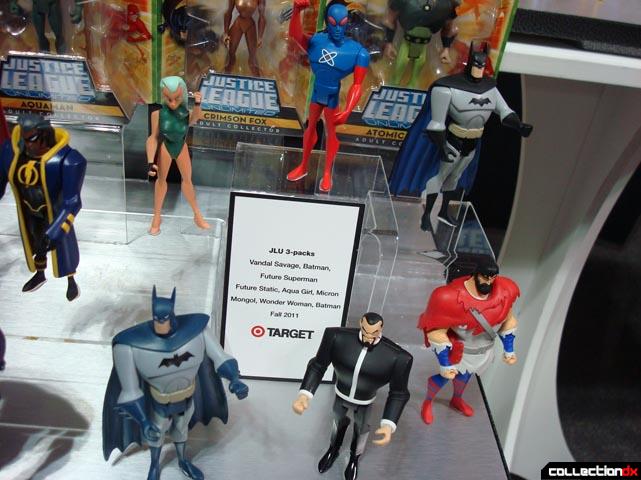 They're still making those silly JLU toys? They're as retarded as that cartoon (well..not totally retarded since I liked a few episodes that made sense). I thought they learned this lesson from Marvel Universe toys in terms of quality, proportion, and engineering. Looks like I spoke too soon.

I'm going back to Marvel Entertainment. They're not perfect but at least they're competent enough to give me what I want. I can't believe they've finally bringing out a ShIar Gladiator toy and that's sensational.

I loved the JLU cartoon and I think the toys capture the style which still has a huge fan following. But it is an acquired taste so you would probably be more into the DC Classics line which is sculpted by the Four Horseman.

I'm glad you love the series Mr. CHEN, but I have my reasons for disliking the show. Like I said before, there are some episodes that I liked because they made sense to me. It's one the saddest things for me as a customer to like less episodes and not all from a show.

This resulted from those silly toys with limited articulation thanks to the confinements of those cheap, cookie-cutter Timm-plates. This exemplifies why cartoon physics doesn't work in the real world. I don't care if they capture the spirit of the show, I want a toy that works as an action figure not a toy that's stiff and blocky.

But on the Marvel hemisphere of the world, I like most of their shows only because they make sense to me. Generally, their action figures are on par with the current DC Universe Classics as you say, so I'll give DC credit for that but I'm sticking to Marvel Comics...I still can' believe they're bringing my favorite Shiar Gladiator to the toyline. He's such badass.

Kay for one thing I'm a Marvel diehard, second I wasn't even replying to you but was stating a opinion in general or I would have hit the reply button. I also stated that it was an acquired taste and not for everyone but they must still have an audience if there still making it and if not there's the Classics line. Third, yes Gladiator is a badass but my man Thor has already beat him so nyah lol (can't wait for the movie).

"second I wasn't even replying to you but was stating a opinion in general or I would have hit the reply button."

Sorry Mr. CHEN. It was an accident and I know this sounds corny but accidents do happen.-__-'

But you gotta give me some credit for agreeing with you about DC Classics made by Four Horsmen though.

As for Thor and Gladiator, can't we all just get along with them? They're our homeboys! =)