Ninjago was the BIG line Lego had on display. While a full-on theme set it is also a customizable game. Here's the official press statement.

LEGO builders help 4 young Ninjas master the art of Spinjitzu, one of the lost martial arts, to save the world from the Evil Lord Garmadon and his skeleton army! This exciting new hybrid play theme combines all of the building and role play of traditional LEGO themes with an exciting new social gaming experience that mirrors the art of Ninja spinning to defeat enemies. 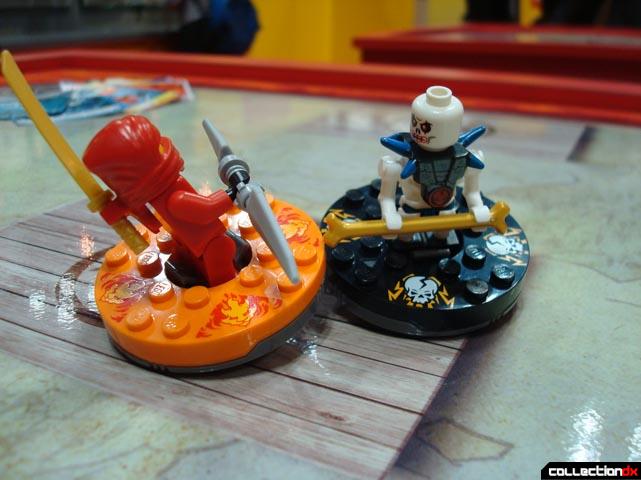 Ninjas? I'm in. Spinning top game? Um, didn't Lego get the memo.... everyone tried that last year. This year a top game was nowhere to be seen. Still, the line looks very nice and the Asian motif with dragons is great. You can get the full breakdown on the game aspect of the Ninjago line at ninjago.lego.com. 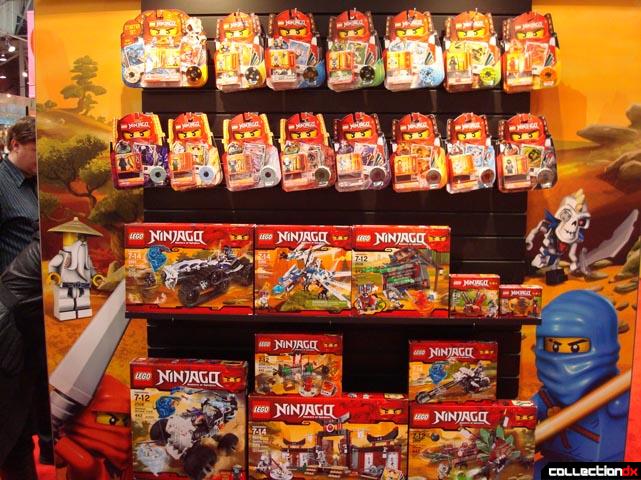 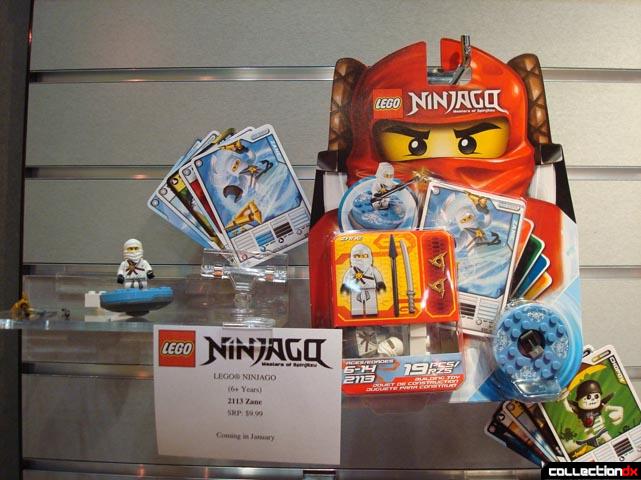 So the set starts with the individual figures which you can buy separately and include all you need to play the actual game of Ninjago with friends. 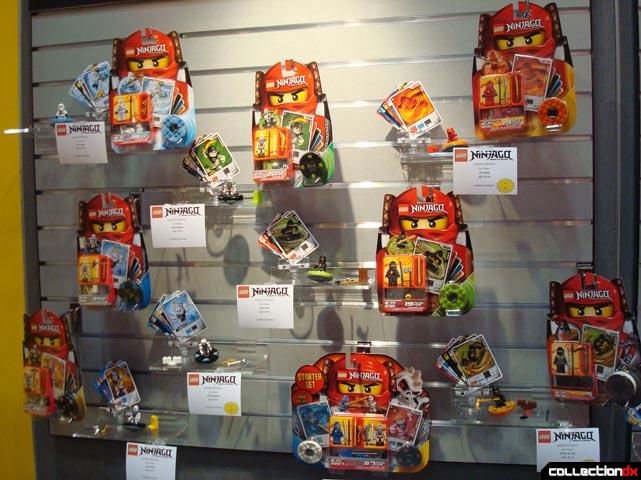 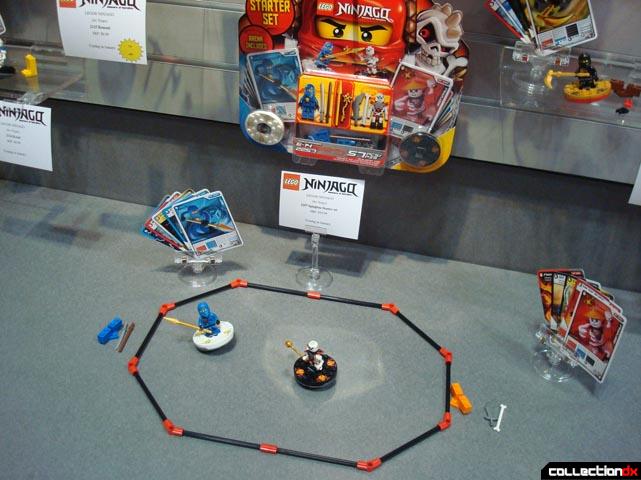 From there it becomes more of the familiar theme/adventure sets we expect of Lego. With a variety of sets and vehicles. 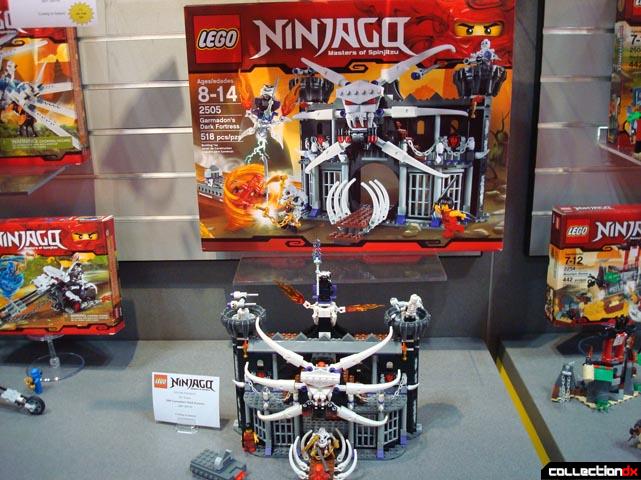 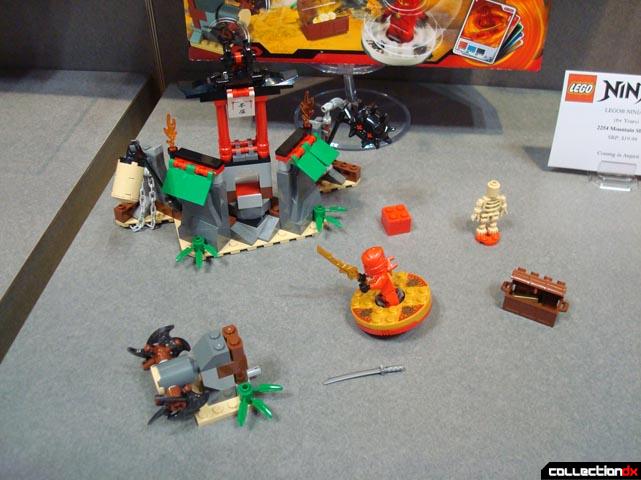 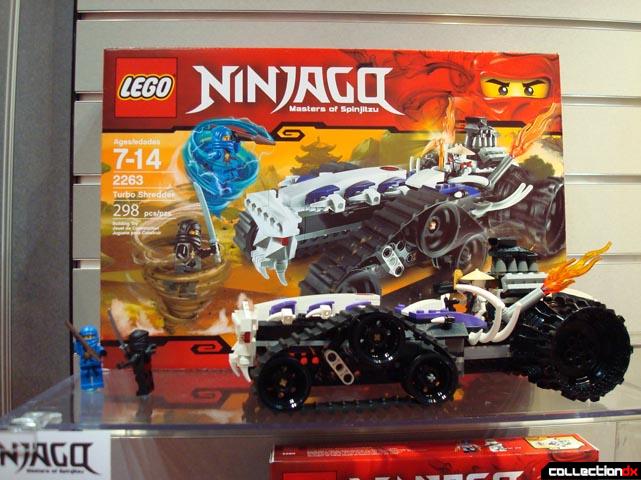 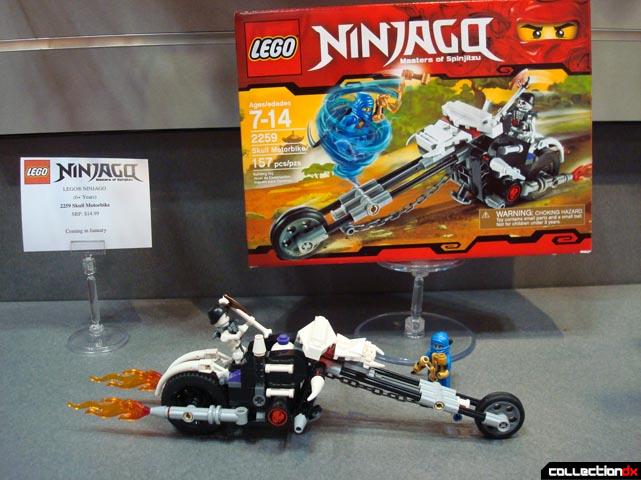 Yes, vehicles. The set also features a quasi-steam punkish theme too it while giving us Ninjas and dragons?! That's a win, win, win. A triple win! 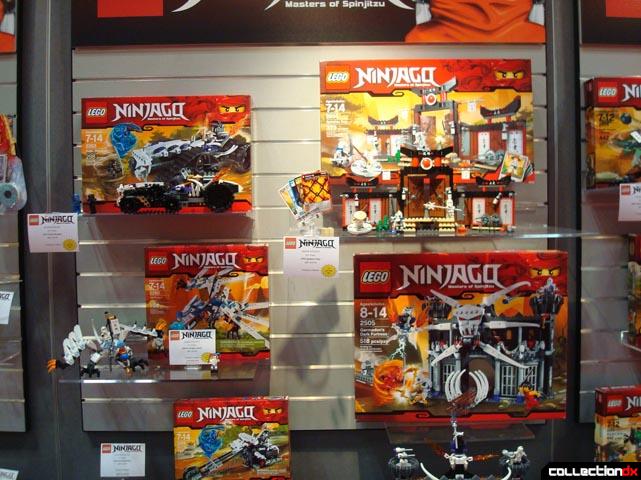 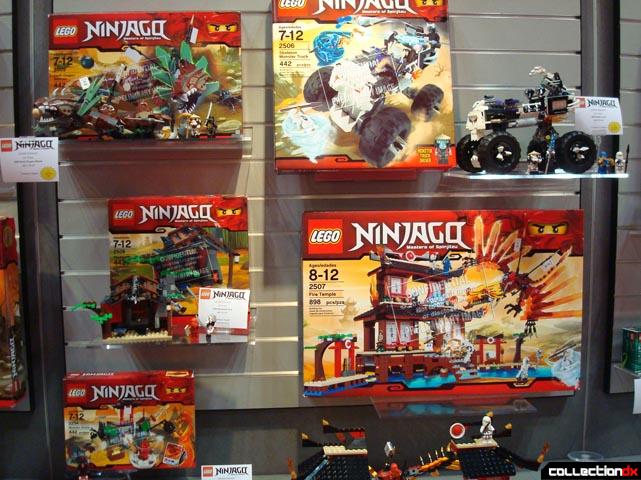 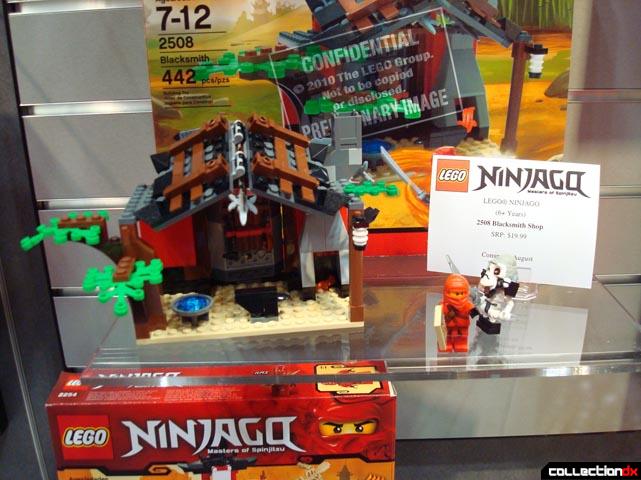 The Spinjitzu Dojo includes 3 minifigs and cars and parts for the game. It appears that not all play-sets include game pieces and is unique to the Dojo and game figures 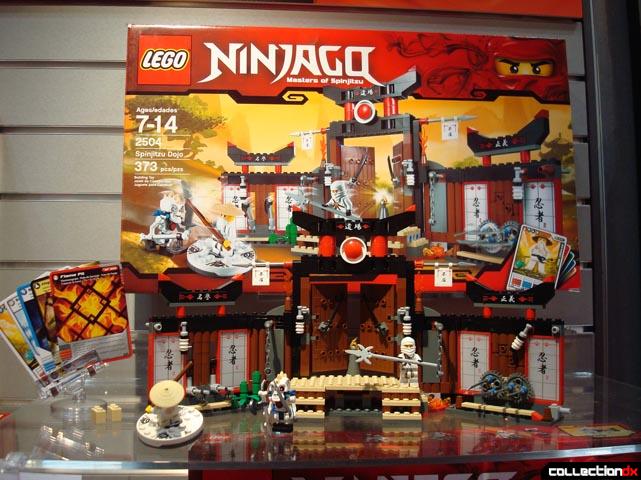 Then there is the main playset, the Fire Temple which includes the Fire Dragon and 8 mini-figs. I never get tired of these bigger sets from Lego and the imagination that goes into them. 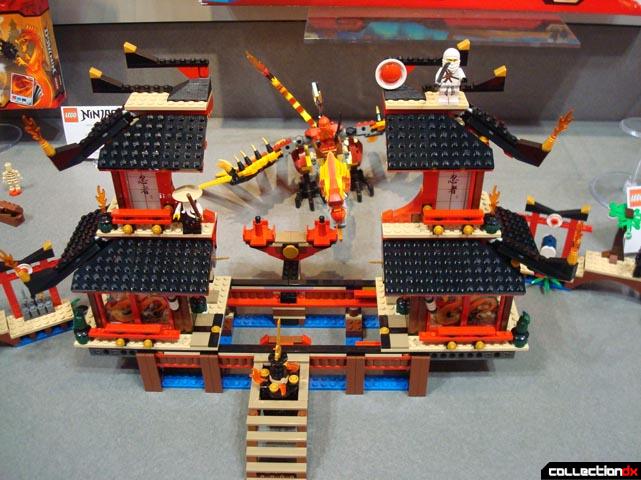 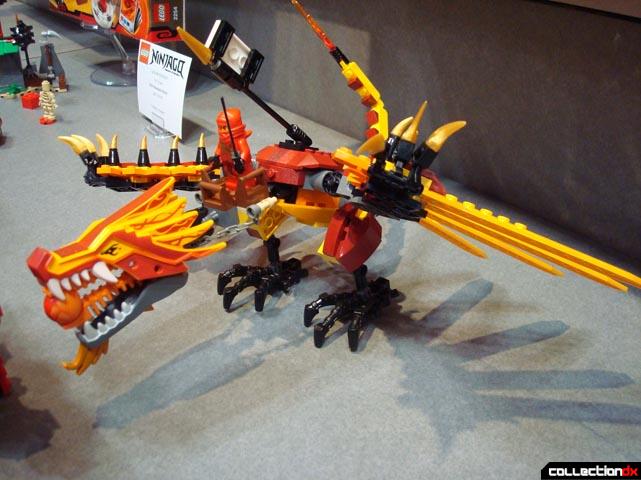 And not just in this article in particular - all of it. I don't know if you are spreading them out by plan - or just as a result of the work it takes to get them posted - but I think staggering the articles likes this makes it much more enjoyable. Excellent work. Thanks CDX.

a bit jumble isn't it?