Power Rangers returns to Saban Entertainment this year and this season will be Power Rangers Samurai. Since I do not follow Power Rangers on a regular basis I will let Carol from Bandai tell you all about it. Be sure to watch the video above for all the details. 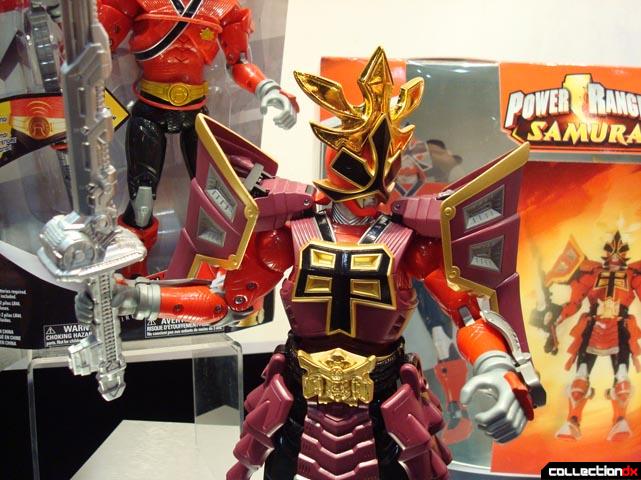 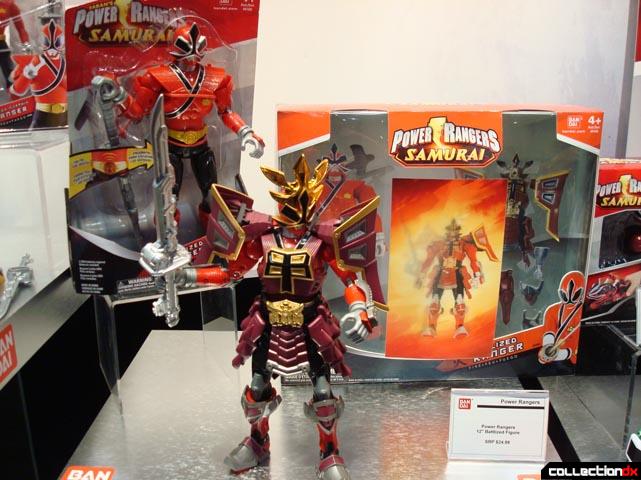 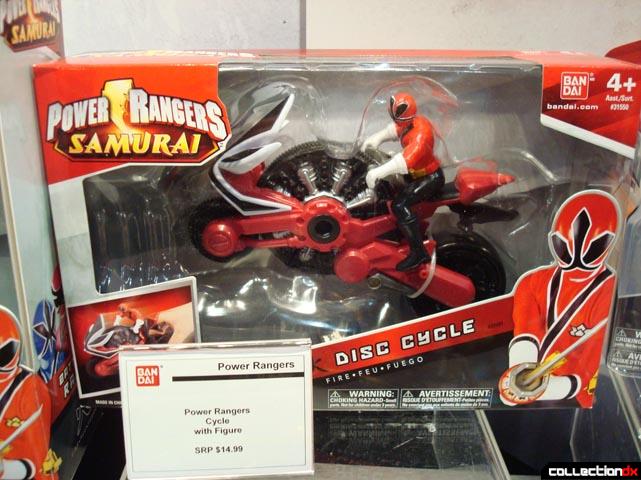 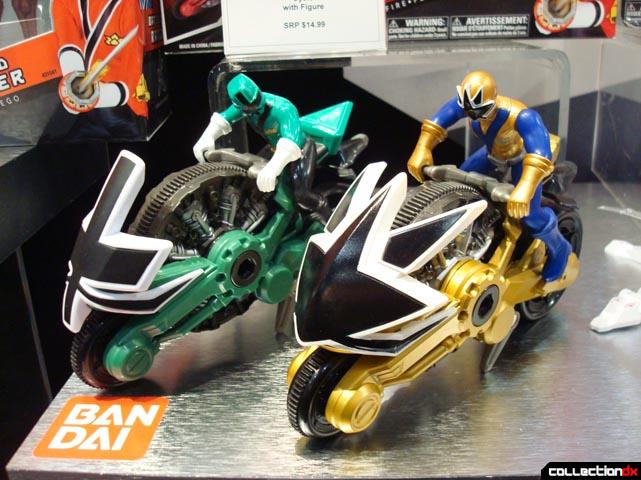 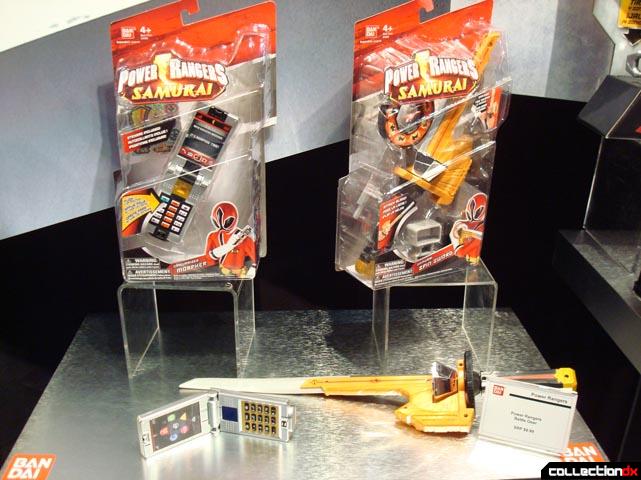 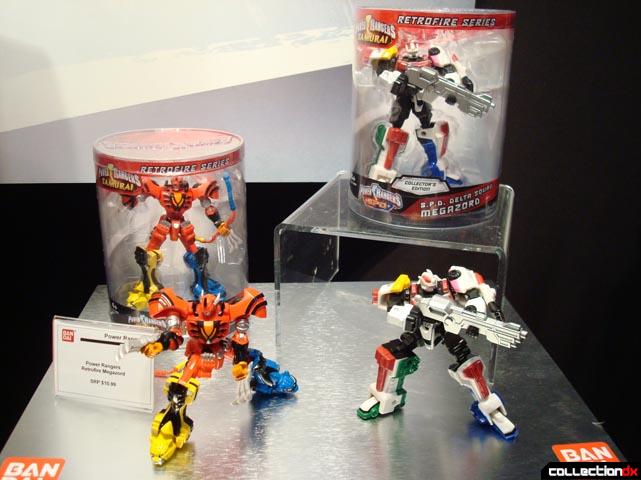 Press release Info provided by Bandai is below is below...

Power Rangers® is an iconic kids action brand universally recognized throughout the world. Entering its 19th year in the US, the Power Rangers franchise is back in the hands of the original licensor Haim Saban and Saban Brands. Premiering on Nickelodeon on February 7th, this unique live-action TV series allows boys to “morph” into their first super-hero experience where teamwork is the key to good winning over evil. In this latest installment, a new generation of Power Rangers must master the mystical and ancient Samurai Symbols of Power which give them control over the elements of Fire, Water, Sky, Forest, and Earth. 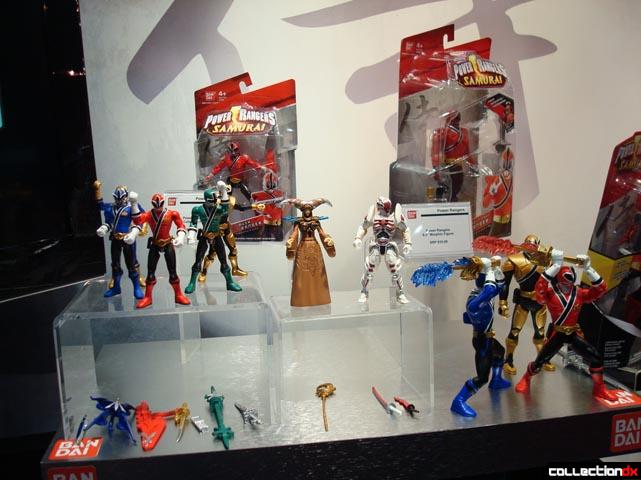 Together, Bandai America Incorporated and Saban Brands are introducing the newest line up of Power Rangers toys! All aligned with the Power Rangers Samurai TV series, the line includes action figures, vehicles, role-play items and Megazords which are unique to this brand.

4″ Figure ($6.99 SRP/Fall 2011):
Each articulated Ranger has a Samurai style with ancient powers making these figures the heroes who protect the Earth. The Rangers include the Samurai Spin Sword and special unique weapon making the Rangers ready to battle! Crafted with great detail and quality, kids and collectors can play or display their favorite figure in their own environment to recreate scenes from the TV show. 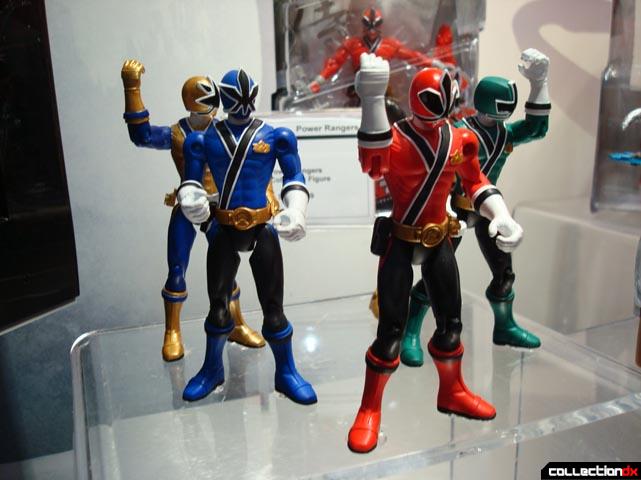 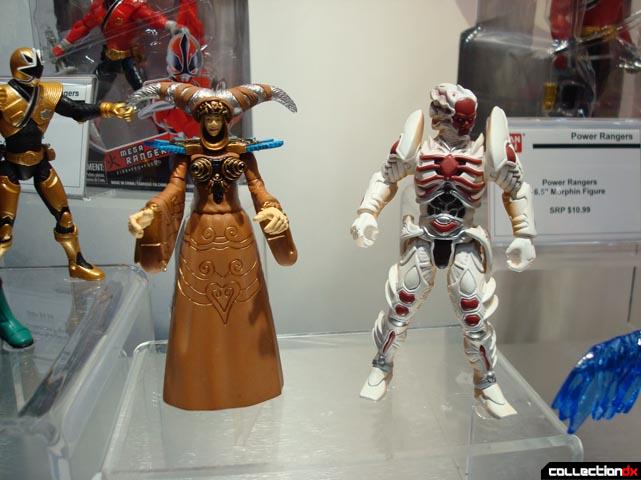 6.5″ Morphin’ Figure ($10.99 SRP/Fall 2011):
Watch as the Switch Morphin Power Ranger morphs from his secret civilian identity to his heroic Ranger mode at a flick of a button! Utilizing Bandai’s toy technology; this superhero has MegaMode Power and is ready for action in a snap! Each Sword Morphin Ranger is ready to protect the Earth from evil! Flick a button to make a quick swoosh of the sword – this is sure to keep evil villains away! 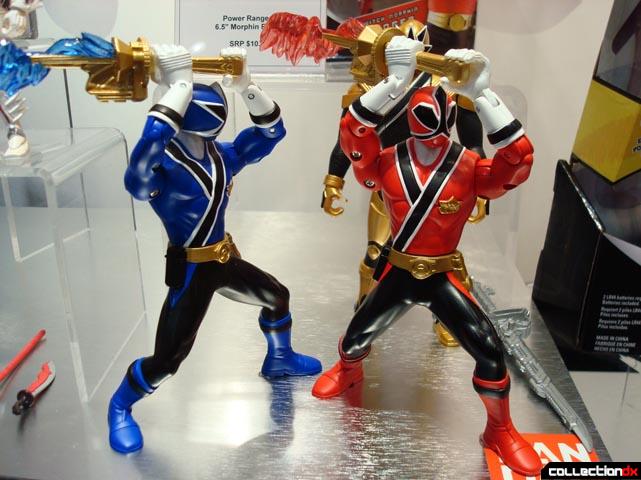 Deluxe Megazord ($29.99 SRP/Fall 2011):
The Power Rangers iconic Megazords return with a sleek Samurai look for 2011, and are a must-have for both children and collectors. Morph the ClawZord into battle Megazord form or into the Samurai ClawZord. Three ways to play: 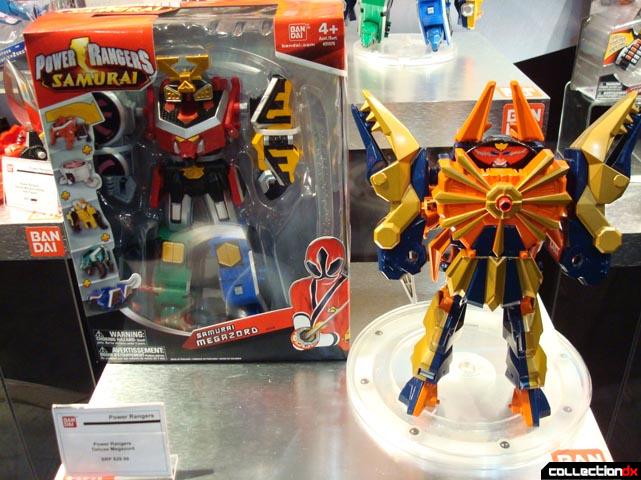 Morph in Megazord mode Morph in Zord mode, or Collect and combine with the ZordBuilder Collection (Cycles or Zord Vehicles) to create your own master Megazord! 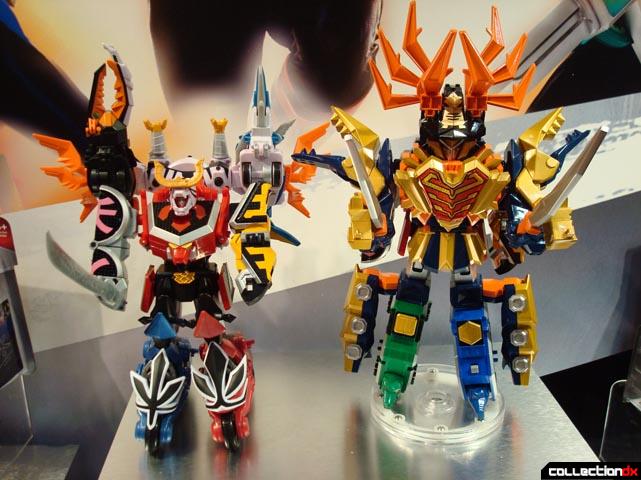 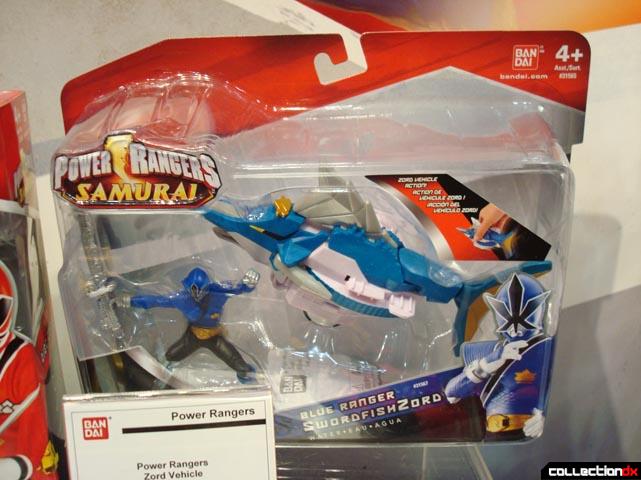 Deluxe Role Play ($24.99 SRP/Fall 2011):
Kids can wield the awesome power of their favorite Ranger with the Samurai deluxe battle gear! The futuristic sword not only swings open from its compact carrying mode at a pull of a trigger, but it extends 2 feet long. Conversion and multiple battle sounds allow kids to reenact their favorite action where good prevails over evil. 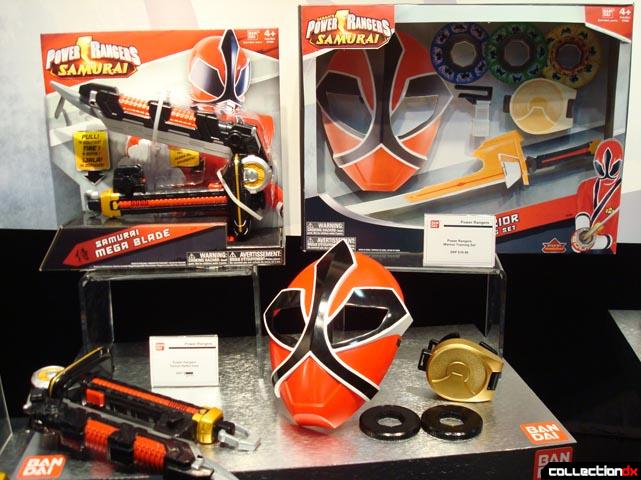 4 comments posted
I... want a Battlizer?

Seriously, that thing looks awesome. So too do the motorcycles, though I won't get any of those.

OMG, that kiosk rep kills me, just kills me! She's so on-script that it's sad. She sounds like she's talking to a little kid, not an adult collector who knows a hell of a lot more about it than she does. Atom, I'm surprised you didn't try to quiz her. BTW, not that I'm trying to sound sexist-or-anything, but why is a +40 woman selling an action toy line?

I JUST found out a few hrs ago that the enhanced-armor look of all those figures is what they will really look like inside the Samurai Megazord when they're piloting. This is how they have avoided the uncomfortable-to-translate-over kanji in the Shinken-Oh's cockpit. However, there are a few figures that will feature the typical skin-tight 'spandex' armor.
Enhanced armored suits that appear when piloting a giant robot? I'm genuinely impressed!

Okay, so let me see if I get this right...
Bandai America works with Saban to spend money for creating brand new swords for the Rangers when they're inside the Samurai Megazord instead of using the previously-established design, and then they make a giant version of the new one rather than the old one??? And they expect to make that money back when they could have saved a lot of it by NOT making a new one to begin with? Sounds like the ol' BA to me...

GOD! MY! OH! The Retrofire Megazords are back!!! (BTW, where the f**k are my Retrofire Titan and Thundersaurus Megazords?)

(Still debating whether to get the Samurai Megazord or not to review... if it takes me this long to decide, I guess I don't want it?)

I'm liking this line more and more, though I wish I was there to ask some questions. Great vid! Good job!

crikey, hearing that woman talk made me cringe at every second of that video

now about the figures themselves: i still don't understand why the americans always make the ranger toys so buff, while they look nothing like it in the show.
also don't understand the point of releasing rita into the line. will she be in the show?
while i do like the look of the battlized mode, i don't get why every red ranger since Space has to have a battlized mode.
megazord: meh, i'm quite happy with my shinken-oh