The Onell Design guys are a bunch of selfless bastards. I bet, if you asked, they would donate a kidney to you. Matt and his crew offered us space at the con to sell some CDX goods and our exclusive Wraith Pheyden. It was a great opportunity to meet a bunch of new people, and to witness the power of the Glyos System Series firsthand. 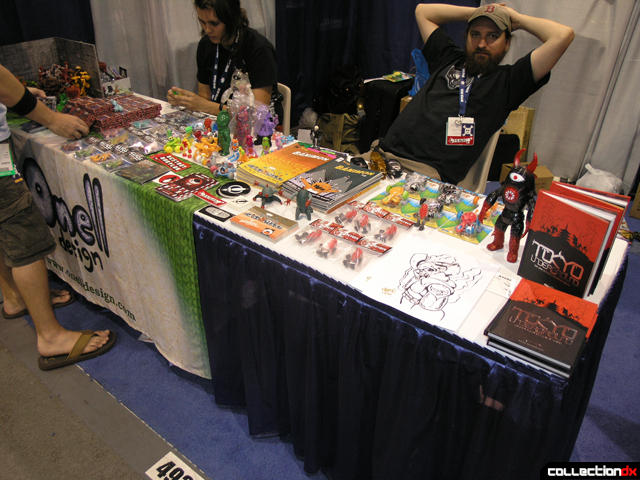 The new Glyos figures arrived a few nights before, and the crew had worked fevorishly to get them bagged and carded. They were so down to the wire that new figures were still arriving via FedEx well throughout the con. 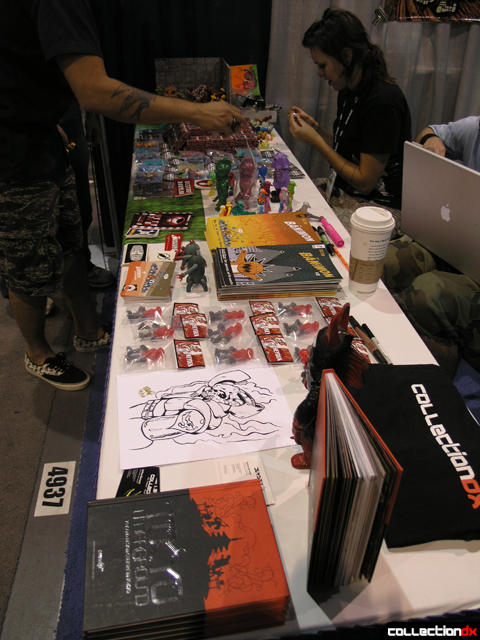 The Glyos System Series is universally loved, by kids and adults alike. Kids went MENTAL over the figures, and collectors bought a bunch too. There were kids that had come to the con years ago when Onell first started coming, and have now grown into teenagers, but they still are HUGE fans of Onell Design stuff. 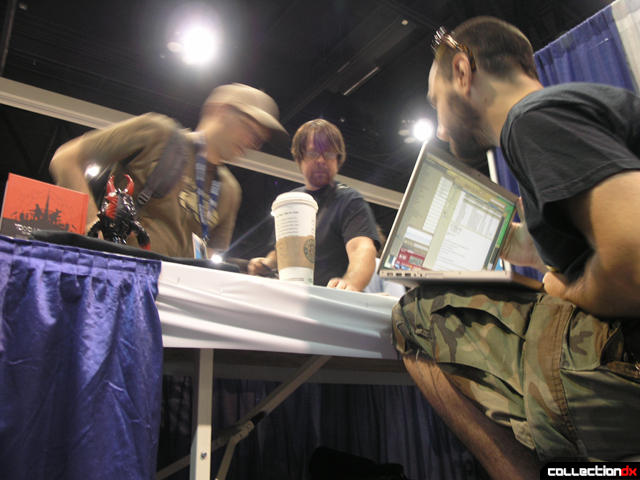 In addition to the standard Onell figures, they had hand-cast resin heads done by L'Amour Supreme. These heads were AMAZING, and people went insane over them. 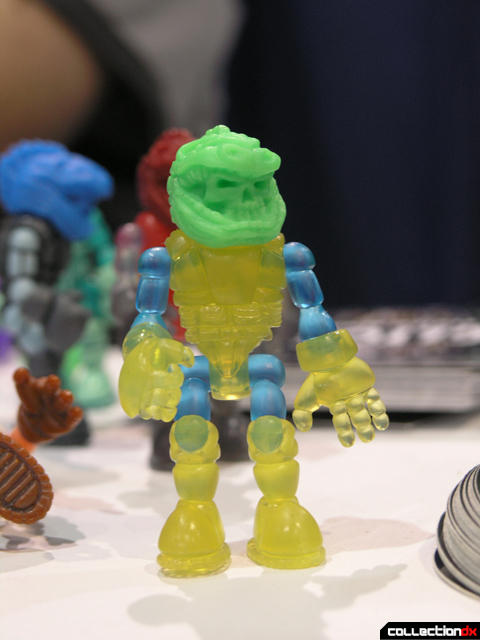 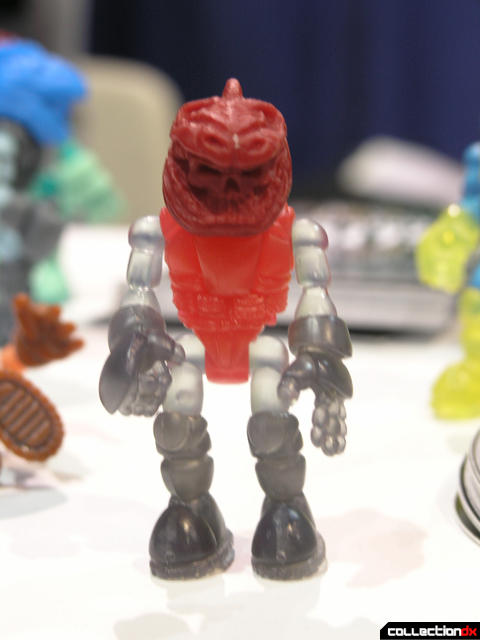 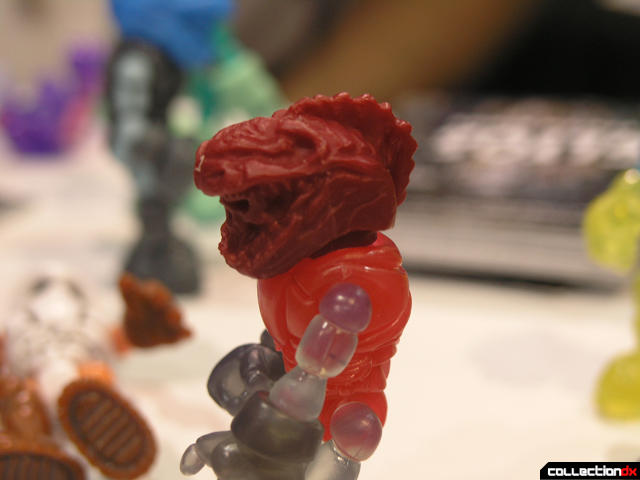 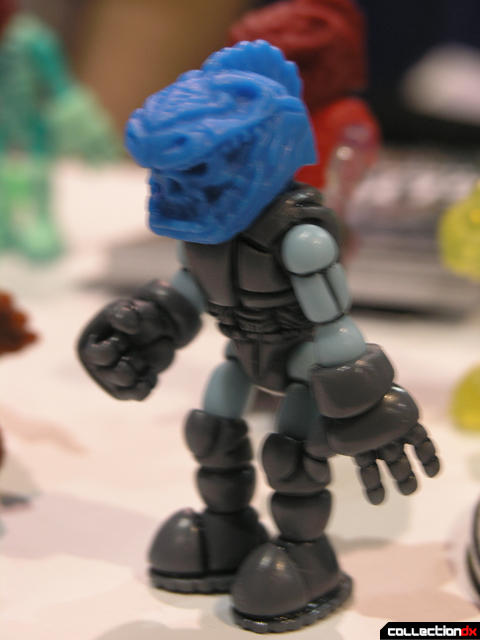 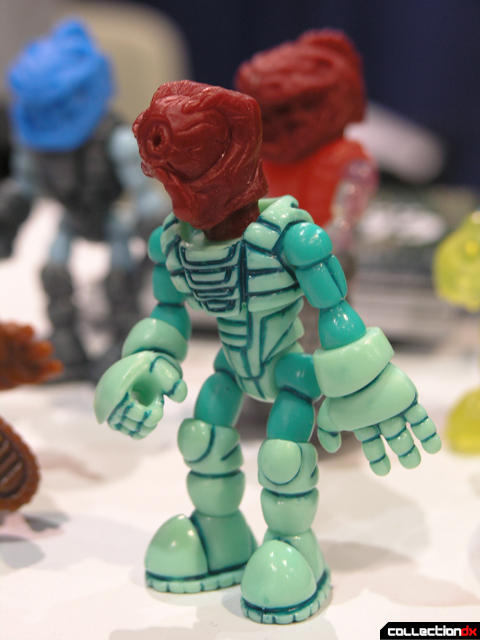 The late arrivals were the Triclops heads - there were only a few there, and I don't even know if they were for sale, but man, I NEED one. 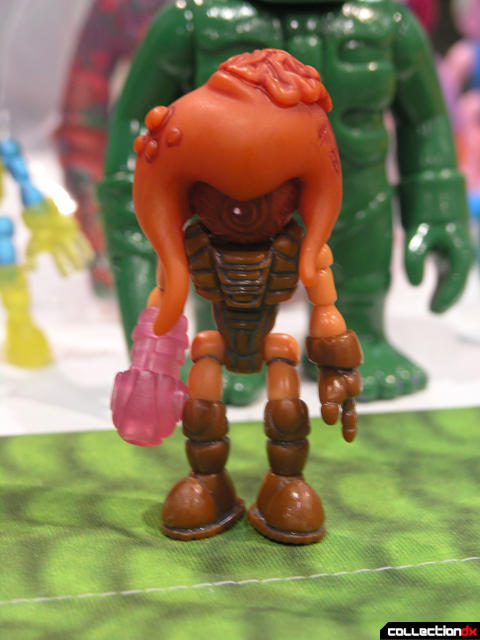 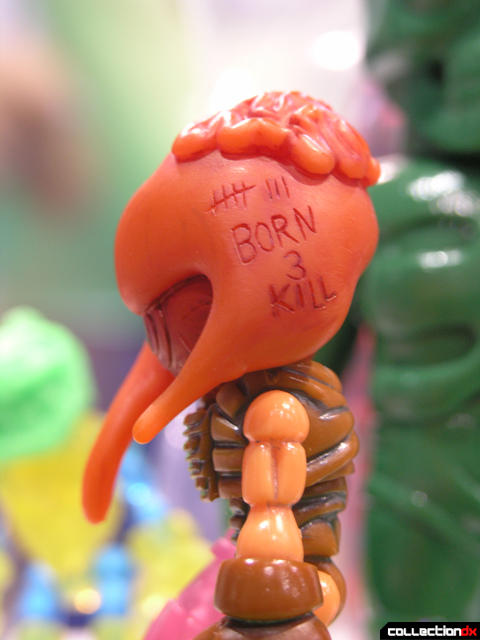 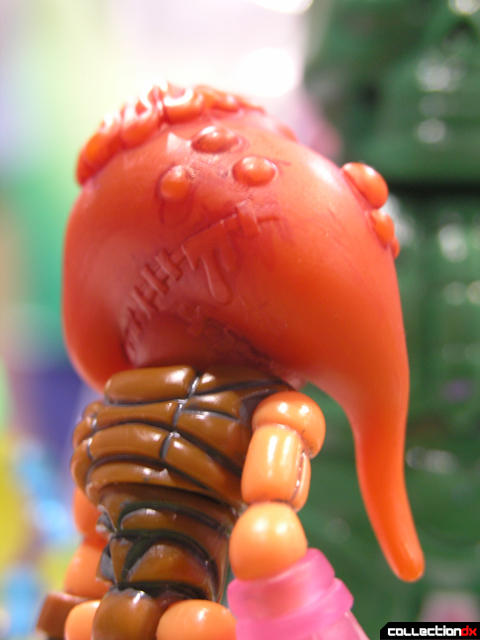 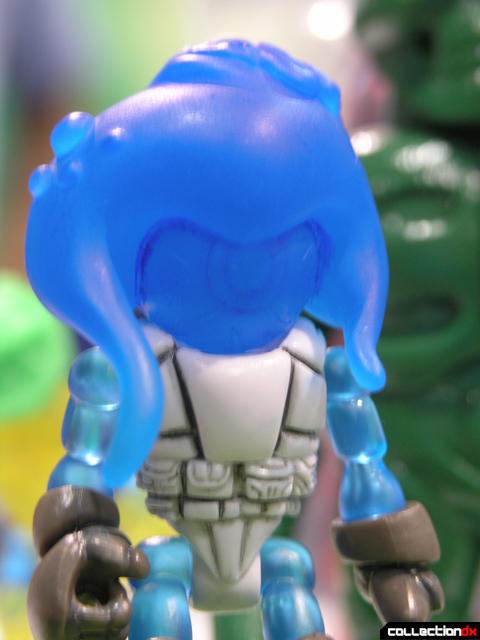 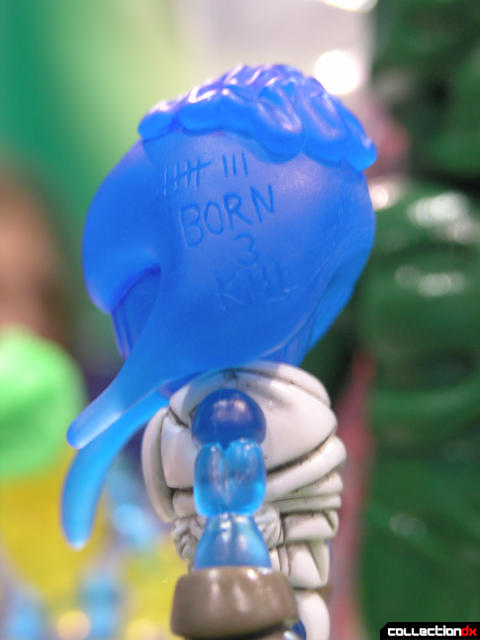 Special thanks again to Matt and his crew for letting us hang out for the week. You guys treated us like family. 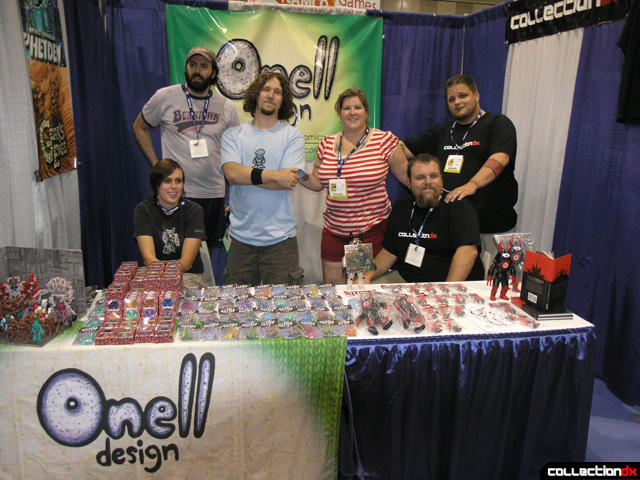 Matt, Marc, Jessie, Meghan, Boris, John,Fridge. Josh is right, you guys are a pleasure to hang with. Your toys and goods are really quality and a fun product.
-Shogunnadia

Thanks for posting so many great photos of
Onell's new stuff coming down the road. I'm
totally enjoying the 35 Glyos figures I own
and plan on buying more as they come out.