What would a convention be without cosplayers? Here's what we found at the con. Most cosplayers were more than willing to pose for photos, but some just stopped in the middle of the aisles, jamming up traffic. They all seemed to start the day all cheery, and then by then end were all hot and downtrodden. There is nothing funnier than an unhappy cosplayer. That revelation that the full suit of armor may not have been the best idea in a crowded convention hall.

Anyway, here we go, with commentary:

Alice in Wonderland - not a bad effort. 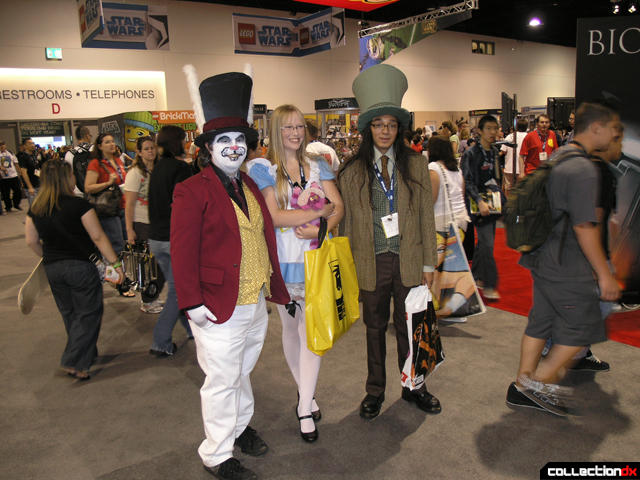 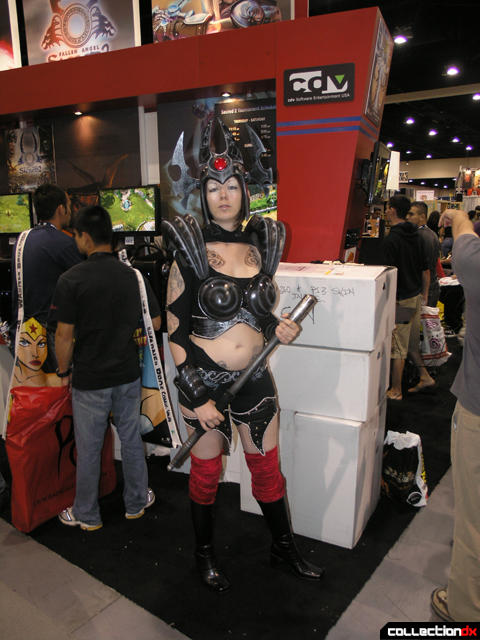 Hotwheels had the classic Batman Motorcycle with sidecar, and these Classic Batman and Robin Cosplayers seized the opportunity for a photo op. Remember, there was nothing at all about a grown man in tights, acting like a bat, who adopts a young boy gymnast in tights. 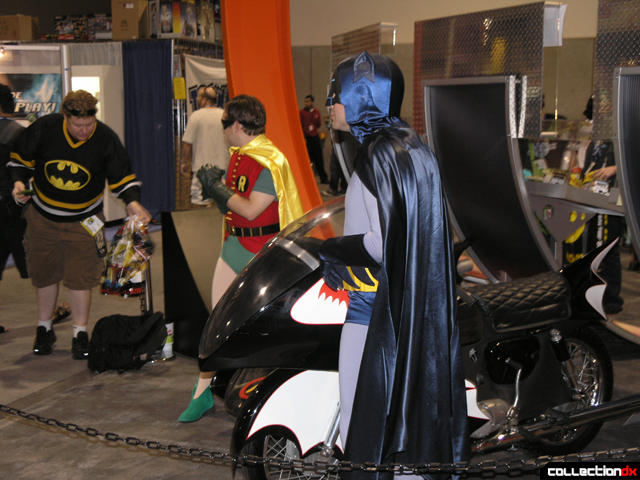 A different era Batman, and Wonder Woman. They are looking for where they parked the invisible jet. 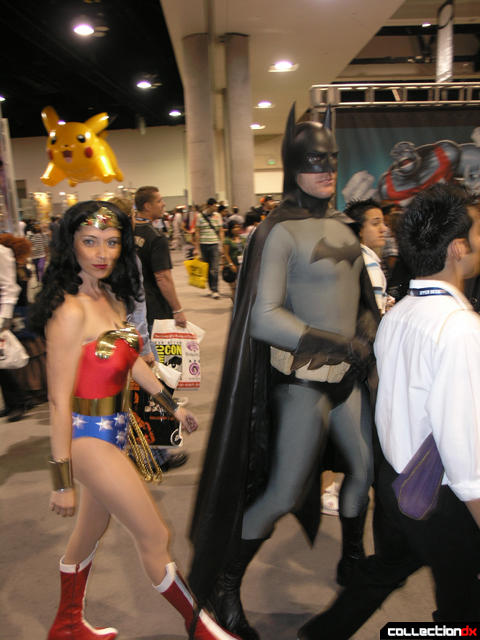 There were not a lot of booth babes at the show, but people were swarming to get pictures of the ones that were there. 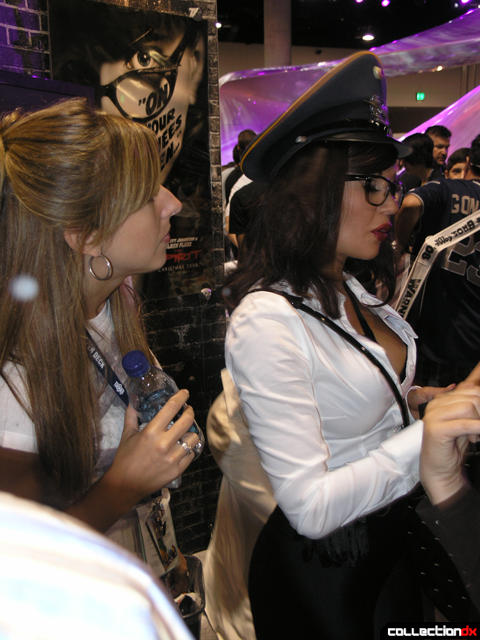 These two girls apparently have a webshow called the The HillyWood Show. They REALLY like Johnny Depp. 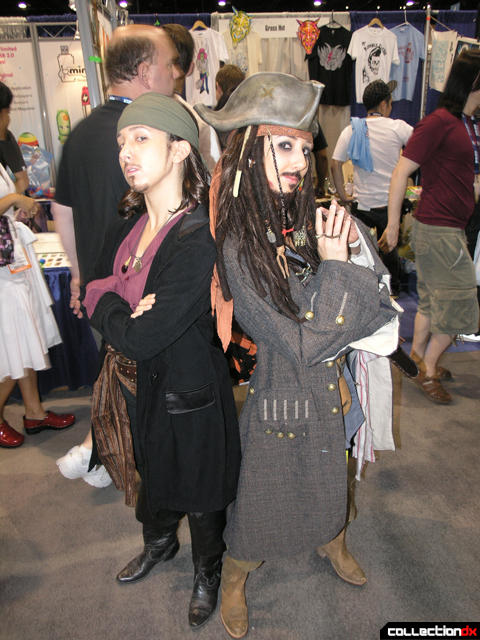 These Cylons were too fast for me! 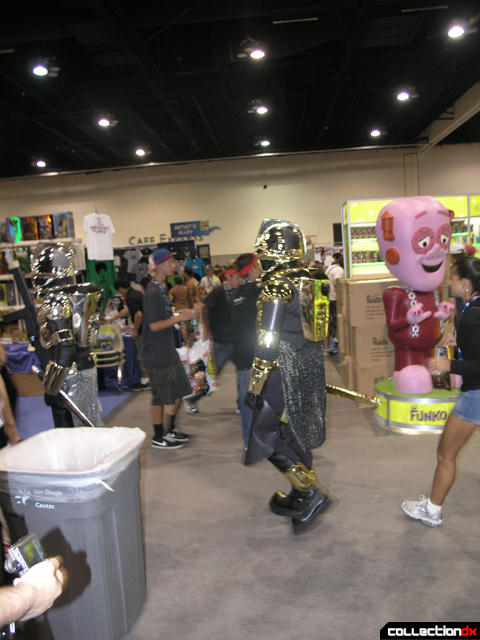 Doctor Who! Probably my favorite cosplay of the con. Supposedly there was a Doctor Who Cosplay meetup with all 10 doctors, but I missed it. 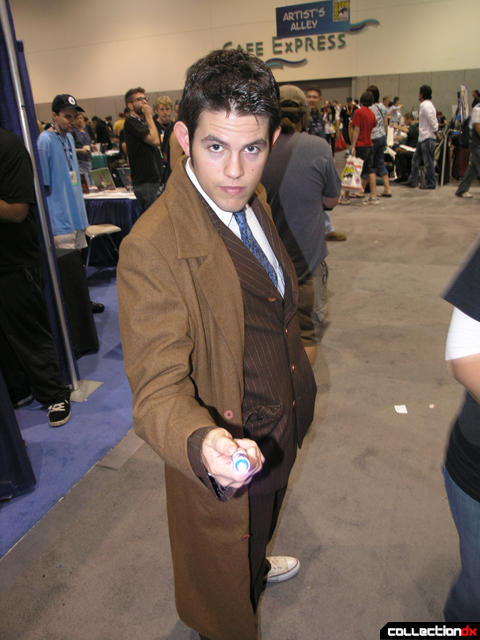 This kid made his own mask. Kind of looks like it's from Death Note, but it creeped me out. 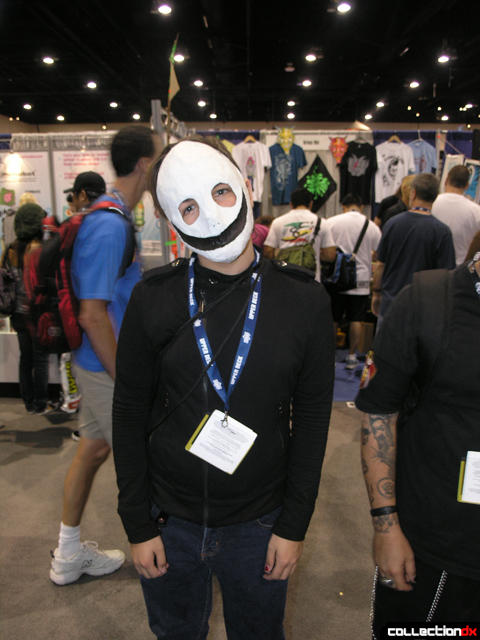 Classic Lum. My pants are shrinking. 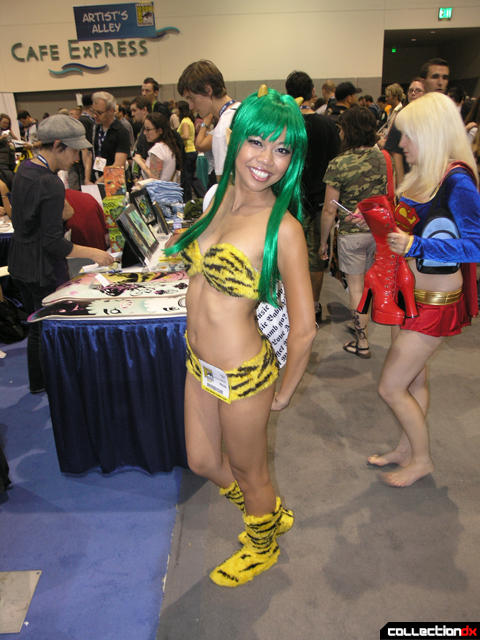 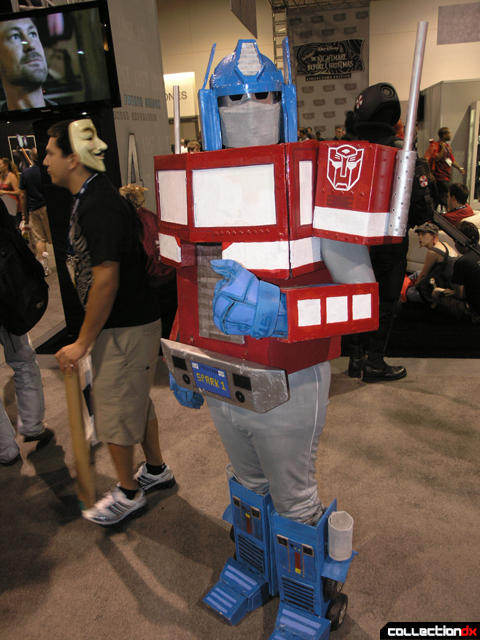 Watching fanboys around Slave Leia was like watching vultures surrounding a carcass. I was ashamed to be there, yet i felt i NEEDED to be there. 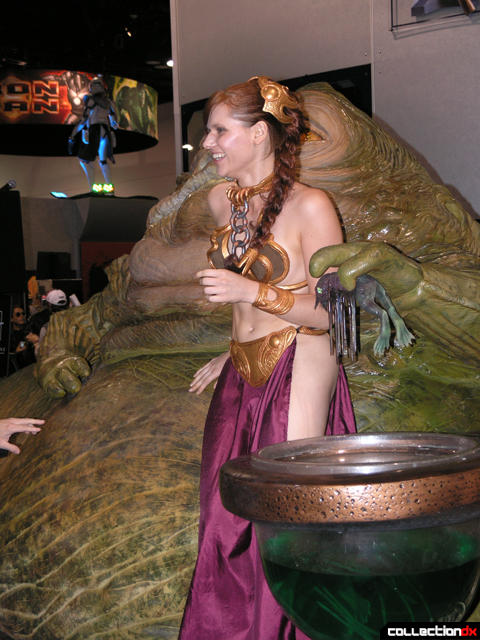 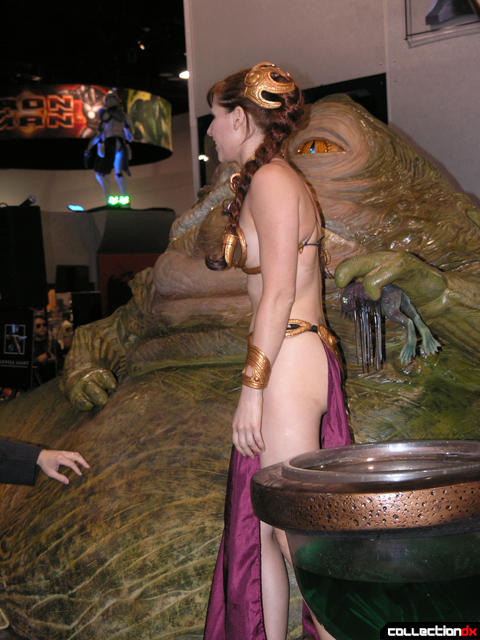 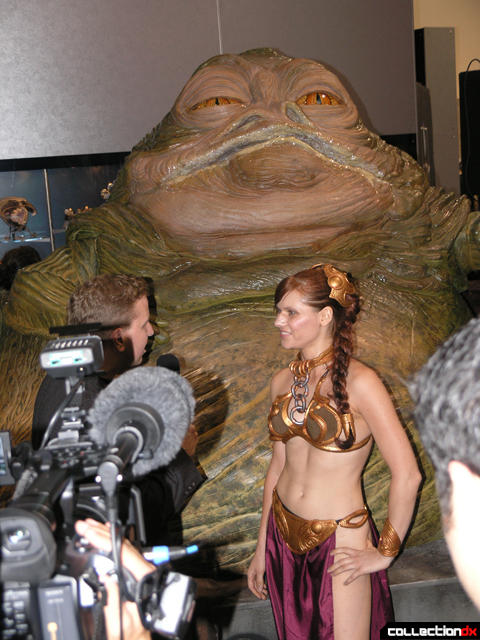 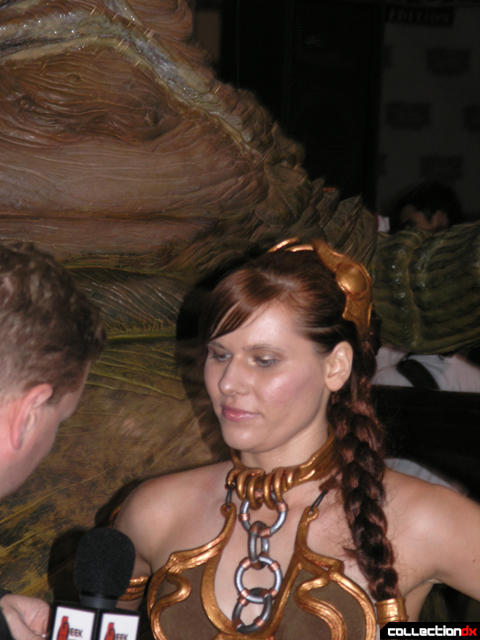 Do you think she could see me following her? 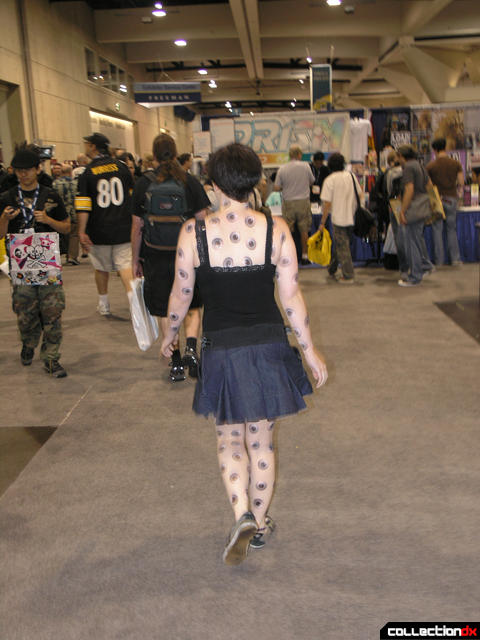 This guy had his kids with him, that were not in costume. There goes their childhood. 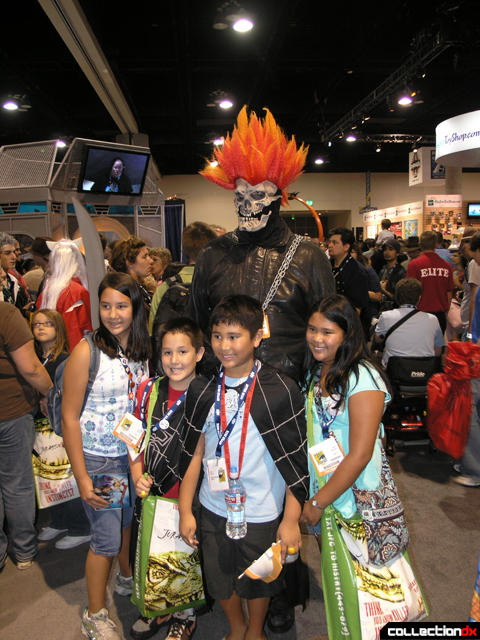 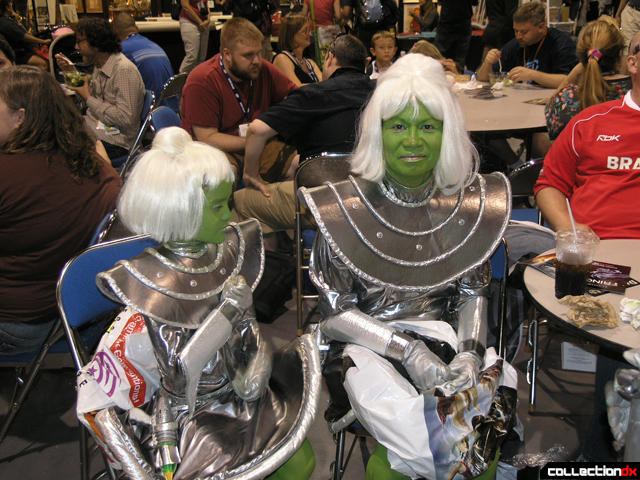 This Scout Trooper was jealous Slave Leia was getting all the attention. 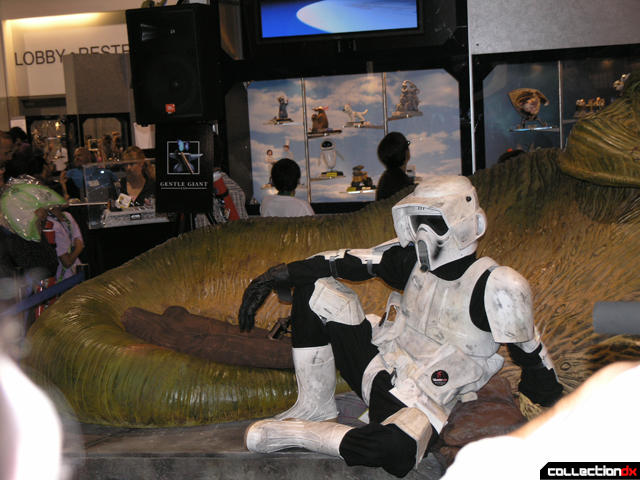 How awesome was 'lil Hellboy? 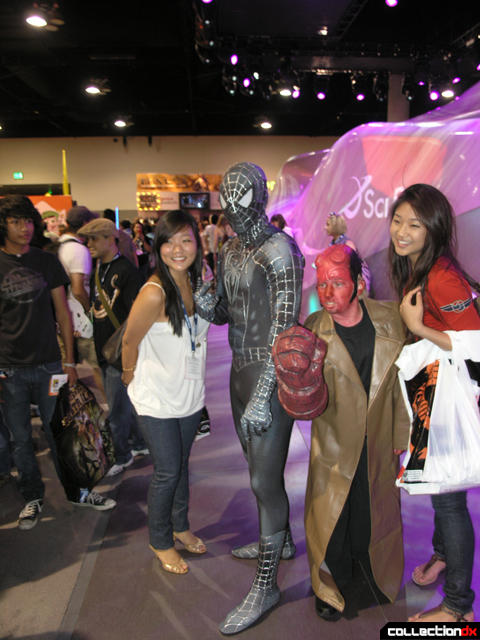 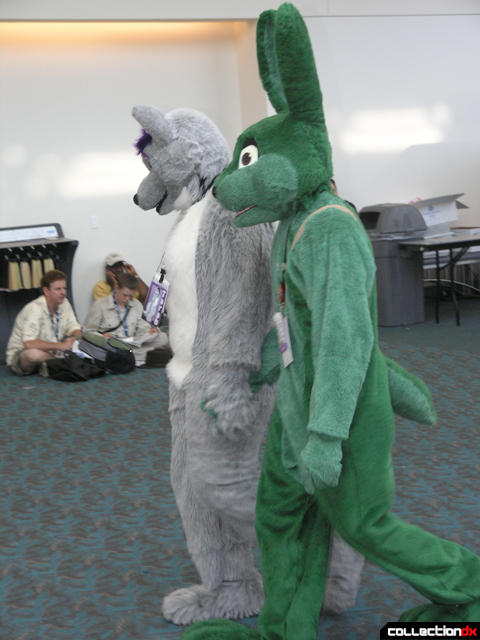 Uhh, aren't you guys supposed to be fighting or something? 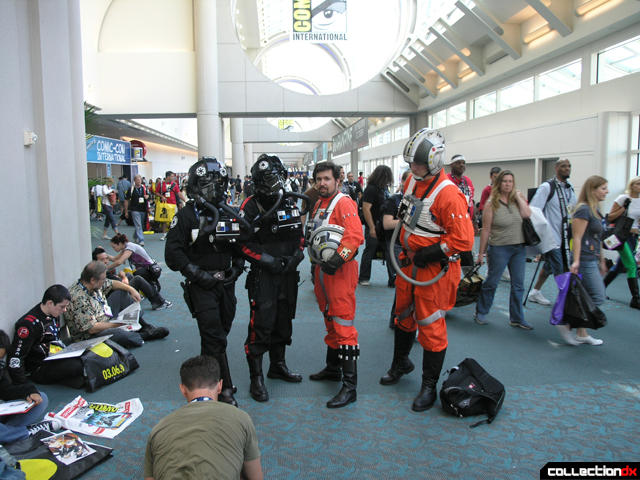 No, we're oogling the Twi'leks 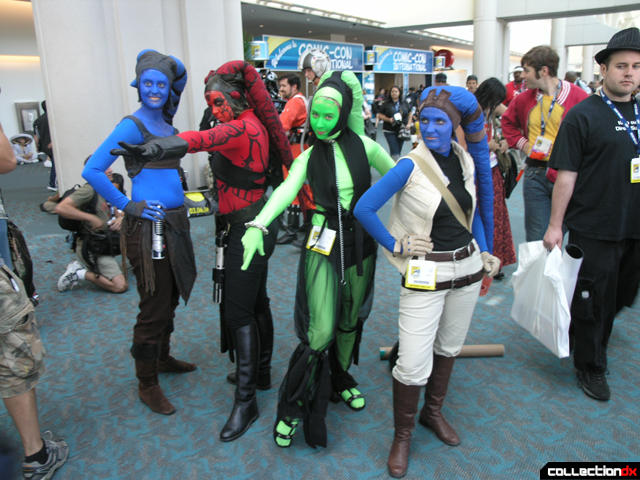 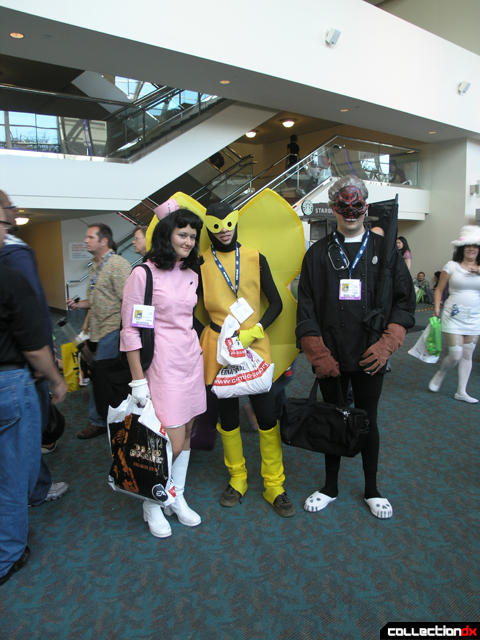 Thor's costume was great, and the guy was really into it. 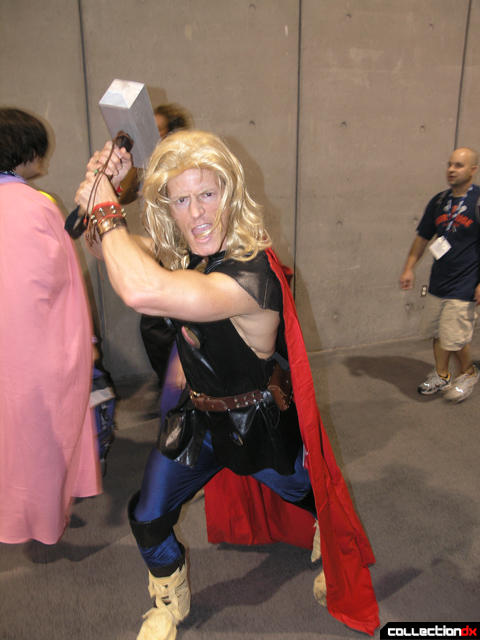 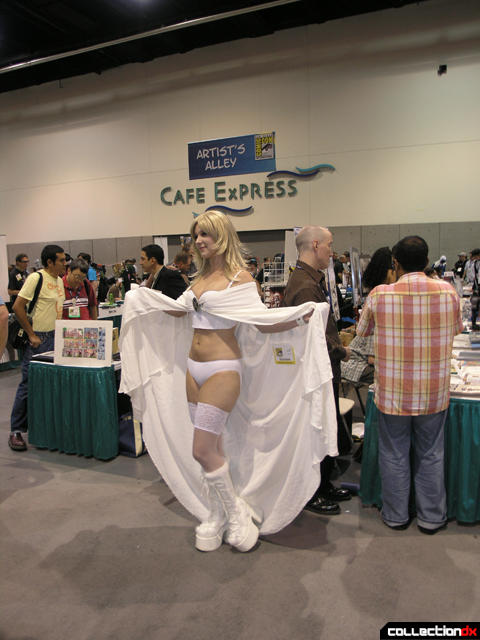 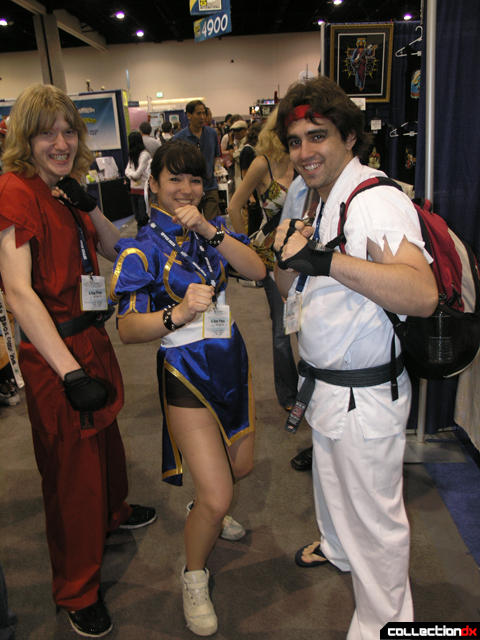 Ok, so I'm at the Kotobukiya Booth, doing my appointment, when I see an old-school, Superman out of the corner of my eye. I ask for a picture, he obliges. I return to talking with the Koto people when I get a tap on my shoulder when I hear something like "man mou muckle my melt?" I turn around and I get a good look at Superman, who is apparently 70 and deaf, with a hearing aid, asking me if I can buckle his belt. He turns around and lifts his cape, and sure enough, the buttons and velcro have come undone. SO yeah, I fixed superman's costume. Awkward. 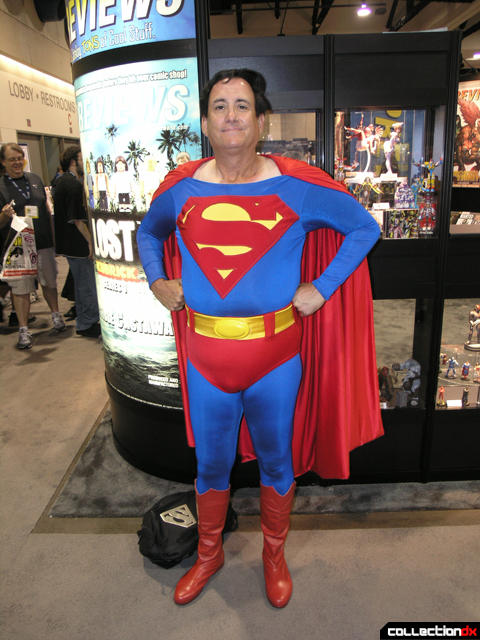 This is pretty much what all cosplayers looked like at the end of the day: 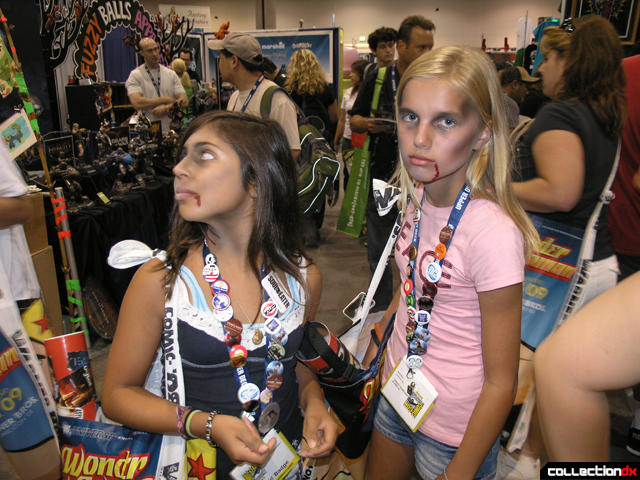 I was fortunate enough to catch the Doctor Who crew at the Underground Toys booth (where all the new Doctor Who series toys were being sold). Rocking.

Too bad you didn't get better shots of the classic Cylons...those dudes blew my mind. Also, there was a guy in a Trapjaw (from He-Man/Masters of the Universe) outfit, but it was Trapjaw from the newer (2002-ish) cartoon. Absolutely menacing with a huge cyborg claw arm.