What can one really say about Hasbro?

But once you see their presence at Comicon "huge" becomes "overwhelming". Though there was surprisingly little Star Wars merchandise directly from Hasbro, just shooting all the stuff they had on hand was a wild experience. They actually changed a some of the stuff they were showing from one day to the next. It was tough to keep up!

The first thing that caught my eye (immediately after the irrationally-large Optimus Prime) was their Heroscape display. Now, I've seen this many times in toy stores before, but never really looked into it. Maybe it was the "too kiddie" nature of it or something like that. But something in my brain always said, "boy, that sure looks fun!". Maybe someday... 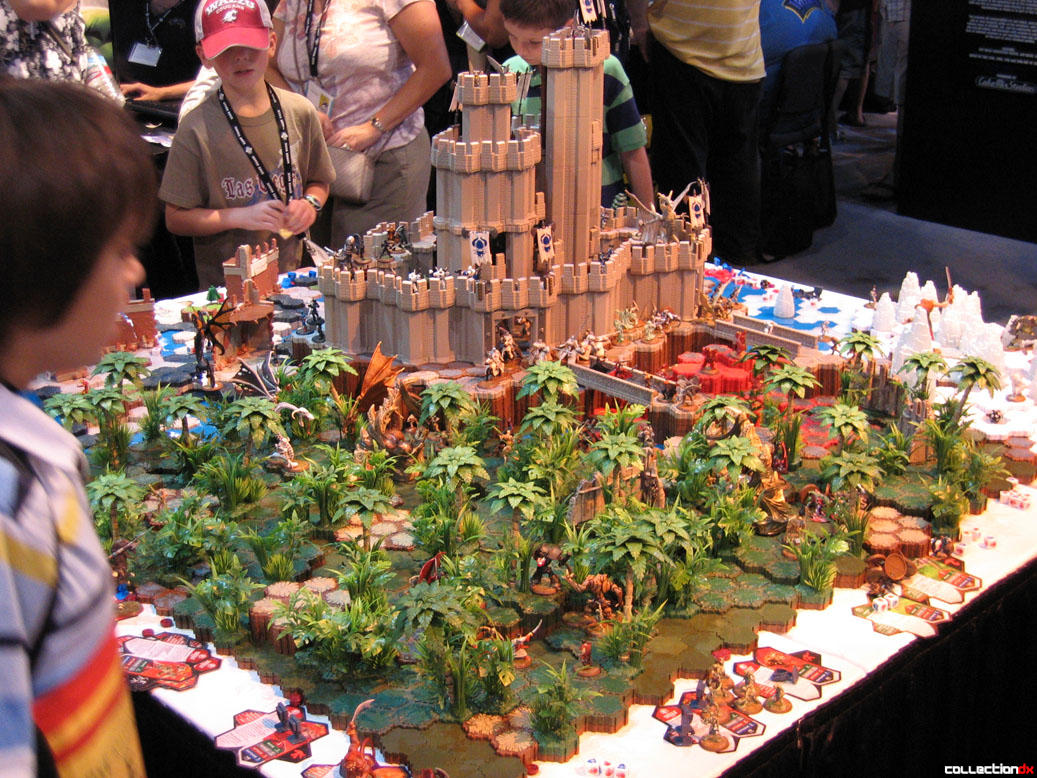 Wow. This table was BIG. 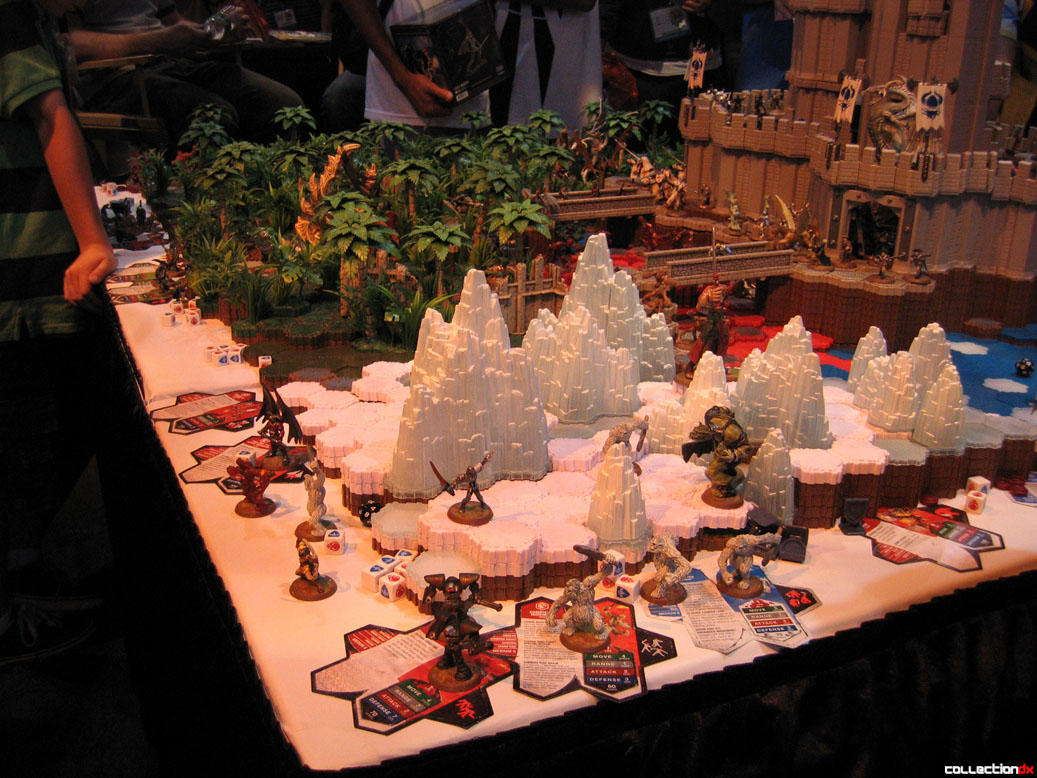 Next up was Transformers. Surprisingly, though TFs took up so much of Hasbro's real estate, there was really nothing new here. If you're even just a casual TF fan, you already know what's coming down the pipe. I took some shots anyway: 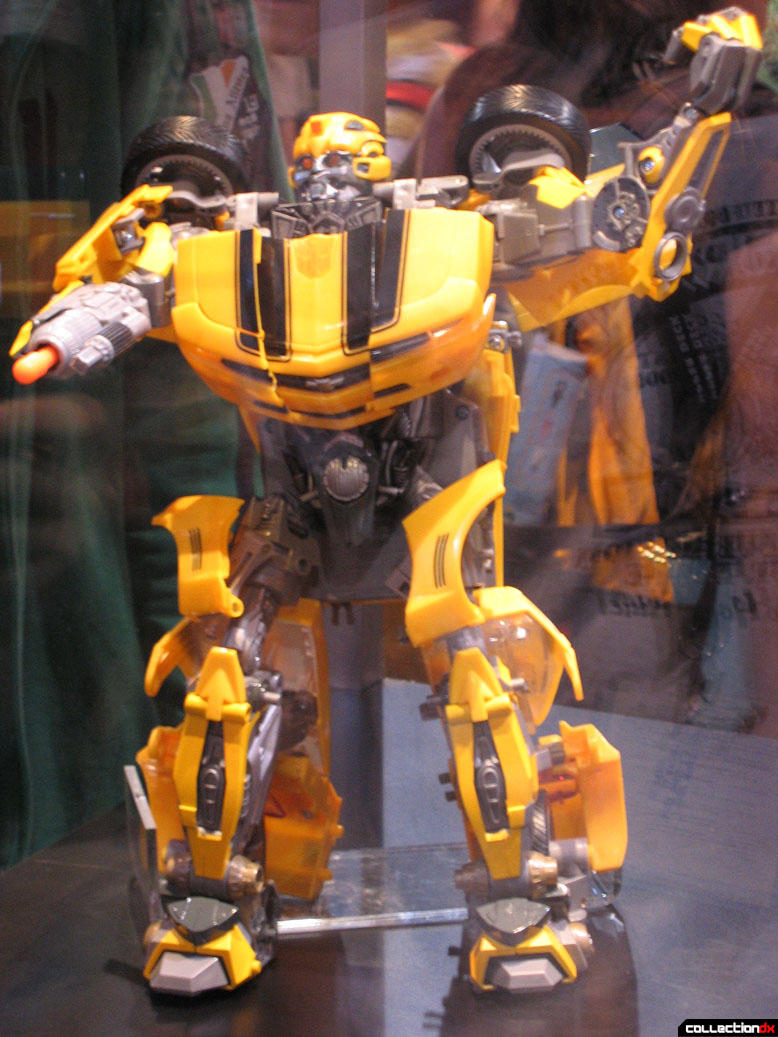 Ultimate Bumblebee...which even Con security were drooling over! 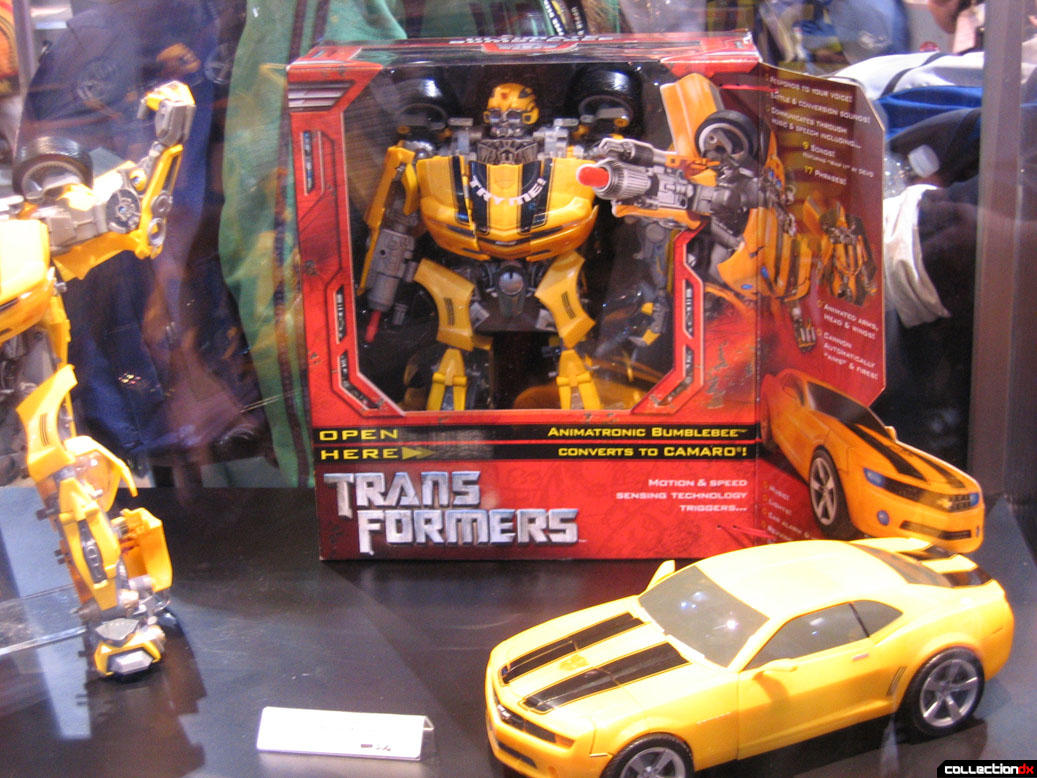 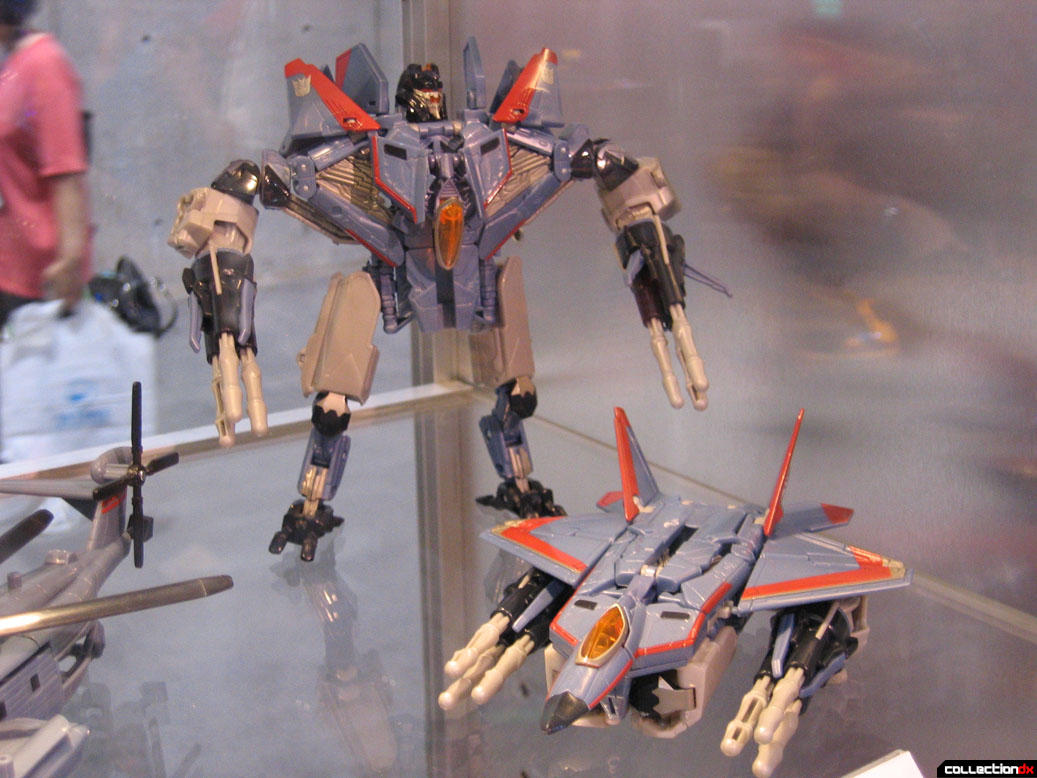 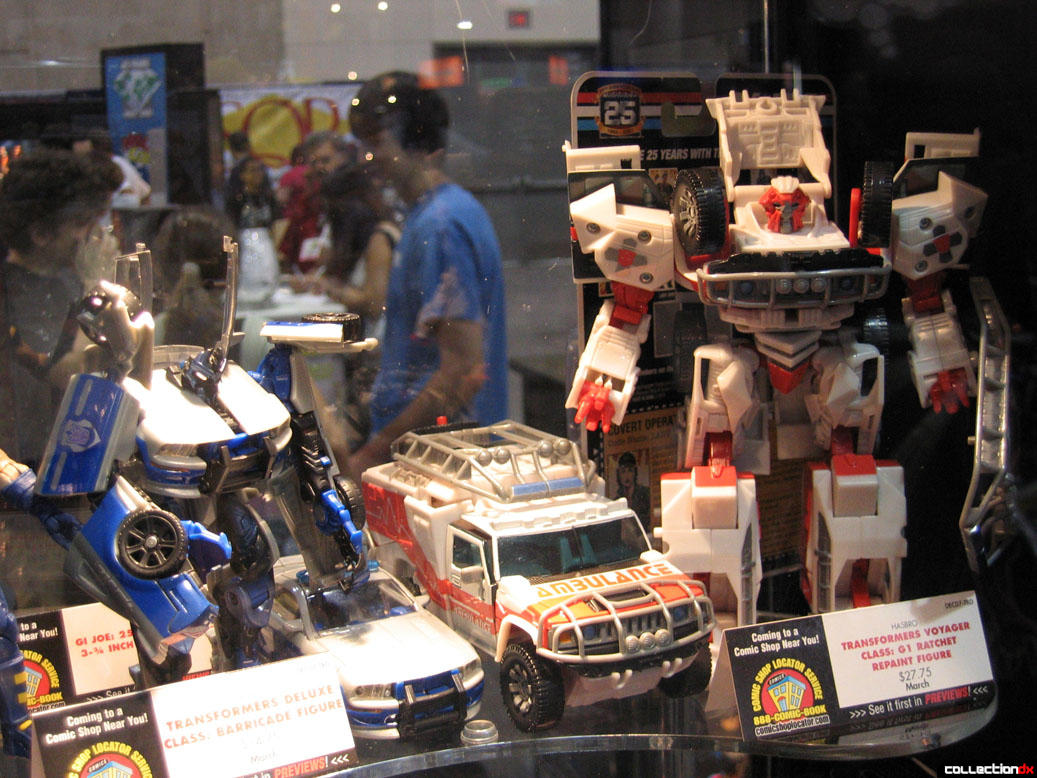 In the Marvel Universe, Hasbro was showing a LOT from their continuation of Toy Biz's Marvel Legends Icons line. Again, it's mostly figures you already know about if you're keeping track of their releases, but hey, it's nice to see pics, right? ;) 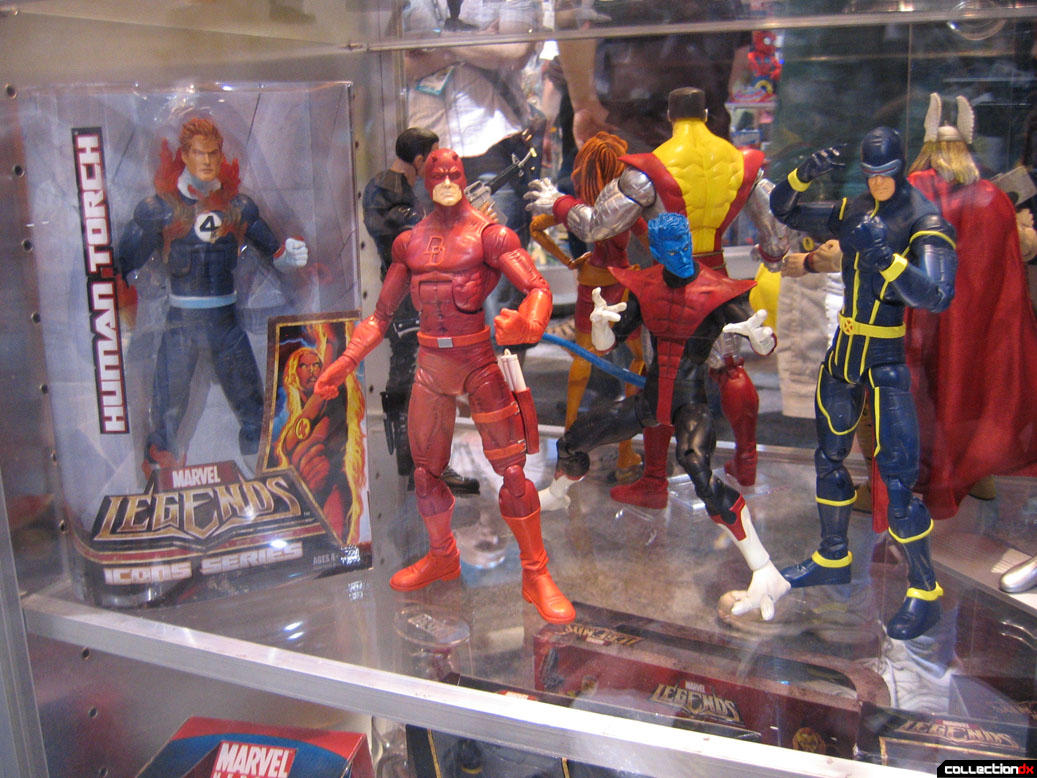 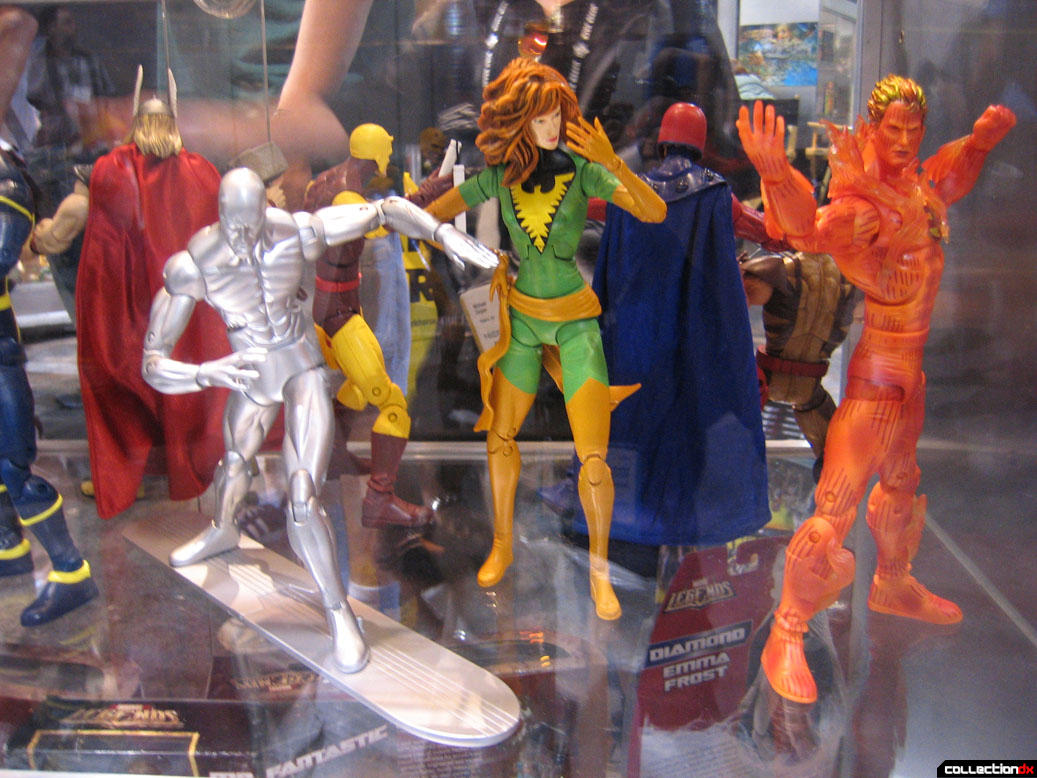 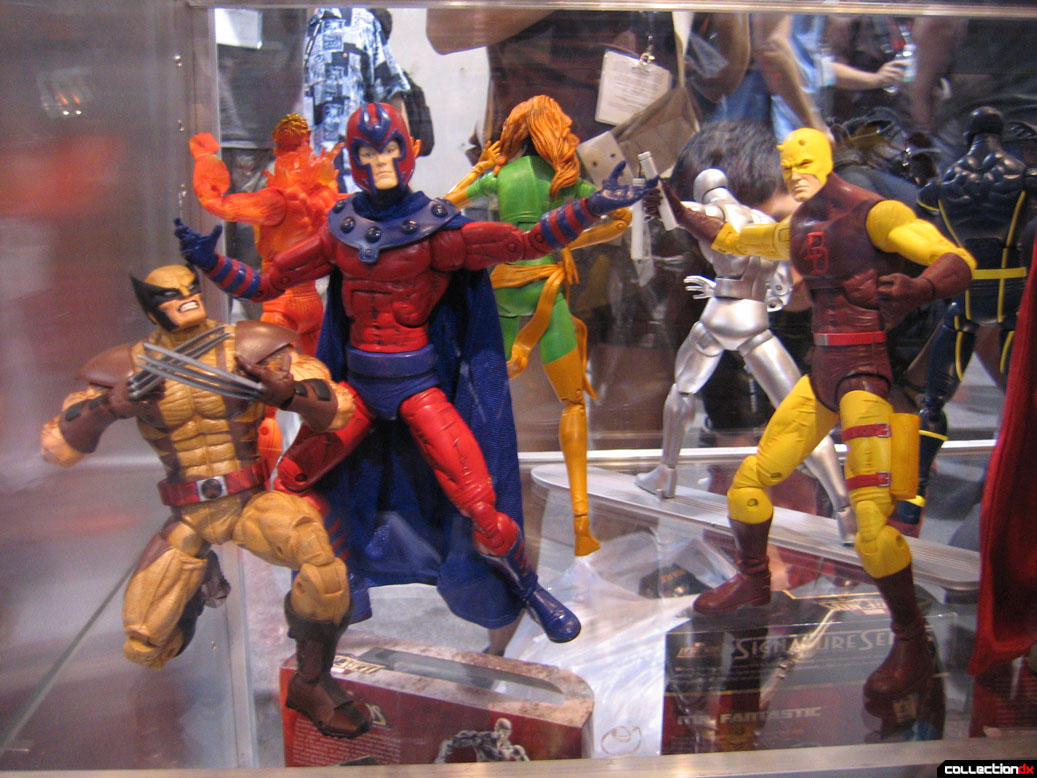 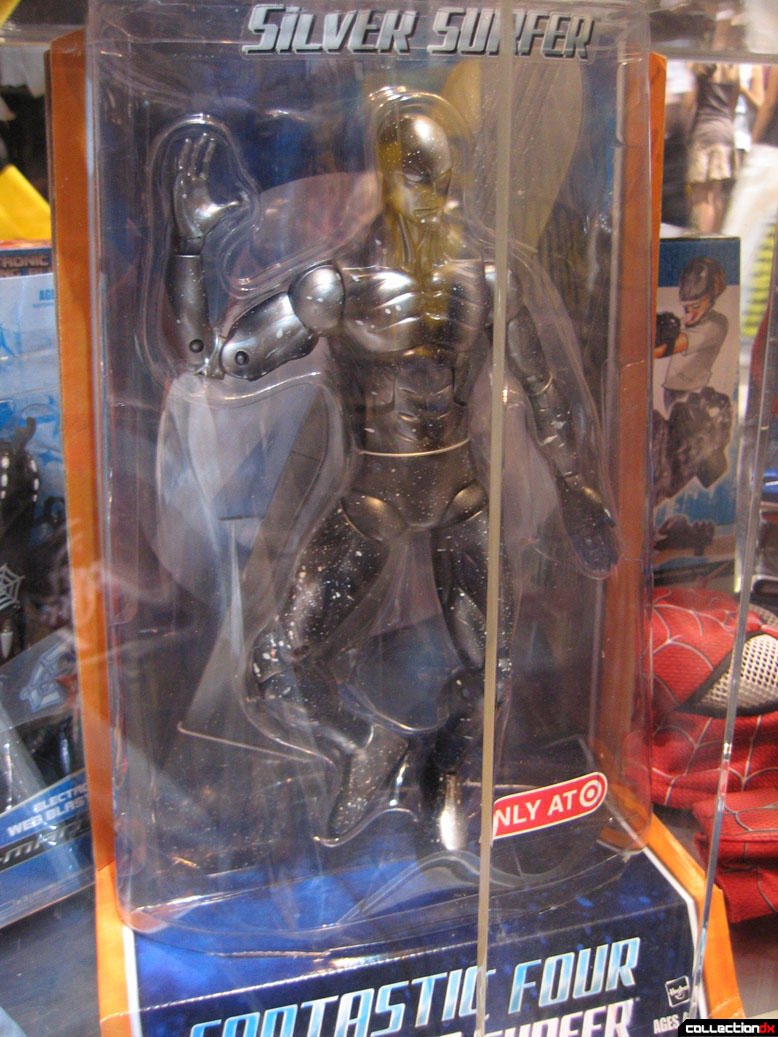 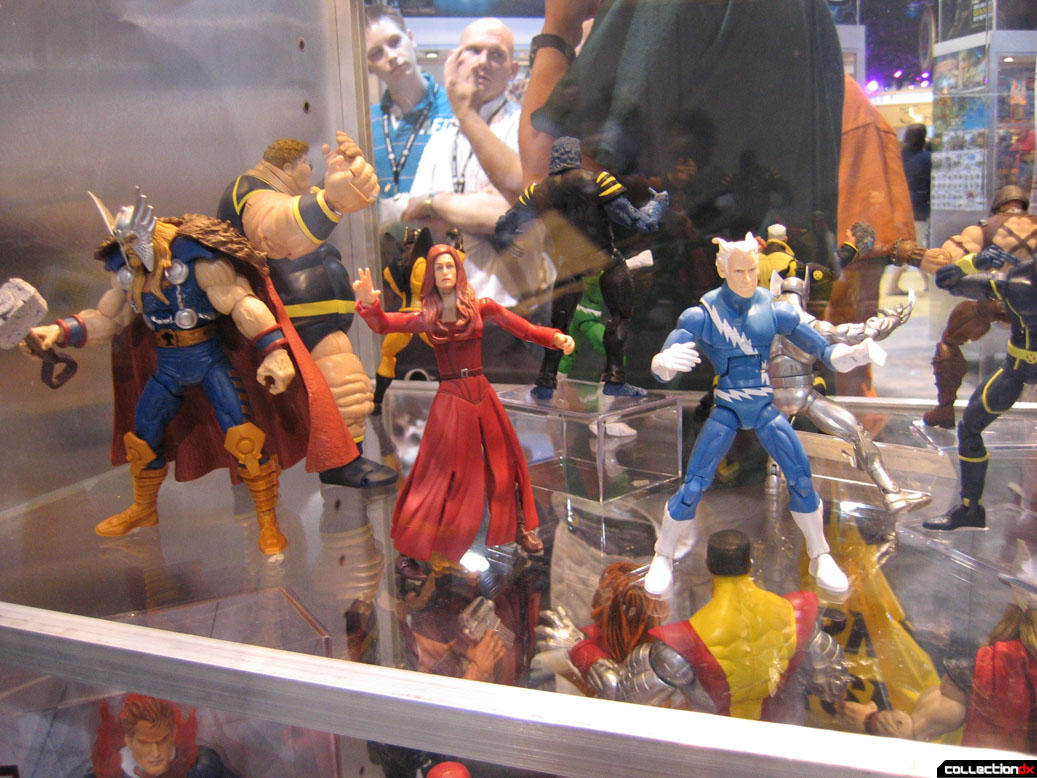 Of course, there were standard Marvel Legends figs... 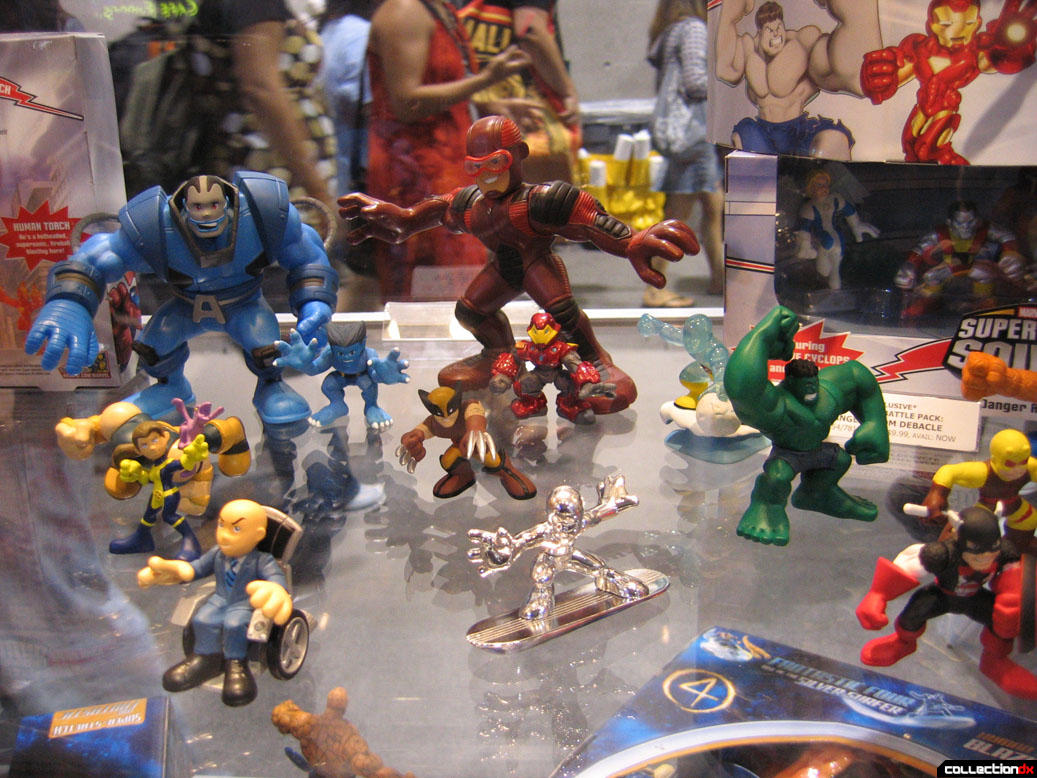 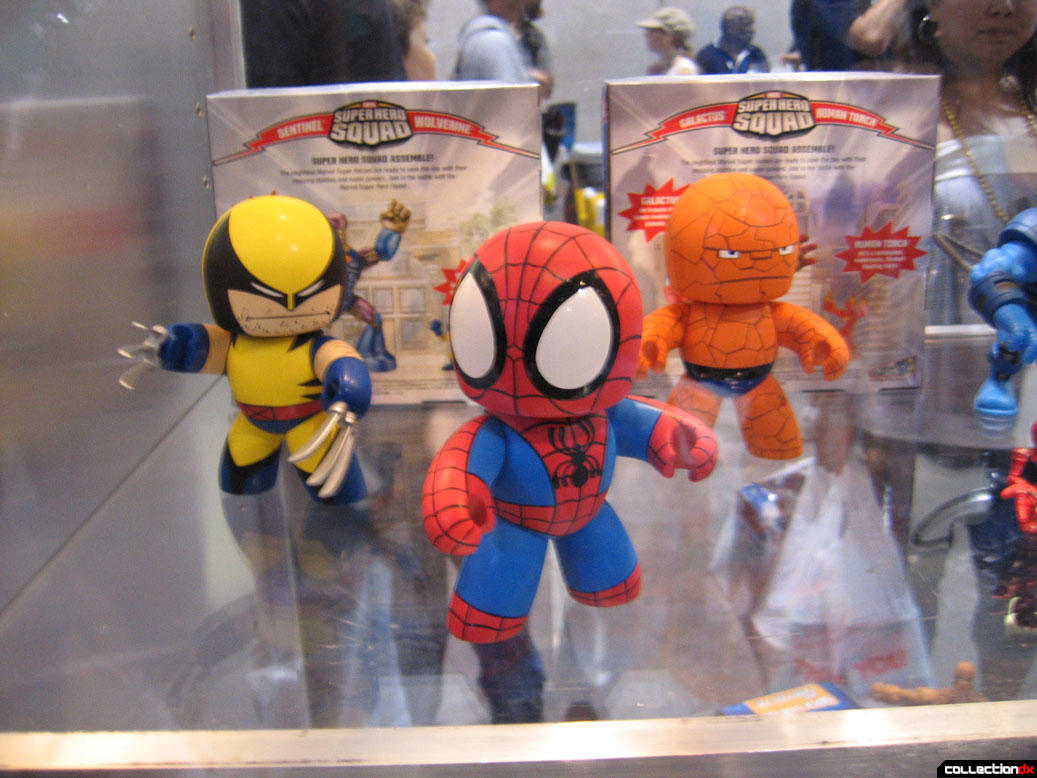 Again, actual Star Wars product was limited. There was a panel, however, hosted by Hasbro devoted to all the exciting things they have planned for this coming year. Announced were the 3rd wave of the Fans Choice figures, including Kit Droids, Imperial Officers, Episode II Clone Officers, and a Biker Scout. Also mentioned were several battle packs, evolution packs, and figure 2-packs including, among many others, Boba Fett covered in Sarlacc digestive fluid! Yummy!

Vehicles included General Grievous' ship, Obi Wan's and Anakin Skywalker's starfighters, and the AT-AP. For the Titanium line, they mentioned Kit Fisto's ship and the AT-RT. Lastly, though I didn't see them at the show, Hasbro did offer Ralph McQuarrie concept Yoda and Obi Wan figures as exclusives.

Same here! I love stuff like that, a game/playset. It reminds me somewhat of my favorite childhood game..."Crossbows and Catapults".

Ya know if ya think 'bout it, that giant OP there is just about the same size as Bumblebee would be in the movie, if he were standing instead of crouching- 16'. Still, the detail and paint apps on him are great!
...
It's happened to me before- where a repaint comes out and I somehow come to like the original design but with different colors. That being said, I still don't like the '07-movie Starscream, but Thundercracker there looks better with a new head. For a toy that doesn't appear in either the game or movie, I just might get him... ;D
(Does that happen to anyone else here...?)
.
Oh, BTW, for those of you who don't know this, Autobot Ratchet was originally designed with white and red as his colors, which were later changed to the neon green & yellow seen in both toy and movie. So this isn't really a brand new random paint apps, but rather something to pay tribute to his pre-production design and G1 counterpart [a white & red ambulance].
------------------------------
CollectionDX Staff

I really like that bumblebee, but I dont think I will pick it up, that stubby gun arm just ruins it for me.