I've been "collecting" for so long that I can't even remember when I started. 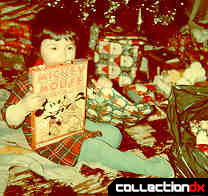 When I was five years old, Star Wars was released and, like all the boys in the day, I wanted all of the toys, especially the action figures, and focused my entire existence on obtaining them. During this period my doctor feared that I was hemophiliac and sent me for blood work almost every other day for months before finally realizing I was simply intolerant of the aspirin he was giving me for the pain of a reoccurring bout of strep throat. I would strike up a deal with my mother, agreeing to go to the hospital lab if we could stop at a department store and she would buy me a new Star Wars figure afterwards. The days she didn't agree to this, I still went to the hospital, but I went kicking and screaming. Literally. (Hey, I was only five.) Even when I was promised a new figure I usually went crying, as needles have always been an issue for me, but looking forward to getting a new Star Wars figure made it sting a bit less. 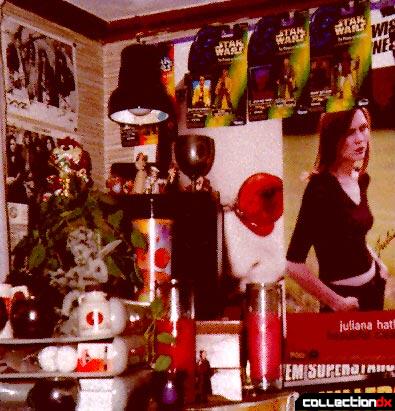 As a child, I always opened my Star Wars toys and played with them, which is something the average adult collector would seem to frown upon, but I was still a collector, complete with the "collect-them-all" mentality, and took very good care of my figures. Even the ones I enhanced with model paint. Still, I'm not entirely certain that Star Wars toys were my first collection, as I recall having had a rather large baseball card collection at some point in my early childhood. I've never been a fan of the sport, just to be entirely honest with you, but I remember proudly carrying around those cards in a wooden case my father had made me, relatives always telling me to hold onto them because they'd be "worth a lot of money someday". I never actually gave any thought to their value, mind you, but I did notice the numbers and put them in order, attempting to complete sets, even if the word "sets" wasn't yet part of my vocabulary. And I remember that my favorite team was the Astros, because they wore the most colorful uniforms and for that reason only. 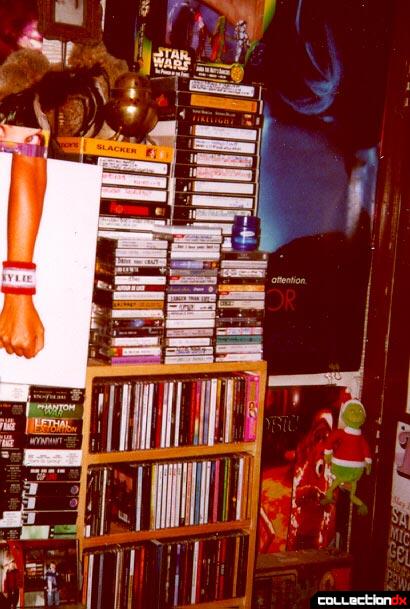 I don't know how long I collected baseball cards, or even what I did with them when I lost interest, but chances are I gave them to a friend -- in exchange for a Stormtrooper or two. Years later, in junior high school, I brought all but my absolute favorite Star Wars figures and Transformers (not to mention a few Go-Bots and Masters of the Universe figures) to a comic book store in exchange for credit, having become quite the comic book junkie at that point, this thanks to Josh Bernard, the CollectionDX webmaster himself. But half a decade later, after Marvel did a few too many crossovers for their own good and I got tired of reading their books, I sold most of them and used the cash to buy an electric guitar. (I kept the comics I'd had autographed at various conventions and still have those today, along with all of the other autographs I've ever obtained.)

I can understand if you are thinking that I wasn't a true comic book fan or collector to have sold them off so quickly, or to have sold them at all, but I assure you that I was completely absorbed in both reading and collecting during that period and had several of the longest comic book boxes available full to prove it, my books all bagged and most in mint or near mint condition. Few teen collectors took it as seriously as I did; my interests simply changed. Not that I'm bragging about that sale. (When I think about what that collection would be worth today...)

When they began making Star Wars figures again in the late 90s I was as excited as anyone and collected them all with the same fervor I'd had as a child, the difference being that I didn't open them. (Well, just a few that I'd ended up with doubles of.) And when the first batch of Phantom Menace figures were released, I bought them all the day they arrived in stores, alongside many other nostalgic twentysomething guys. I also saw the movie on the day of its release, though I was extremely disappointed and was even more so when I forced myself to go see it again a week later. I haven't bought any Star Wars toys since, though I still have all of those (yes, even Jar Jar) and don't plan to part with them.

By this point you're probably thinking that I'm a fickle brat who can't commit to anything, but there actually is something I've collected since I was around 10 years old and will never stop collecting: music!

Despite my desire to have every Ewok toy Kenner was able to create, I barely requested any toys for Christmas by the time I was in the fifth grade. I wanted records and tapes. Michael Jackson, Def Leppard, Quiet Riot, Men At Work, Duran Duran. It didn't matter if it was pop or rock or heavy metal; if their videos had caught my eye on MTV and their songs had stuck in my head, I had to have it.

Since my junior high days, I've been the sort of "music junkie", as I've often called myself, who has to buy the new releases on Tuesday, the day when all new music releases come out here in the States. In fact, I don't work on Tuesdays and haven't for years. If I absolutely had to, I would, but for a long time I've worked on the weekend instead, primarily because of thee musique. 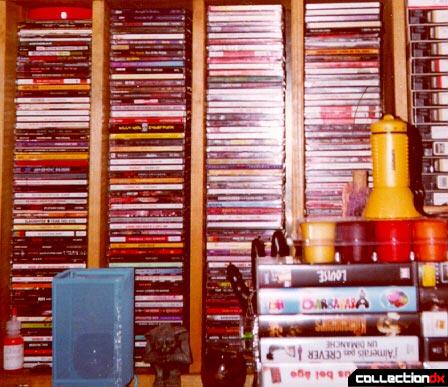 Never content with albums only, I've always hunted down rare B-side tracks and remixes, whether on 7" singles, casingles, 12" singles or CD singles. I won't spend 30 dollars on an import pressing just because it has some fine print in a foreign language, but if it's got a bonus track or two then I wouldn't be able to live with myself if I didn't. I've always had to have them and I was never content with copies. Of bootlegged concerts, sure, but if it was officially released, I wanted the original. My collection needed it -- demanded it, even -- and so it simply had to be. And I'm still that way today, even in the era of mp3s, though it sometimes amazes me and surely disgusts some of my friends and family. But it's what keeps me going. If I'm having a terrible week and find myself becoming overwhelmed by stress and anxiety, I just think about the new CD that's coming out next Tuesday that I'm dying to hear, or that rare single from France that's on its way in the mail, and somehow it gets me through the day. Sure, there are times when collecting becomes a source of stress for me, particularly when the cost of the new CDs I have to have exceeds my budget, but most of the time it's sheer joy. And that's what collecting, in my opinion, should be all about.