There was so much Marvel to show at Toy Fair, its hard to go over it all here. Watch the overview video, and then check out their individual sections below:

Spider-Man continues to be aimed squarely at kids with all sorts of variations of old spidey and his vehicles. The big gimmick this year is the "Power Web" action which each figure has. Basically each figure has a rubber action feature. It's actually very cool. 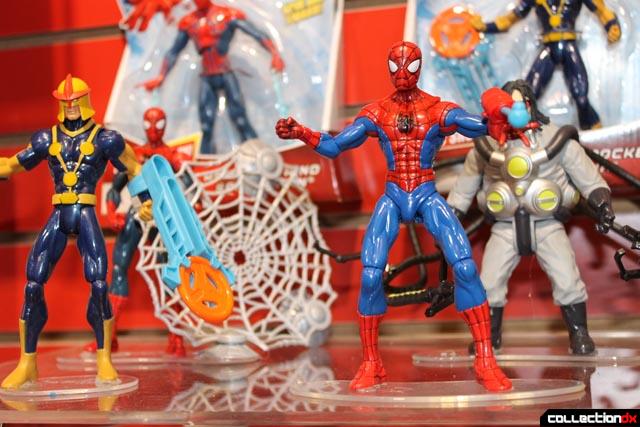 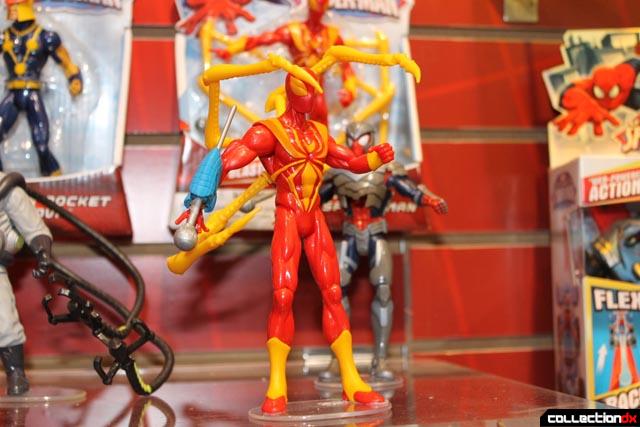 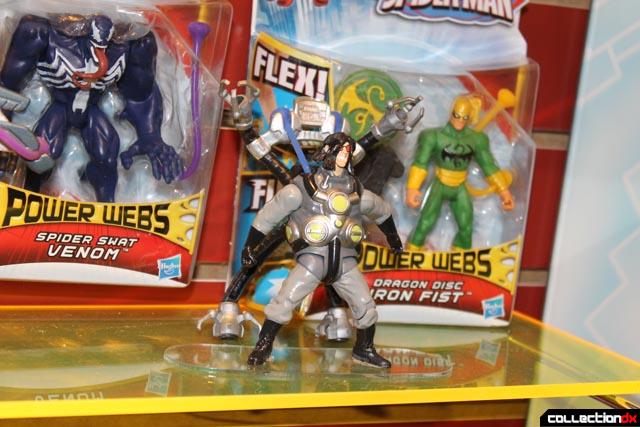 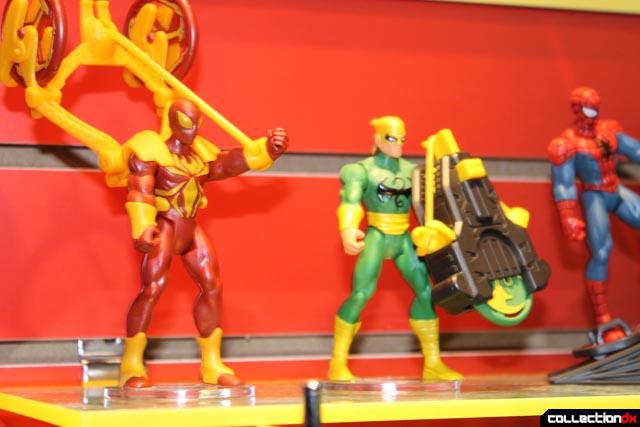 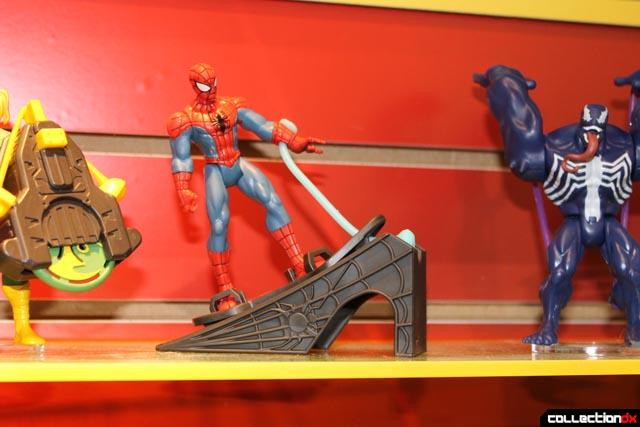 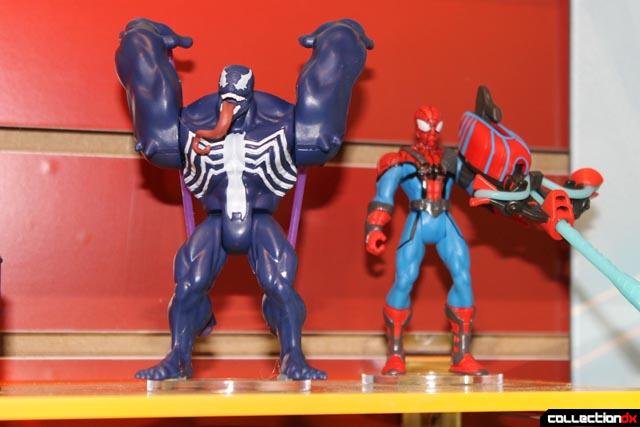 There's also a 12" web slinging Spider-Man that looks fun. Each web stretches from the palm to a hook on the shoulder and you can launch up to 6 webs at once. 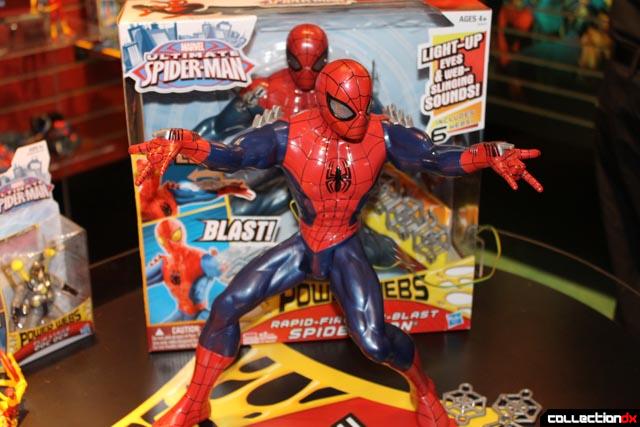 Apparently there is an Avengers cartoon, and these are the toys from it. They've got some cool 12" vinyls that look great. 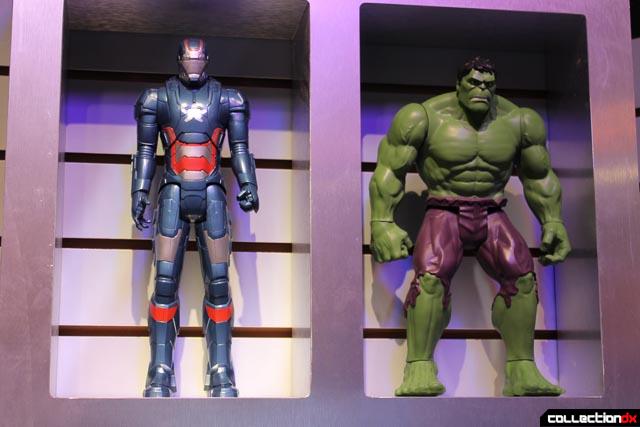 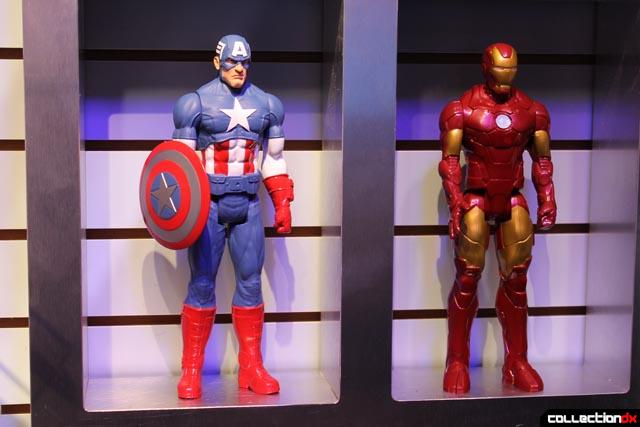 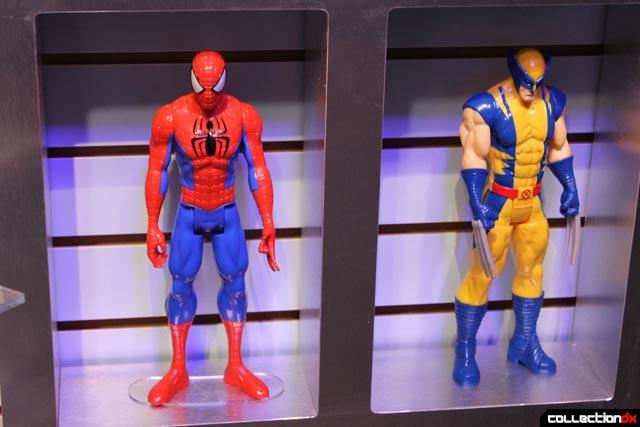 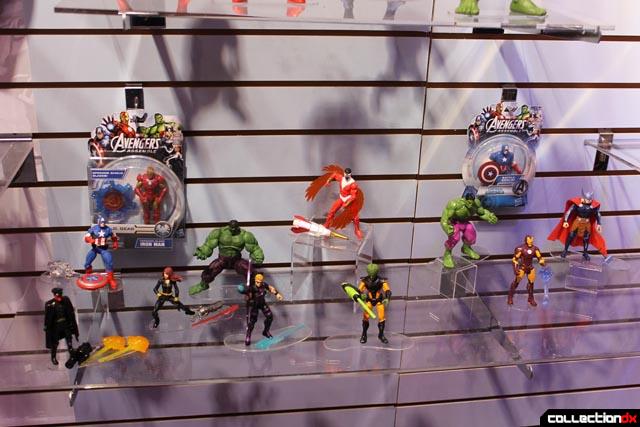 Am I the only person not digging Iron Man's new armor? It's called Mark 42, and there's too much gold in it for my tastes. But here it is, and the multitude of weird-ass armors that you never see anywhere else. This is another line that has fallen victim to downsizing and more affordable pricing. 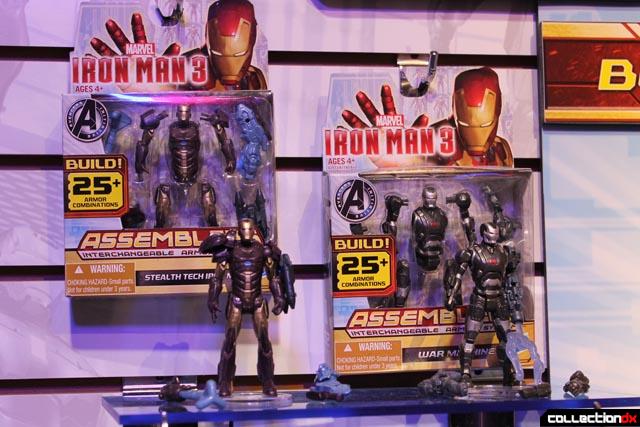 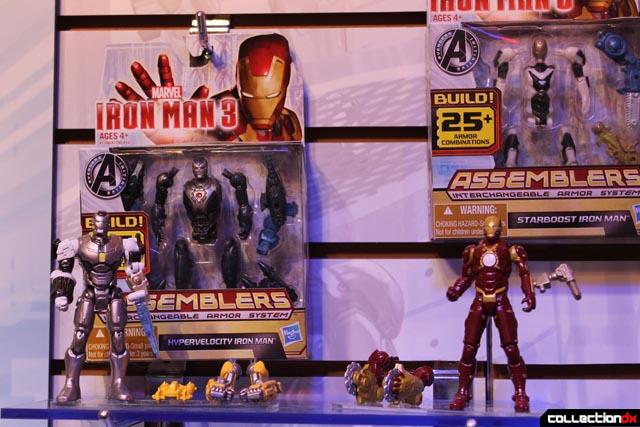 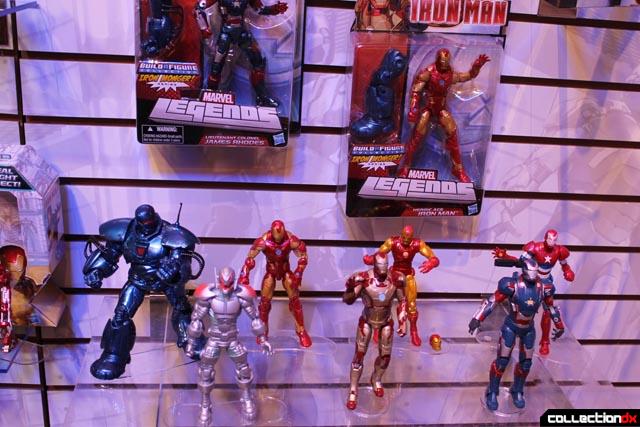 The main driver is the Sonic Blasting Iron Man, which has lights and sound, as well as an automatic wriste-mounted gatling missile launcher. 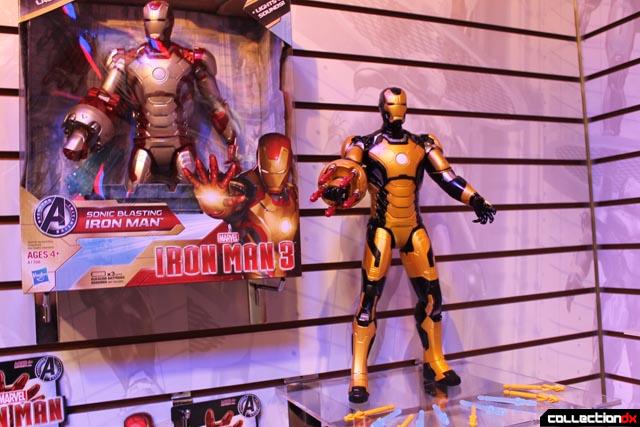 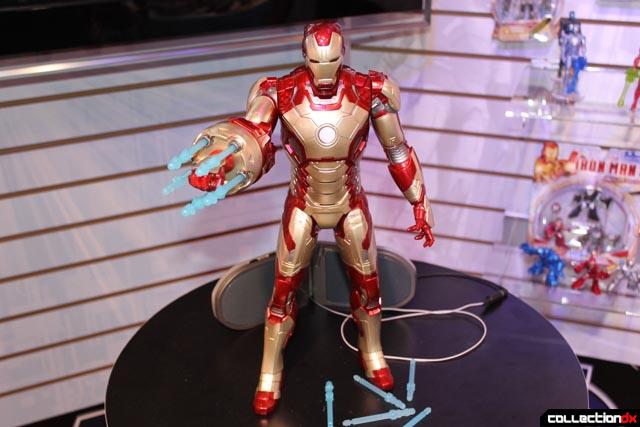 Some cool sets in this line, with West Coast Avengers and X-Babies sets. 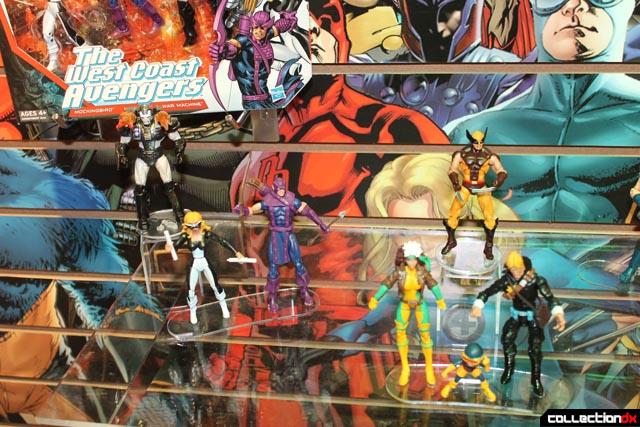 Build-a figures in this series are Rocket Raccoon and Hit-Monkey. 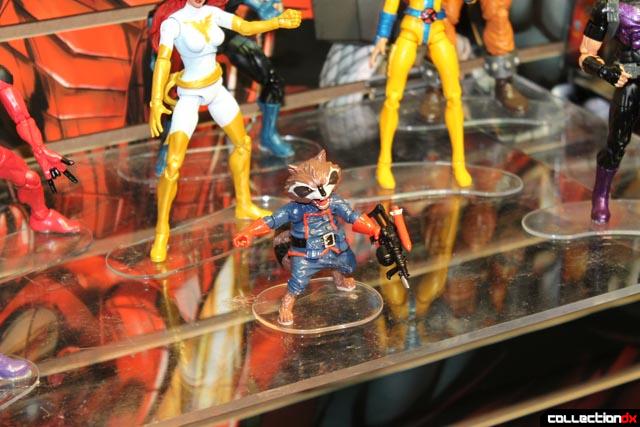 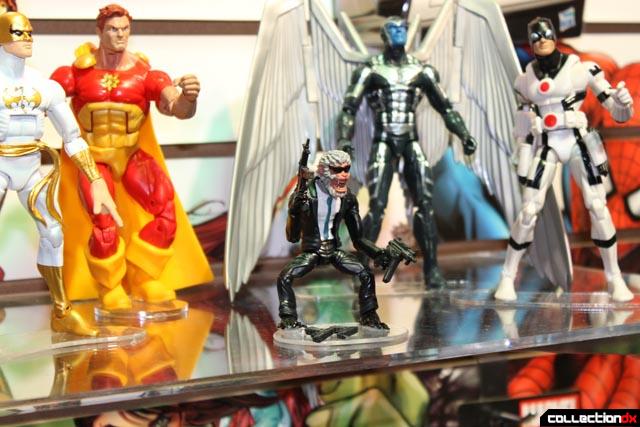 I think this set was the Champions. Puck is awesome. 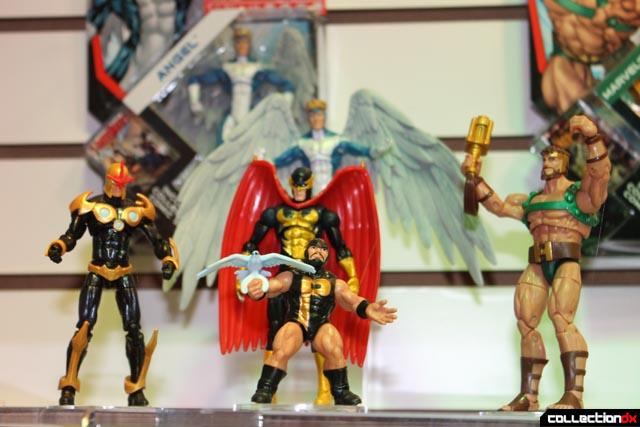 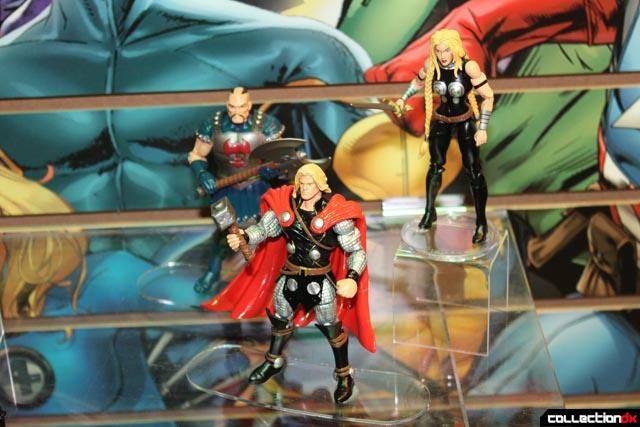 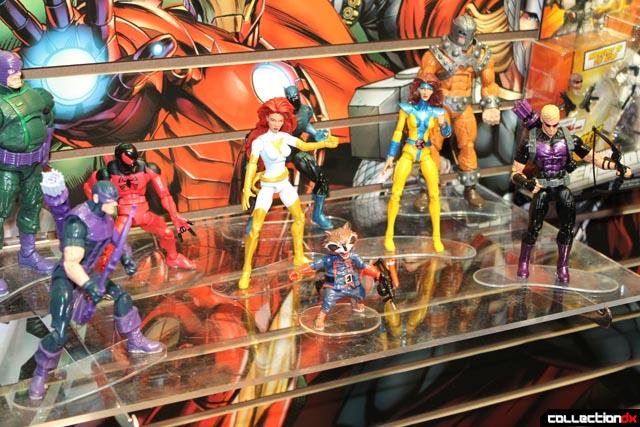 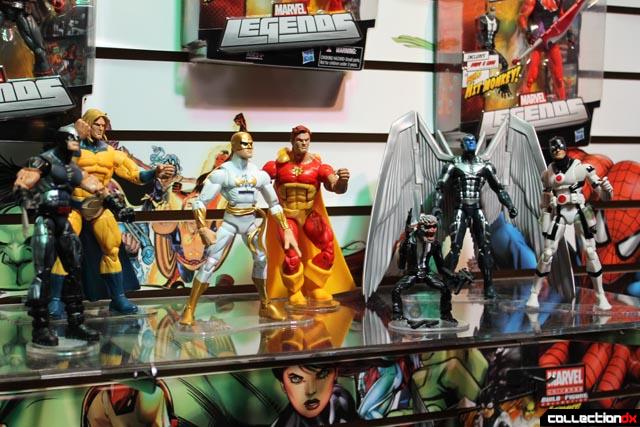 There were also figures from THOR: Dark World and Wolverine, but nothing spectacular. Despite the blockbuster status of these upcoming movies, there were few toys on display.

No photos of these, but we did get them on video.