One of our first stops at the Javitz center was to see Organic Hobby. Stephane and Kaz were were in attendance and it is always good to see a familiar face.

We first started out with a showing of all the revoltech figures released to date. On display were the upcoming GR2, Patlabor Unit Zero, Griffon and Dangaioh. All of them looked excellent, but Griffon and GR2 steal the show. We were also afforded a sneak peek of TWO NEW Revoltech figures. While we were not allowed to take photos or show pictures, I can give you these hints:

One upcoming Revoltech will be probably the ONLY Revoltech that Josh Fraser ever buys. The other one may need an orange tip should it be allowed in the United States. 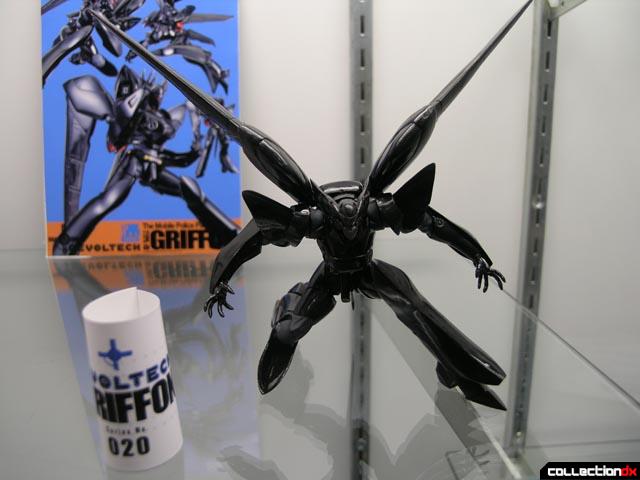 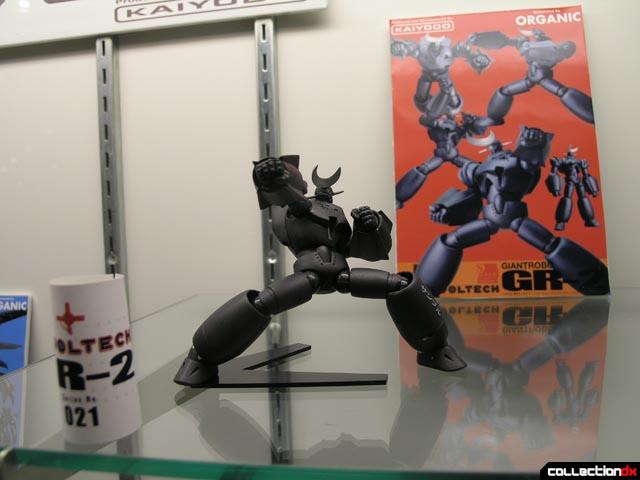 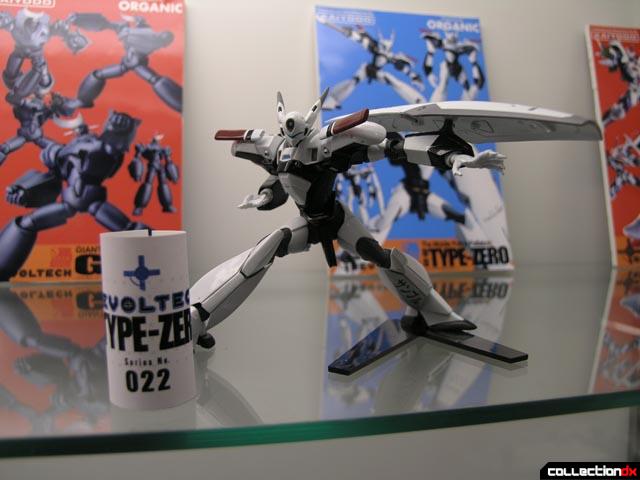 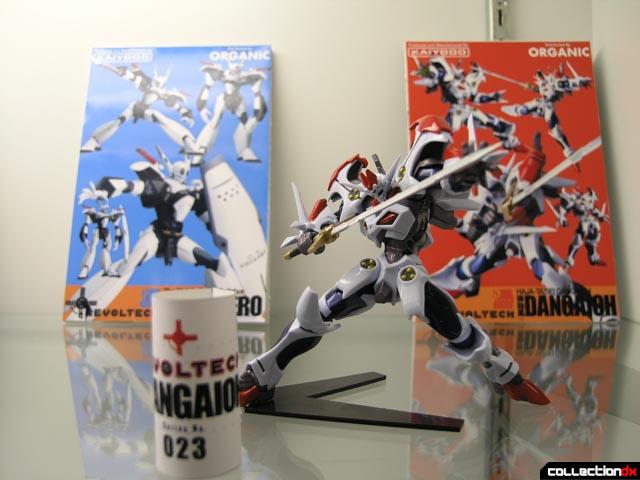 Of course there was the usual assortment of girly figures from series such as Magical DoReMi and Onpu-Chan. 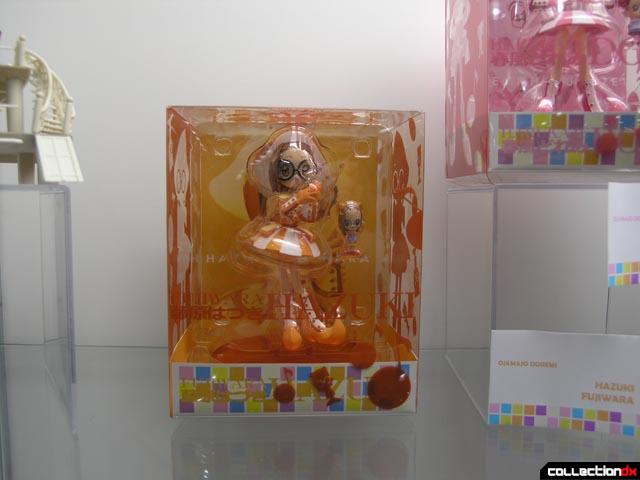 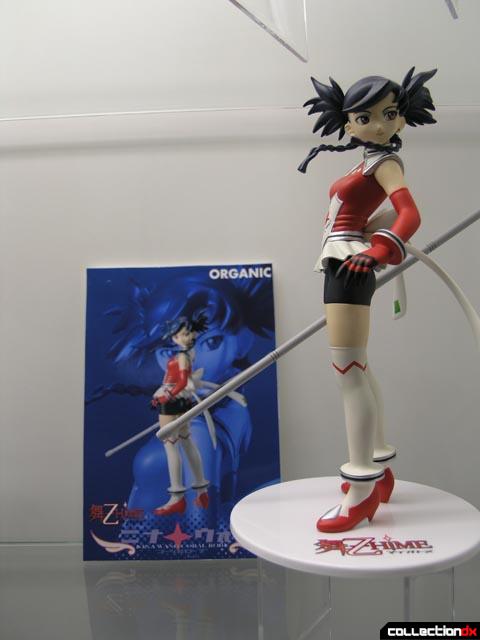 Organic is coming out with new sculpts of Chun-Li from street Fighter and Felicia from Darkstalkers. 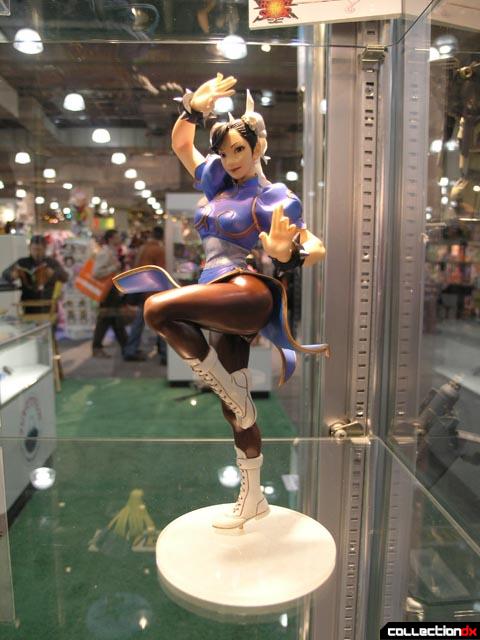 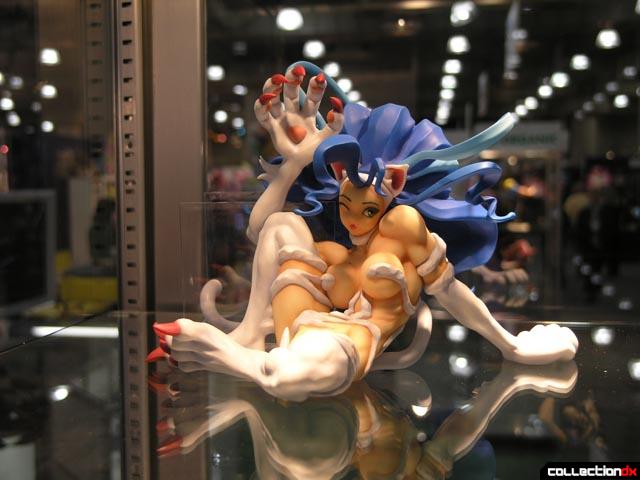 One of the main attractions was the CM's Corp Brave Gokin Patlabor. This is a SOC-quality version of the mecha from Mobile Police Patlabor. The toy features diecast construction with cloth joint coverings.. it is really impressive. 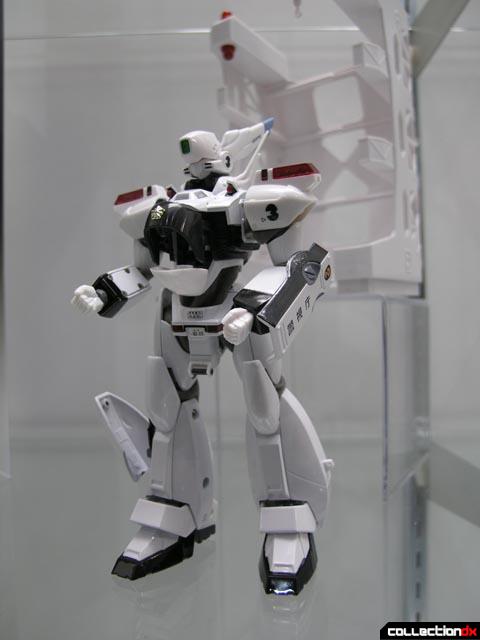 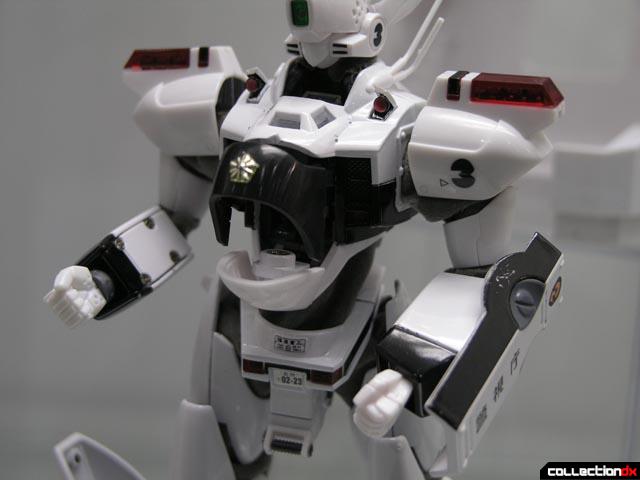 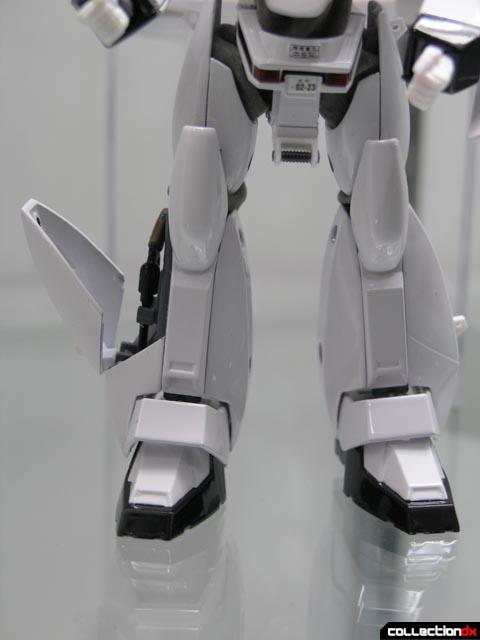 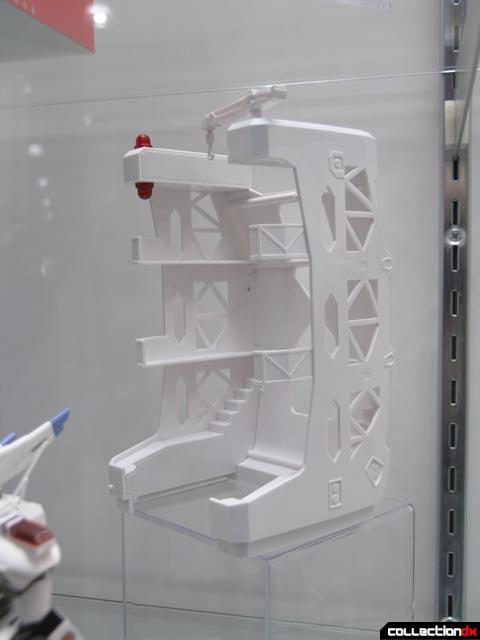 It comes with all the parts to make unit 01 or unit 02 as well as a display stand. The stand shown was white, but it is not yet known if that is going to be the production color. To get a better view, check out this video:

Organic is in the process of making toys from the video game "LOST PLANET". these were initially planned to be fixed pose figurines but Organic is pushing to make them fully articulated. The ones shown here are just models, and not production toys. 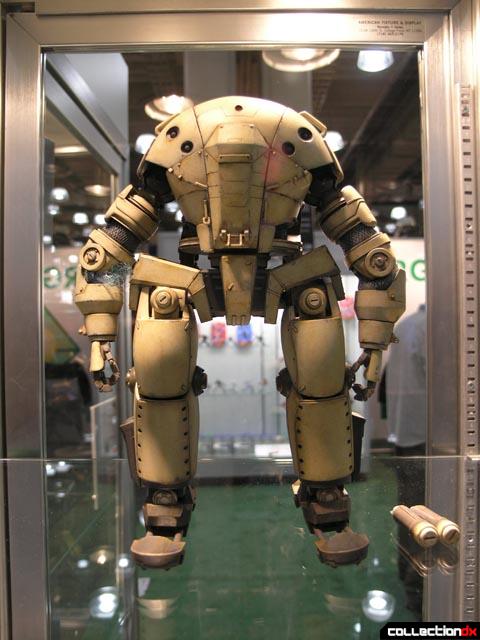 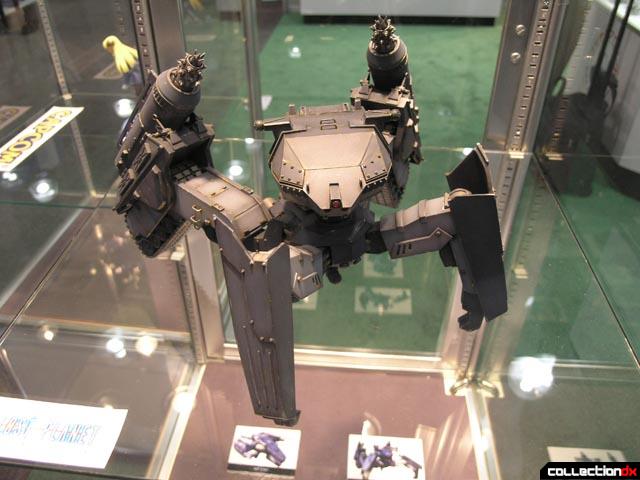 In terms of Trading figures, we saw new goods such as the Ghost in the Shell Tachikomas, JoJo's Bizarre Adventure, and Plawrestler Sanshiro. 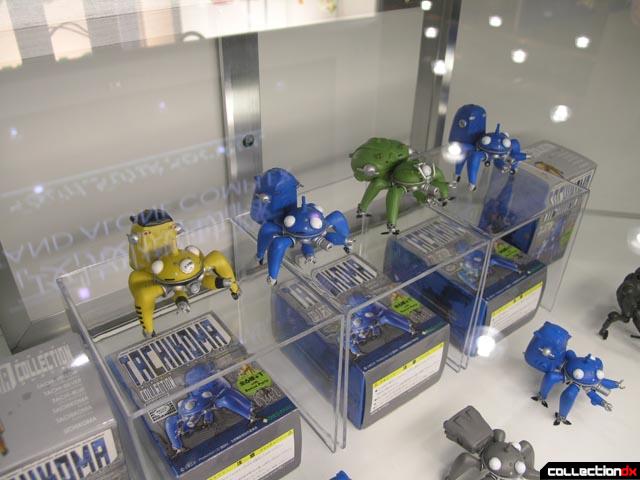 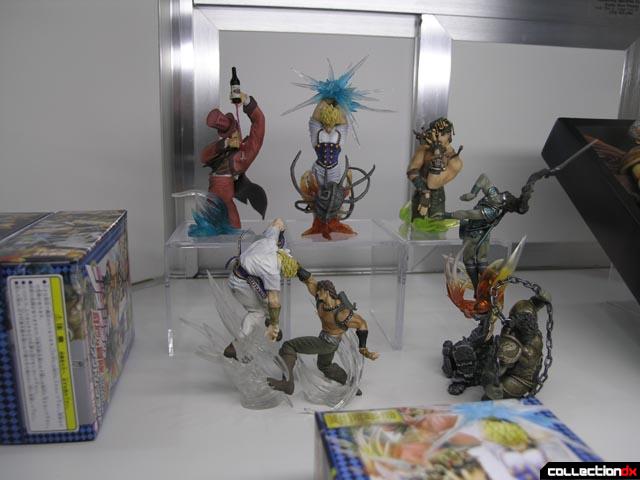 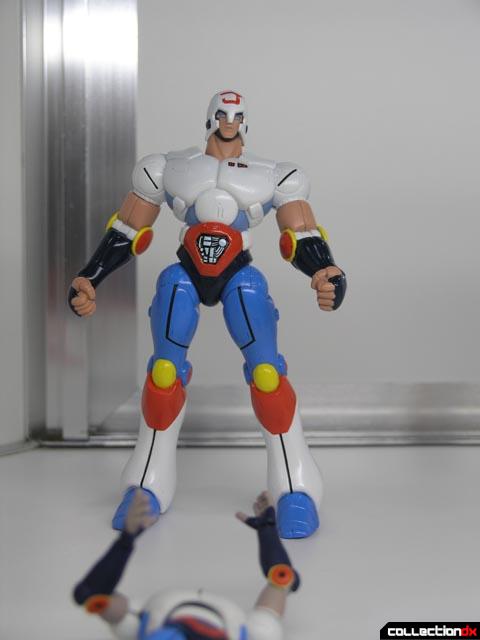 Organic is also getting into the plush game with Chopper Man. 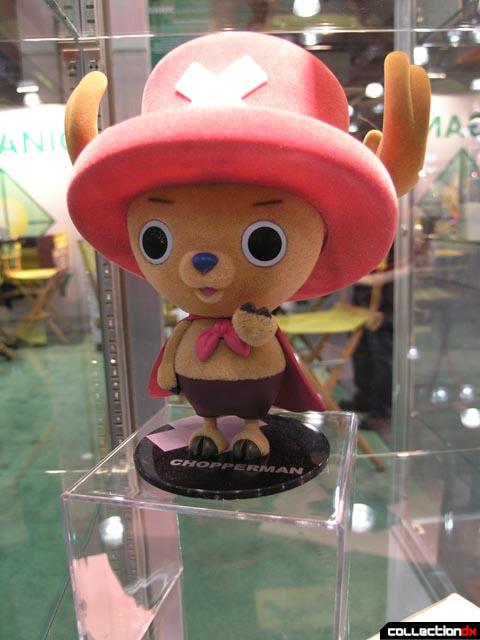 Organic will be distributing some items from Secret Base such as trading figures and... air fresheners? 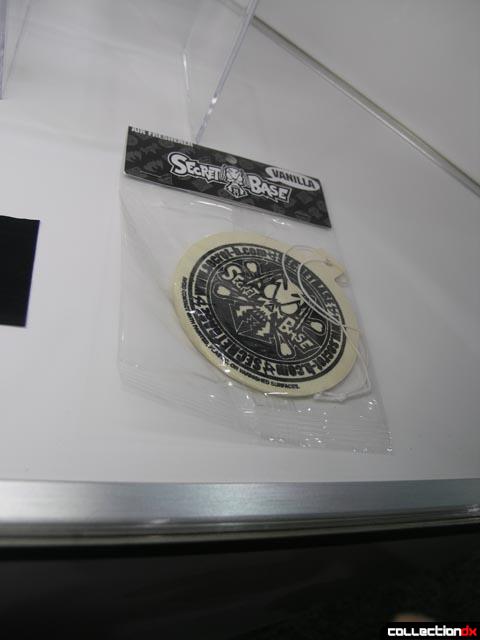