Here are some of the highlights:

TRANSFORMERS MOVIE ULTIMATE BUMBLEBEE
(Approximate Retail Price: $89.99; Ages: 5 & up; Available: Fall 2007)
Fans of TRANSFORMERS will love seeing BUMBLEBEE come to life on the big screen and this fall, they can experience the ULTIMATE BUMBLEBEE action figure, which is among the most realistic and technical TRANSFORMERS toys ever. The impressively styled Chevrolet Camaro Concept car changes into the beloved AUTOBOTS character, which stands an imposing 14 inches tall. BUMBLEE will “come to life” with robot animatronics action in both car and robot modes. Working headlights, battle sounds, and music, including Devo’s “Whip It”, all add to the interactive experience. 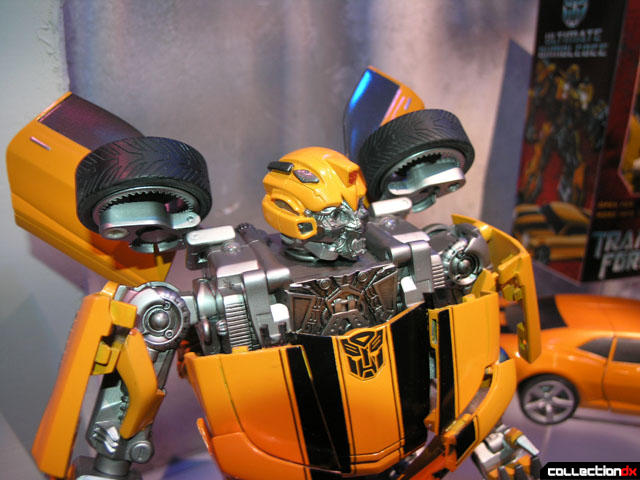 This toy was really impressive, and to me is the standout of the line. It is HUGE, and looks really sweet. No metal, but real rubber tires. Supposedly it will come preloaded with 7 songs. I took some video of this toy in action that I will post later. 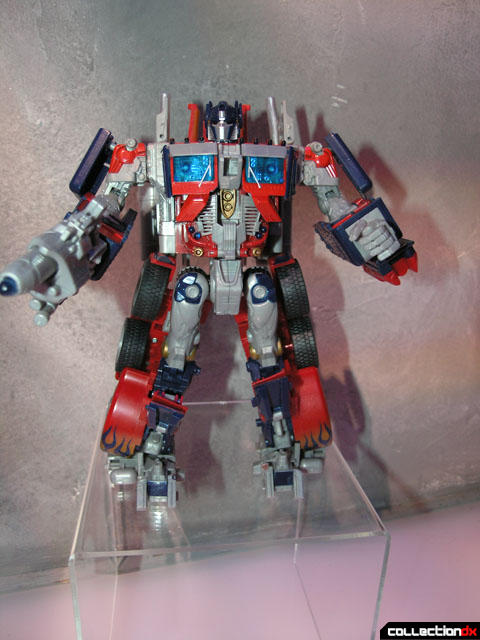 We were allowed to take pictures of Prime but not Megatron. Prime looks great in truck mode but I am still not sold on robot mode. Hasbro had a real challenge here in translating the movie designs into toy forms. Megatron looked cool, but its design and construction really reminded me of beast wars.

• VOICE CHANGER: Make your voice sound like a robot!
• BATTLE PHRASES: OPTIMUS PRIME speaks iconic phrases
• CONVERSION SOUNDS: Hear OPTIMUS PRIME change from a truck to a robot and back! 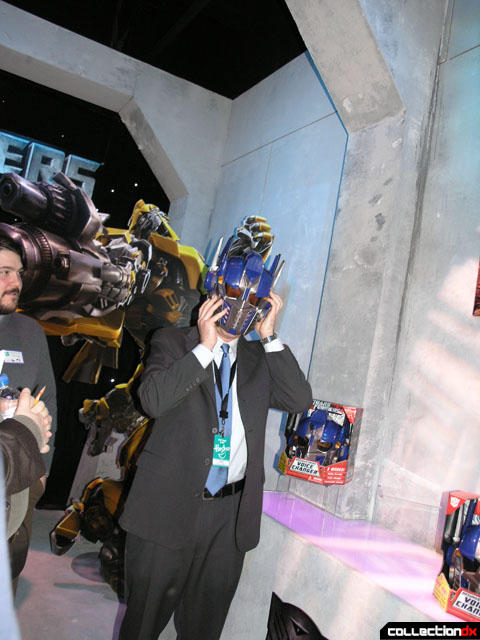 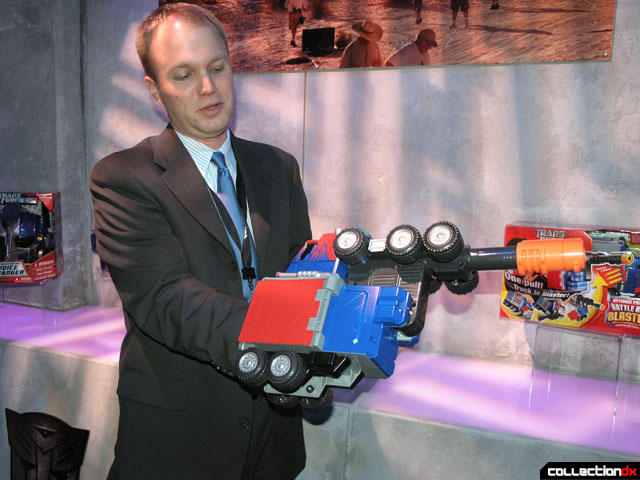 We were not able to get shots of these, but I really think this is one of the cooler toys in the line. They took the hard lines of the movie prime and smoothed them out to make something that looks really cool. Nice action features, cool proportions, this one is a winner.

The Hasbro reps were tight-lipped, but we were able to glean a few bits of information about the movie. For example, we didn't know the main plot of the movie. We found out that the ALLSPARK is here on earth. Each Transformer has a SPARK, which is their soul. The Autobots and Decepticons battle it out to gain control of the Allspark, which is in the hands of a boy and girl on the run. there is also a section of the military that knows about the Transformers called Sector 7. they have developed their own machines to combat the Transformers (my guess is it is Scorponok).

We got a sneak peek of the Transformers Video game. This game will be available cross-platform and you will be able to choose to fight as either an Autobot or Decepticon. It has GTA-style gameplay with smaller free-roaming cityscapes. Everything in the game is able to be destroyed or used as a weapon. The game is in a rough state right now, but it looks like it has promise. One thing that worries me though is that the game is FILLED with product placement. PEPSI billboards, BURGER KING restaurants and more litter the game. 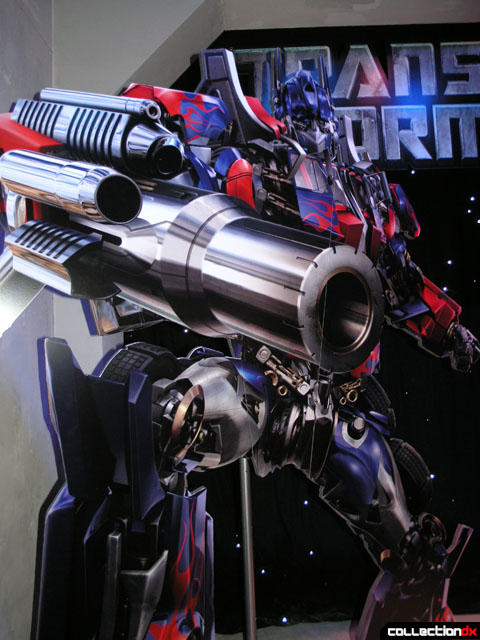