Well, there was certainly a lot to see with Hasbro’s Star Wars line this year. Star Wars is celebrating its 30th anniversary this year and Hasbro is not holding back on their selection of new items this year.

At the beginning of the tour, there was a poster showing off plans for the next three years for Star Wars. This year is all about the 30th anniversary. 2008 is all about the CG animated Clone Wars cartoon and 2009 is the live action series. 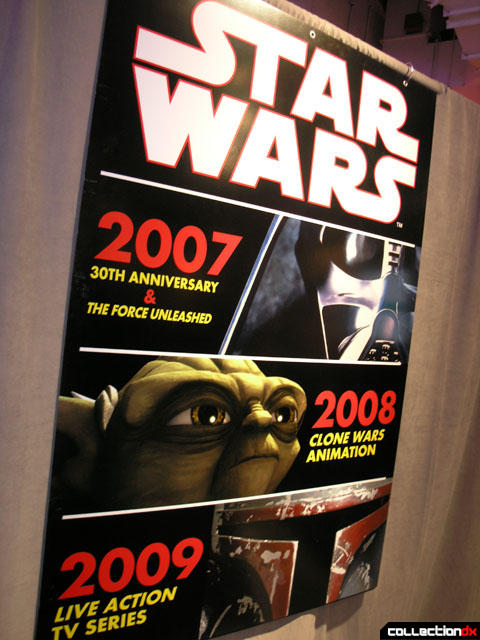 First up, the 30th Anniversary figures; most appear to be new sculpts. Highlights include more Ralph McQuarrie concept figures and an animated Boba Fett (from his first appearance in the Star Wars holiday special). 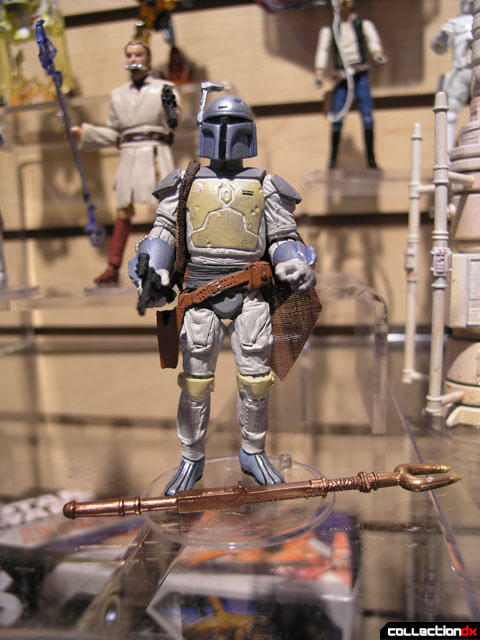 A new video game is due this year and there is a line of figures for that called Force Unleashed. Highlights included a severely battle damaged Darth Vader, a female Officer, a black Royal Guard and what appears to be a lightsaber-wielding Stormtrooper and a Jedi wearing armor. 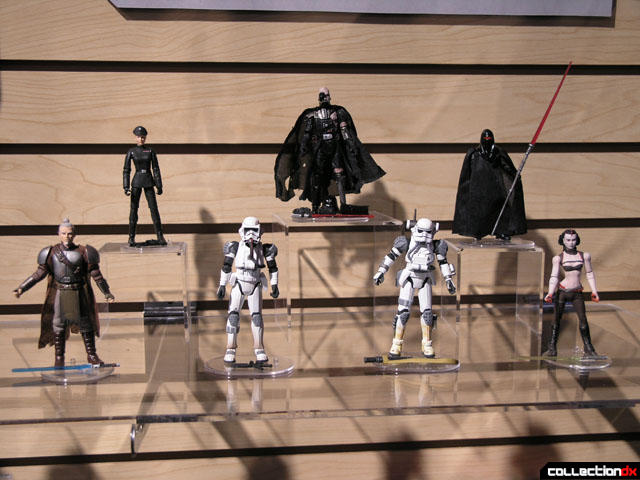 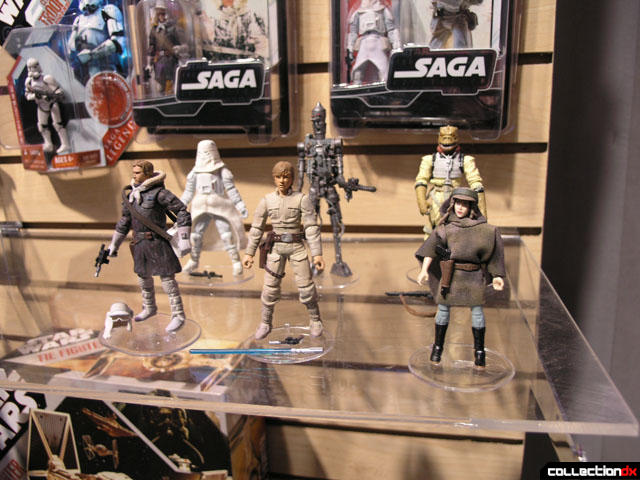 New vehicles are coming as well. Included are a repaint of the first Jedi Star Fighter painted to look like Saesee Tiin’s fighter, a Sith Infiltrator, and Republic V-Wing Fighter. The Sith Infiltrator is not in scale and only has a cockpit big enough to fit one figure but the price point will only be $20. It also looks like they will be reissuing some classic vehicles like the original Tie Fighter. 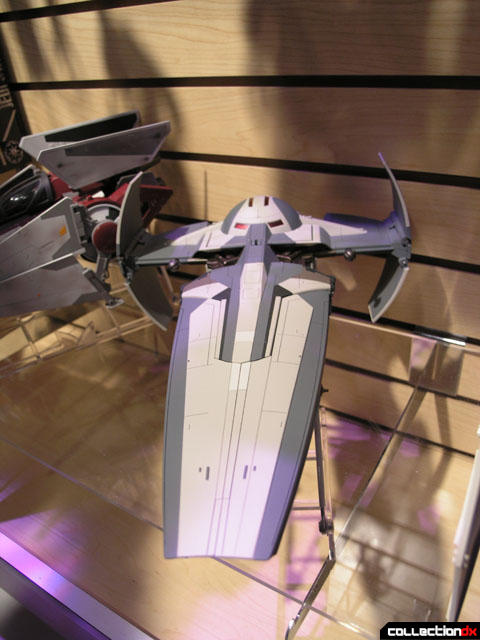 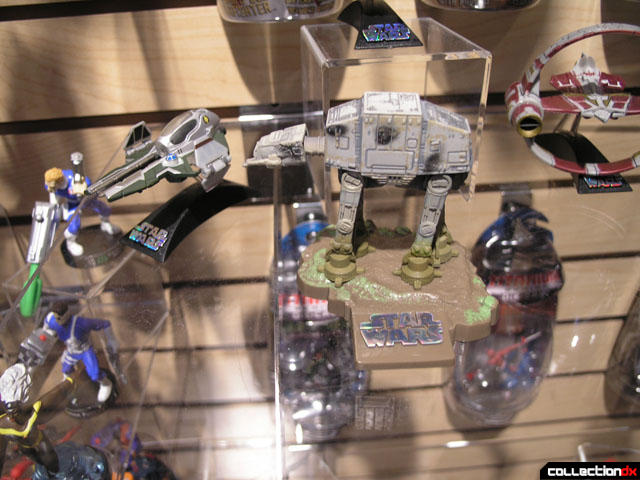 More Star Wars Transformers are on the way as well including an At-At, Jedi Star Fighter with Hyperspace ring, Snowspeeder and a Death Star. 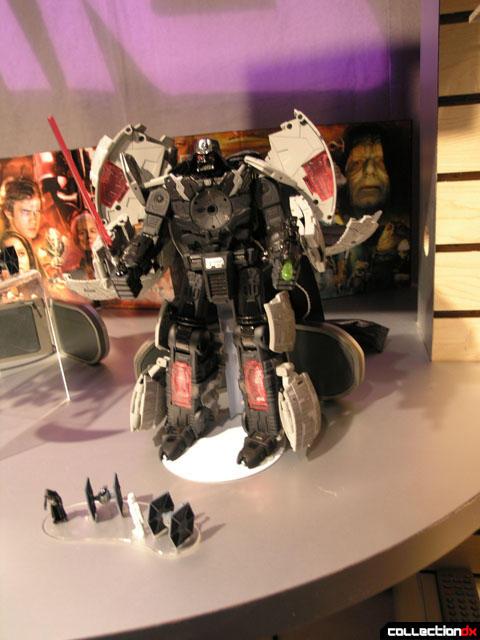 New figure packs will be available for the preschool Galactic Heroes line. 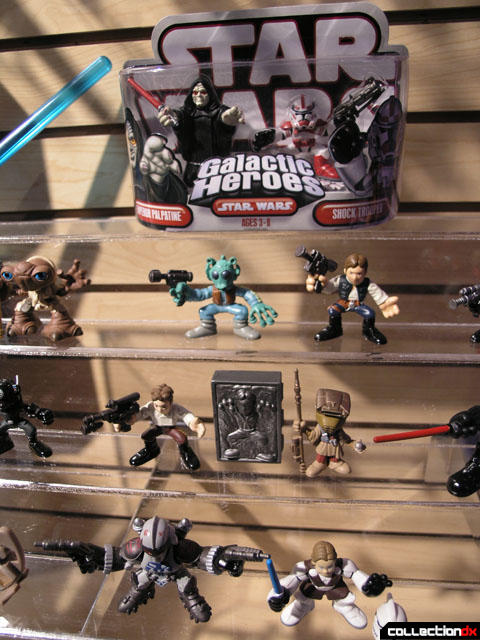 Hasbro was also showing off lots of additions to their Attacktix game line and the smaller scale Unleashed line, larger Unleashed figures where nowhere to be seen. 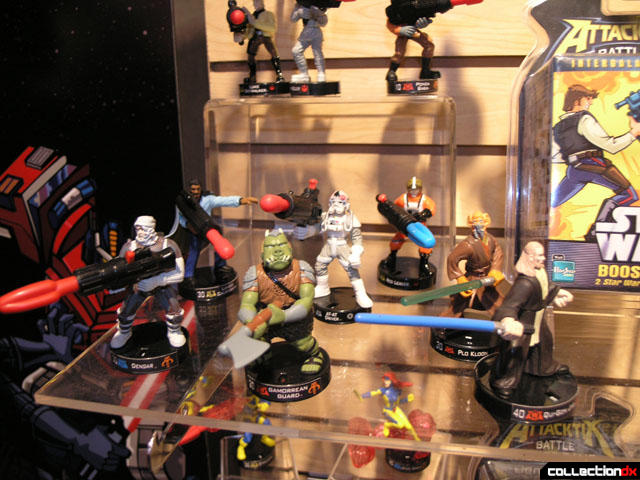 1 comment posted
Why are the good ones new trilogy?!

Hey these Star Wars TFs are starting to look like Transformers!