So as you all know, Josh and I hit up the New York Comic Con October 13th. I attended all four days of the madness but it wasn't until the day I attended with Josh that we made a pretty cool discovery at the Comic Con. I had been commenting to Josh about what hidden treasures lie within. Sure enough, we walked by a booth and found some interesting items.

Josh had spotted some Voltron boxes off to a corner. The booth happened to be the Media-Blasters booth. The guys who brought us the Voltron DVDs! One was a Trendmasters Voltron box and the other was a huge Korean Voltron box. Josh thought that the Korean Box may be a jumbo so he asked to look at it. 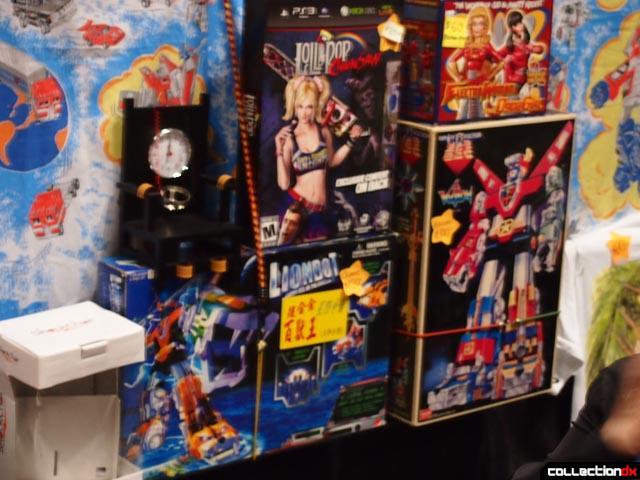 Once we opened it, we realized it was a standard Korean Voltron release. However, upon closer examination, I realized the lions were diecast! For those of you who don't know, a Korean diecast Voltron is not known to exist. I then proceeded to nerd out a bit on it. 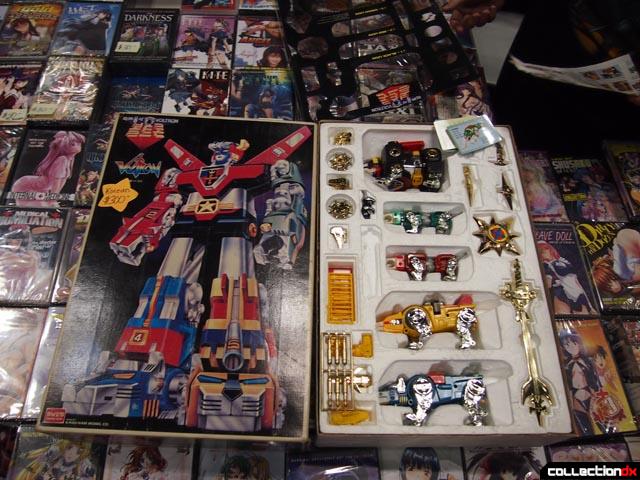 The box art is absolutely gorgeous! 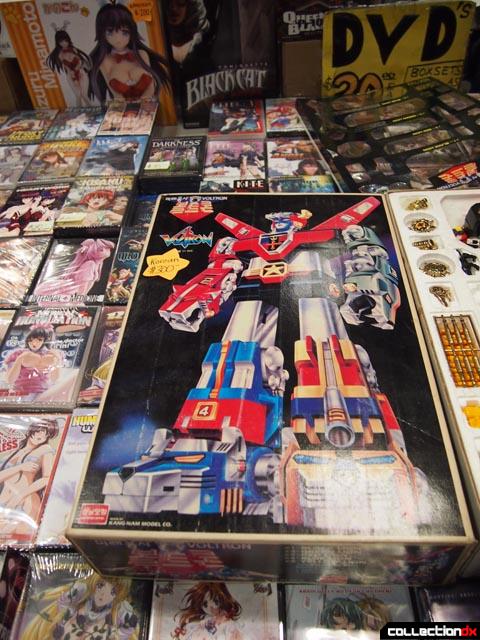 While the lions looked to be your standard knockoff diecast Lionbot-type set, I couldn't get over the idea of a Korean Voltron Diecast. I was already brewing up ways on how to buy this set. The gentleman at the booth explained to us that the owner of Media-Blasters was also the owner of this set. He had purchased this set in Mandarake, a well-known store in Japan, a few years back. 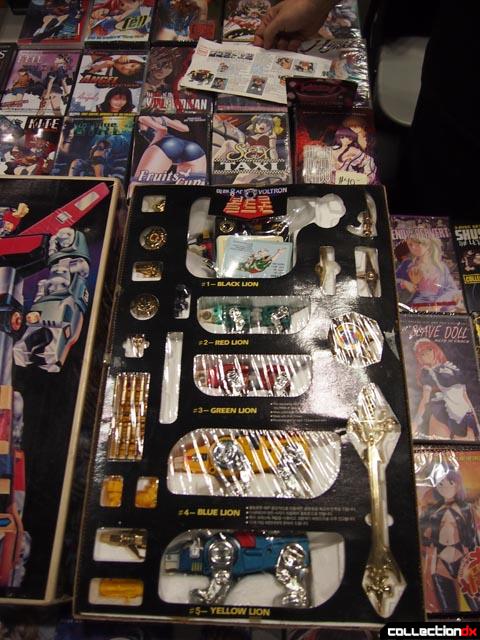 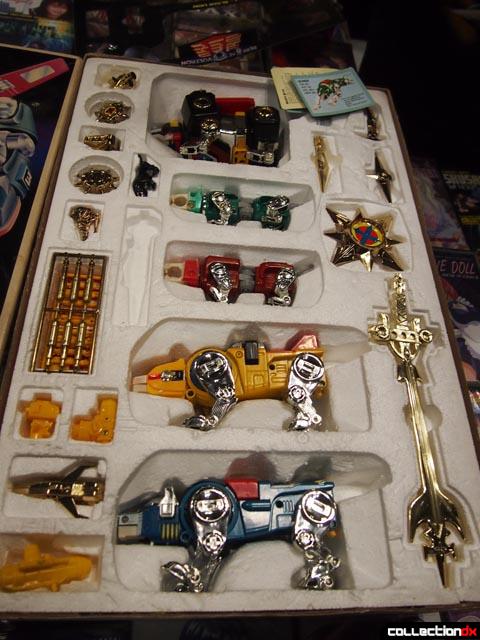 The set looked to be complete right down to the trading cards and color instructions. 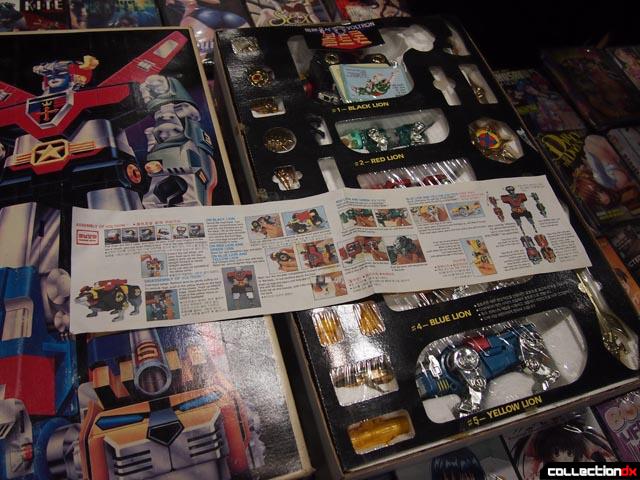 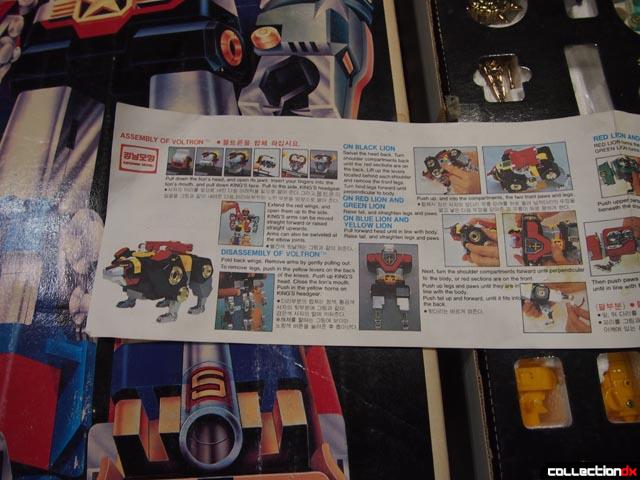 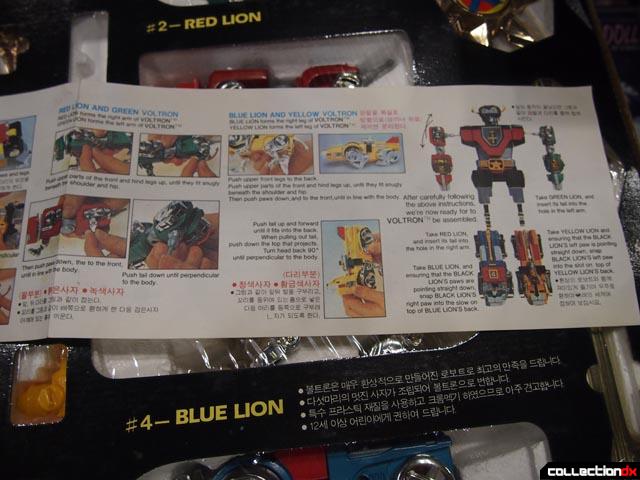 The next set we took a look at, was the Trendmasters Voltron, except...wait a minute, it doesn't say Voltron, it says Lionbot! 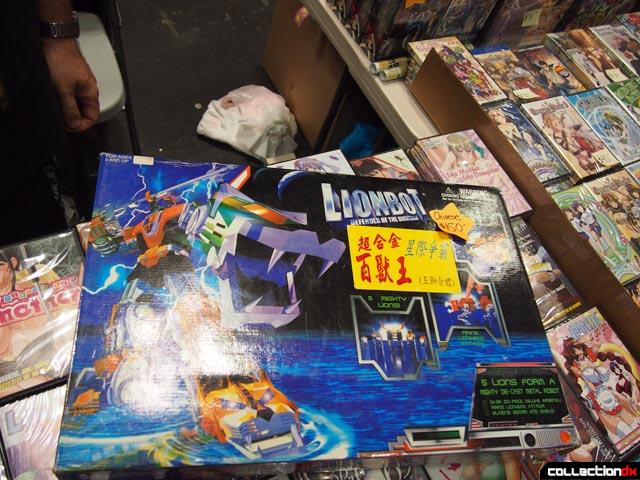 It even has that annoying kid on the back just like the original Trendmasters box. 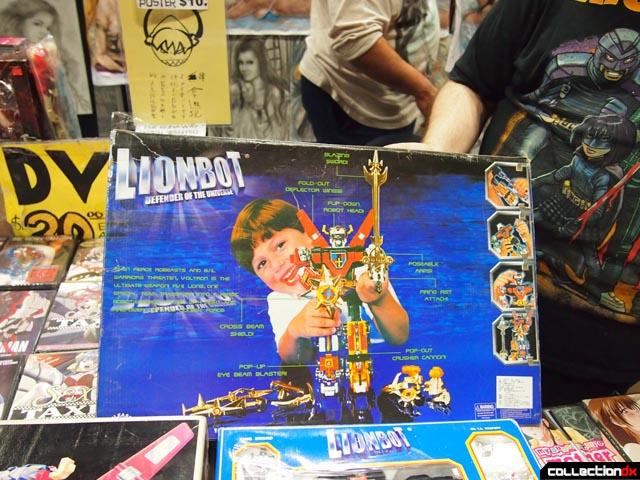 I was really nerding out by now. I hadn't seen this variant before. If I had, I probably passed it off as a Trendmasters since glancing quickly at it, it can fool anyone. The Lionbot labeling gave me a reason to have to own it. Especially after pulling it out of the box, it revealed a beautiful window sleeve. 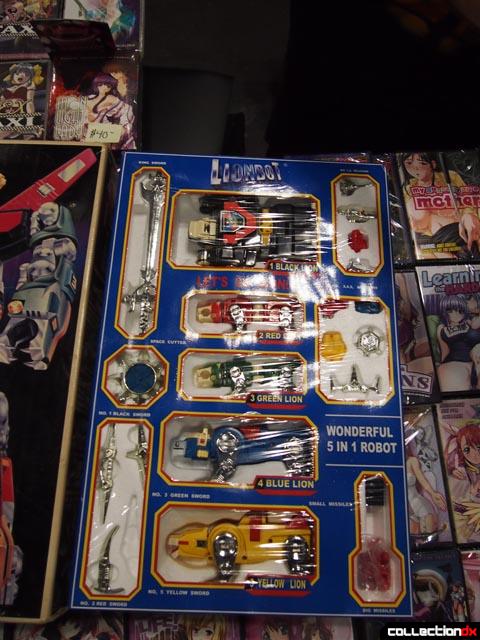 Now here is where it all gets strange. After removing the window, I realized the lions were plastic and had white paws which made me nerd out even more. 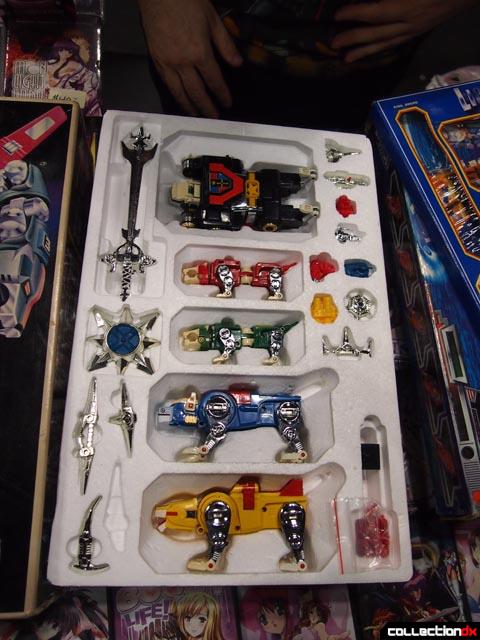 So now we have a Korean diecast and a plastic Lionbot. It's usually the other way around. Josh and I both had our eyes on buying these but we did not have the money to pull the trigger on these. Instead we bought one Bandai kit each. Josh of course got the Dairugger kit and I got the Golion kit. These are worth it for the artwork alone. 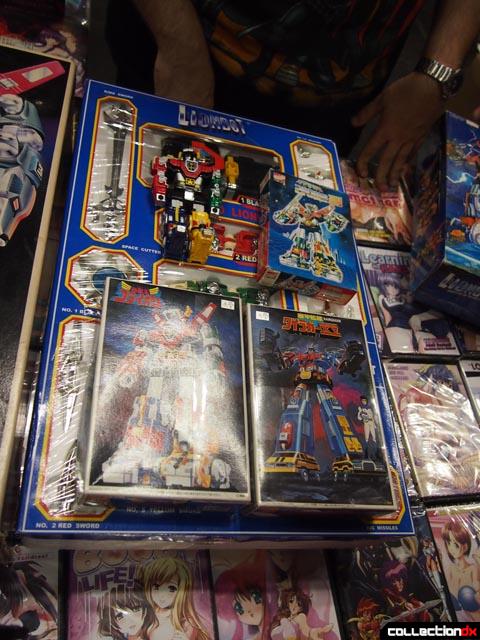 We asked for some contact info and were on our way. While we were resting outside, all I did was think about these sets. Then, somehow my brain, which is running on no sleep and no food, had just enough to make a small dimly lit bulb appear above my head. I turn to Josh and I said "Hey, maybe they switched the lions in the boxes". Josh thought I may be right.

The next day I headed over to Comic Con again with my wife this time.I had been emailing the owner about making a Paypal payment for these. He agreed and now it was just up to me to pull the trigger. I emailed Josh for some reinforcement in pulling the trigger. Now it was all up to what my wife thought. She turns to me and says "If you leave without buying it, you are going to regret it and I'm gonna have to listen to you whine." So I hit the Send Money button. It was done. They were mine.

I headed over to the booth and the gentleman who originally showed us the sets had spoken to the owner about the possibility of the sets being switched when being stored away. When the owner of the Voltrons who is also the owner of Media-Blasters came over to complete the sale, he explained how these sets were in a display case at the front of the Media-Blasters office. He had purchased them on a trip to Japan because WEP, who own Voltron, had no artwork to provide to the illustrators of the DVD packaging. and promotional material. So these sets were used for reference material. AWESOME. That just made these sets much cooler. He also explained how the original Voltron video reels were so beat up and deteriorated, that he hired one person to used original TOEI footage and edit it to fit around the original sound recordings of the Voltron show!

Here I am with John, the owner of the Voltrons and Media-Blasters 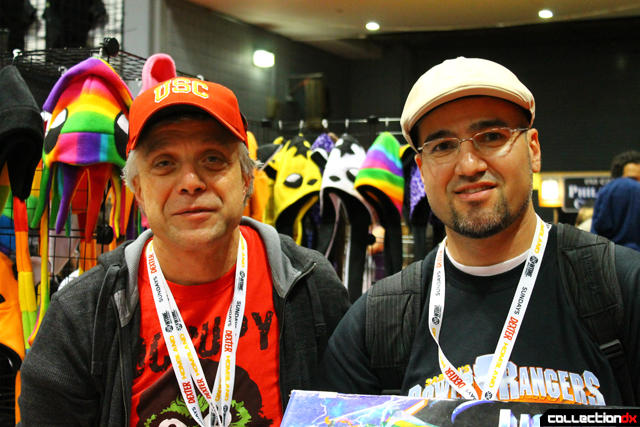 THEY ARE MINE! BWAHAHAHA! 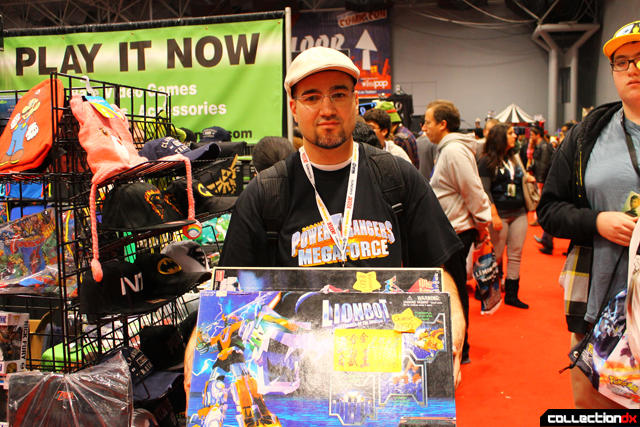 While the sets did turn out to be switched which made them a tad less of a crazy find, I love them for the history they have as reference material for the DVDs of a character that I grew up with and love.

Coincidentally, I've been watching "GoLion" on Crunchroll on our Roku II player during lunches. (I'm up to Ep 40...?) It's not what I expected, and surprisingly violent too.

I've always wanted a good quality transforming Voltron, but never had the money or opportunity. I am ashamed of this.

That is a really nice Korean Voltron you got there. And that box is quite big.
Out of curiosity, is that the Voltron that has on its wings the Korean flag as stickers?

I thought I was the only one who noticed it. LOL!!!

Maybe the weapons were swiched too?? The gold weapons may have been from the trendmasters set.

These finds will make me go to shows.

Show us a mini lionbot review.