While Bandai America didn't have a traditional booth, we did find some interesting Power Rangers merchandise.

They had set up an arcade with a gift shop selling shirts and Pac Man video games, but on the corners of the kiosks were some displays with some Power Rangers stuff.

First off, check out this "Import Edition" Megazord. It's the DX Shinken-Oh from Shinkenger! (Power Rangers Samurai). It looks like this version will be available online. 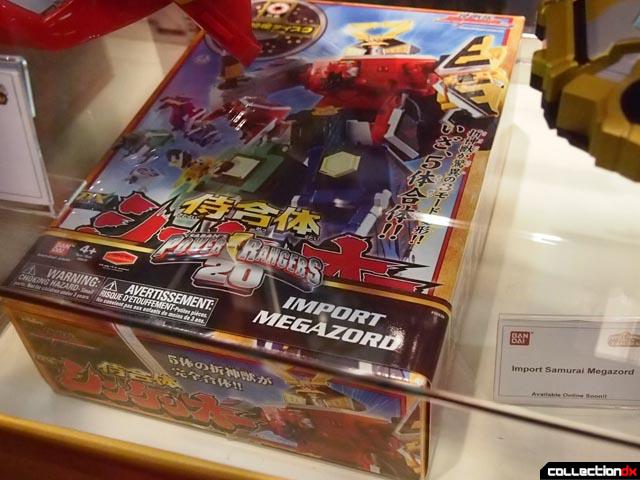 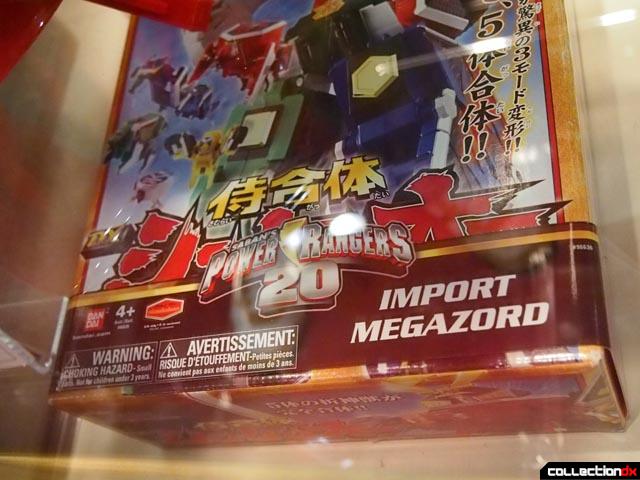 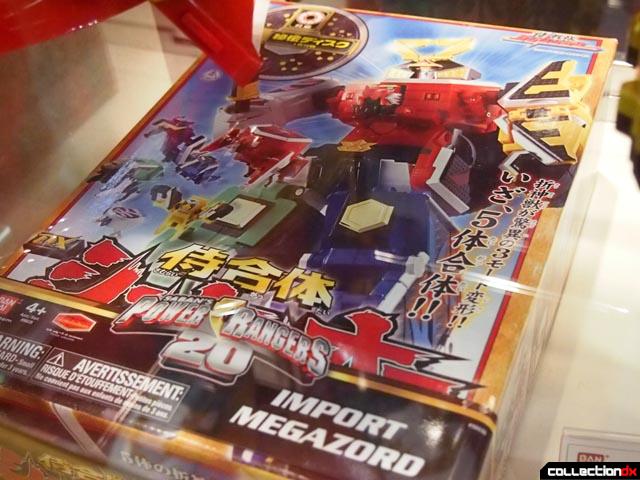 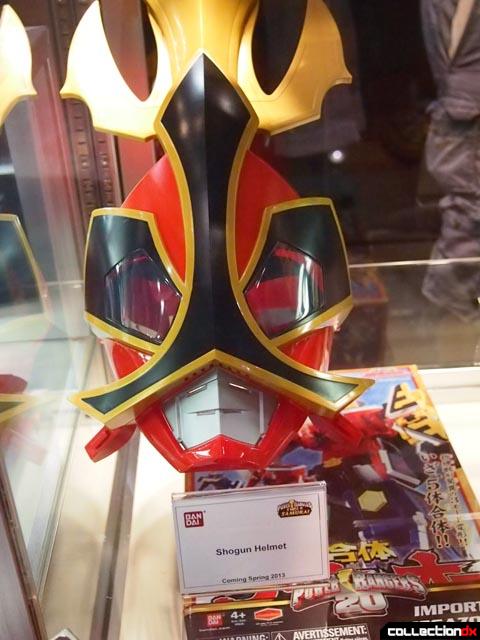 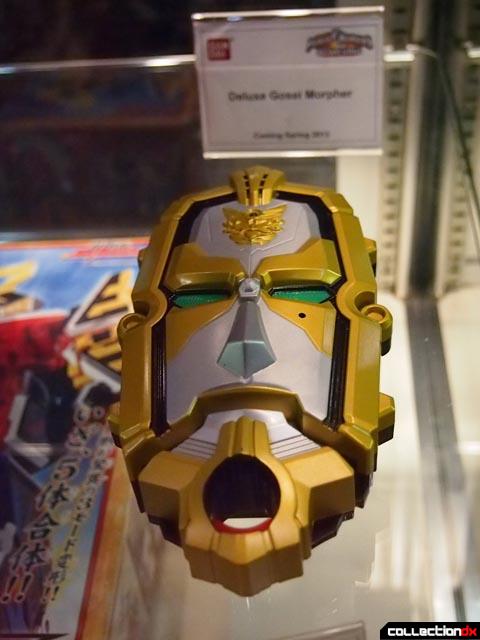 Here's a look at the new Deluxe Megazord from Power Rangers Megaforce. This looks to be a new mold for the US release. 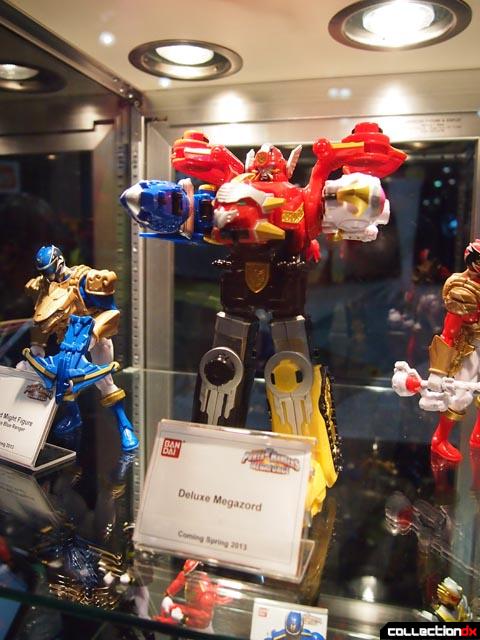 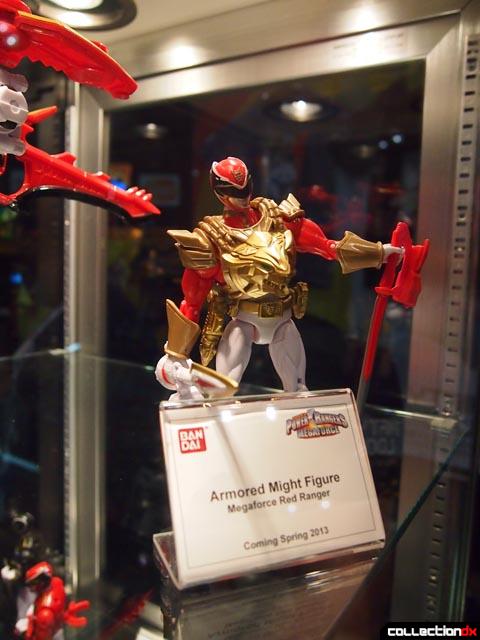 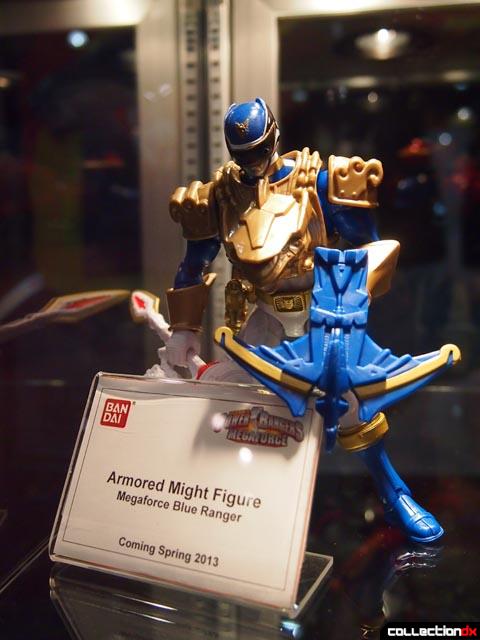 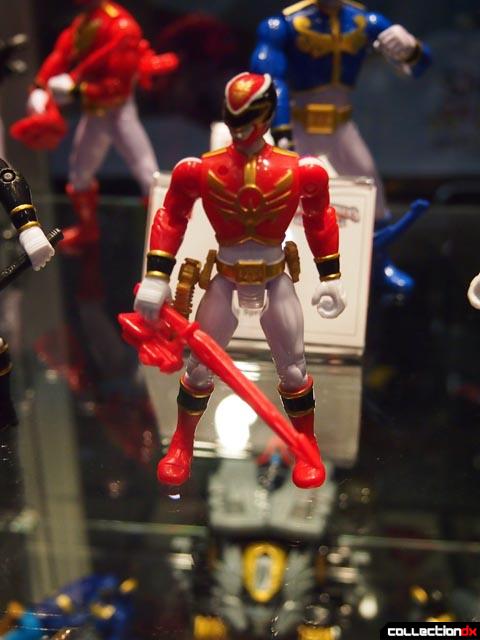 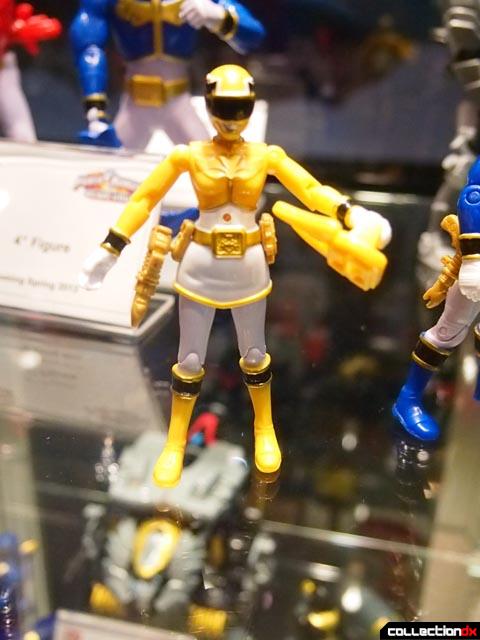 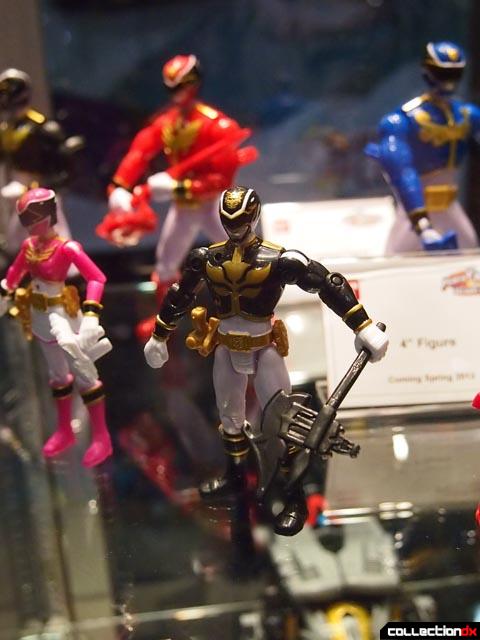 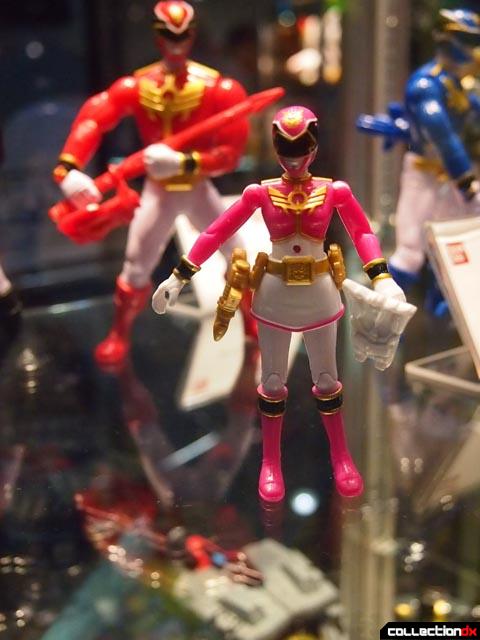 I'm not sure what these are due to them not having any knee joints. 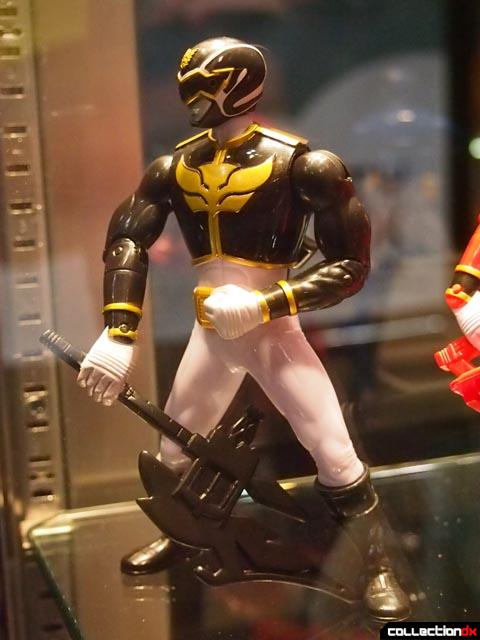 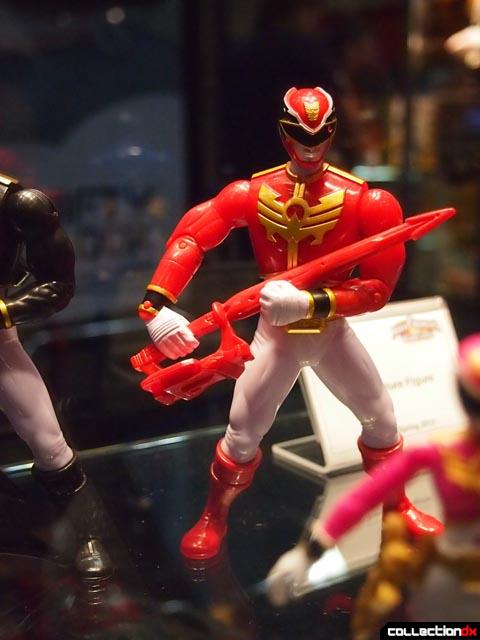 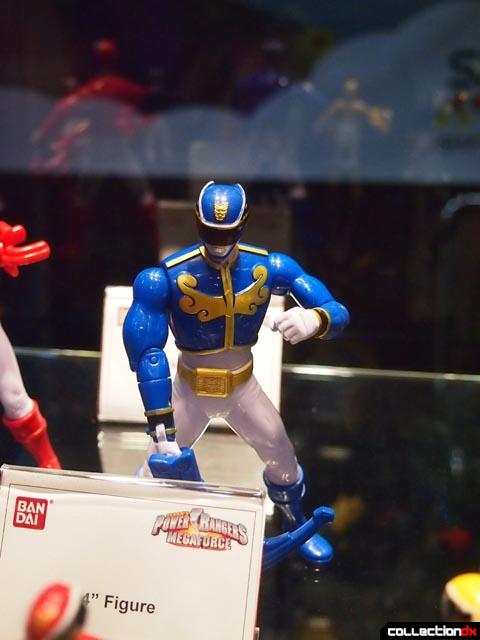 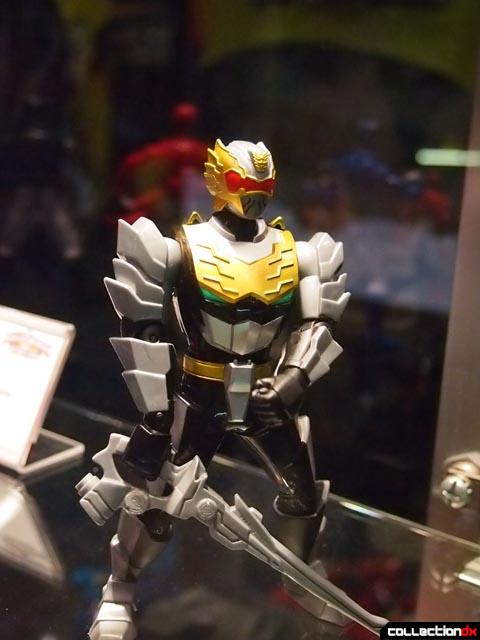 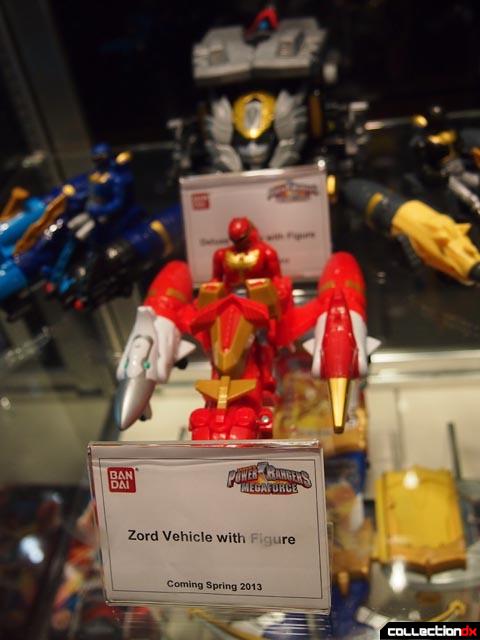 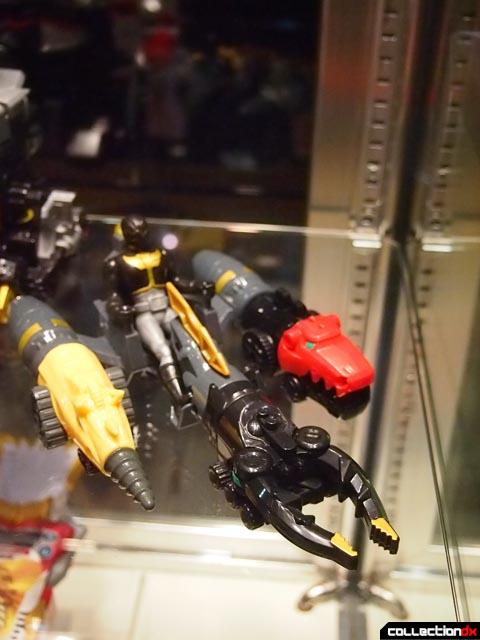 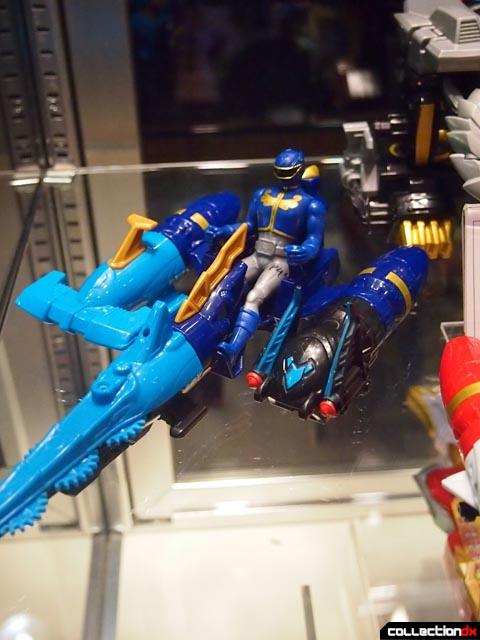 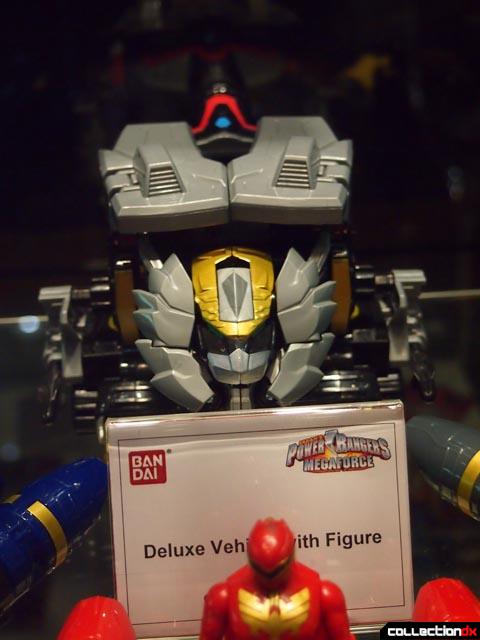 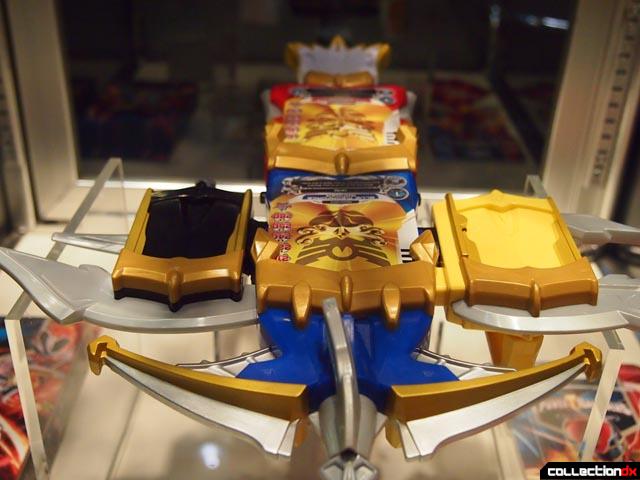 4 comments posted
Hells yea! I can finally get

Hells yea! I can finally get me a DX Shinken oh! This made my weekend

Just gimme my Green and White rangers from MMPR already Bandai !! If red is a done deal then Green and white can't be far behind, right?

If you mean the Green Ranger ala Dragon Ranger I'm sure they'll probably do that, but White Ranger would require that they do an SH Figuarts of Ryu Ranger from Dairanger first.

I got two things to say:

2. I'm super excited that the Shinken-oh is coming soon! :)

One more thing is anyone sure when the Deluxe Gosei Morpher is going to hit the shelves?