The 2007 East Coast summit went on as planned on June 30th, 2007. Participants arrived from all over the East Coast to eat food, trade toys, and engage in general mayhem. 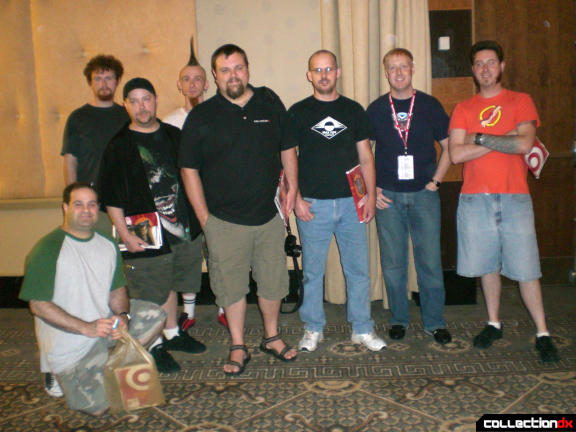 First on the agenda was Botcon! We had a good time there, but we left early because we knew all the great times were waiting back at Sanjeev's house. 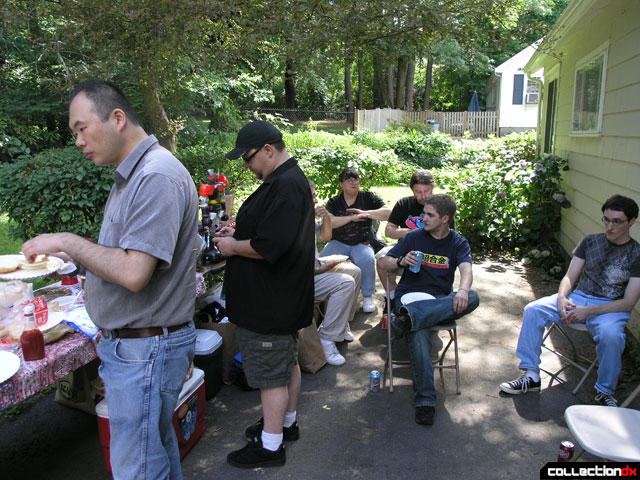 We started off the day with the raffle. CollectionDX sponsors had chipped in and donated prizes to raffle off to attendees. The response was so great that we had enough items so that everyone who attended won something! Special thanks to all the sponsors who donated items for the raffle and gift bags:

From there we gave out a ton of shirts as well as the goodie bags. Inside the bags were LEGO Bionicle toys, copies of the latest Super7 Magazine, trading figures and a full set of Series 2 Beantown Beans, as well as posters, stickers and other goodies.

We had two unexpected guests at the summit this year. First off was 9-time Hugo Award winning artist Bob Eggleton! Bob brought a bunch of cool prints to offer (which Sanjeev and others greedily snapped up). 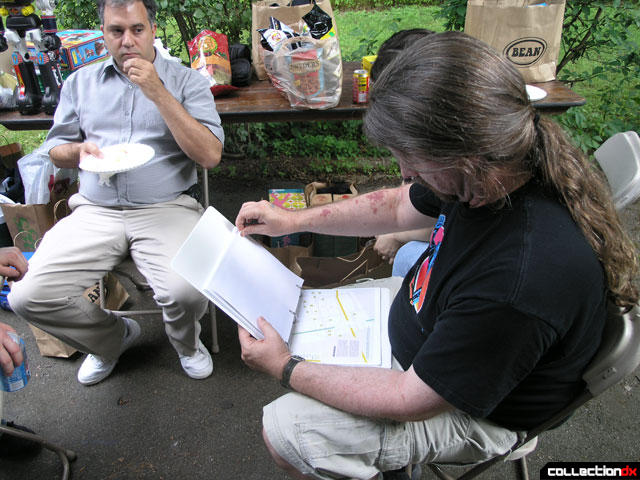 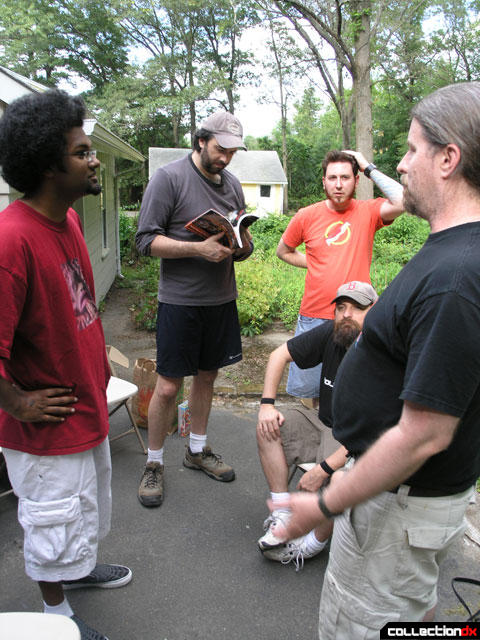 Next, Jason brought his special guest - his 6 foot Gundam! No summit is complete without him! 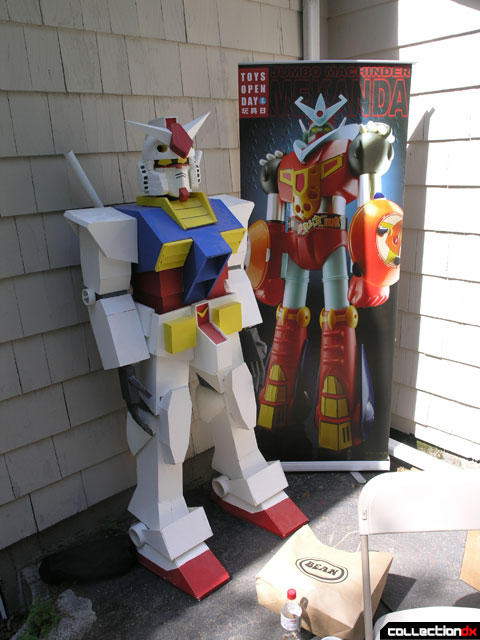 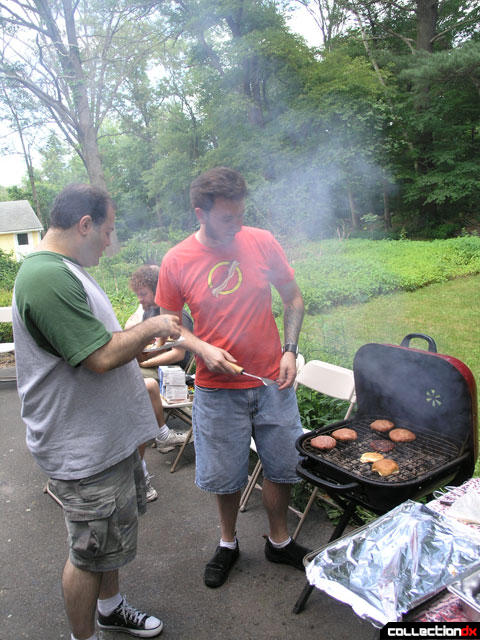 We decided to dump all of our toys out on the lawn and begin wheeling and dealing. Everyone made out like a bandit, with lots of goods exchanging hands. 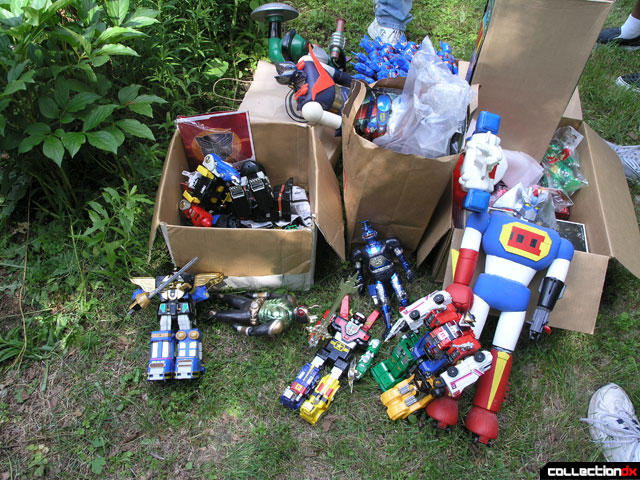 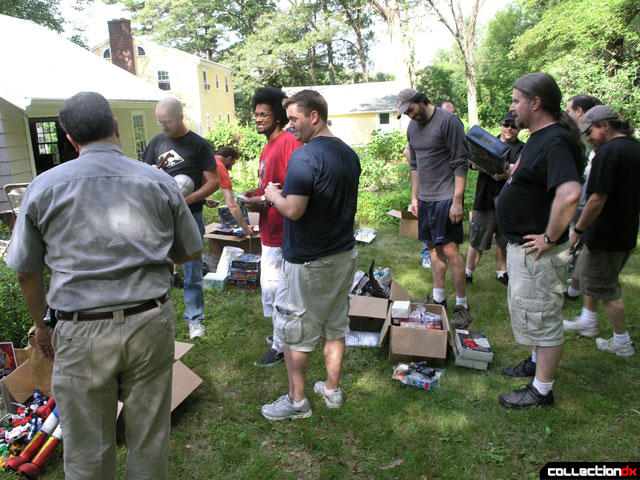 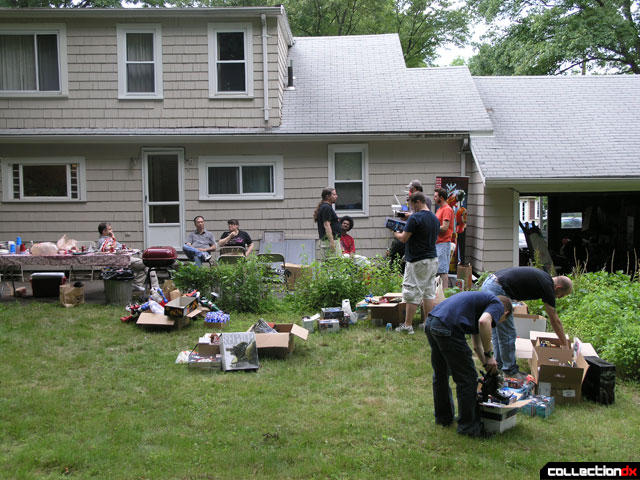 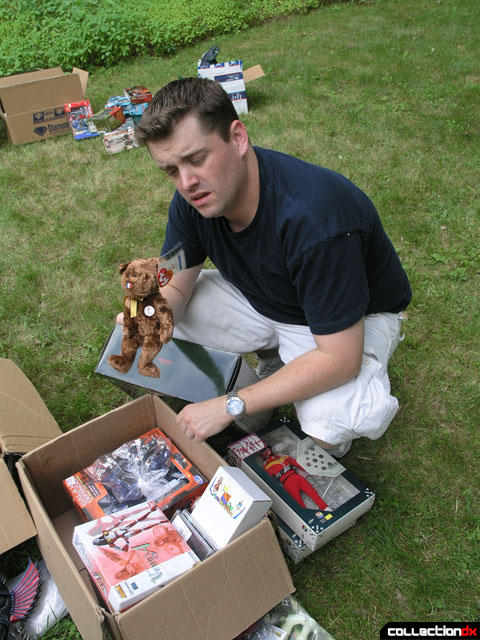 Dave brought out his Ring Toss Mazinger and we all played a few games, with Carnival Machinders as prizes! 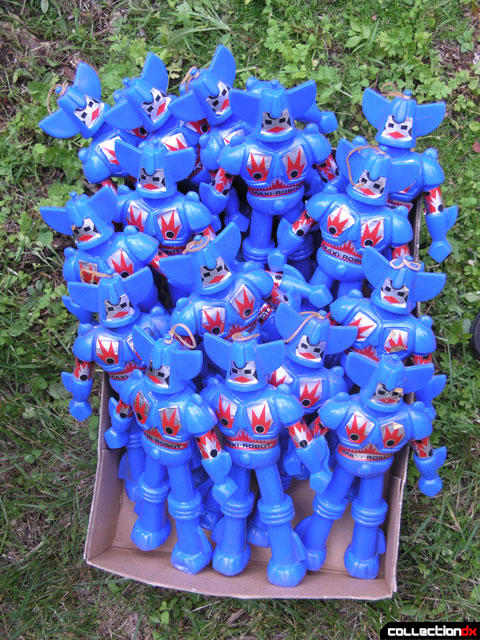 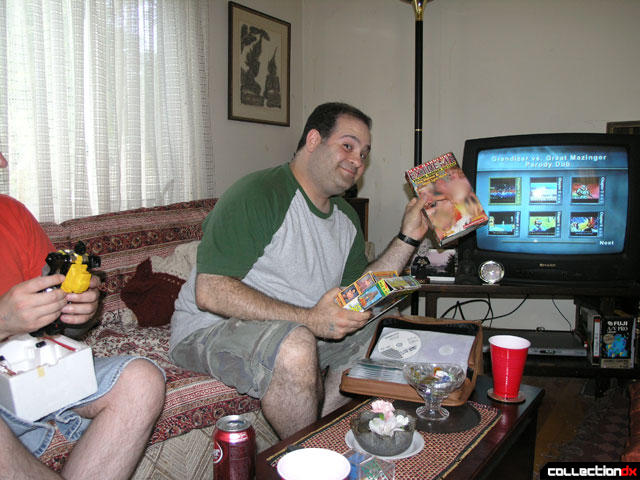 I'd like to thank Sanjeev for hosting this year's summit, Mason, Roger, and Doc for the food, Jason for the drinks, and everyone else for attending and having a great time. Thanks to Matt and Jesse of Onell Design for the great TEH JERK shirts! Thanks to all the sponsors who participated, and thanks to mother nature for the great weather.

See you next year!

Agree. For a Summit that really sort of seemed to come together at the last minute, I'd say it was one of the best ones yet. Thanks to everyone who came and hope to see more next time...