CollectionDX participates in the custom Yoka show at DesignerCon 09

So I know CDX isn't exactly known for its love of designer toys, but I was given the opportunity to do a custom toy for a group show and I figured what the heck? Turns out I had a lot of fun doing it, and I actually ran out and got another couple of blank figures to work on my next pieces. 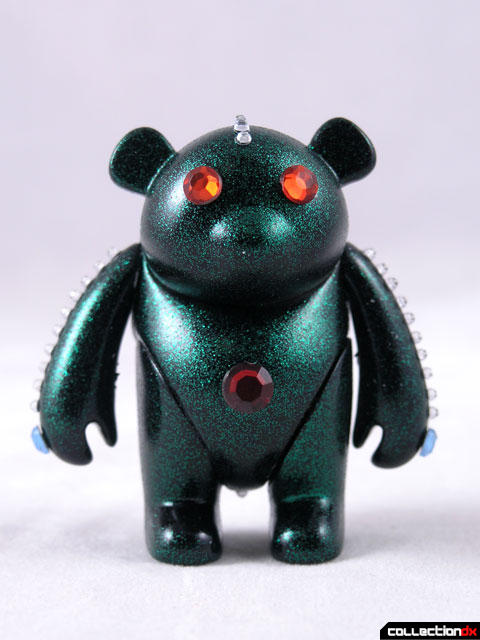 Let's be clear here - this isn't a toy - this is an art piece. Well, It may not be art per-se, but it's something that I created myself, and that's saying something. 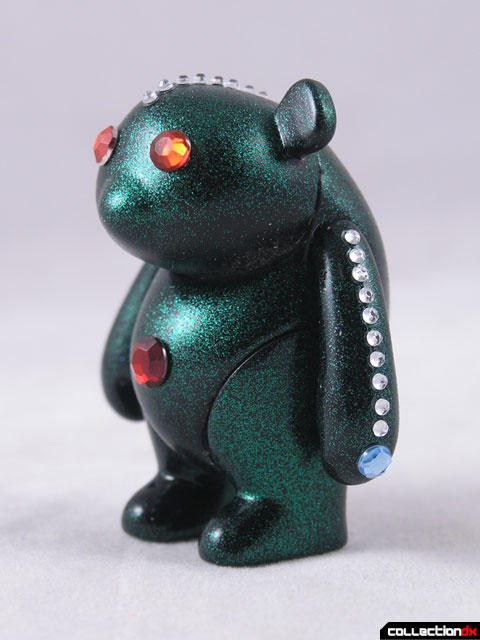 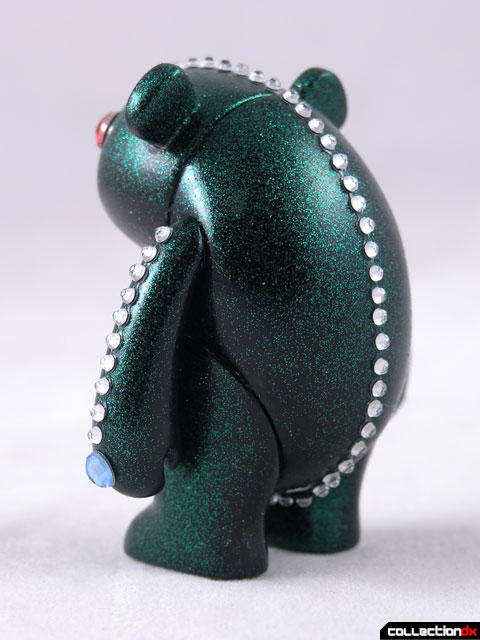 I name it Bejeweled - after my wife's obsession with the game of the same name. 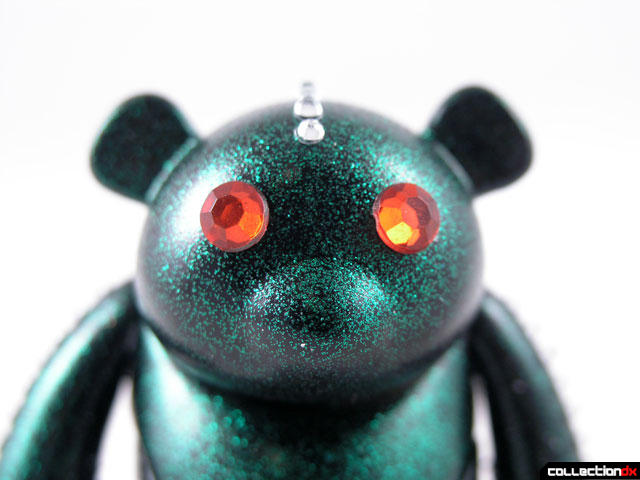 DesignerCon 2009 will be held November 21 at the Pasadena Convention Center in Pasadena California. More information about DesignerCon can be found here:

The Yoka show consists of a few hundred pieces, all done up in each artists unique style. Some you know, some you don't.

I won't be able to attend unfortunately, so if you go, take pictures!

Neato! Glad it turned out so great Josh. The grainy green looks really awesome in contrast with the gems.

I like the strips of gems. Makes me think they would light up or something.

Send me in to report! That's about a half an hour from my house!

BTW its great to see another toy design in your resume Josh!

^_^ The bear does look cool. I would have stopped just shy of that last gem on his..*ahem*..but the rest looks fantastico.

You should make more pieces like this. They would be delightful pieces to show if you decide to present them @ an exhibition over at Art Basel in Florida.