Battle strikers are new toys from Mega Bloks, but they aren't blocks at all. They are Battle Tops.

You may remember the BeyBlade fad a few years ago. Well, Battle Strikers takes this concept in a new direction. But the concept of the Japanese Battle Tops goes back hundreds of years. Called "Beigoma", these tops could be found in Japan as far back as 1200 AD. The idea was that you would have a top that was wound with string, and you would launch it into a ring and try to knock another top out of the ring.

BeyBlade hit big in 2002, but hasn't been heard from in a while (although a new series is out in Japan and planned in the US) so it was a good time to bring another battle top toy to the market.

Mega Blocks takes their expertise in magnetic toys and combines them with building toys to get Battle Strikers. 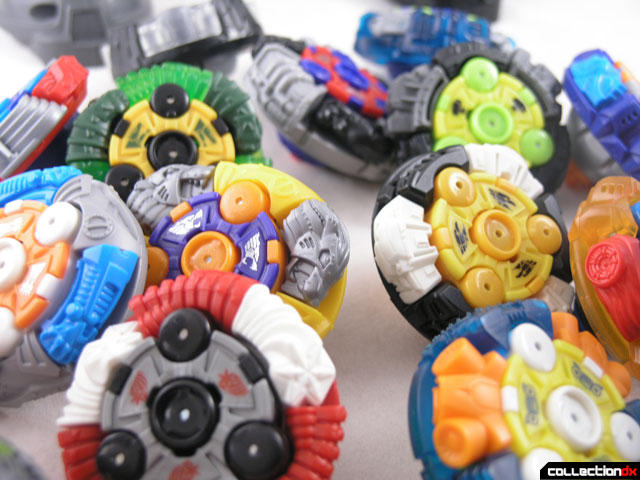 The tops themselves are made out of several pieces and come unassembled. The parts consist of:

Medallions: These plastic parts have the top's logo printed on them and they lock in the "Core" 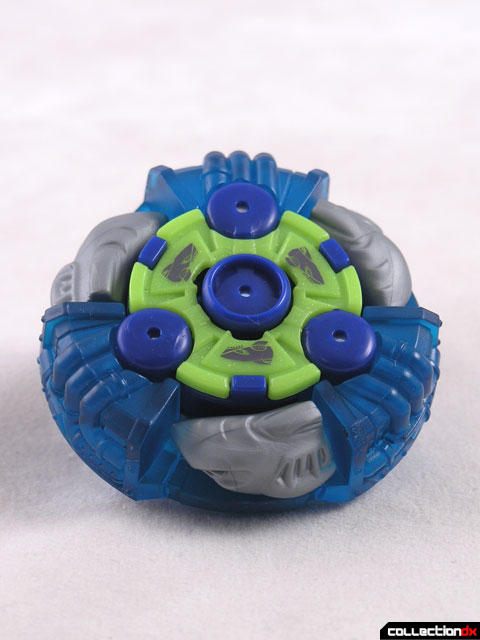 Cores: The cores feature four magnetic points to attach to the launcher

Weapons: One part of the outer disc, usually decorated with the theme of that top. These are often in cool translucent colors.

Armor: The base of the outer disc.

Tips: It looks like there are three types of tips - Small plastic point, large plastic point, and metal ball. It is worth noting that out of the 16 Battle strikers we have, only maybe 3 or so had metal balls for tips. 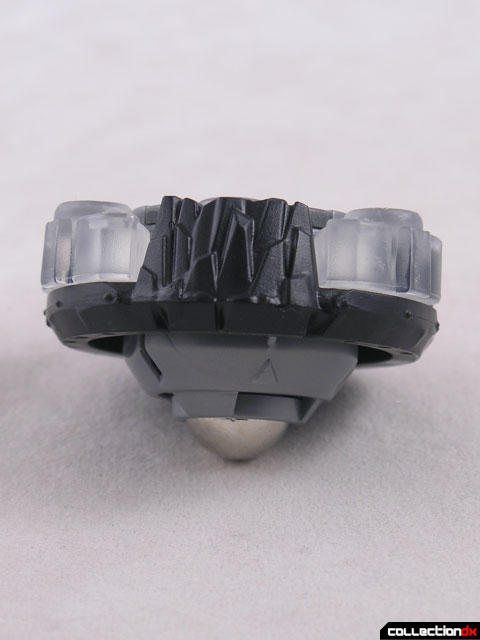 Locks: locks the whole thing together.

Putting the tops together is simple enough, and an adult can do it no problem. My 7 year old son had a hard time getting the locks to stay on, and I admit they are difficult. You have to line up the arrow with the unlock sign, squeeze, then turn. Kind of a pain actually. The idea behind the modular construction is that you can mix and match parts to create your own personal Battle Striker. 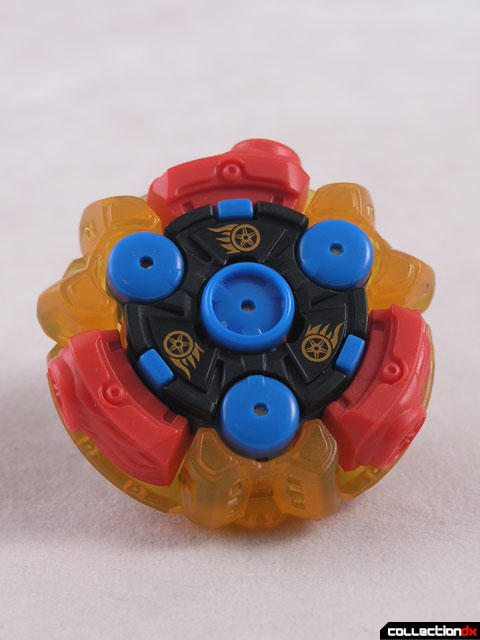 To launch the Battle Strikers, you need a special battery operated launcher. These come with the starter packs or with the tournament set. The tops attach to the bottom of the launcher by magnetic connections, then you pull the trigger to start it spinning. From here you are supposed to bash your controller against your opponents controller which sends the tops spinning onto the arena or surface below. I suppose one could gain skill with technique here, but I would have much rather preferred some kind of automatic release mechanism. 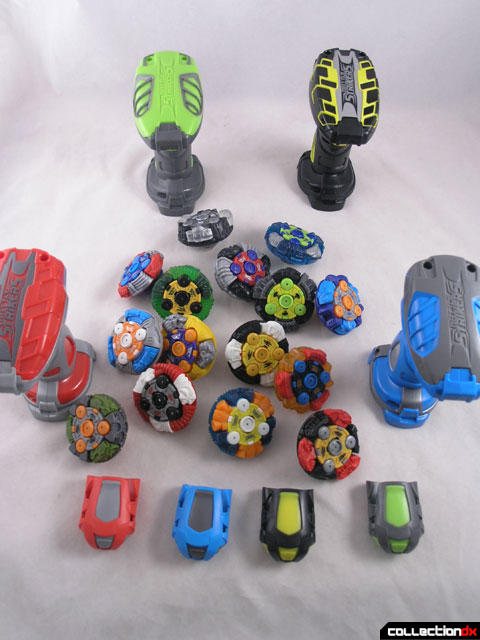 Once on the play area, the tops spin wildly, crashing into each other with manic ferocity. We didn't notice any one type of top faring better than another, but each has different stats according to the Battle Strikers website. You can guide your top along with the aid of a finger attachment with a magnet in it - the magnet has opposite polarity so it pushes the top away instead of attracting it. My son said it was like using the force.

For the adult collector - there is little draw here. But these things were already on my kids Christmas list before we got the package from Mega Bloks. The design is cool and fun, and lets face it, kids should play with less video games and more toys, right? 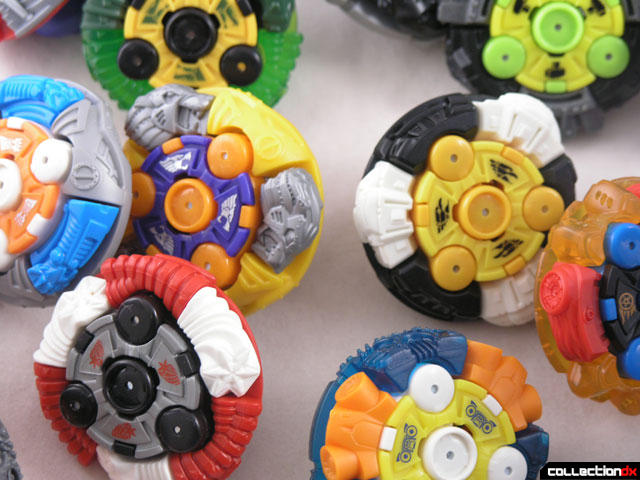 View all the images in our Battle Strikers Gallery