The Aliens ReAction figures from Super7 and Funko are a fantastic idea that hits every nostalgic note right on the money.

The initial assortment consists of 5 figures. Dallas, Kane, Ash, Ripley and the Alien. 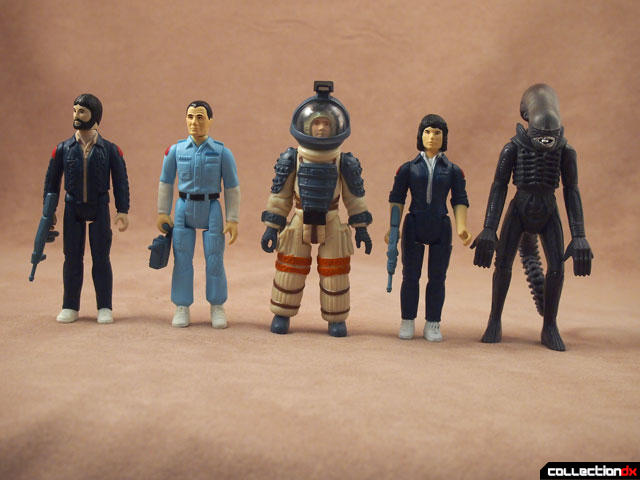 Each has unique card art on the front but all have the same back. 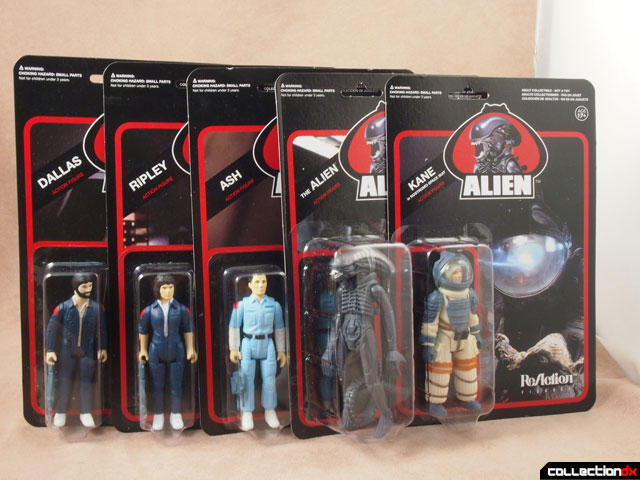 All have a photo of the character except for ash. Perhaps they could not secure the actors likeness? The figures are sealed in plastic bubbles which need to be torn off just like the originals would have. It's kind of a bummer because I would have loved to have displayed these intact in the package. The cards really add to the whole package. I guess I'll have to get another set for display.

I can't say enough good things about this line. They FEEL right, and bring back that sense of nostalgia I was looking for. No detail was overlooked in creating the ultimate homage to 70s Kenner action figures.

Rather than flood the front page with all 5 reviews at once, each review has a link to the other four, in addition to the links below.

LOL, I'm glad they added the peg warmers of Ash and Dallas, back in the day these would have been the Lobot figures of the line!

Awesome figures they all look great!