The BullZord is the powerhouse of the Samurai Ranger’s Zord arsenal. Upon its creation, its raw power could not be harnessed by the Samurai Rangers of that generation and the BullZord was deemed too wild to be of any use. So the BullZord was sealed away for 300 years, until one of its guardians released the massive mecha from its dormant state. Since the guardian was not able to control the newly-awakened Zord, it was up to the Red Ranger to step in and put the rampaging beast in its place. 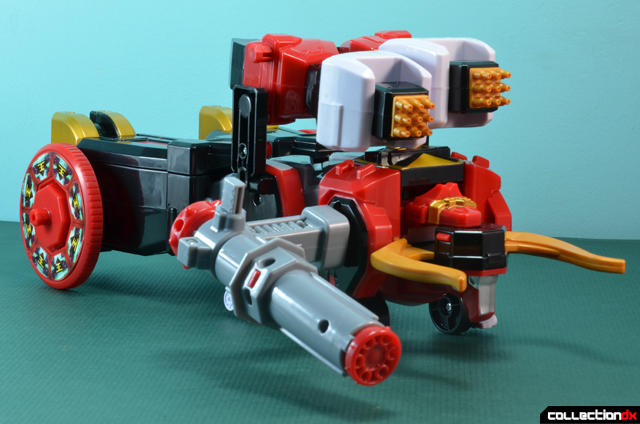 The Bandai of America BullZord is quite different from its Japanese toy counterpart. The mold for this toy is different from the DX Ushi Origmi. The BullZord is smaller than the Japanese version, lacks the motorized rolling and disc-spinning action of the Japanese version and is not as well detailed and painted as its Japanese counterpart. So in just about every respect the Japanese version is better.  But as an uncle whose nephew has become obsessed with Power Rangers, I can appreciate a toy that satisfies a consumer with much less demanding needs. Whenever I give him a Power Rangers toy, he has a blast with it. He doesn’t care or realize that some of the finer details of the mecha’s design are missing from the toy.

One thing I will have to knock my BullZord for is for its inabiltiy to point the Revolving Laser Blaster pointed forward.  The one on mine either points to the ground... 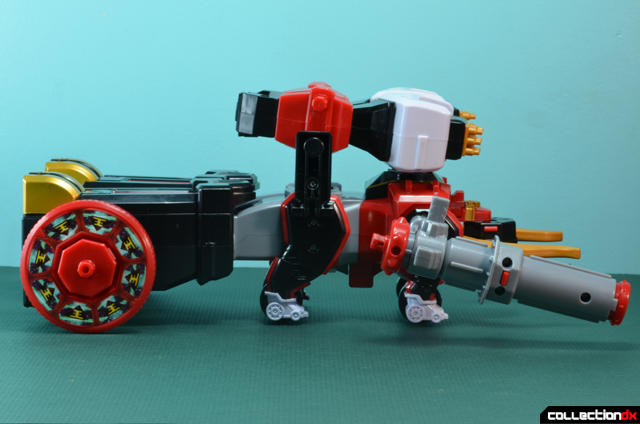 or up at the sky. 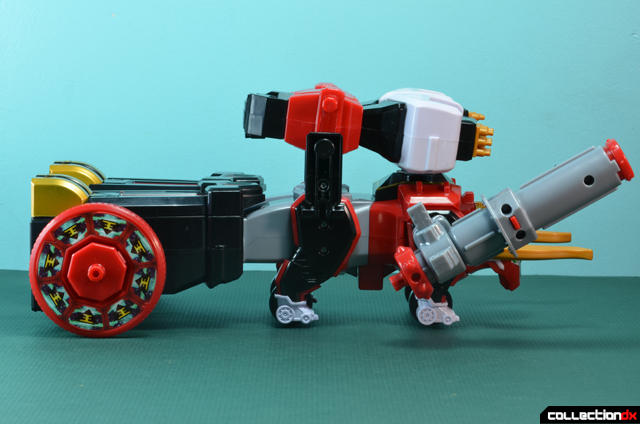 So it would be very ineffective against enemies that are directly in front of th BullZord. 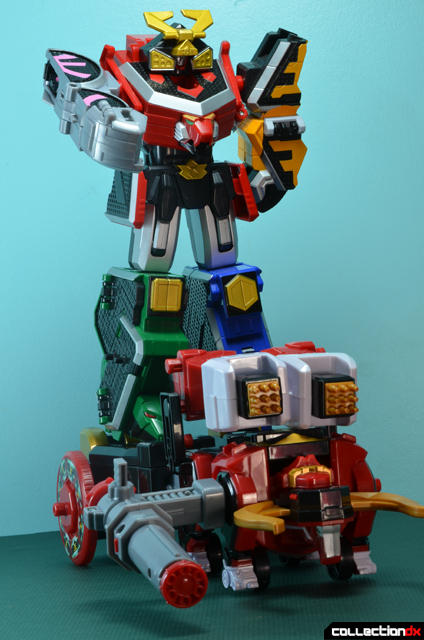 The BullZord represents a bull pulling a cart, so it is fitting that the cart be used haul around something. In the case of the BullZord, the Samurai Megazord can ride atop the BullZord’s cart. 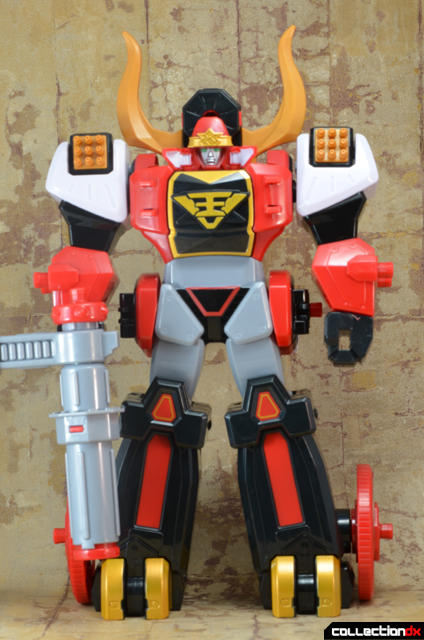 In its robot form, the Bull Megazord, the lack of detailing becomes even more apparent. 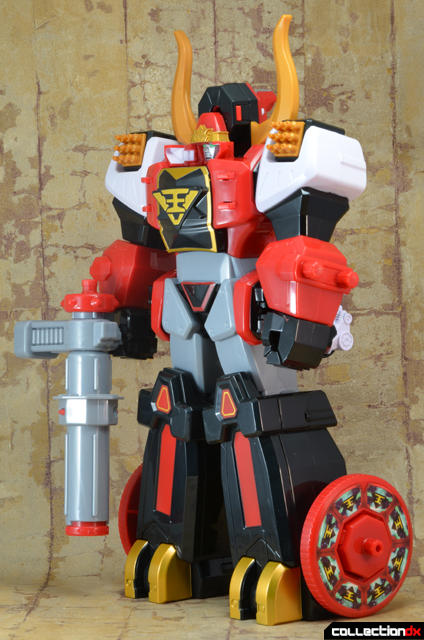 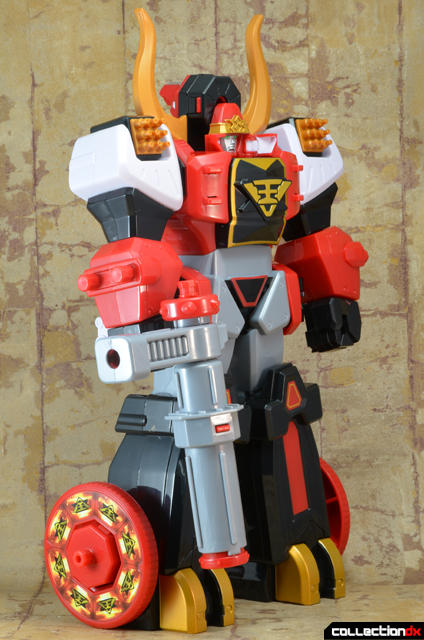 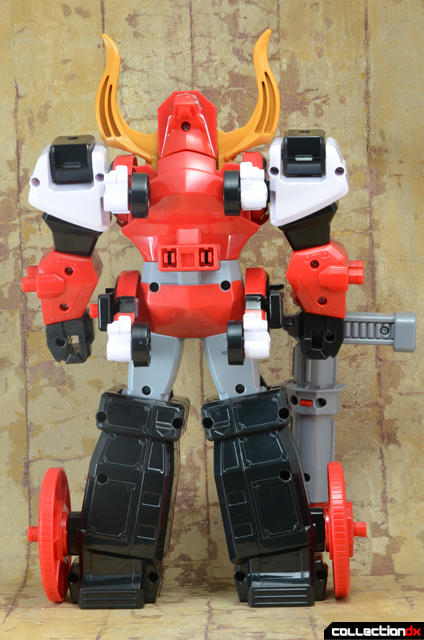 But even though it is a very simple looking robot, by I don’t think it looks bad.

The barrel of the gun can be rotated by moving the red piece at the rear of the gun to get some gun action going. 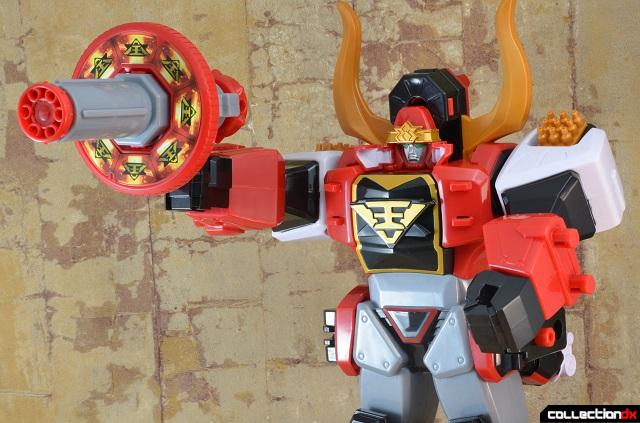 Articulation for the Bull Megazord is limited to being able to raise it arms.

Once the Samurai Rangers acquire the BullZord, they are able to combine most of the Zords into a single combination known as the GigaZord.  For this combination of the toys, there is a bunch of part swapping happening between the Zords into order to achieve this big mass of Zords. 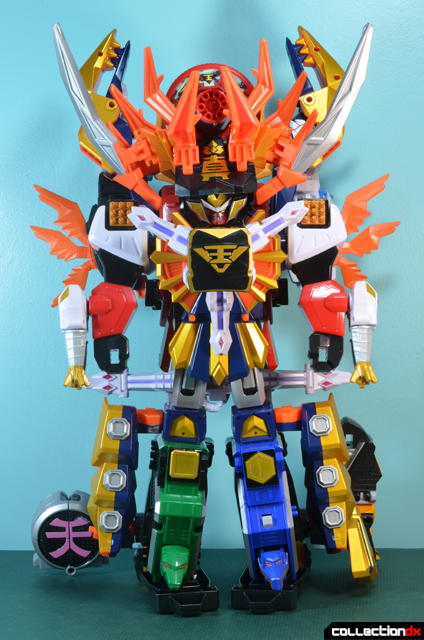 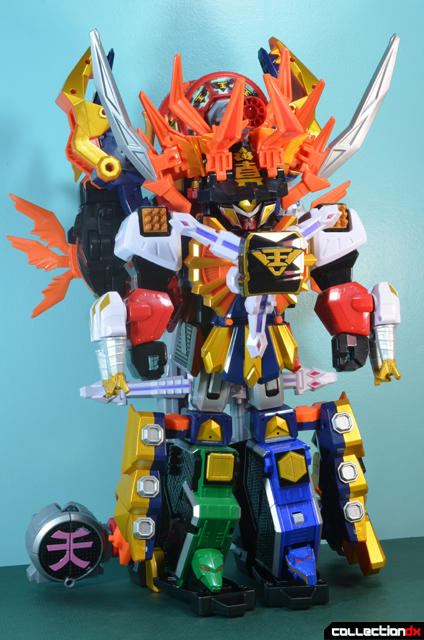 The Gigazord holds fairly well. The two black panels on the sides of the Bull Megazords body hold the two main bodies together.  You may end up knocking off one of the smaller parts, but that is no biggie. 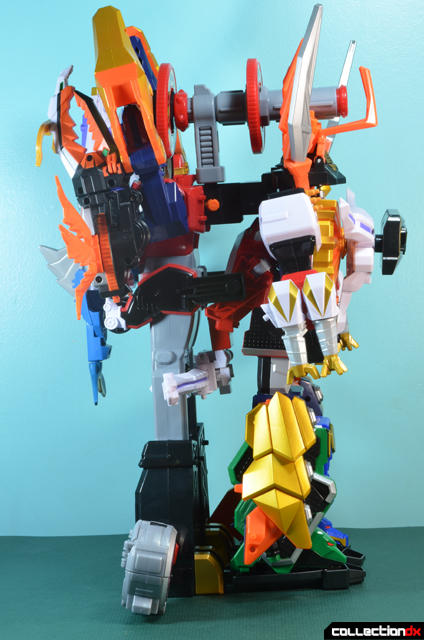 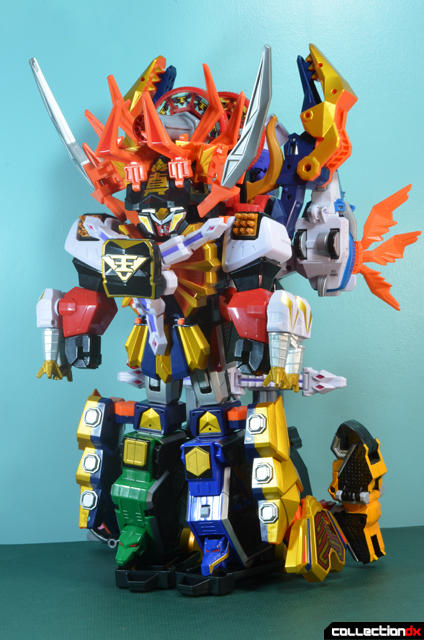 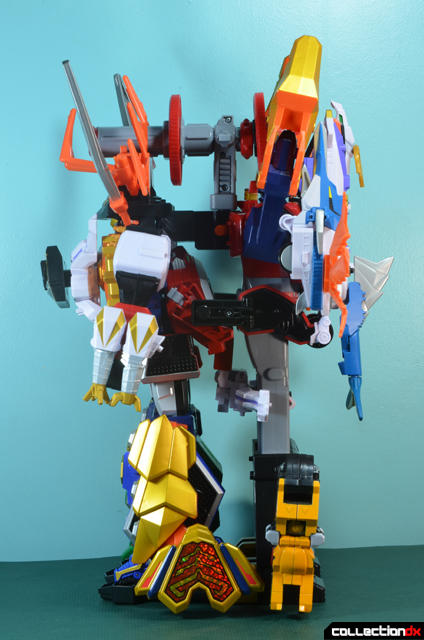 But who are we to judge the Gigazord for having another arm on one of its many legs? It already has as losbster tail on the leg in front of it, which is true to the source material. This design was already a mish-mash of parts, so having a hand instead of a emblem doesn't really hurt the integrity of the design. 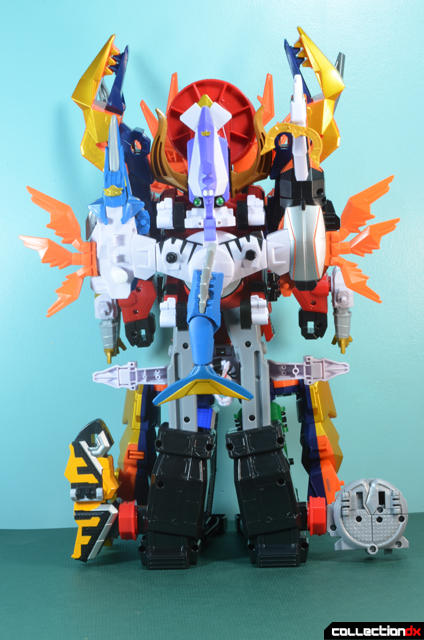 Ironically, the emblem markings for the Ape Zord end up facing toward the back. 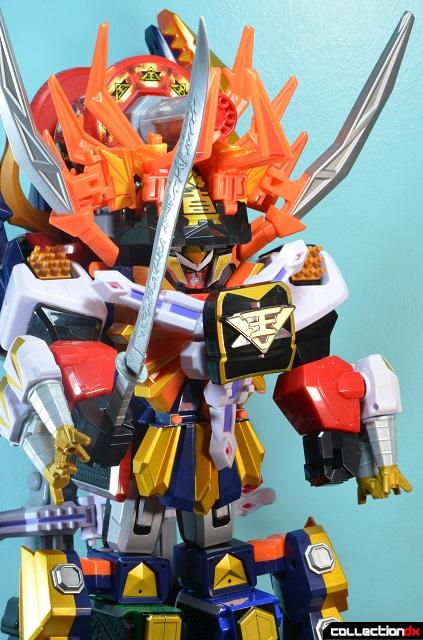 For articulation, the Gigazord can only raise it arms.

Inaccuracies of the GigaZord aside, I actually had some fun putting together most of the mecha in the Zord Builder Power Rangers Samurai line to make the Gigazord.