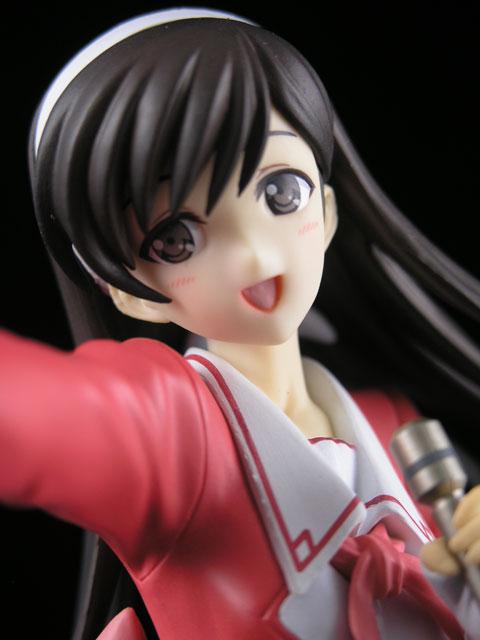 “The newest addition to Kotobukiya’s “Four Leaves” series, celebrating iconic Japanese character archetypes, is the main character of the classic Japanese adult visual novel White Album from Leaf, YUKI MORIKAWA. White Album was originally released over ten years ago, but due to its continuous popularity comics, an anime series, and several games based on it have been released on multiple platforms, most recently in 2009 on the PS3. The pretty university student and popular idol singer is presented as never before with a high quality 3D sculpt.

Yuki Morikawa’s design is based on popular illustrator Kawata’s character art that appears in the PS3 game. Yuki is captured on stage performing her song “White Album,” dressed in her pretty red and white dress with pink sash belt with bow, white thigh high stockings, and bright red shoes. In mid performance, the singer stands with one foot in front of the other, one hand clutching her microphone and the other reaching out to her adoring audience. No detail has been overlooked on Yuki’s intricately sculpted clothing, and her face and pleated skirt are stunning! The idol singer comes with a special display base, and is pre-painted and assembled so you don’t have to do any work. Sculpted by MIC Corp., Yuki stands approximately 7 ½ inches tall (1/8th scale) and is constructed of high-quality PVC plastic.”

I don’t know much about this “Four Leaves” archetype series, but when I first saw this figure, I thought it was some version of Minmay from Macross. Then I figured maybe it was Yumi Sayaka from Getter Robo… but no, this is from some eroge game I’ve never played, but it is so generic of a character that it could be anyone. It fits the “Cute wannabe idol star” look. 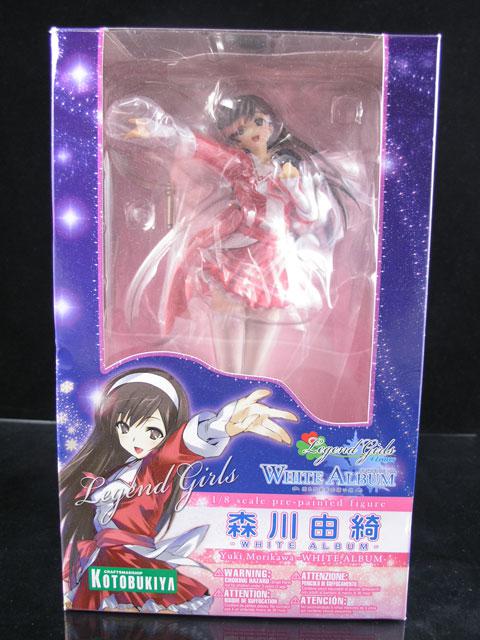 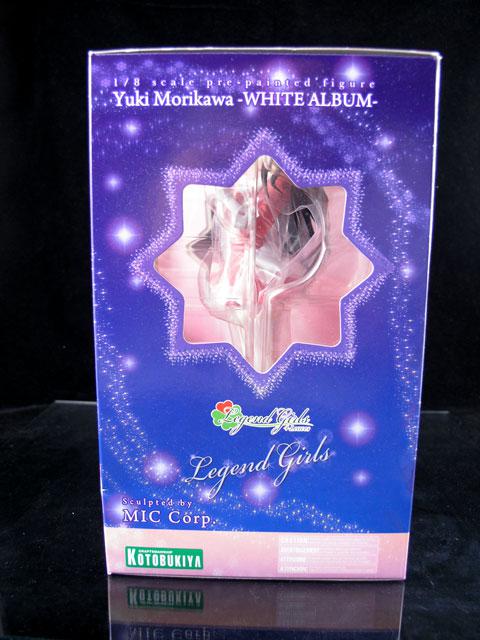 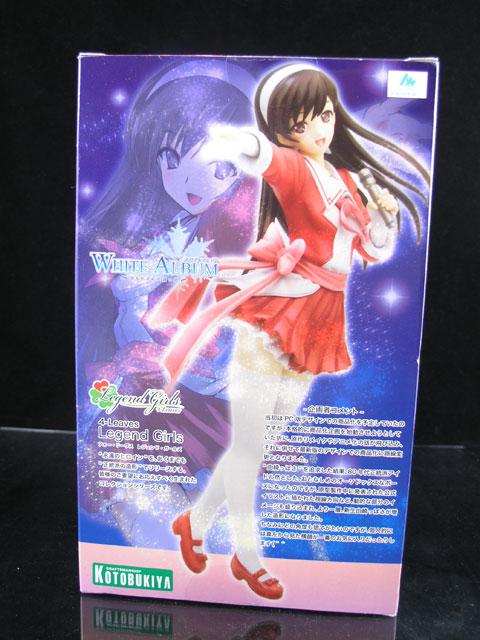 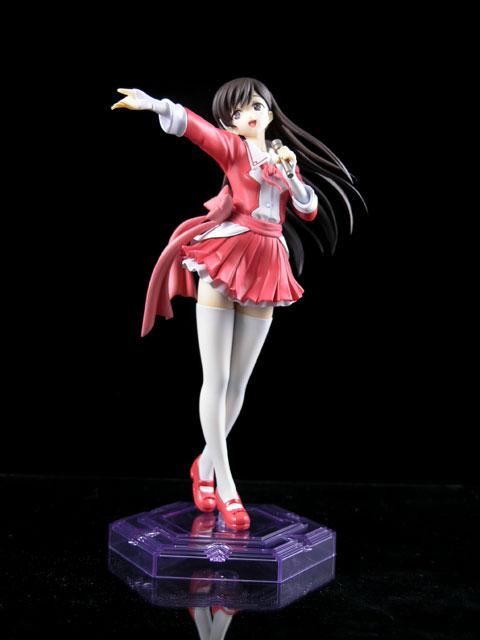 There’s nothing wrong with the figure, it’s a quality product. The character (or at least this version of it) seems uninspired. 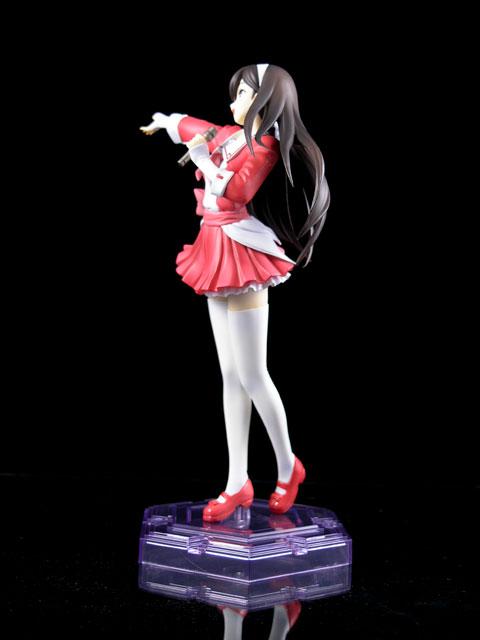 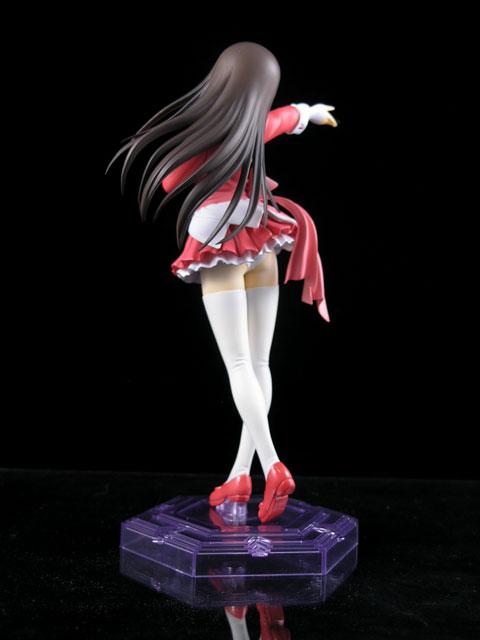 Yuki is shown here as a singer, complete with removable microphone. Her face is turned to an unknown audience; she is captured in mid song. Her hair flows gracefully from her head in long separated strands. 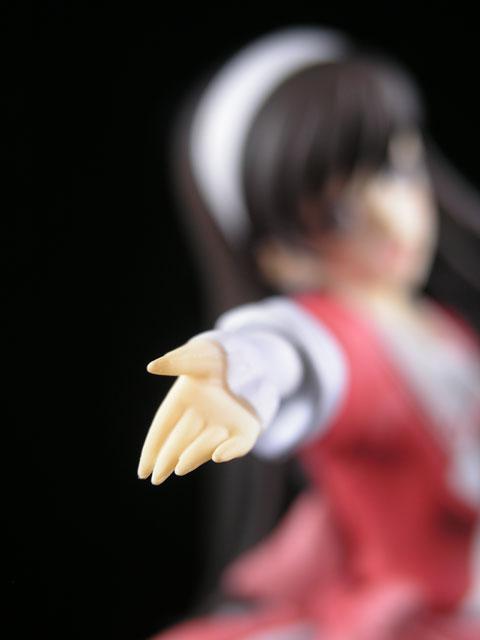 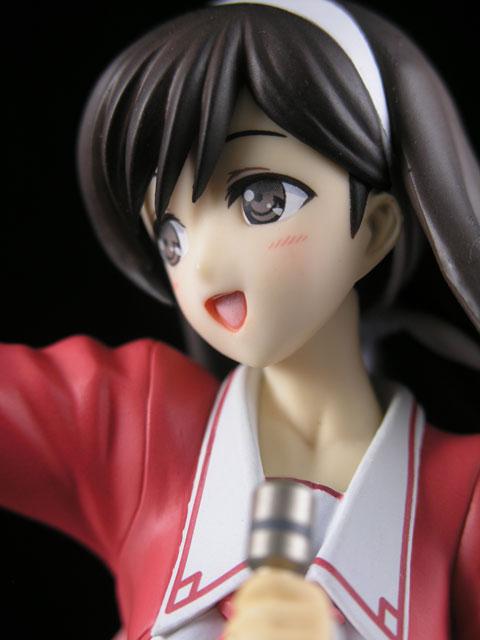 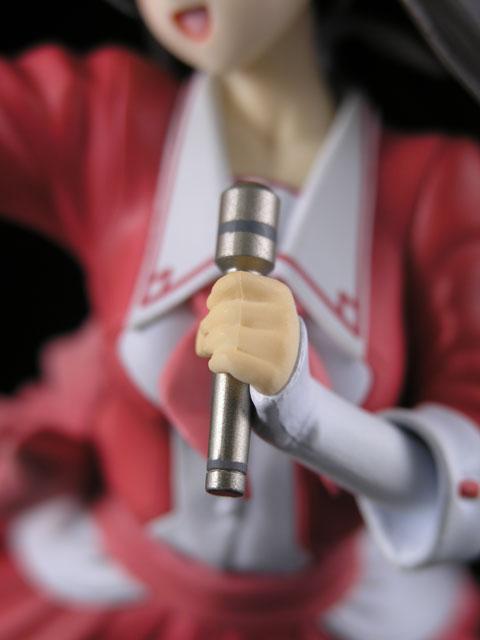 The clothing is generic anime girl outfit #6. I mean, there’s really nothing new or innovative here – its’ just a variation of the classic sailor outfit, maybe mixed with hints of Nadesico. It’s got bows and frills, all which are nicely sculpted. 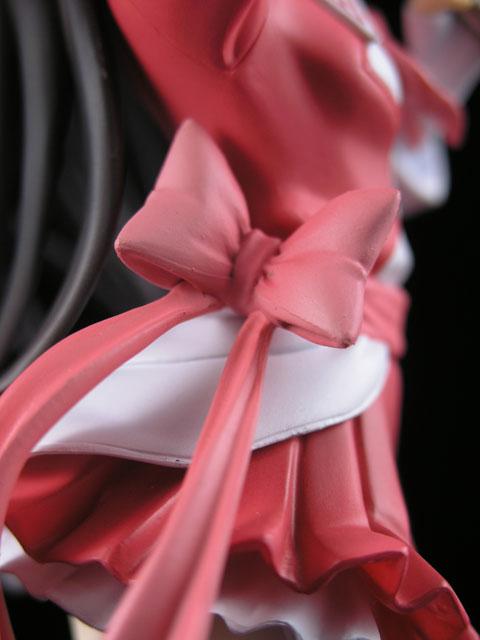 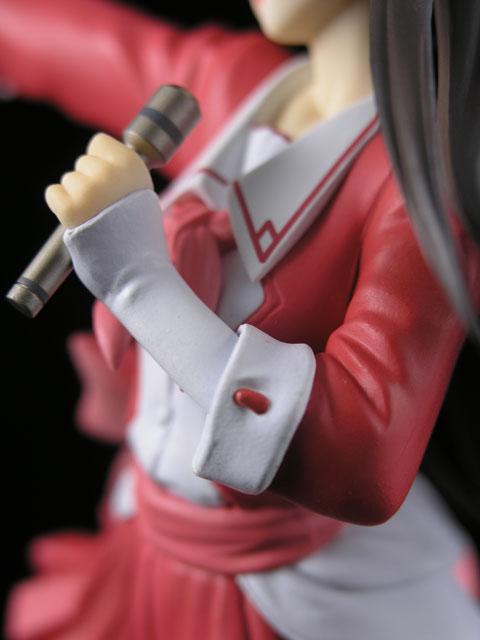 The outfit is sculpted in multiple levels, giving it the illusion of layered clothing. The leggings are raised a bit from the leg, not just painted detail, and the shoes are cute. 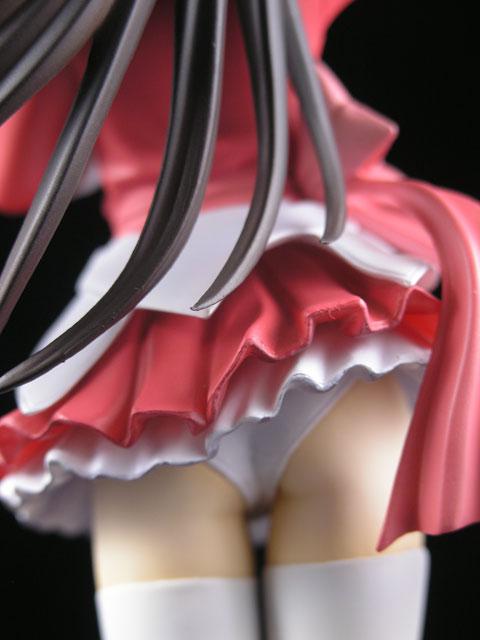 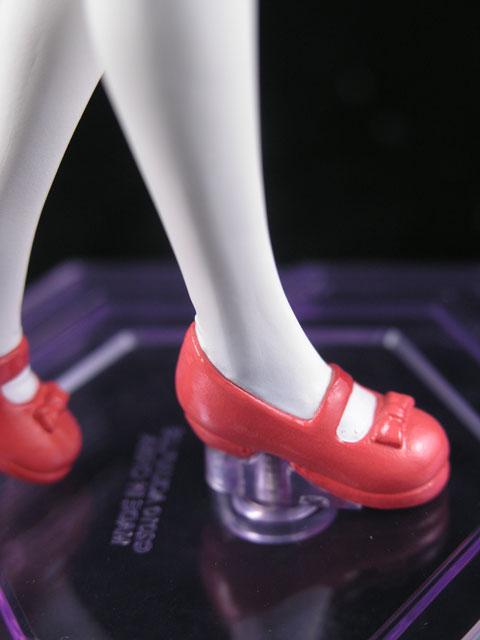 The figure is permanently affixed to the base.

This figure has an unadvertised cast-off feature. Her skirt is removable by separating the figure at the waist and lifting the skirt off. You know, in case Yuki decides to do her performance in her underwear. 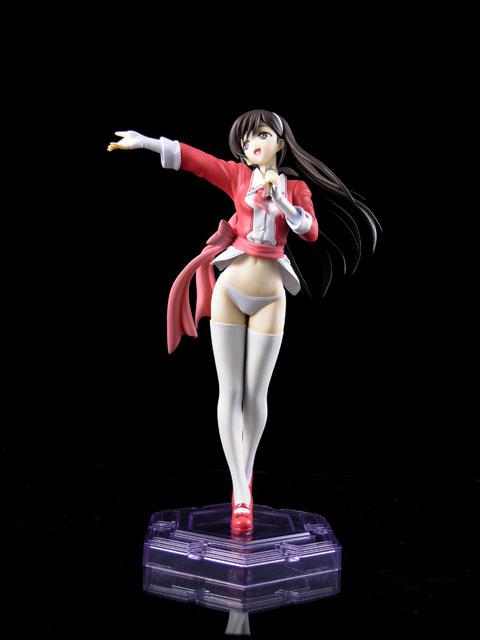 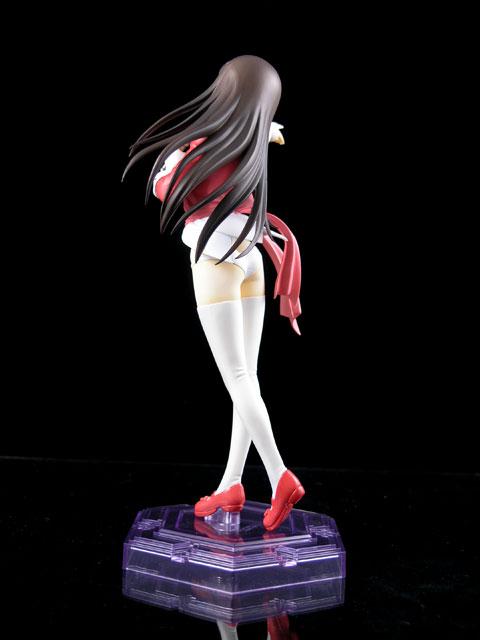 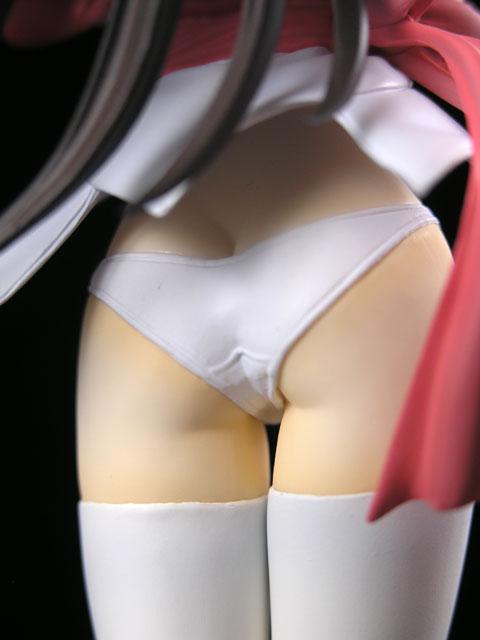 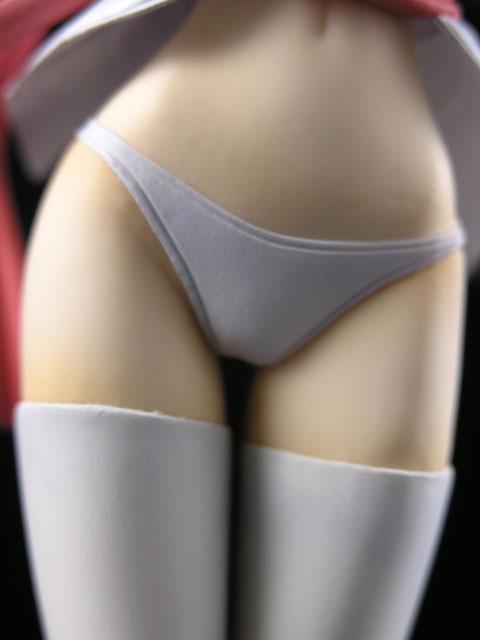 If you dig the character, or you just like this look in general, you can’t go wrong with this figure. The quality, sculpt and execution are top notch. Unfortunately it’s just not dynamic and unique enough for my tastes. 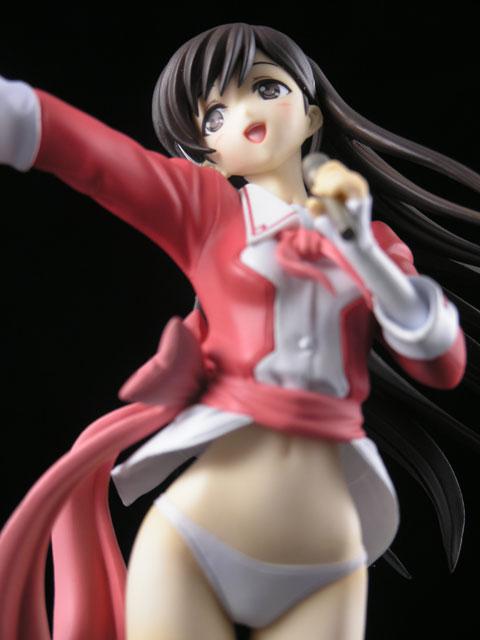