X-Wing Pilot Asty (full name Ello Asty) is a pilot for the Resistance who fought in the battle of Starkiller Base. His species is called Abednedo, a new race in the Star Wars universe.

The figure is #14 in the Force Awakens 6" Black Series. 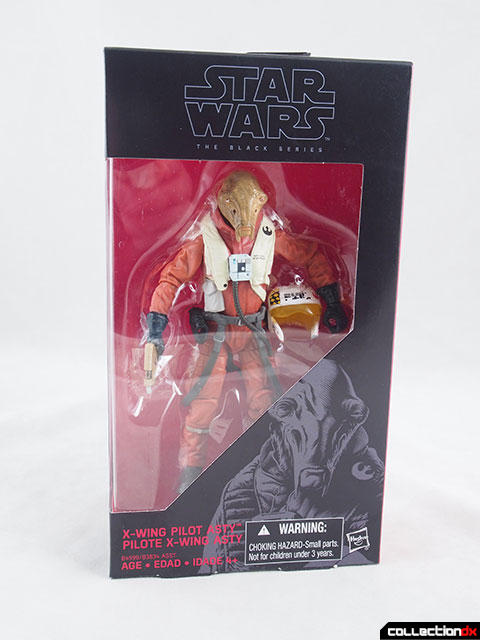 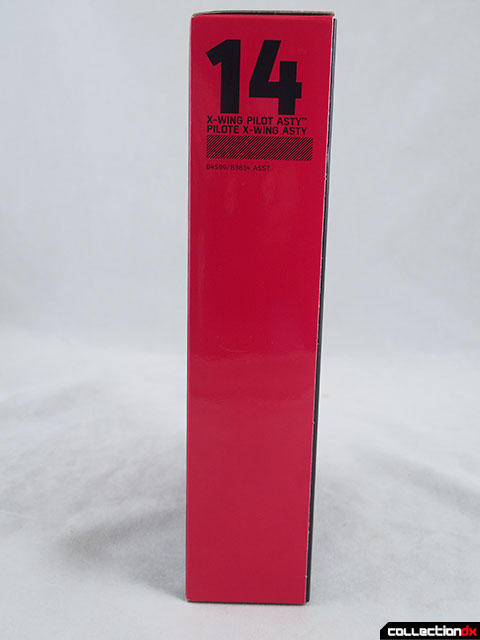 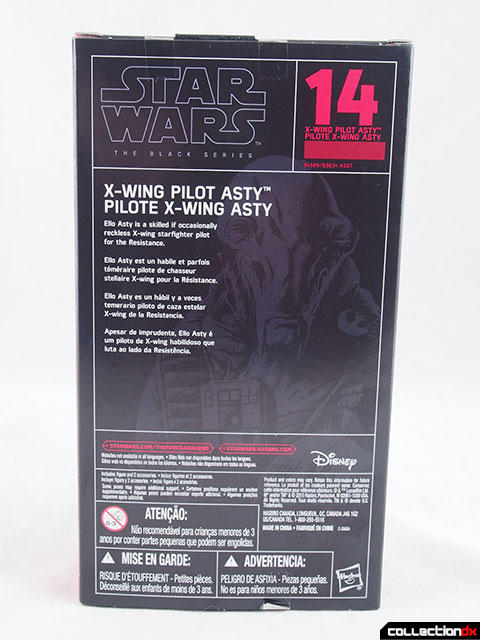 Asty includes a removable helmet and blaster. He comes packaged holding both. 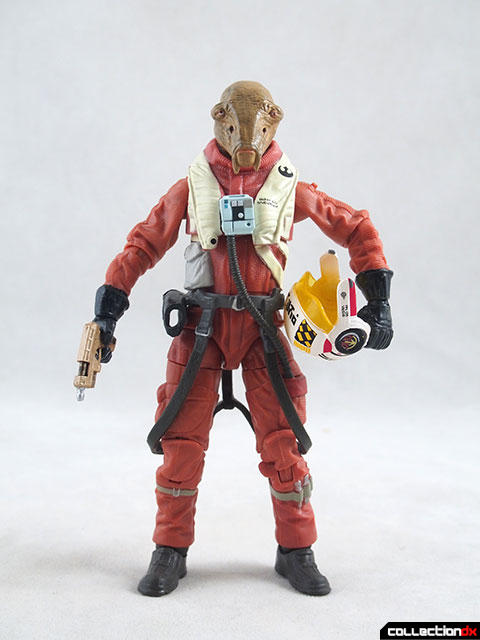 Asty looks incredible. The paint detail on the face is amazing, and the suit is fantastically detailed with a sharp sculpt. 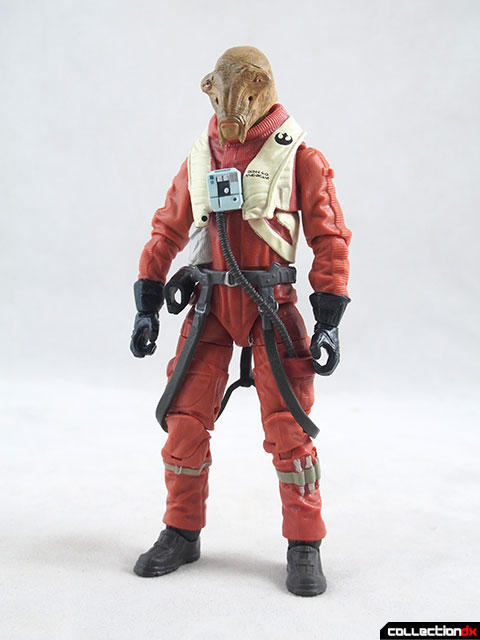 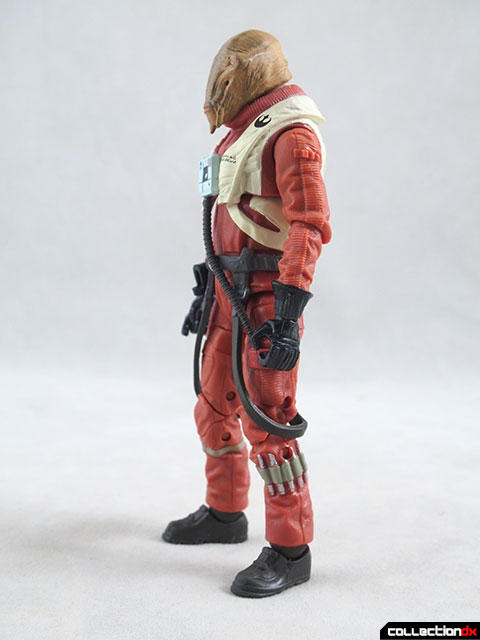 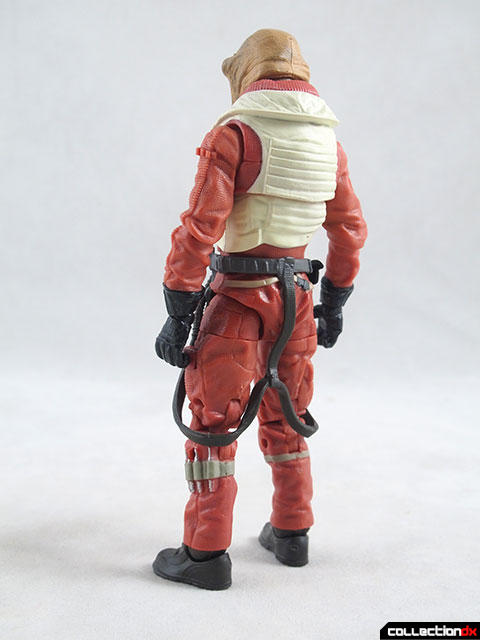 The straps are separate molded pieces and don't interfere with articulation. 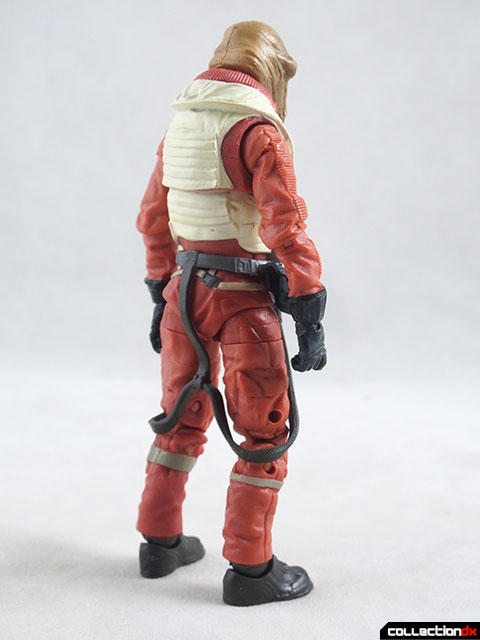 There is a holster on the hip which can fit the decidedly small blaster. Being an X-Wing pilot, having a small sidearm is understandable to save space in the cockpit. It's just not very impressive. 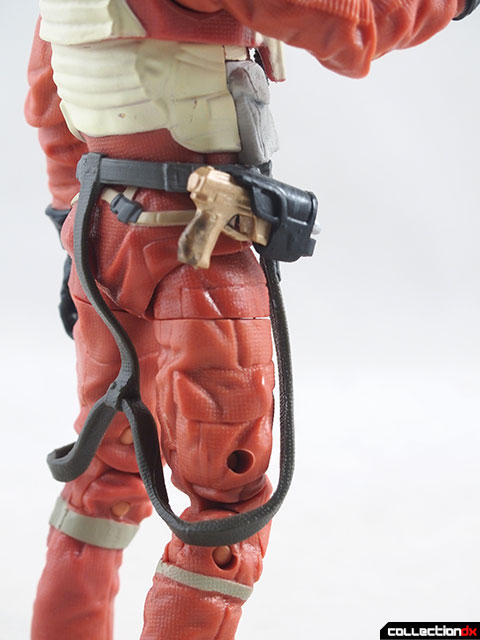 The Helmet is made of softer rubber and easily fits around the head. The head is a bit softer as well, so I do have some concern about effects of leaving the helmet on long-term. My advice would be to keep them apart while on display. 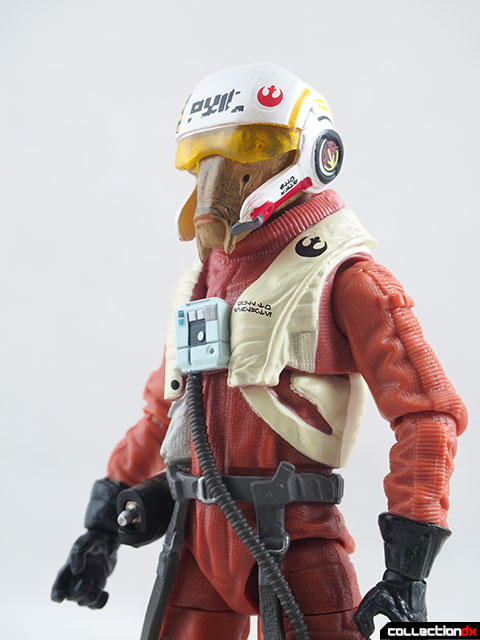 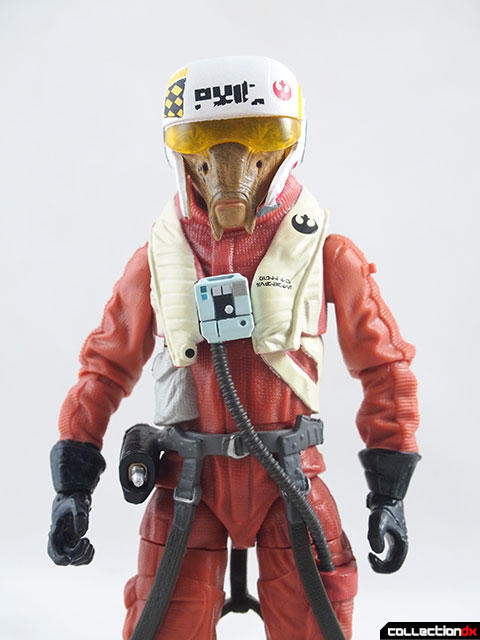 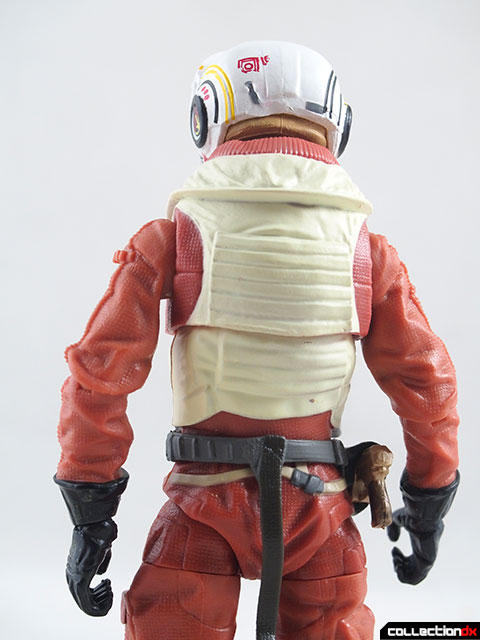 Articulation is really great, especially for a figure that we mostly see from the torso up stuck in a cockpit. 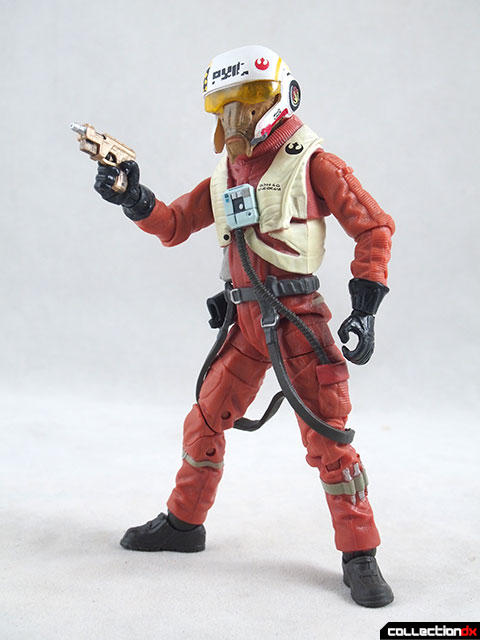 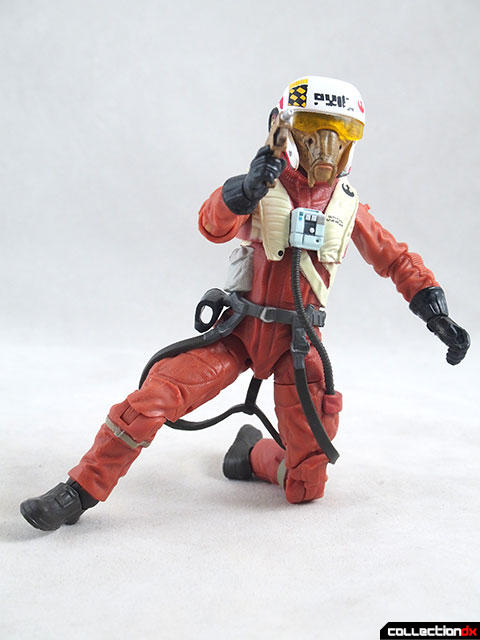 This guy is so great, I want all of the X-Wing pilots in 6" form now. 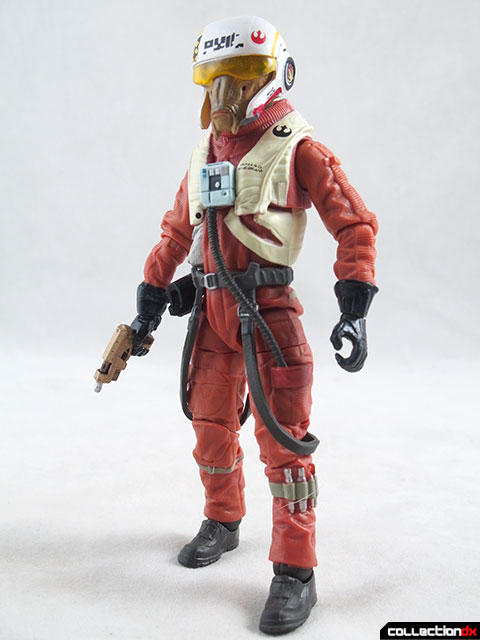 2 comments posted
How big would an X-Wing toy

How big would an X-Wing toy be that matched the 6 inch scale?

I don't know, but I'm pretty sure I would buy it.