The Xenomorph that appears in Alien: covenant is the first true iteration of what we would get to know as the classic Alien from the 1979 movie. Alien: covenant is a prequel set after Prometheus that reveals this version of the creature, the first in the chronological timeline to look like an actual Alien.

Hiya Toys is expanding their Alien line with new toys from Alien: Covenant. This figure is 1:18 scale (about 4 inches) and features variant hands, base, and base connectors. 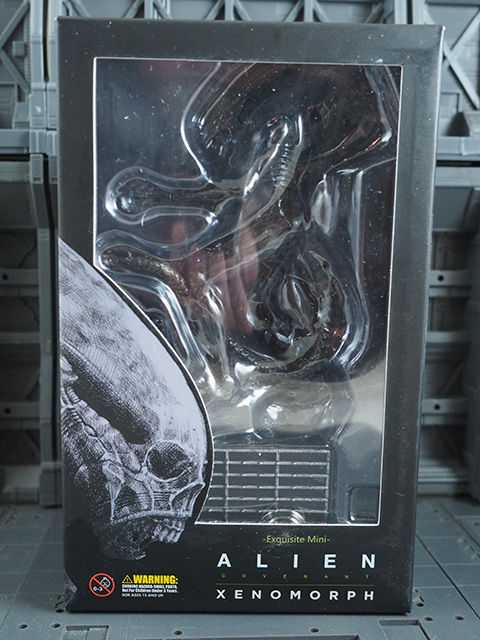 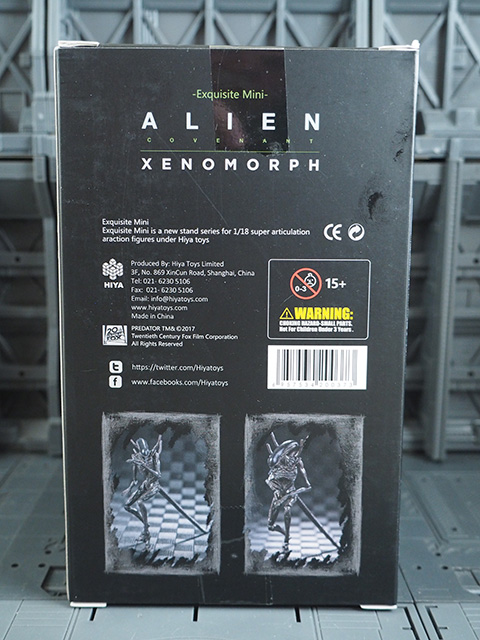 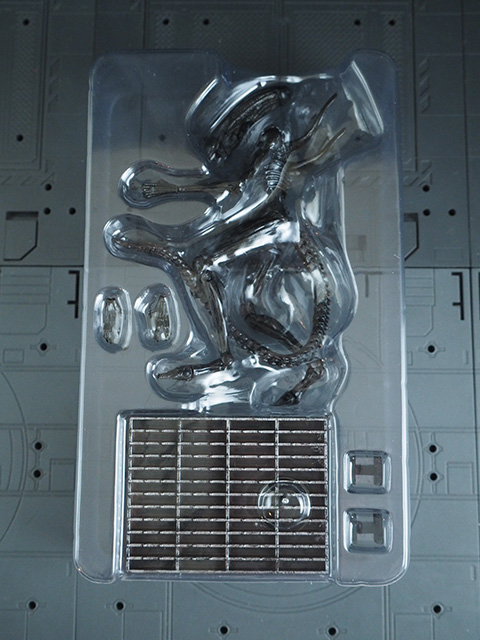 It's a very spindly alien, much thinner than the classic alien that we know. 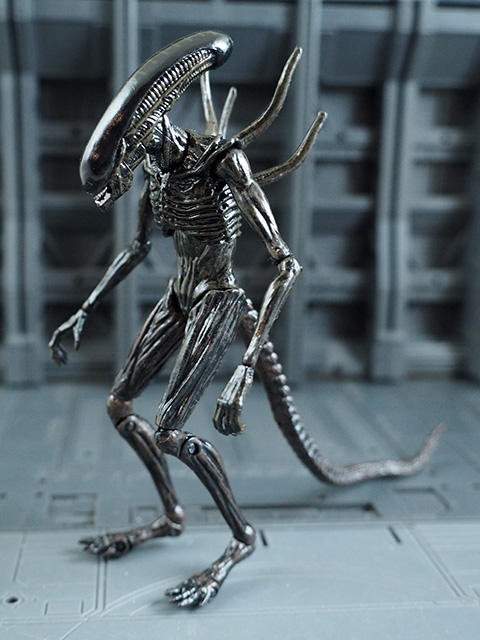 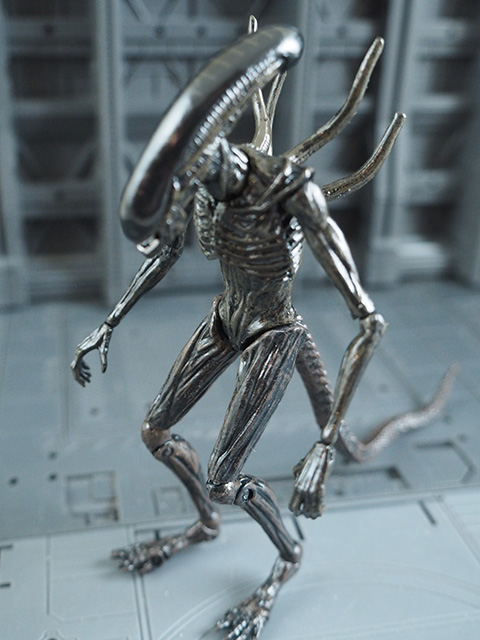 The detail is great, with subtle painted bits that are revealed the closer you look. Check out the paint detail on the top of the head. I didn't notice it until I saw it in a certain light. 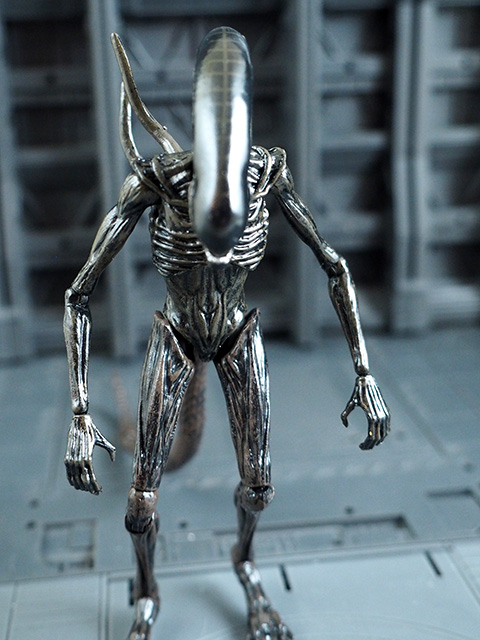 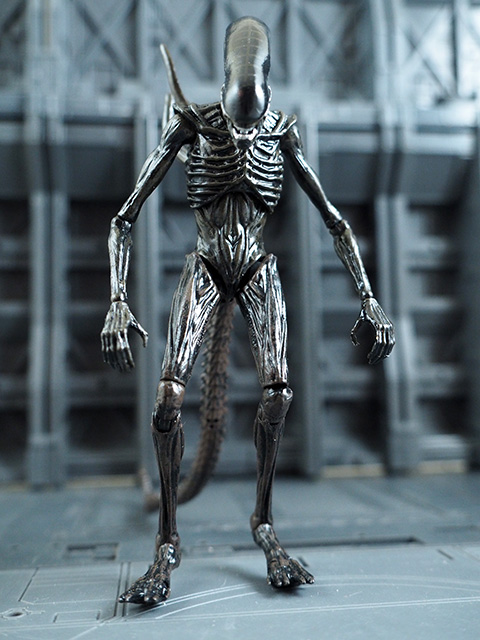 There's a lot of joint work which you don't typically see in figures with thin limbs. The legs have ball joints at the hips, double jointed knees, hinged ankles, and hinged toes. Despite the spindly legs, the figure stands well due to the bendy tail that you can use as support. 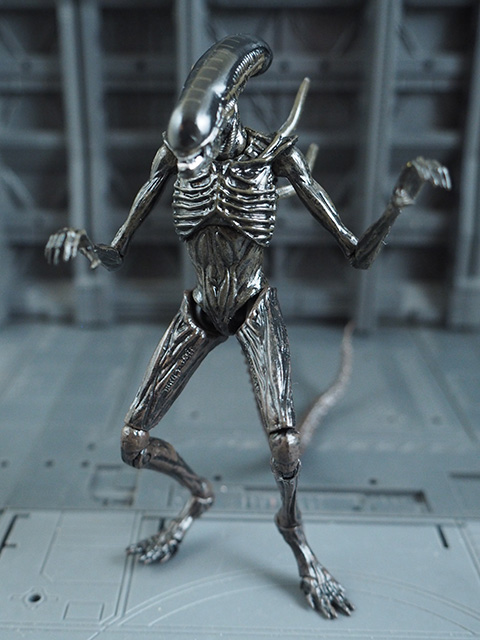 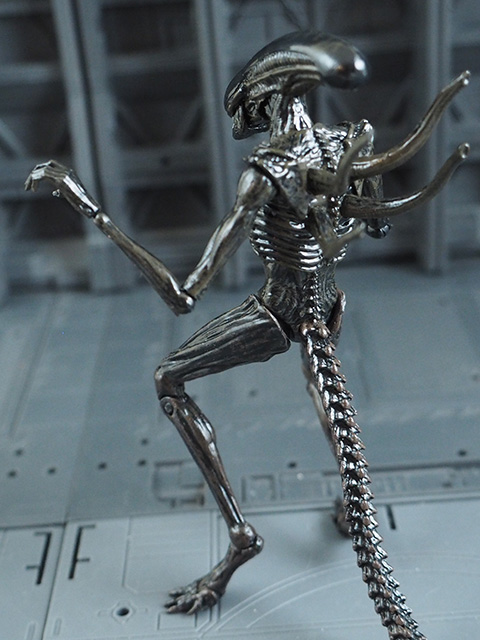 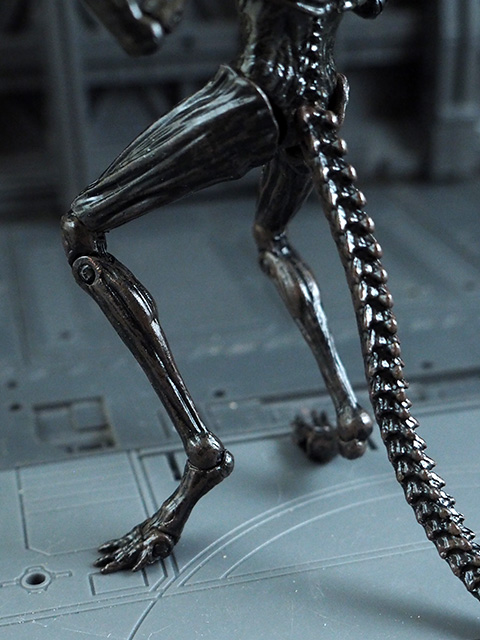 The head is on a double joint and features an opening jaw with an extending inner jaw. You may need to find some tweezers to pull the inner jaw out. 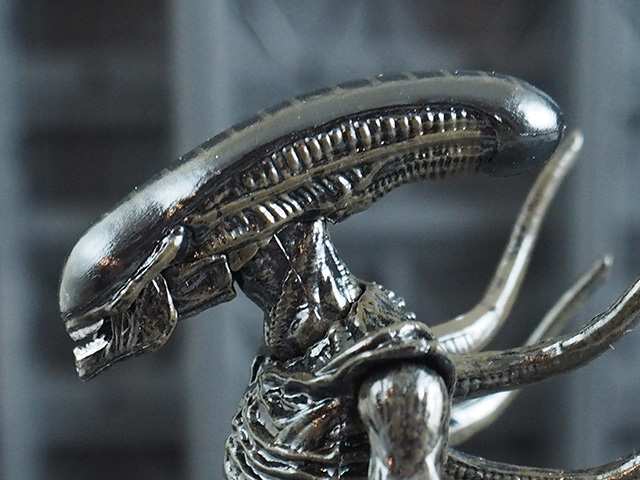 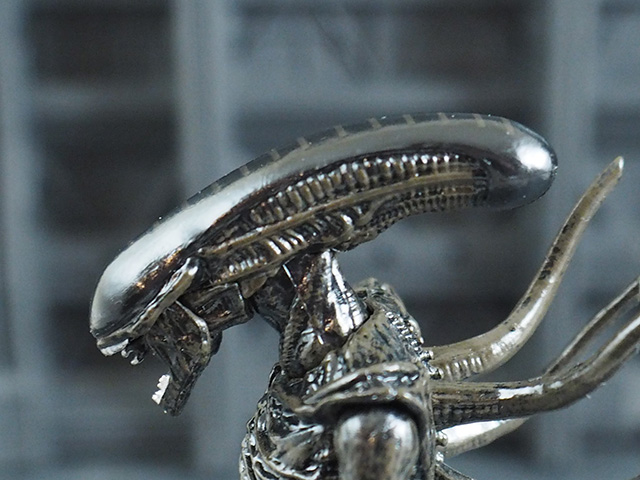 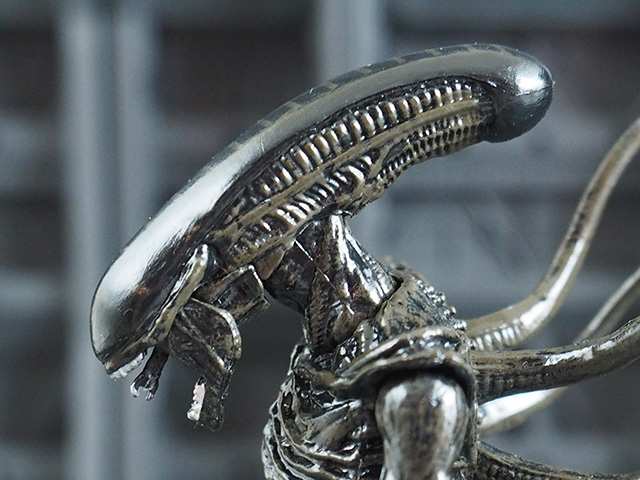 The variant hands have slightly parted fingers. They just pop in and out of the arm sockets. The figure also has ball jointed shoulders, hinge and swivel elbows, and a ball joint in the upper chest. 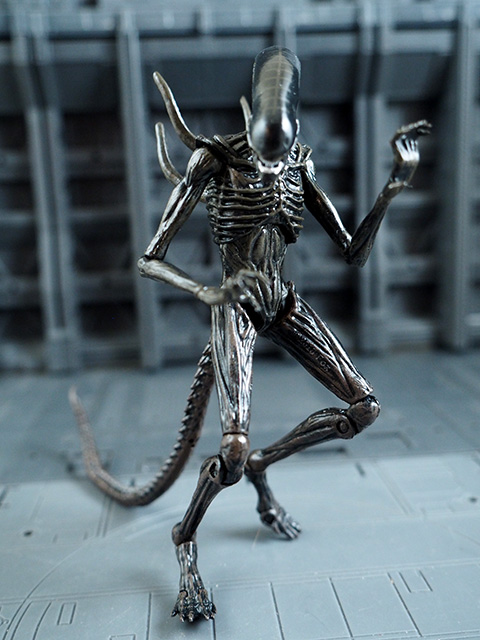 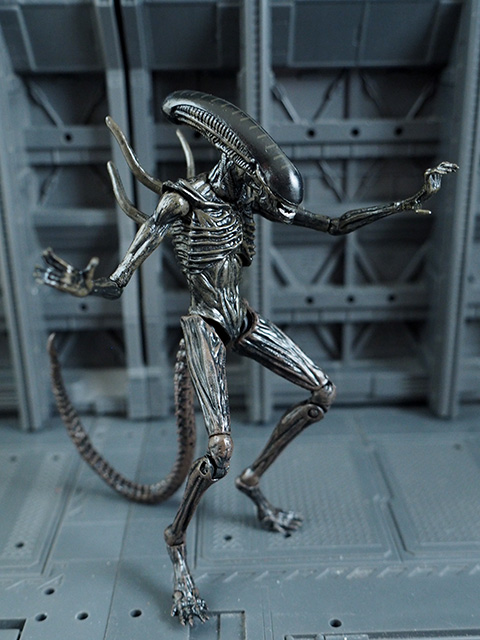 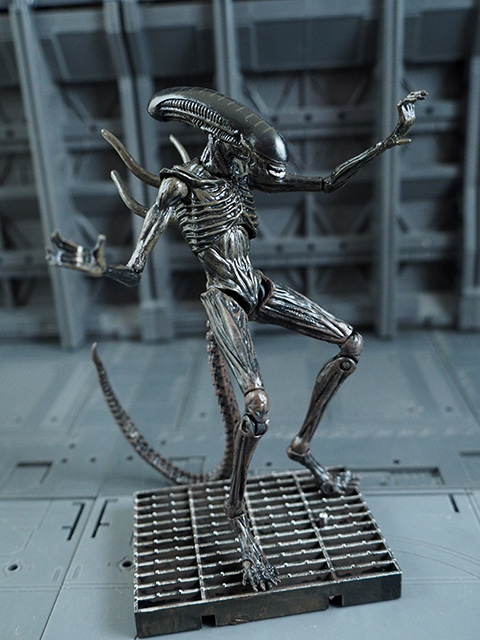 The base plate is the same plate used with other alien figures, but this figure has no holes in the feet to attach to the base, likely due to the thin feet. Still, with the tail, the figure stands fine. 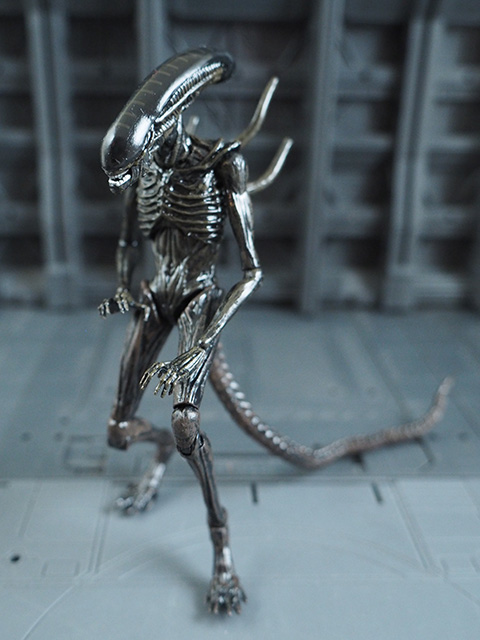 In space, no one can hear you play with toys. 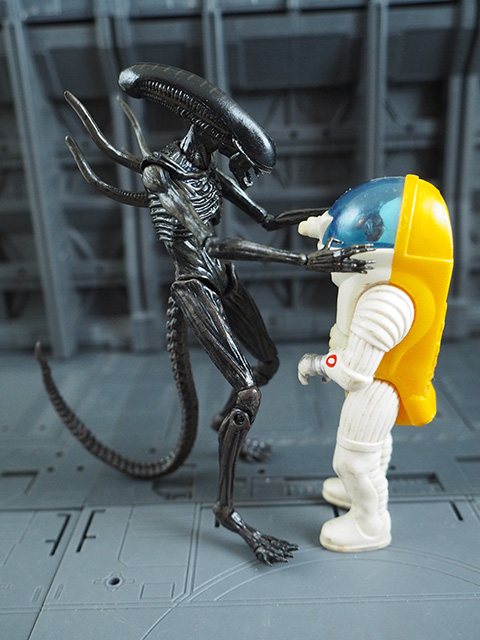 This is a great action figure. Fun to play with, super detailed and poseable, and great looking.

Thanks again to Hiya Toys for the sample. You can get yours on Amazon.