Even though it's a far cry from looking anything like he does in the movie, I really like the look of this figure. Although the sculpt of the face is somewhat simple, it does have an elegance and personality to it that is appealing to me. I love that they added so much hair to this thing. It's got a really wild look on the one hand, but it also sort of reminds me of a Muppet, too! 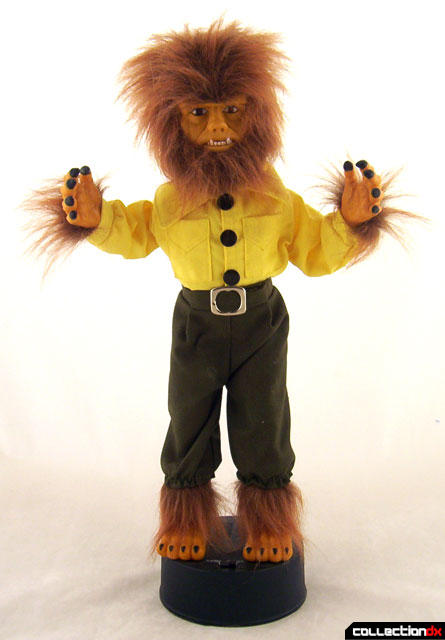 Although some might consider it excessive, the hair protruding from his sleeves and pant legs is another nice touch. But honestly, it sort of makes me wish I had a nice, creepy looking scarecrow one. Telco did release a scarecrow in one of their earlier batches of Motionettes, but it's more cute looking than scary.

This Wolf Man figure has much more poseability in the arms than the Creature did. You can actually bend the arms to whatever pose you want basically, as beyond the vinyl hands the arms are just a flexible wire armature. 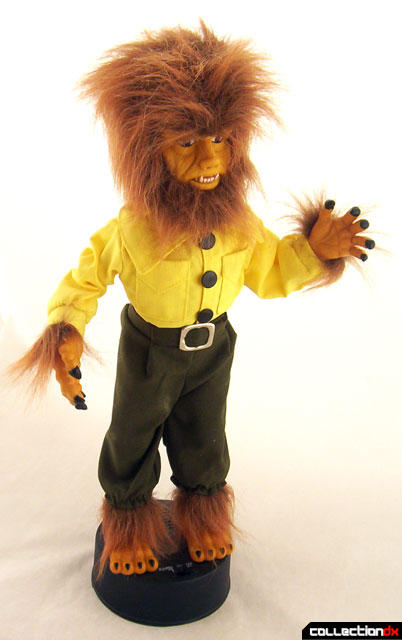 You know what else is great about this one? That bright yellow shirt! It's a welcome change in a genre dominated by gloomy blacks and greys. It's the closest thing to sunshine that the Wolf Man will ever get anyway...

You get the same features here as on the other Motionettes...light up eyes, moving arms/head and sound effects. The sound is much more appropriate to the character this time around, too. 17" tall to the top of the head, it actually looks more like 18" with all that hair standing up. The Wolf Man was included in both series' of 17" licensed Universal Monster Motionettes, but I don't think there's any significant difference between the two. My favorite part of this thing? I got it for a measly $5 on eBay! When the last time you bought a Japanese robot for $5?* ;) 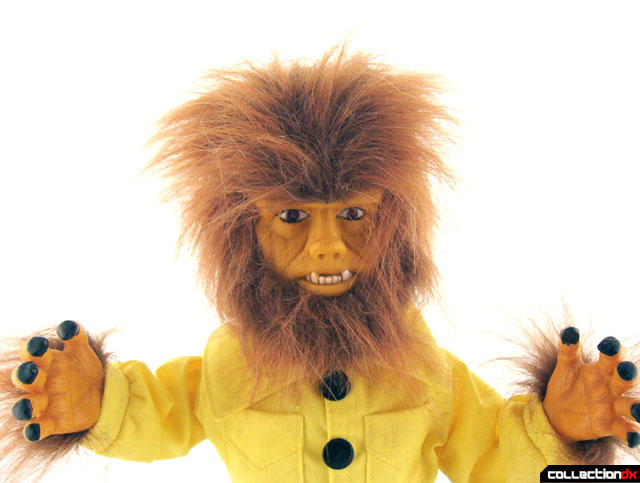 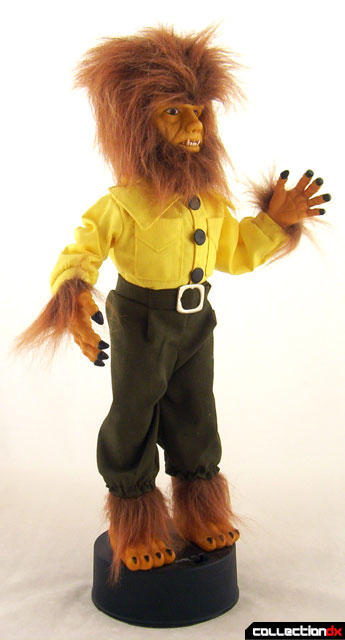 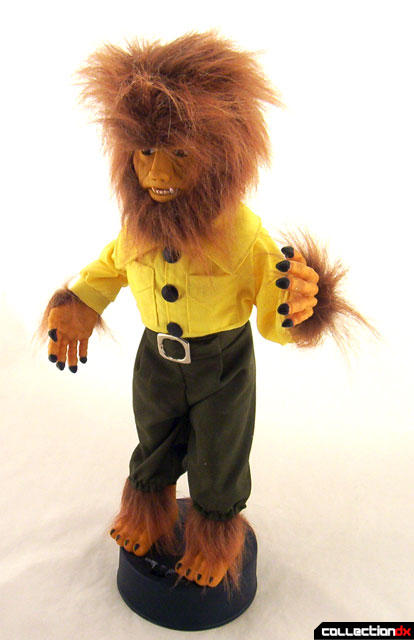 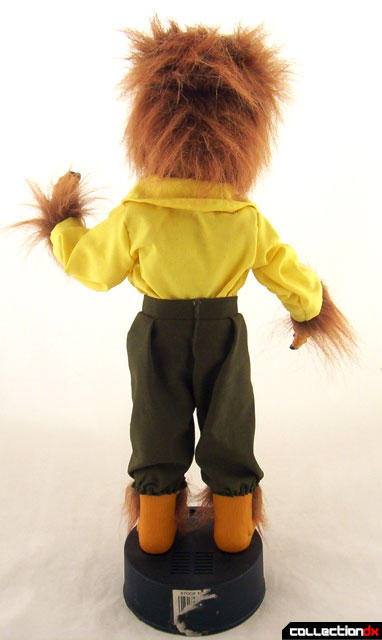 This toy has a very Mego scale and feel to it!

I almost forgot about mego...

Anyhow, nice review. I really like how slow and smooth it moves, it has so much character.