Electric Deformation SL Railger (電動変形SLレールガー) was the first of 5 or 6 Railger toys put out by Wing in the 90s. Each set consisted of a battery powered train that turned into a robot, with a bunch of pieces of track. We previously reviewed Special Express Railger here.

The box is amazing. Lots of great art. 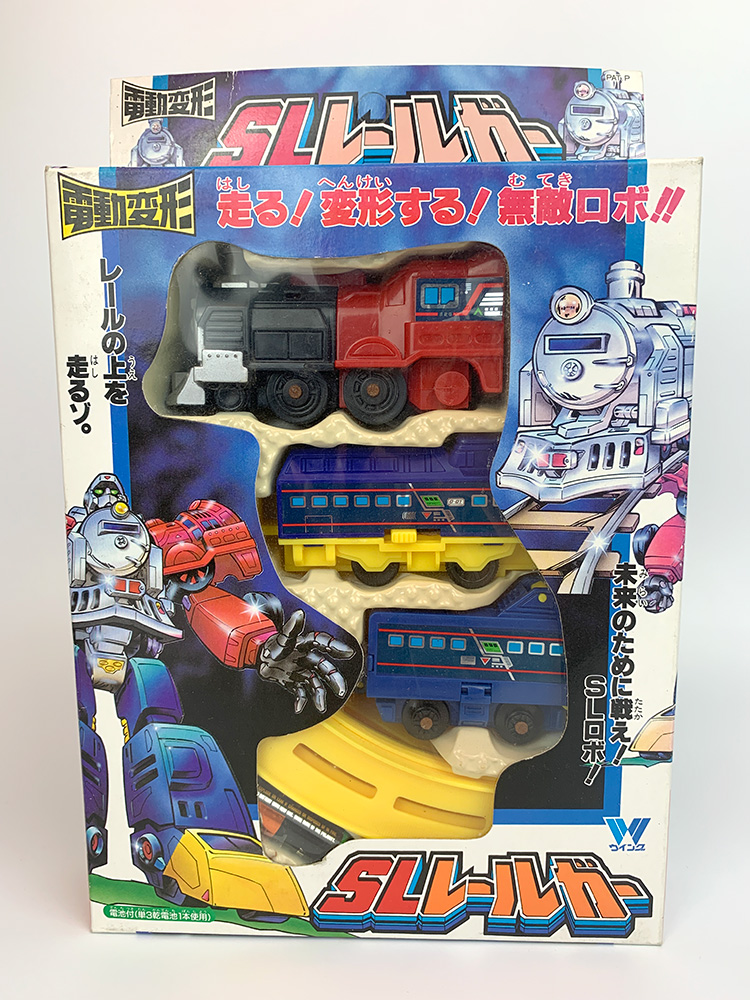 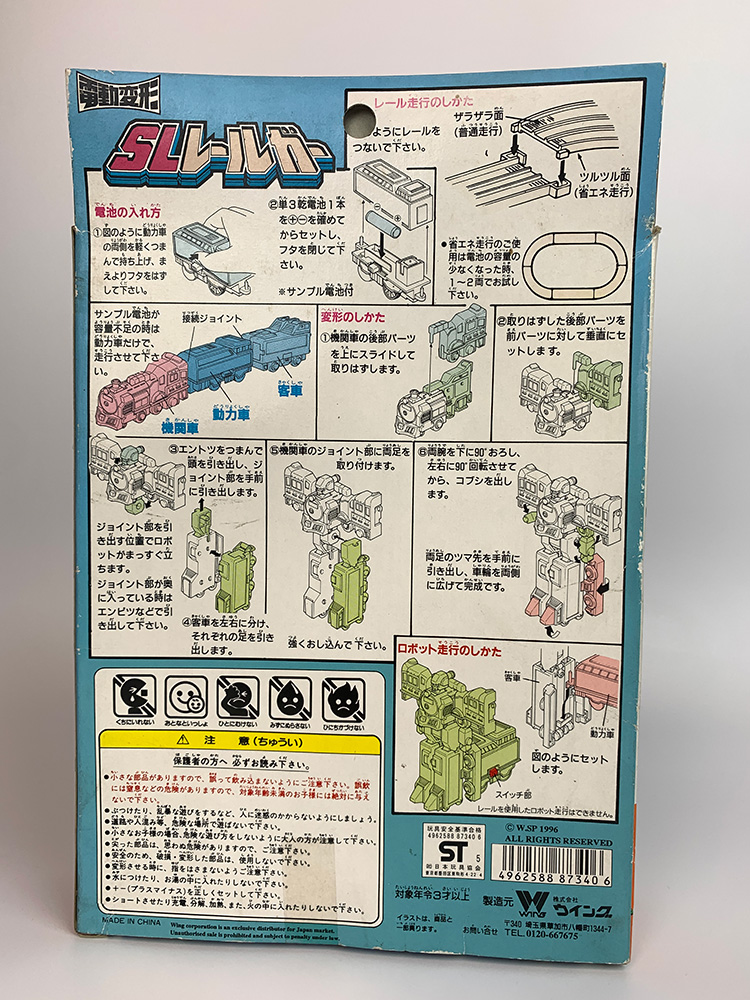 Cheap plastic tray on the inside, but it includes a long-dead battery. 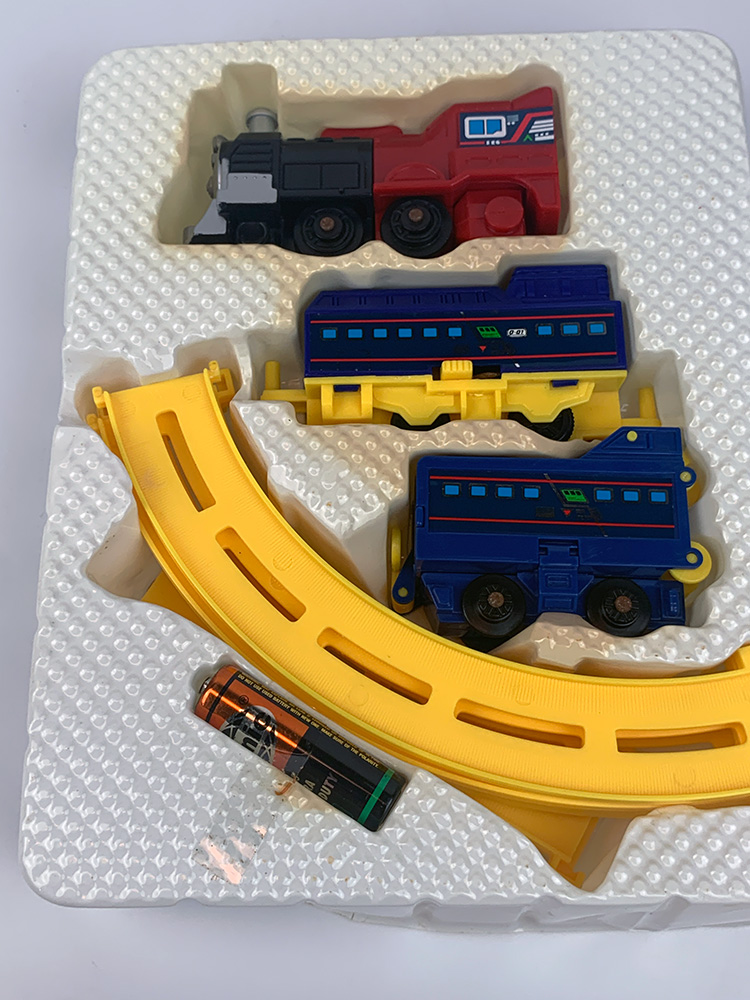 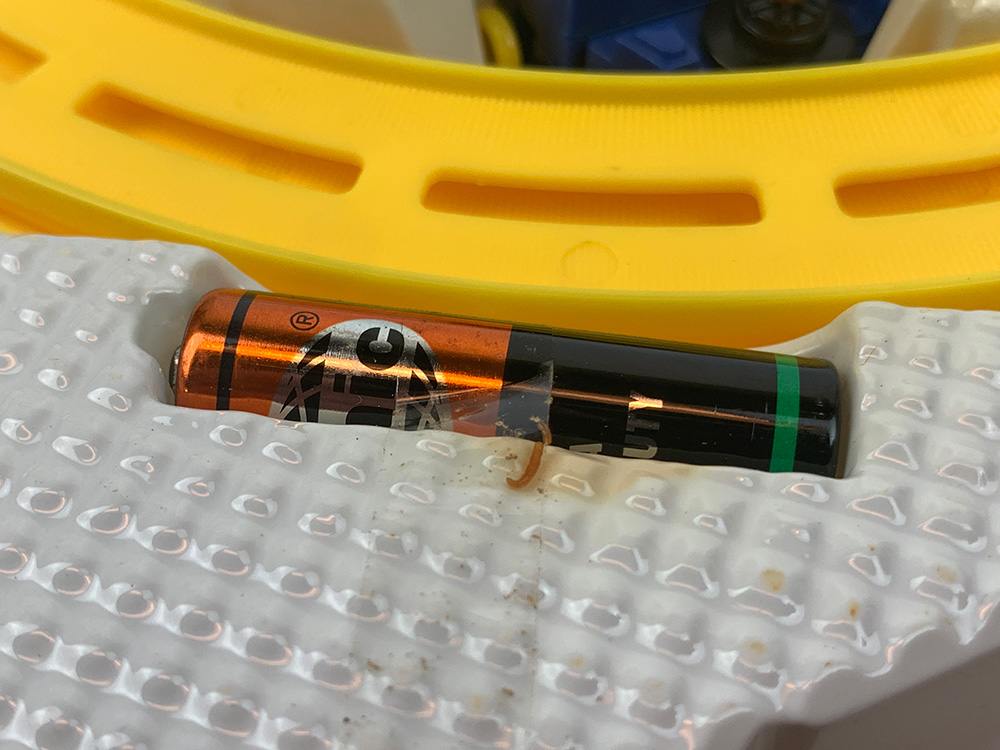 Let's check out the toy. The three car-train rides on an oval track consisting of six snap-together pieces. 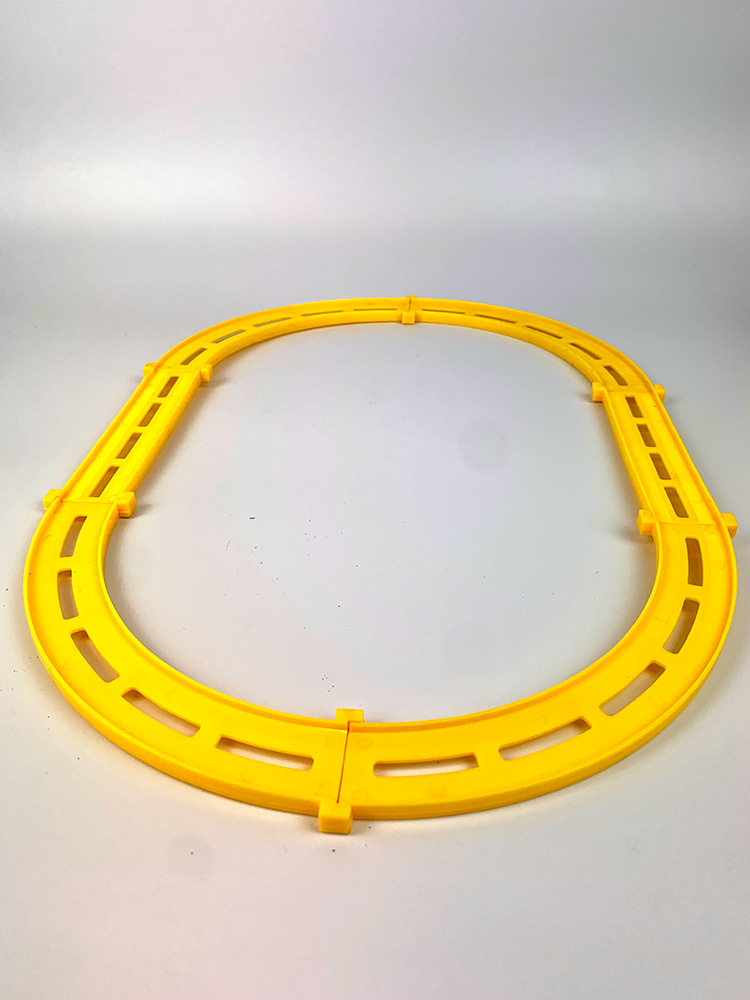 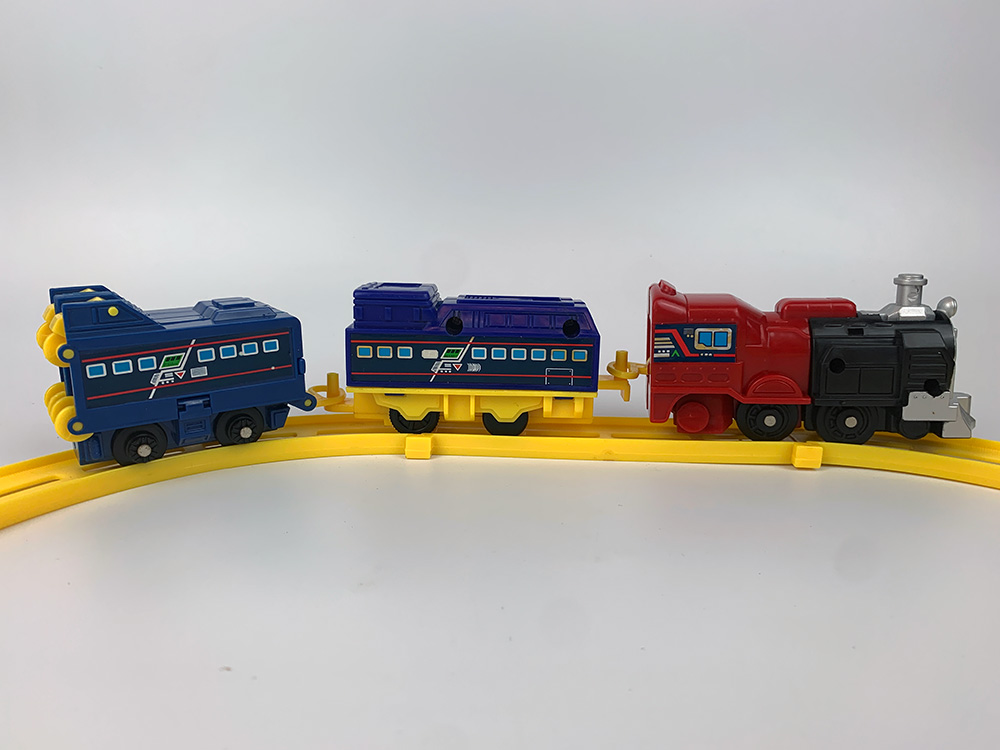 Engine Car - becomes the upper section of the robot. 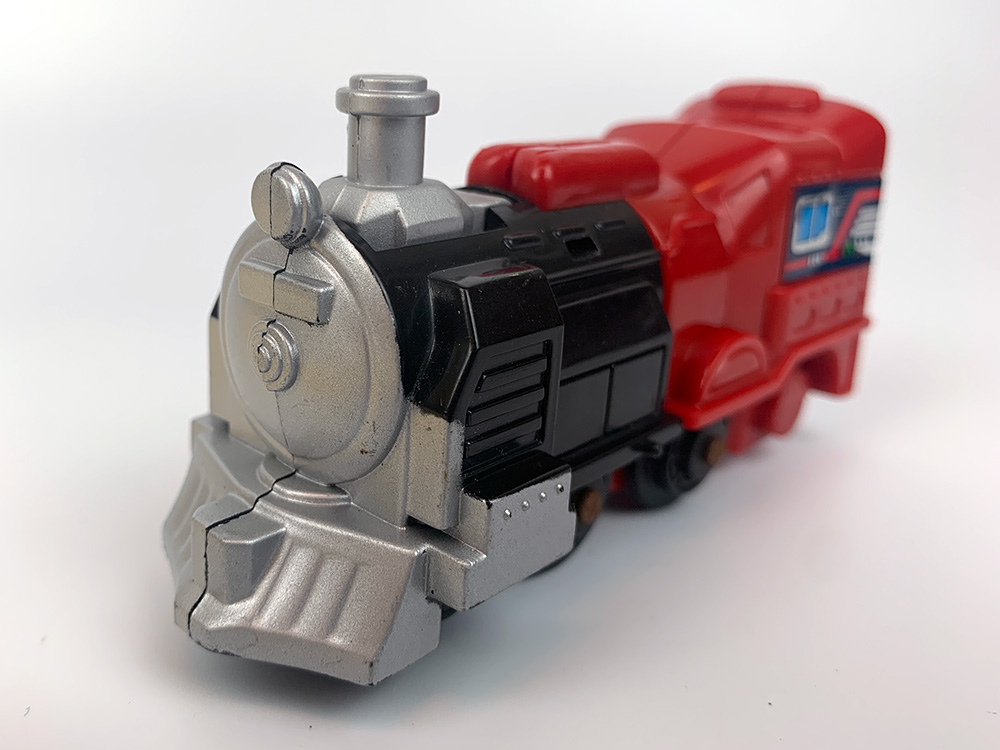 Middle car - this one has the battery engine in it. There's a switch on the side to turn it on. 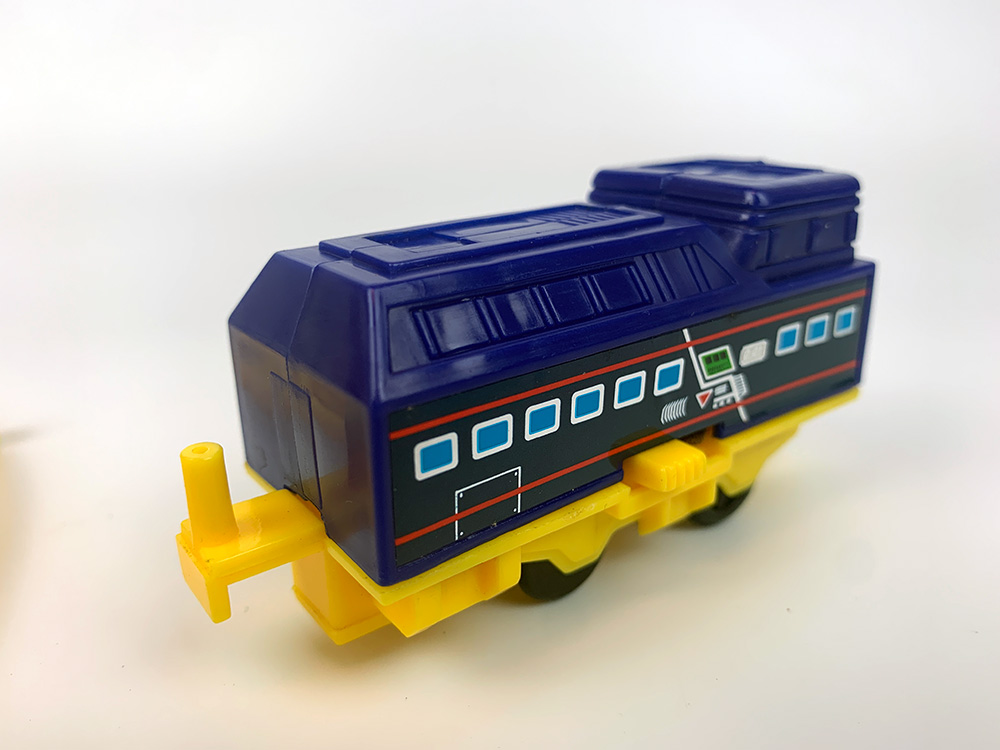 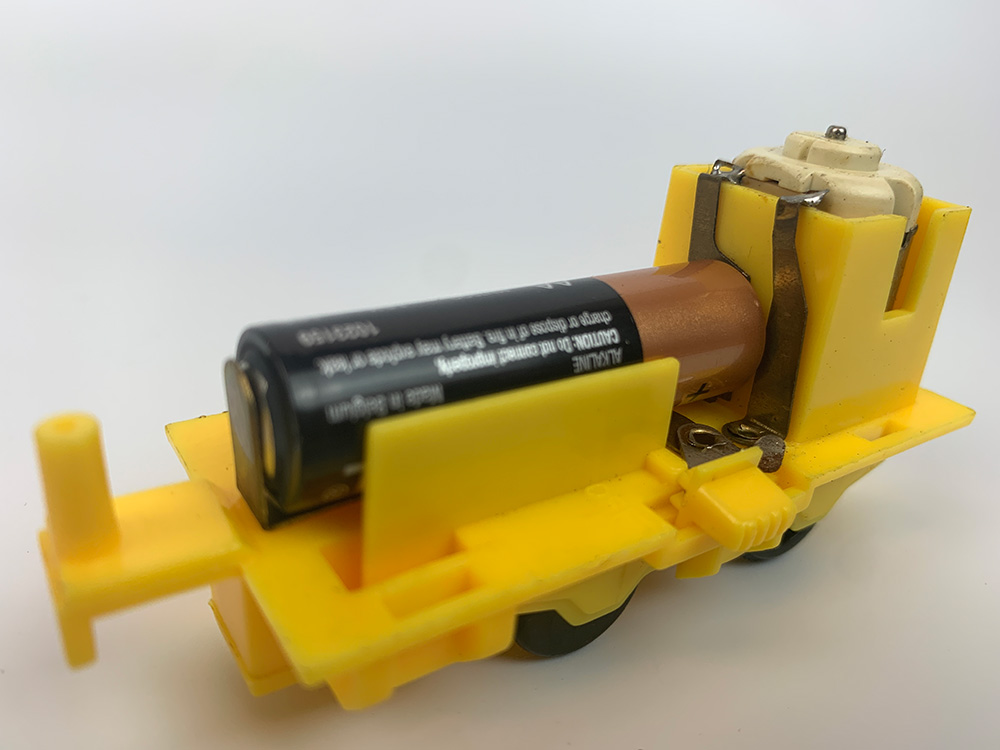 Caboose - this becomes the legs of Railger 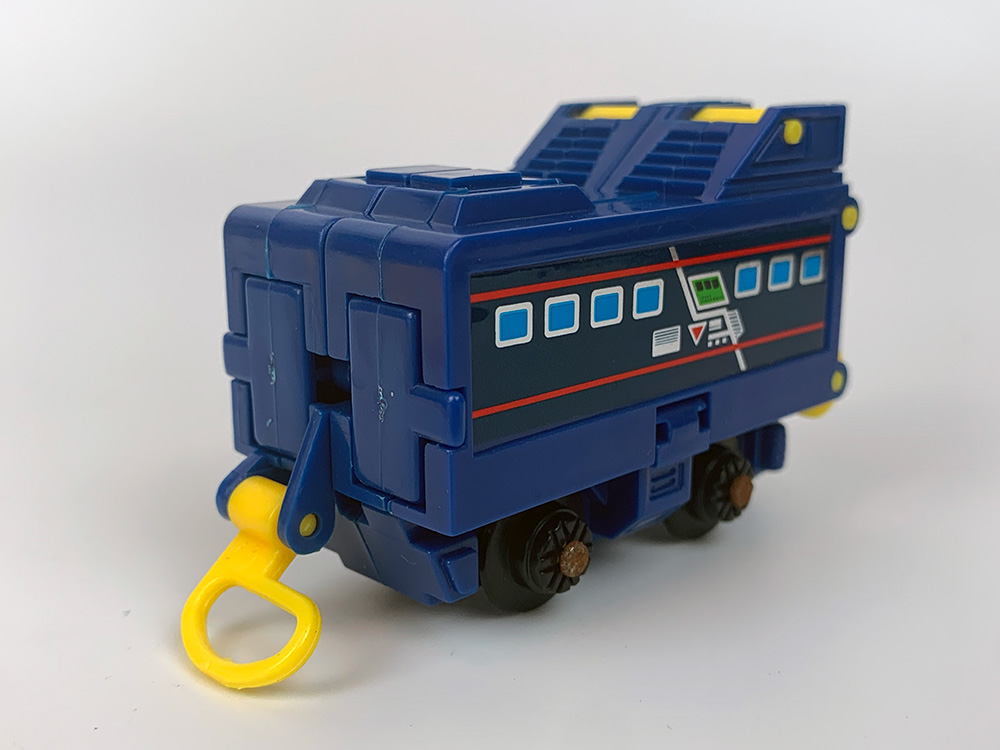 To Transform, Lift the back half of the engine and split. Lift up head and place halves back into place and pull down arms. Pull down torso section. Extend legs and toes from caboose. Atttch legs at hips! 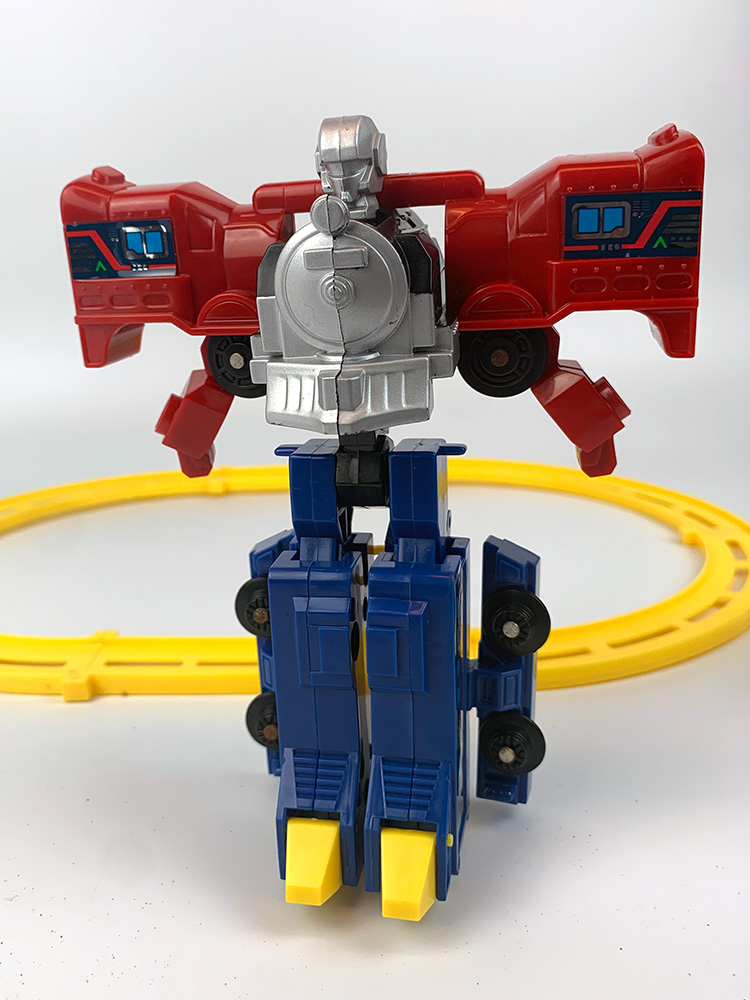 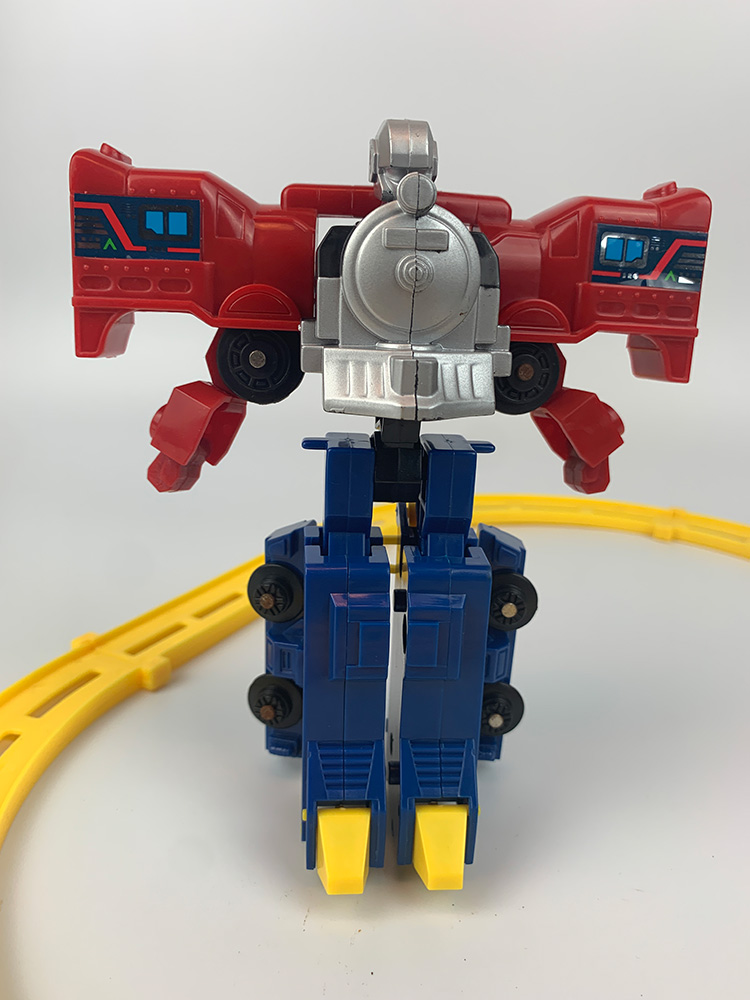 Articulation is almost zero. The arms can move a little, largely due to the transformation. 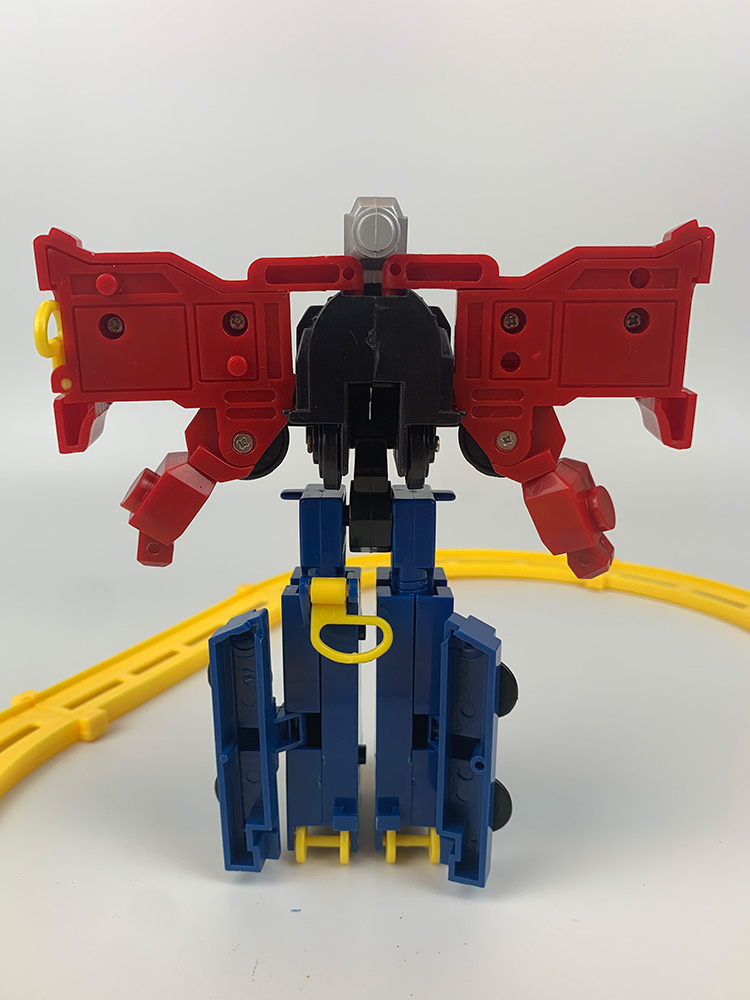 The middle car, with the battery power, can attach to the back of the legs and push the robot along. Sadly it will not run on the tracks, it just pushes it off. 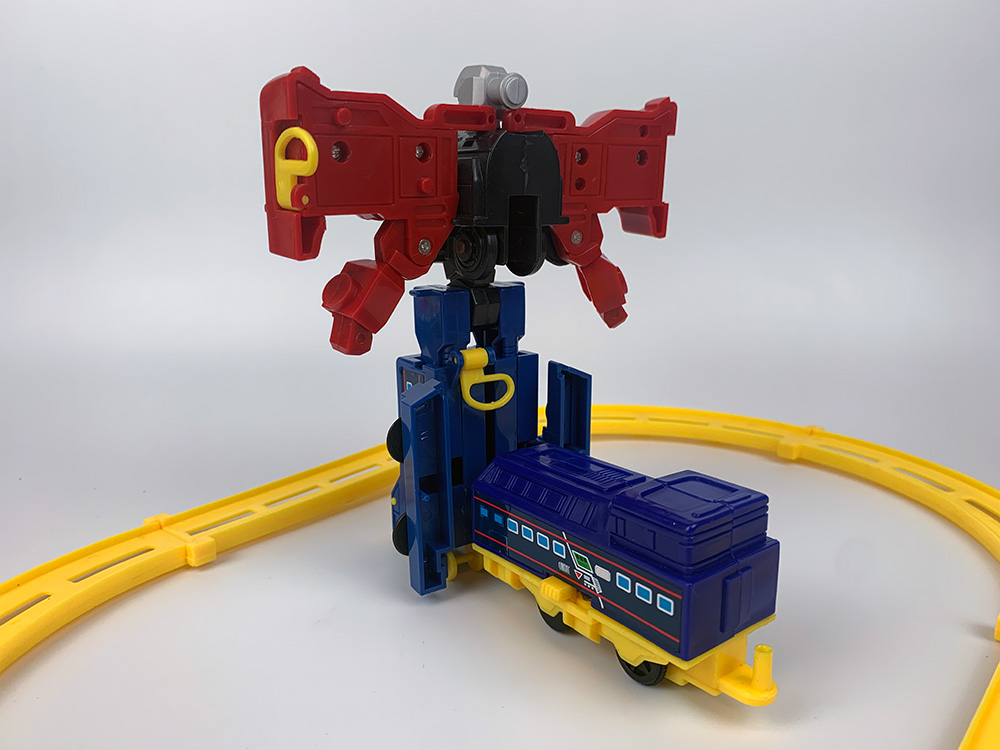 It's a fun little piece. The other trains are just variants of Shinkansen lines - they are just styled differently to resemble train lines but they are basically all the same toy.