Windblade is the first fan-made Transformer, created by a series of polls that determined that she would be a red and black female Autobot with a sword and a jet alt mode. Her decidedly Japanese styling were added on after the fact. I was very eager to see if this new robot would get a suitably nice Deluxe-class offering, and while it's not perfect, Windblade is a unique and interesting offering. 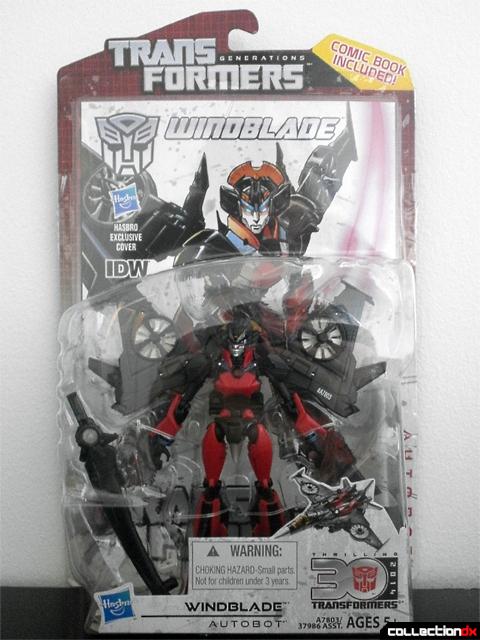 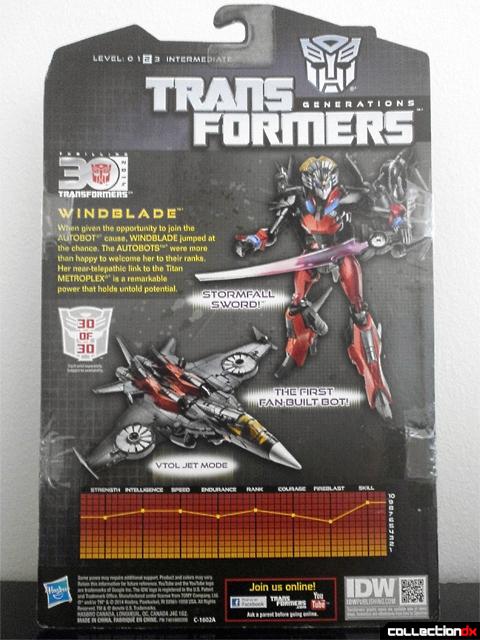 Windblade comes packaged with an issue of the recent arc of IDW's Transformers comics, Dark Cybertron. 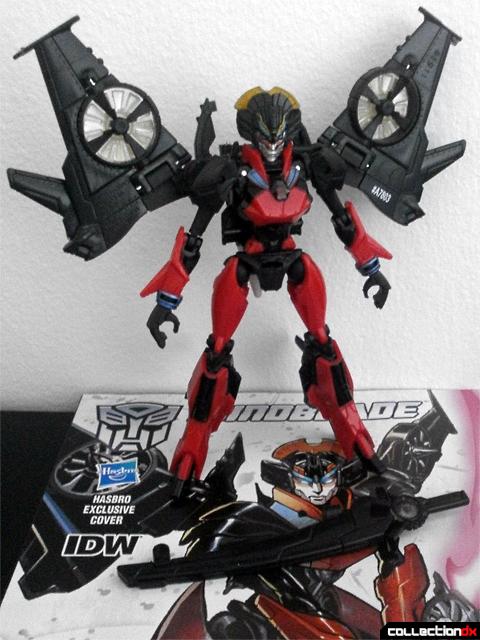 The only accessory to speak of is Windblade's Stormfall Sword and its sheath. 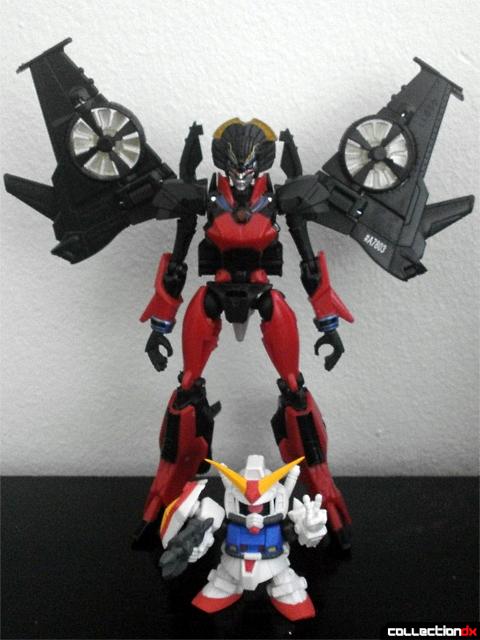 Windblade has a lot more presence than the average Deluxe toy, mostly because of the sheer size of her wings. 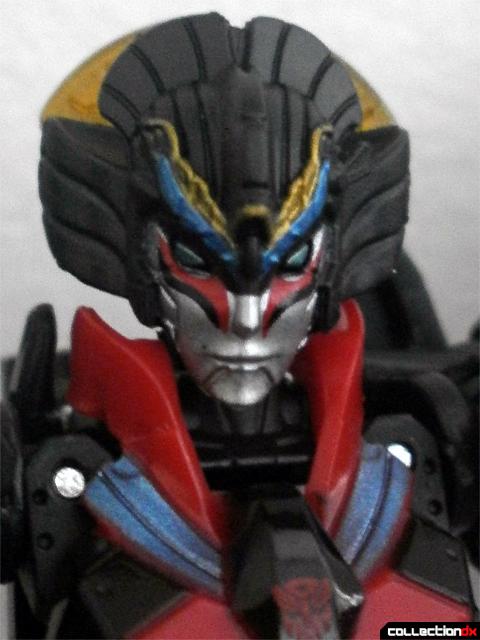 Her face has a lot more detail than the average Autobot, but this toy does a good job of rendering it without any errors in paint applications. 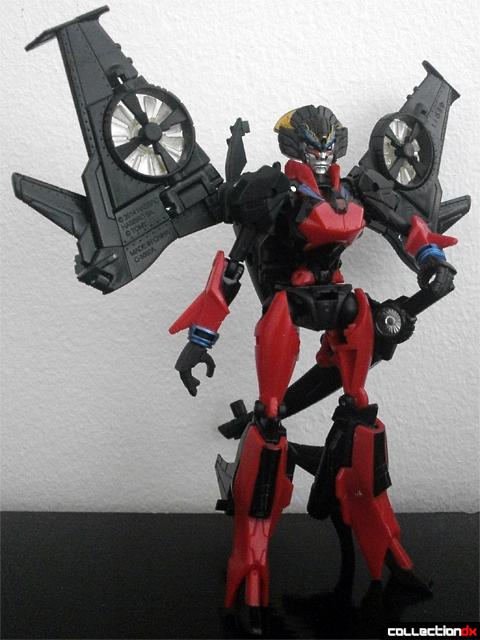 The sheath can attach to Windblade's thigh. While it's a little loose, it looks great if you pose her right. 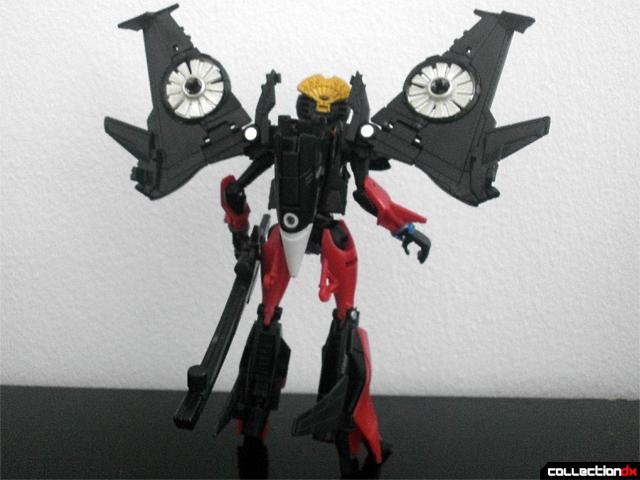 From the back, we can see this toy is surprisingly light on kibble (besides the jet wings, but there's really nothing you can do about that). 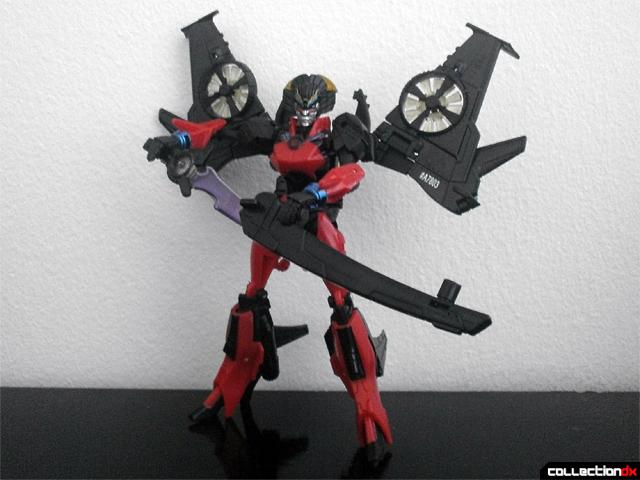 There's a handle towards the top of the sheathe so Windblade can dramatically draw her sword. 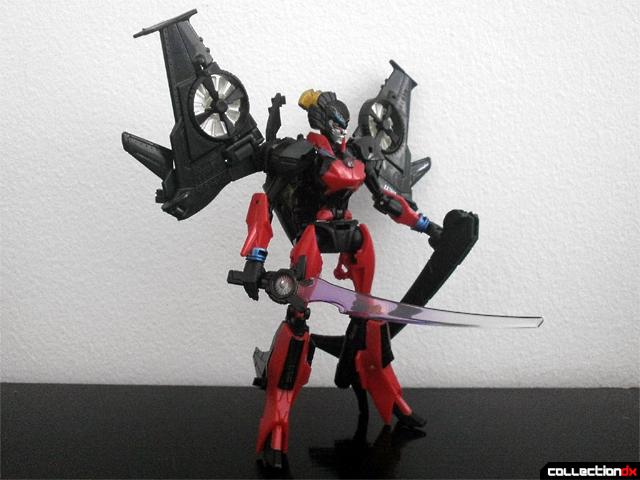 If robots with swords are your thing, this toy is a treat to play with. It's pretty much impossible to make Windblade not look cool. 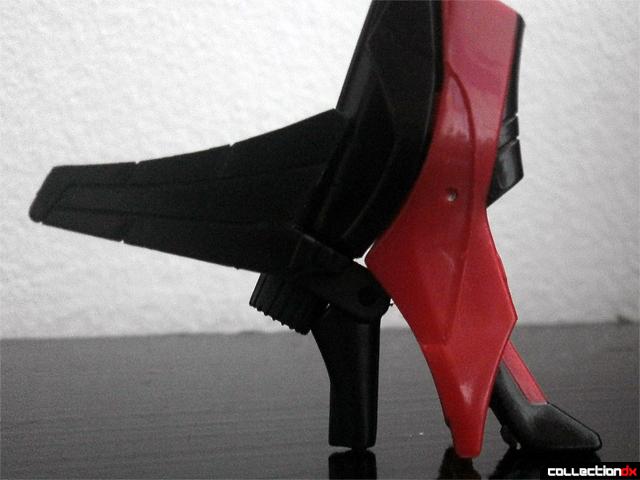 It's honestly pretty surprising just how flexible this toy is, but the transformation involves separating her leg, and it comes apart a little too easily. I question why she has to have high heels. Take notice to not let Windblade's foot slide apart or she'll fall over. 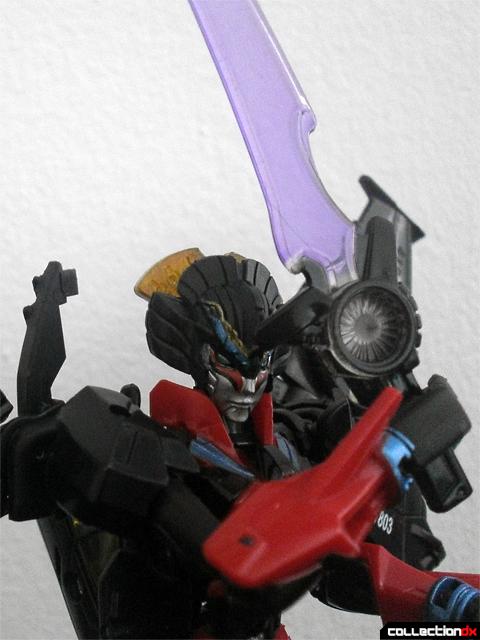 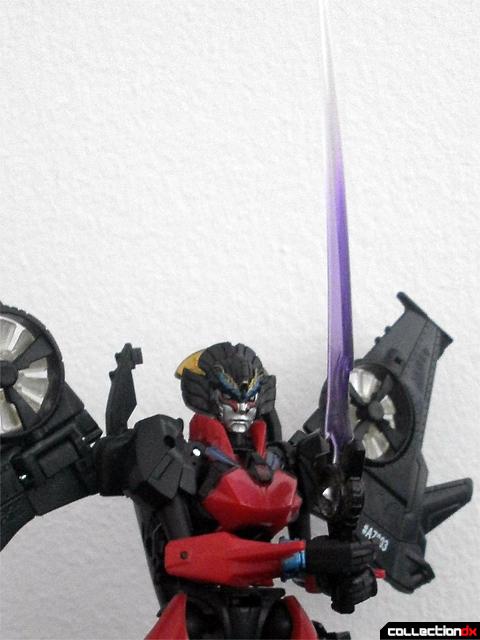 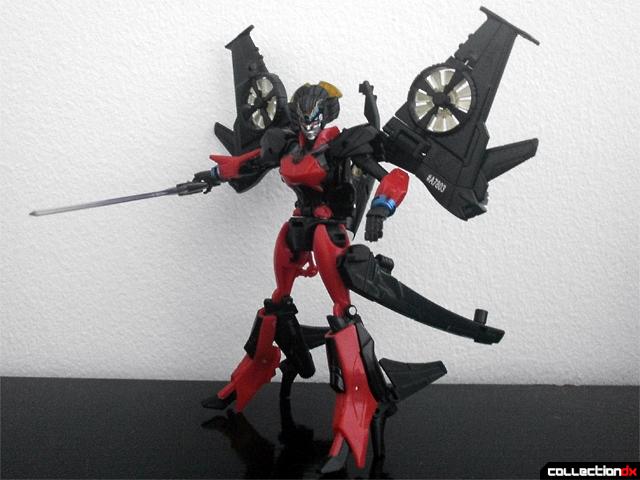 Really the only thing detracting from Windblade's appearance is the incredibly noticeable serial number on her left wing. 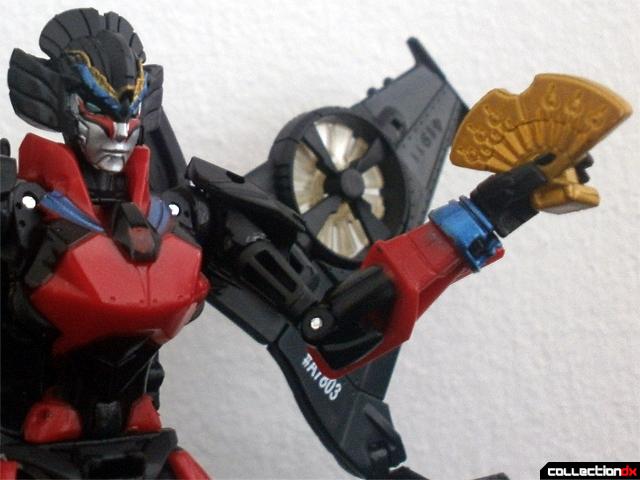 The instruction manual points out that her headdress can be removed and placed in her hand. I have no idea why. 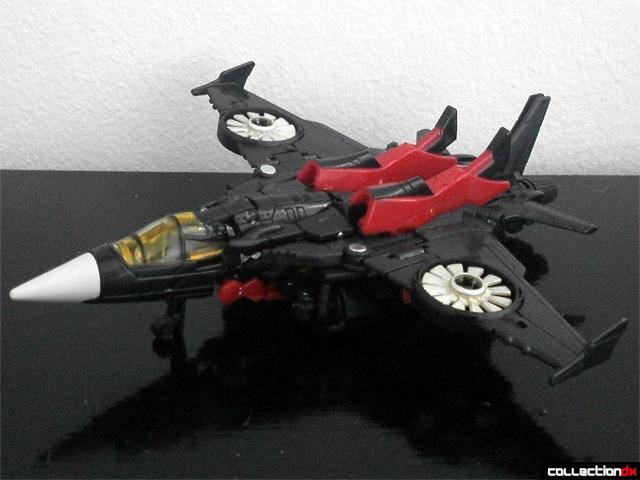 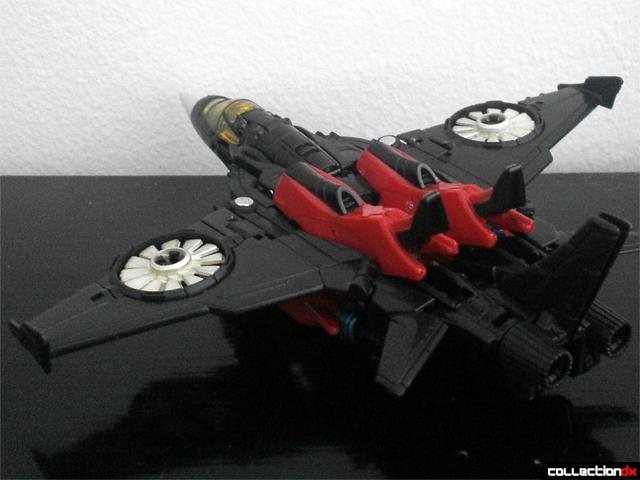 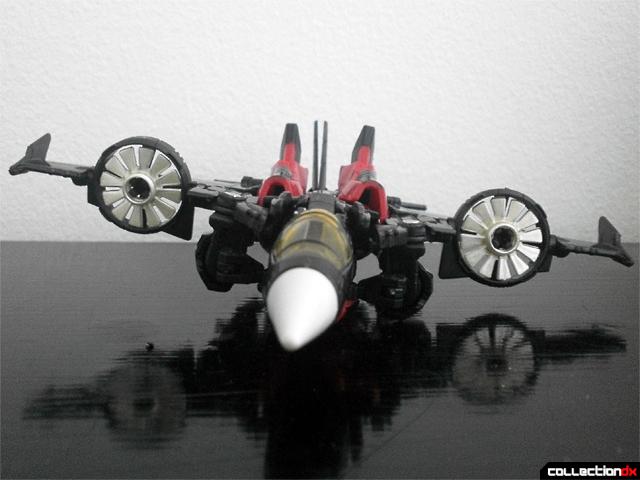 The alt mode is a very sleek jet. The transformation is pretty simple, but some of the tabs don't fit where they're supposed to. Normally this isn't too much of a problem, but in Windblade's case, it's very unstable. The sword in its sheath can be stowed underneath.

While not without flaws, Windblade is a great toy that's a nice addition to the thin ranks of female Transformers. I'd recommend any fan of the franchise to buy one.

I believe that her removable headdress is supposed to represent a fan when held, in keeping with her Japanese, kabuki-inspired styling.

To quote the TFWiki: "For the fans, by the fans, and... incorporating fans."

She also has a turbine on her sword hilt. Literally, a wind blade.

WINDBLUUUUURRRRD. Also TEST COMMENT THAT NO ONE BUT US WILL UNDERSTAND.

And so begins the year of Combiners, Fembots and other Bots Hasbro's let Third Party pick up the slack on.
Hopefully Nautica's next.

you guys are funny! mamayokero