Wilykat is one half of the cute and orphaned twins from the rebooted Thundercats series. As of this review we are only up to 3 episodes in, so there’s not a lot to tell yet about the little fella. All indicators have been he’s pretty identical to the original series. 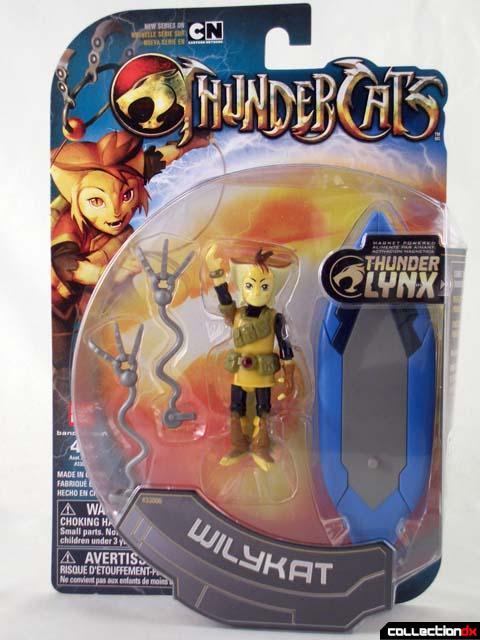 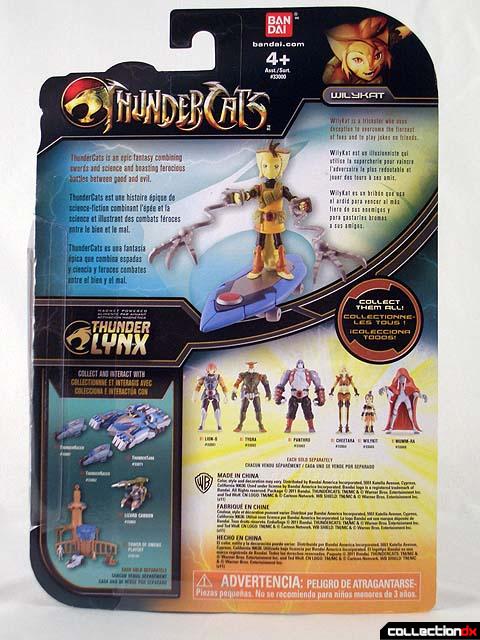 The package is the usual cardboard back with plastic blister to hold the figure. The die-cut card back features nice, sharp graphics. 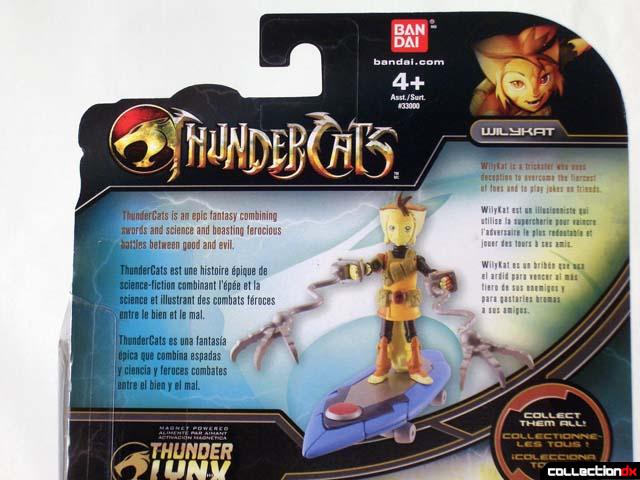 On the back is a brief explanation of Wilykat’s origin in multiple languages. 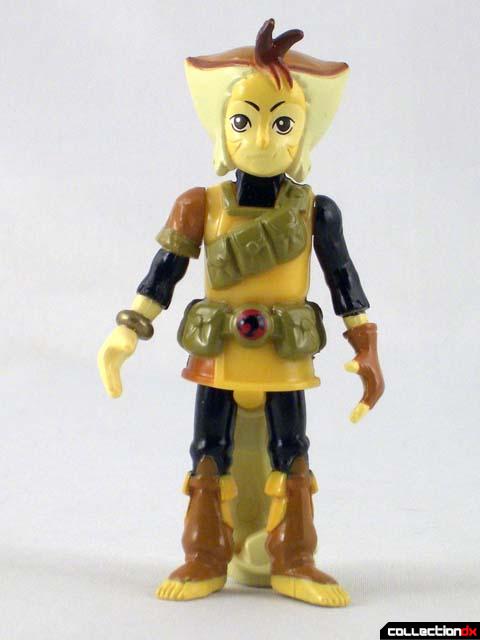 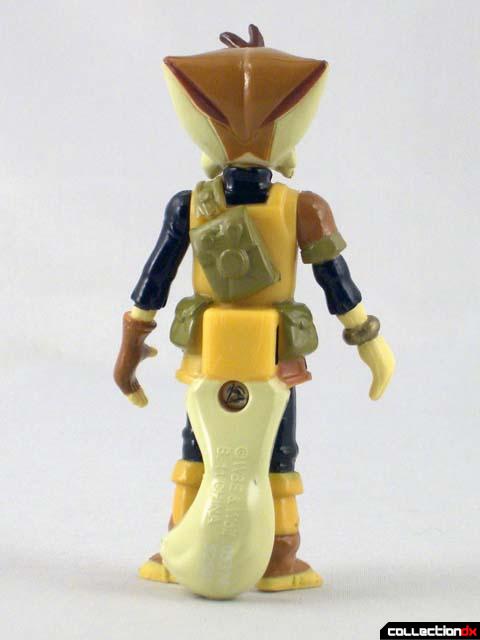 The first thing I noticed once I got Wilykat out of the package is how tiny he is... 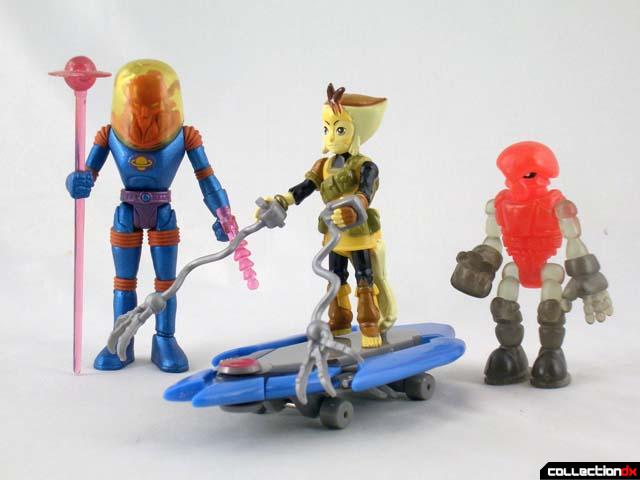 Look at him, he’s a wee little fella. 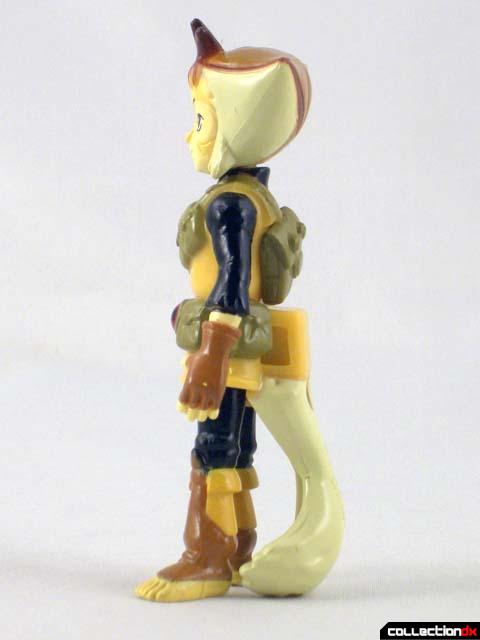 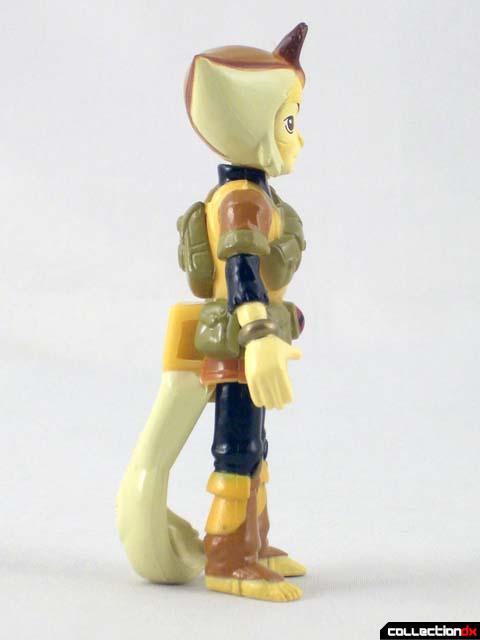 Sadly the tiny size didn’t leave much room for joints apparently as he only has 3 points of articulation, his head turns and both arms can be raised and lowered. That’s it. 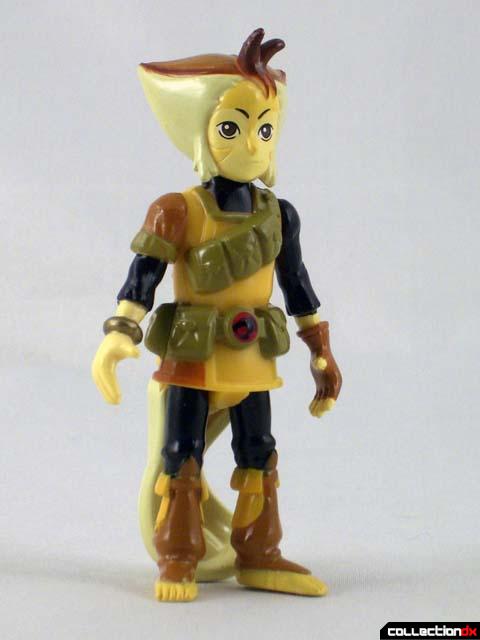 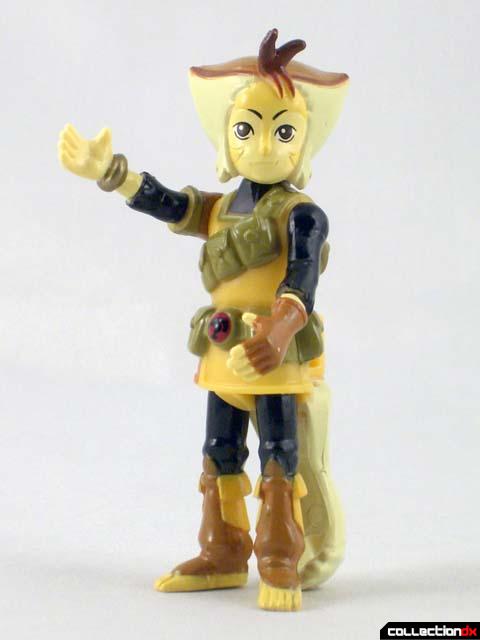 Paint and sculpt detail are both very good and he looks great. Fit, finish, and materials used all feel good. Upon hyper magnification you can see some seam lines in the arms but this is normally not noticeable when handling the figure. 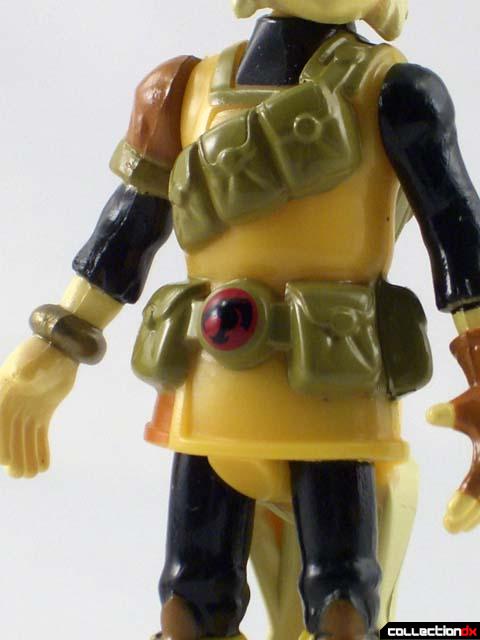 There is also a magnet hidden inside of the figure that will apparently activate features and/or sounds on play-sets and vehicles. Since I have neither at the moment I really can’t speak to this interactive feature yet. Time will tell. 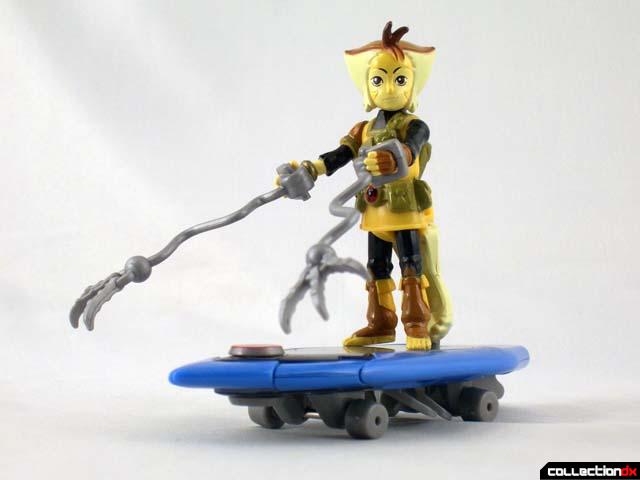 Wilykat isn’t all you get. He comes with two sets of extras in the package. His Claw-cable-thingies and his skateboard/hover-board. Not sure what either of these are actually called because as of this review the show is only up to Episode 3 and neither element has been introduced. 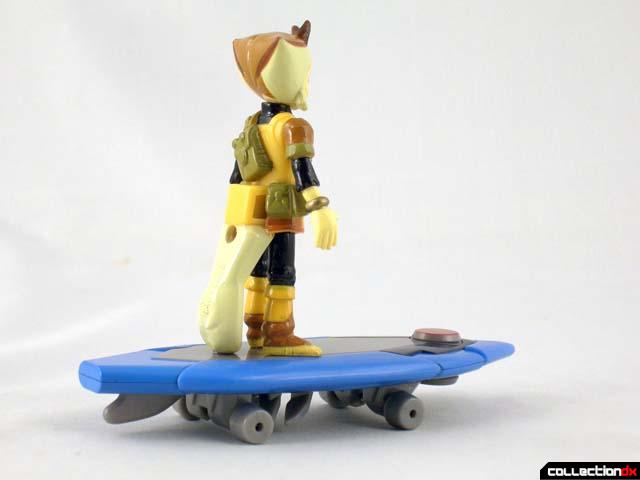 Wilykat has a peg-hole in his tail so he can securely be attached to the board and rolled around without falling off. 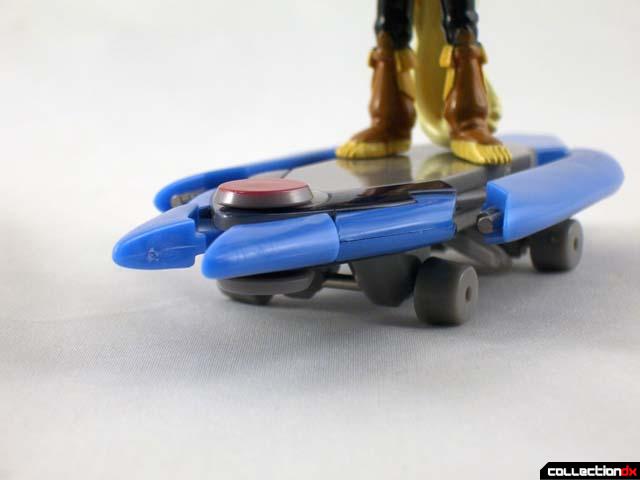 A cool thing about the skateboard/hoverboard (I think it’s supposed to be hover-board) is it features pop-out weapons and the front splits open to turn into a deadly weapon. I am sure it will be very cool when we see it in the show. 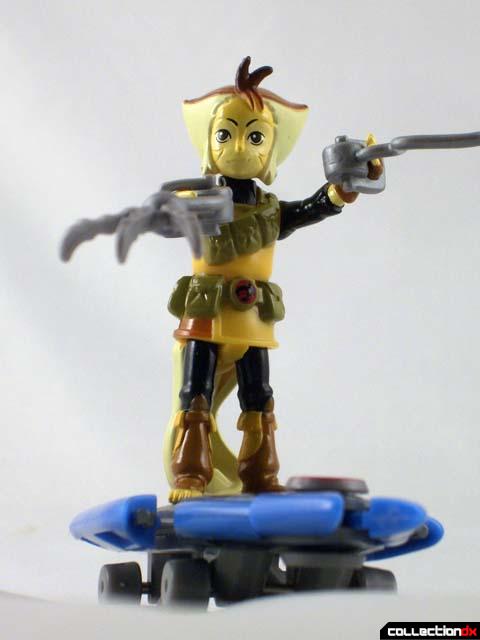 So overall I am very happy with the first of the Thundercats I have received to check out. I was a little surprised by the lack of articulation but he is so small I am not sure how they would have gotten joints in the little guy. The addition of the board certainly justifies the $7.99 price tag. I would just suggest picking up a hero character first and save the twins for a second or third round of figure purchases in the series. I am most definitely looking forward to checking out more of the line and more of the cartoon.