The White Ranger was brought to you by Bluefin Tamashii Nations!

I've said it before, and I'll say it again: I really love Mighty Morphin Power Rangers. So here is the latest S.H. Figuarts release from Bandai, lovingly brought to the states by Bluefin! Honestly, the White Ranger needs no introduction, so we'll just jump right in.

So here we have Tommy in his second Ranger suit. And before I hear any whining, yes, I know that the suit was actually from Dairanger and had nothing to do with Zyuranger, the show MMPR is based on, and the original Japanese release of this figure was actually Kibaranger and not Tommy. But the box says "Mighty Morphin Power Rangers" so I'm treating this like Tommy, and not that annoying little kid from that show with the dragons.

If you didn't understand any of that paragraph, it's alright. From here on out I'll only reference Power Rangers. Now where was I? Oh yes! Here is Tommy in his second Ranger suit. It has been faithfully recreated in plastic form and looks fantastic! 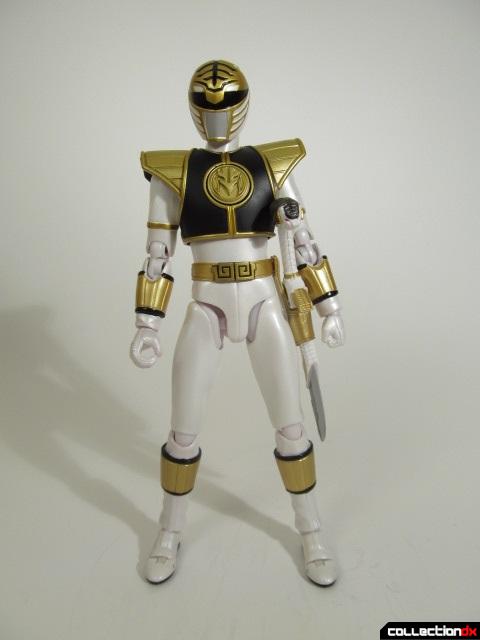 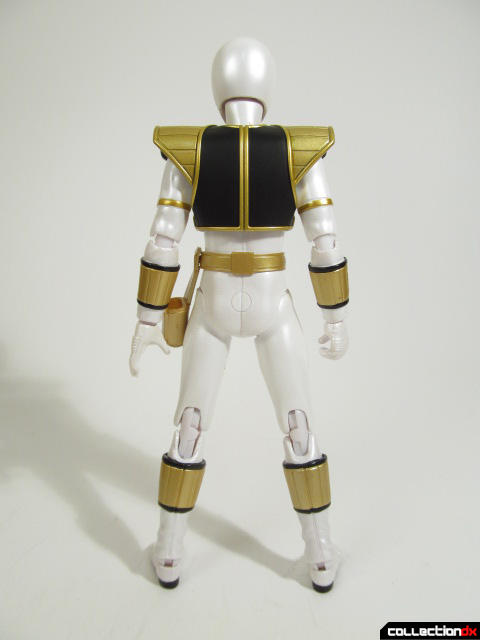 Instead of just being a drab white color, the White Ranger has a shiny pearlescent finish on it. Pictures and a video do NOT do it justice. This toy looks gorgeous in hand! Also, the chest is a beautiful matte black. All in all, there's nothing on this guy that doesn't look fantastic! 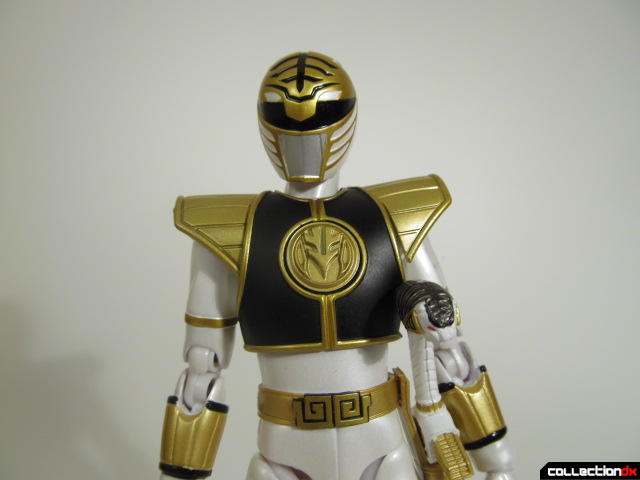 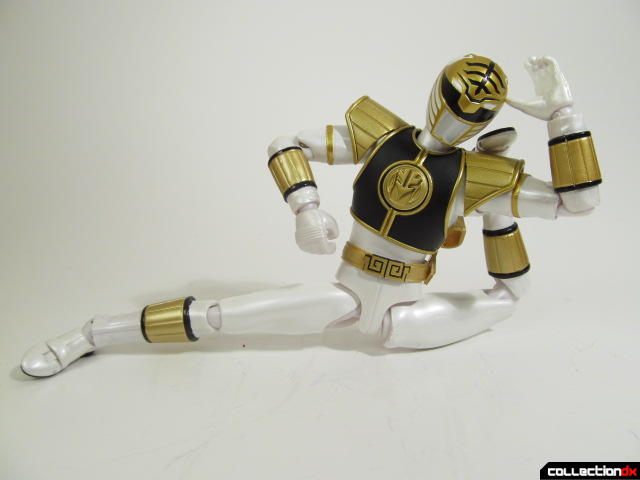 Articulation is standard for these MMPR Figuarts. The White Ranger has ball-joints everywhere and swivels wherever he needs to. The biggest hiccup I've seen is the shoulderpads. They get in the way with a lot of poses, and while they have a hinge on them, it doesn't really alleviate anything. In fact, the shoulders have the tendency to look rather terrible most of the time unless you make sure they're down all the way. I kind of wish Bandai had left the armor as one solid piece like with the Green Ranger. Still, it's not that big of a deal. 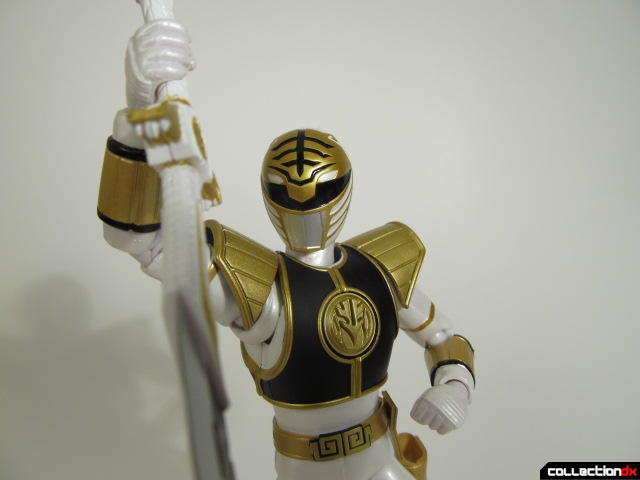 I also need to mention that the shoulder on my first White Ranger was so tight that the ball-joint sheared off completely. However, as soon as I told Bluefin what happened they shipped another one immediately. While the shoulder issue was an isolated incident and not representative of the entire run of figures, I have to brag on Bluefin's customer service here. They did a really great job! 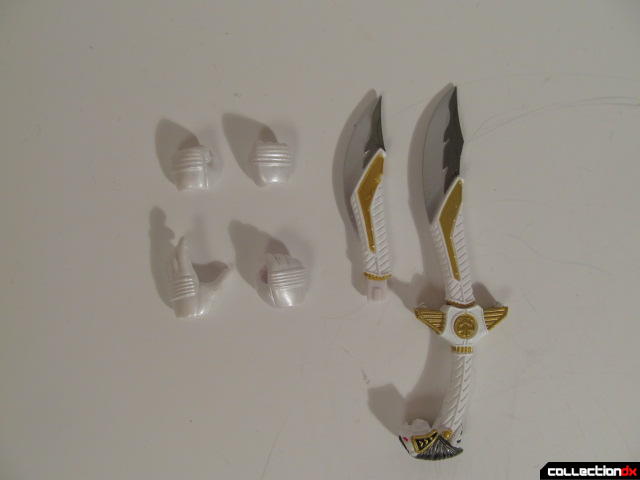 So moving on, the accessory count is actually really low. The White Ranger comes with two pairs of hands, Saba, and two blades. That's it. While initially put off by the low accessory count, I came to realize that the White Ranger didn't really need anything else. He has fists, posing hands, and his sword. There's not much else that I can think of that Tommy would really use. 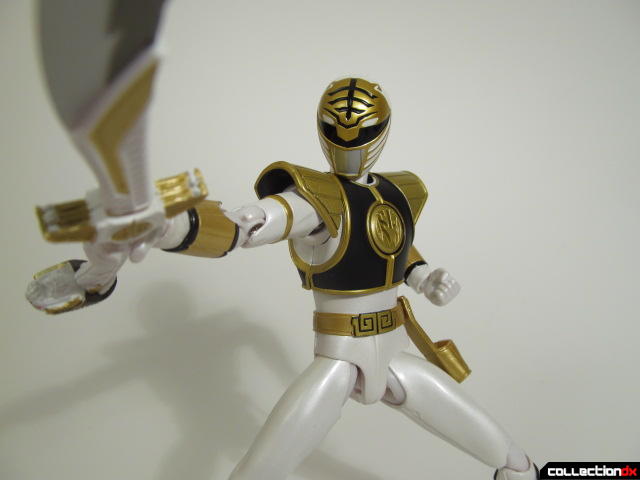 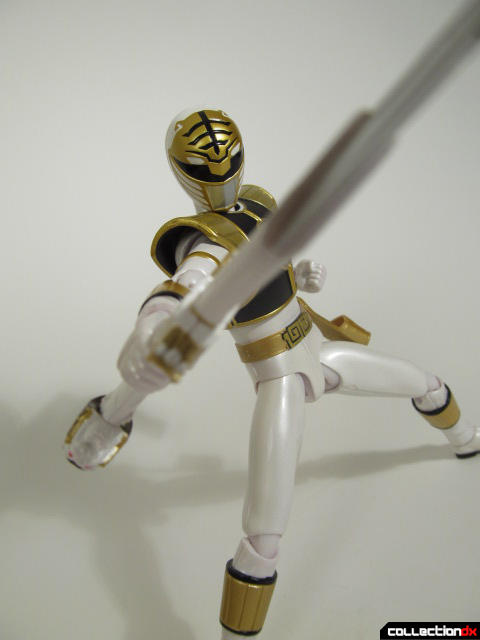 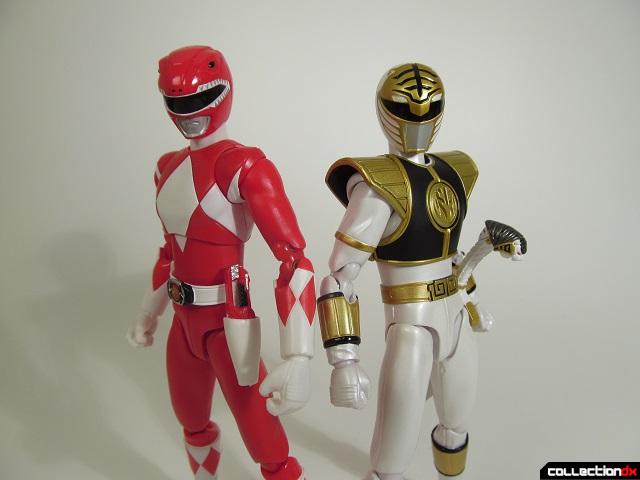 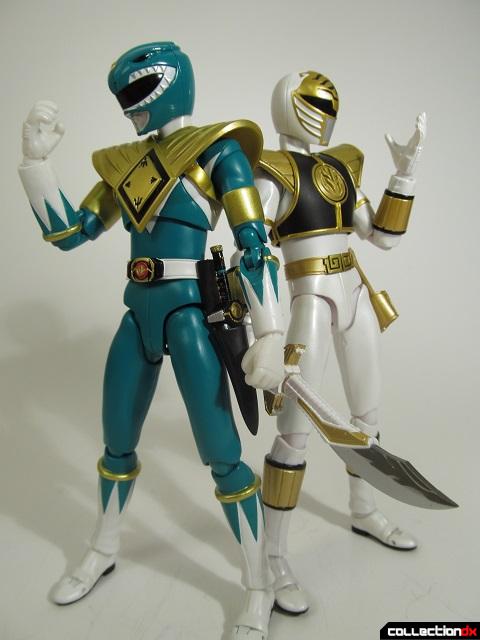 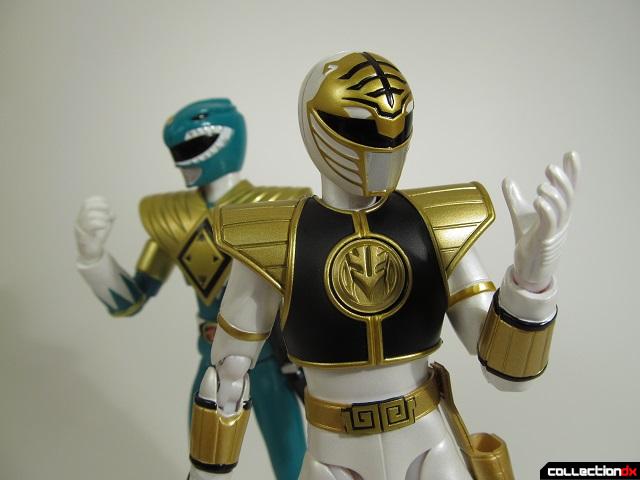 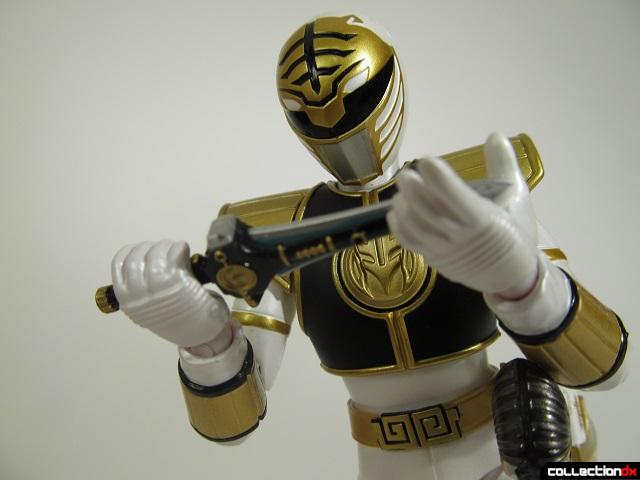 S.H. Figuarts White Ranger is a great release of a great character. He is definitely one of the best looking figures I own, and he looks amazing with the other MMPR figures released in this line. If you're not totally put off by the accessory count, I highly recommend picking this guy up. Every fan of Power Rangers should think about getting this toy, if only for the fanfic-ish pictures that will surely follow with Bandai's next Power Rangers release... 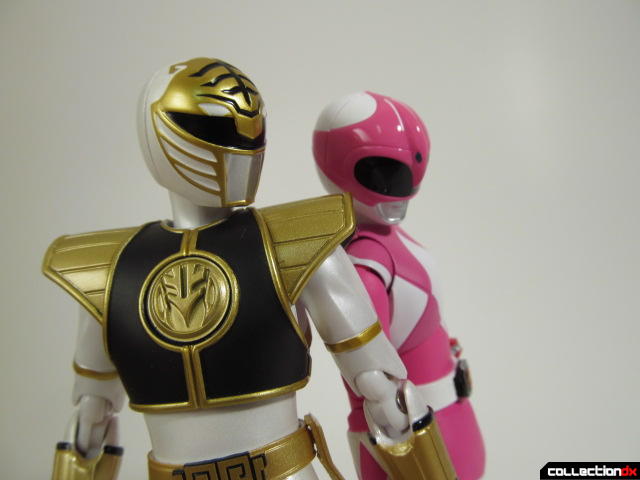 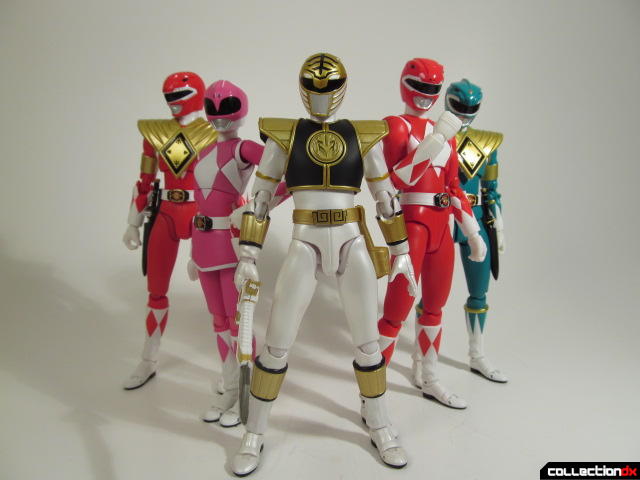 4 comments posted
I have seen the white ranger

I really dig this figure, but Im still waiting for the Dairanger version, since I already own the ryouranger and want them all in that presentation. What happened with that release???

Is he shorter than the red ranger, or is that an optical illusion?

Of course, that's not too surprising, since KibaRanger/MMPR White Ranger only had one accessory so it would have been much harder for Bandai to fail like they did with RyuRanger.