Here's another Sideshow 12" monster that I put off getting for some reason. From the 1935 motion picture classic, it's Henry Hull as the Werewolf Of London.

Similar to the 8" Invisible Man, this figure here depicts the character wearing a robe. Somehow the effect doesn't seem silly, though. In fact, I like it. I'm glad that they chose to portray the character in a different outfit than what was already used for the 8" version. The robe and the rest of the costume beneath is well constructed and I really like the color. The belt on the robe can be displayed tied or untied, depending on your own preference. 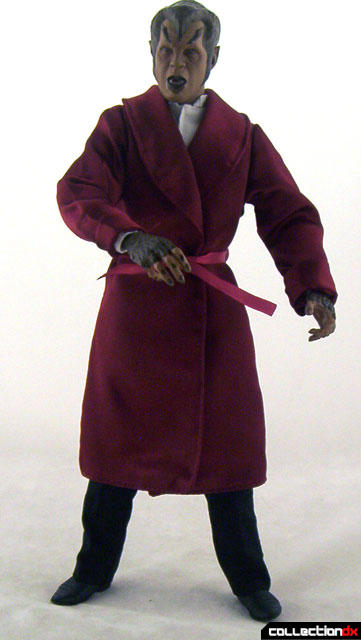 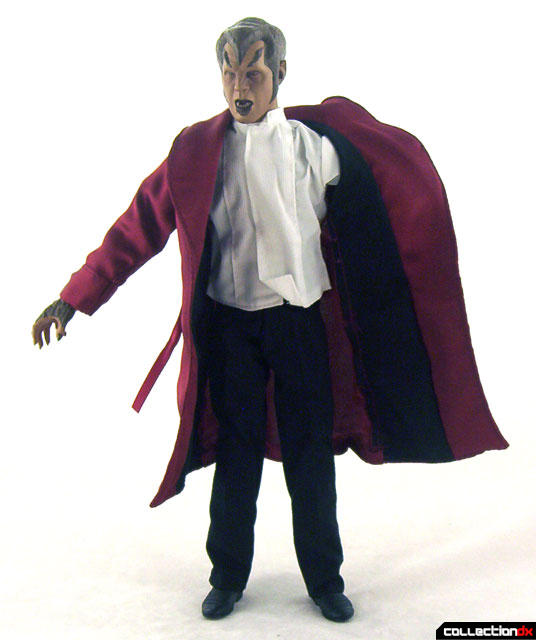 As we've come to expect from these figures, there is a full range of motion in all the limbs and torso and the sculpt of the face is perfectly in tune with the character from the movie. In fact, I think the likeness here is one of the best in the line. 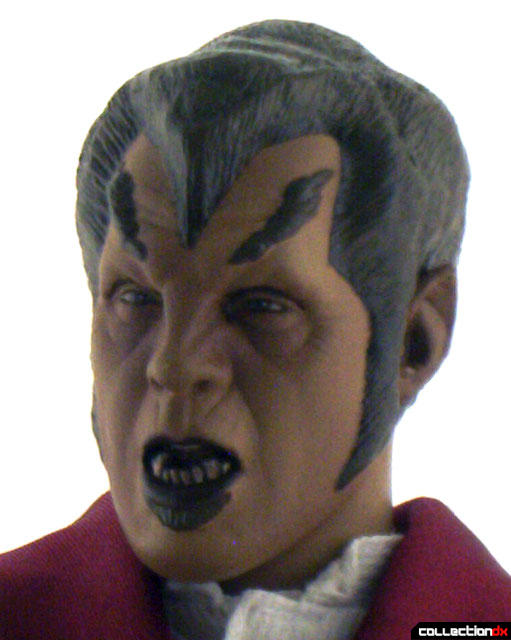 The concealed limbs are molded in brown plastic so in the off chance that some of the arms become exposed, it matches the brown hair on the hands pretty well. But there's little chance of that anyway as the length of the robe's arms should be sufficient to accommodate most poses. Since I've been quick to rake them over the coals in the instances where they've gotten this wrong, I wanna make sure I give Sideshow props for getting it right here.

The Werewolf of London comes with several accessories. First, there is a test tube rack that can hold 6 removable clear plastic test tubes. Additionally, there is a flask that he can even hold ok. 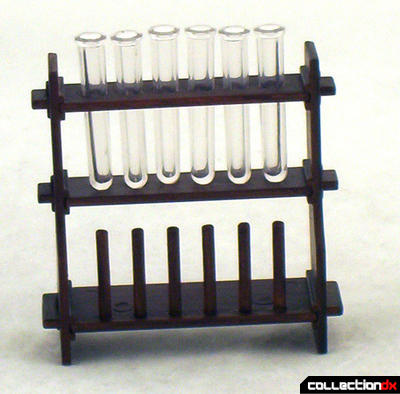 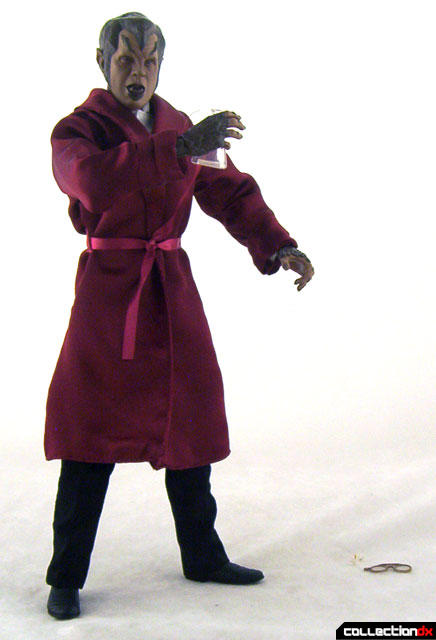 Although it is not mentioned on their website, the doll also comes with a replica of the mariphasa plant, just like the smaller version did. Lastly, you also get a small pair of eyeglasses. However, I would recommend that you just leave those in the box. There is really no way to actually use them with the figure and they are extremely fragile. Mine broke nearly as soon as I got it out of the box. I was able to glue it back together ok, but since they don't do anything anyway, I wouldn't even risk bothering with them. Unlike most of the other 12" monster figures, this one doesn't come with either a base or a stand. You'll have to provide one of your own. 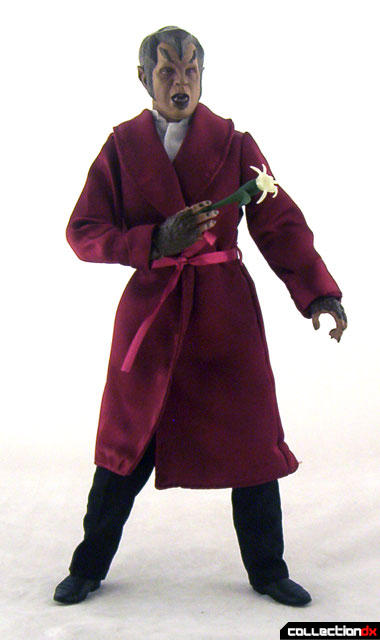 This figure was limited to 1500 pieces and comes in the now familiar 12" doll box that replicates the original movie poster art. As it was one of the last 12" monsters released by Sideshow, there is no corresponding black and white Silver Screen Edition, just this regular release. It's a fine figure and worthy of your collection, but prices for it seem to be going up. Released at $40 just a few years ago, you'd be lucky to get one for under $100 now. 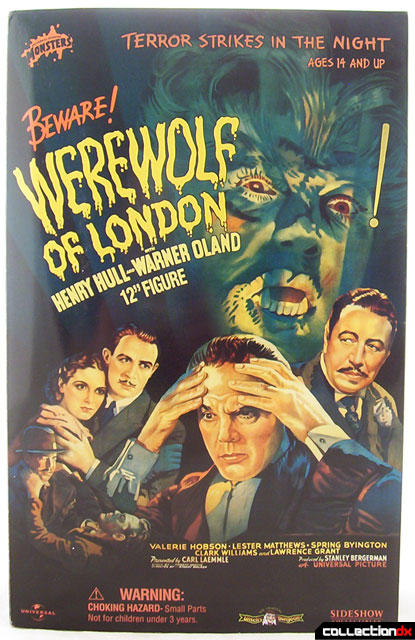 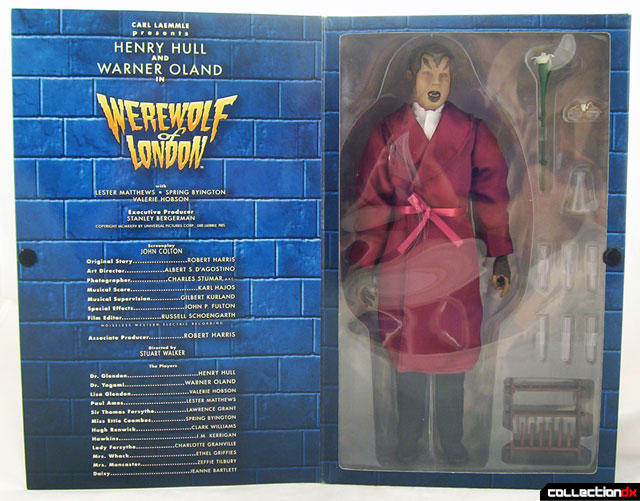 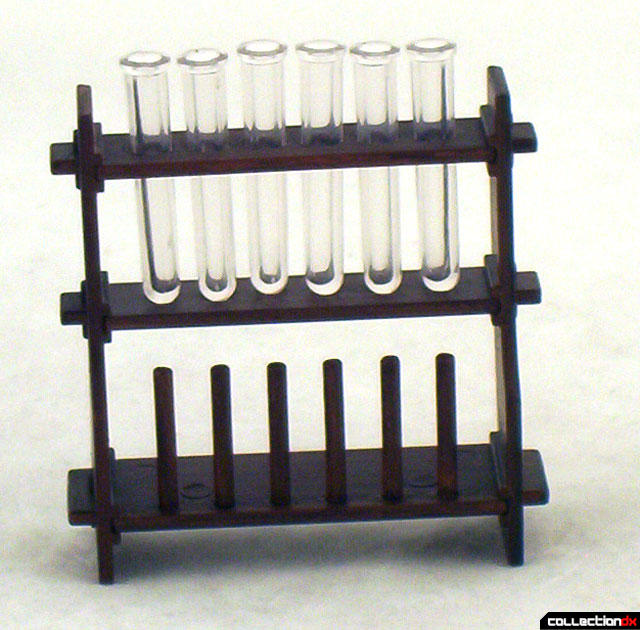 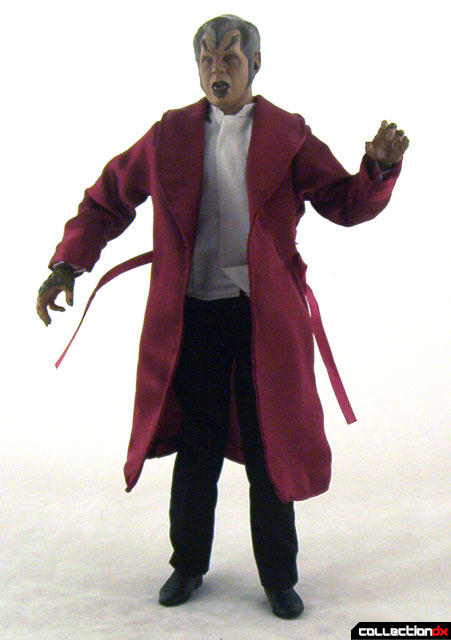 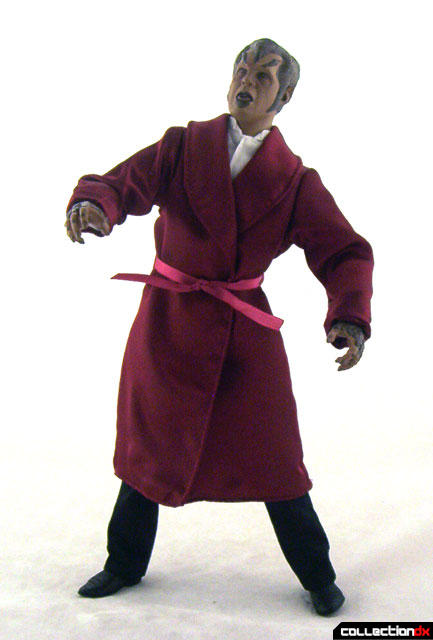 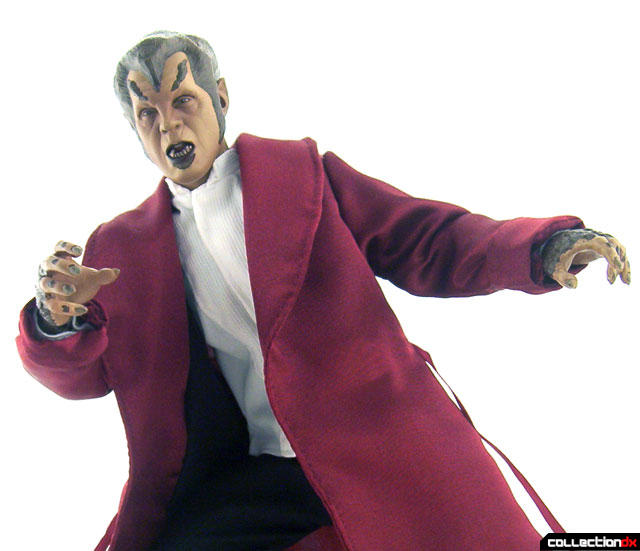 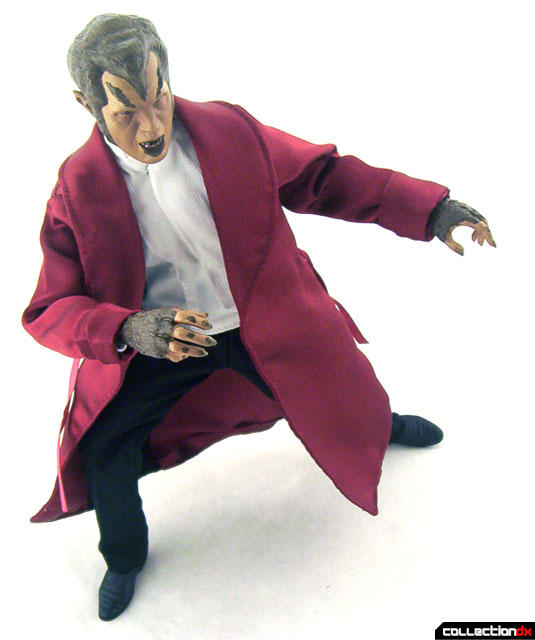 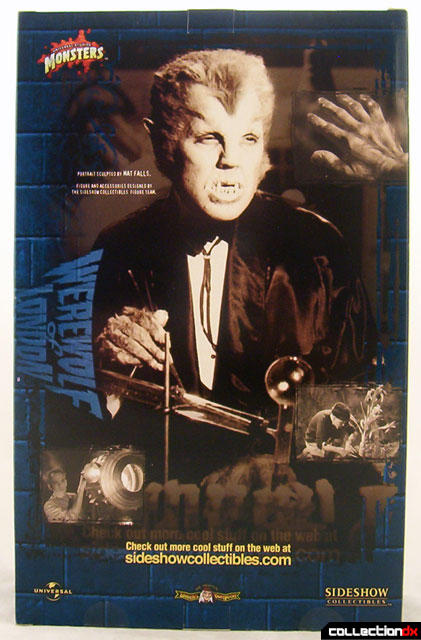 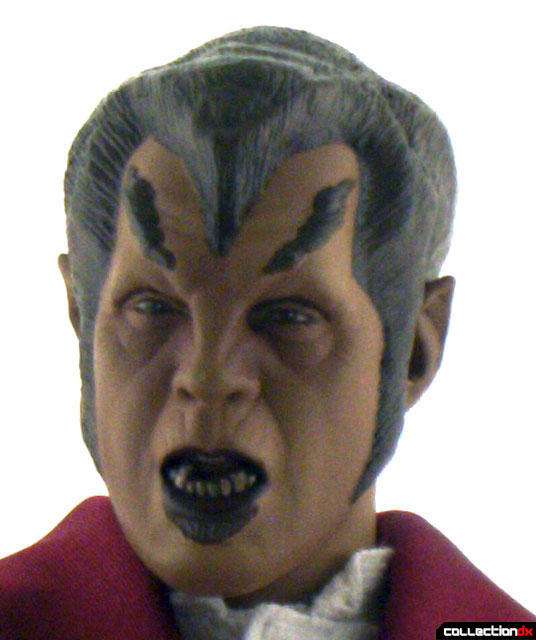 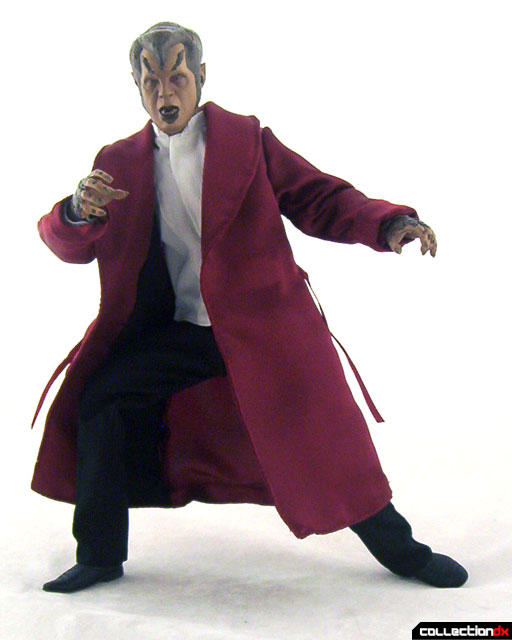 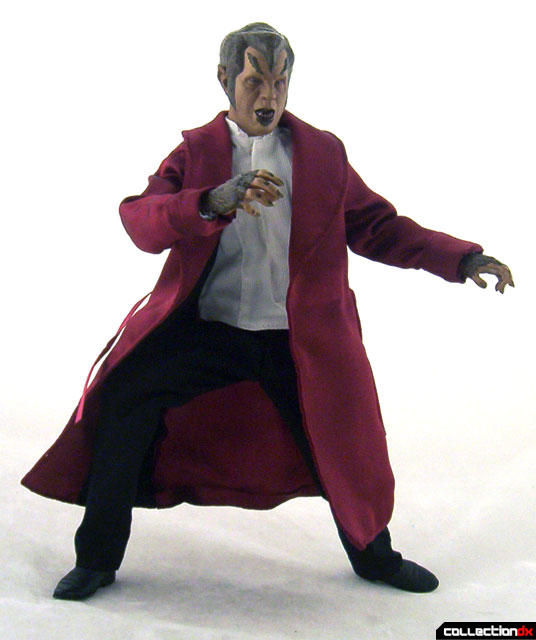 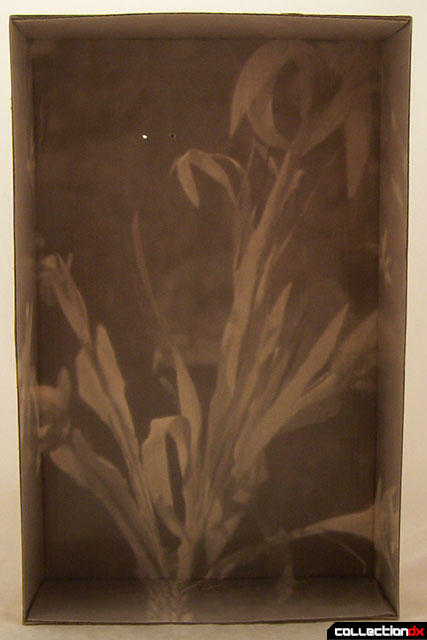 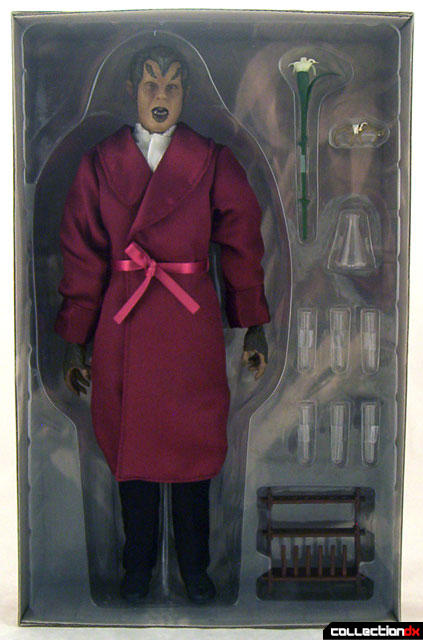