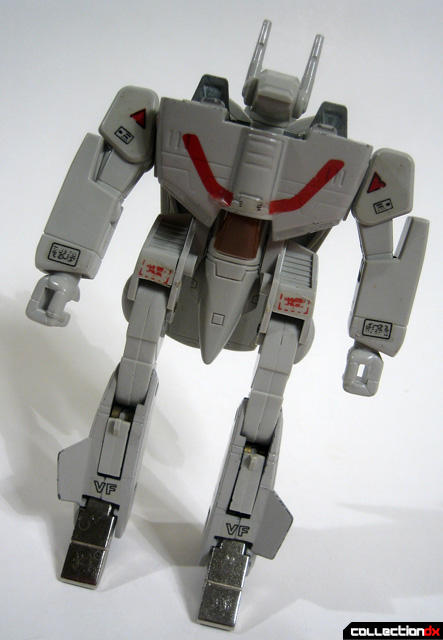 It seems like every kid on the block had one of these Macross Valkyrie VF-1J Bootleg figures in their toy-box. This VF-1J was one of the many inexpensive toys that were easily available at the local swaps meets and 99 cent stores and was perhaps one of the most popular bootlegs available during the early 1980s. 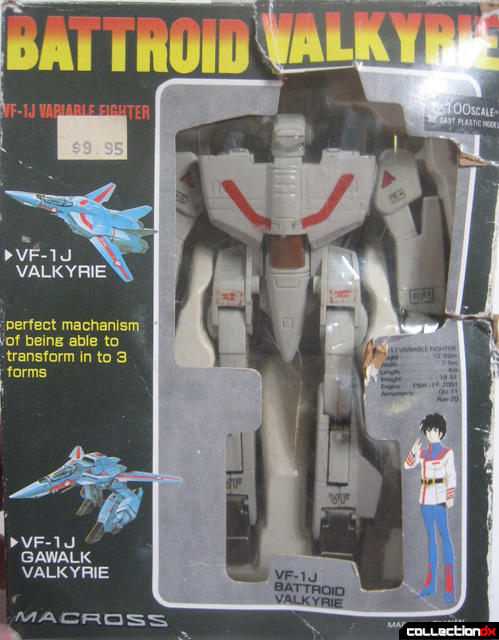 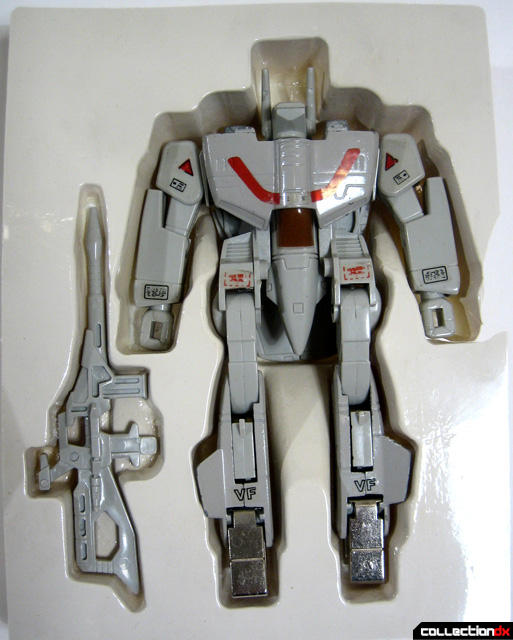 If one wanted to find obscure Japanese toys, besides Japanese specialty toy shops, the local swap meets were the place to go. The list of legitimate Japanese toys that I bought at these swap meets is endless and I still own many of these toys in my collection today. The swap meets were also a place where many bootleg Japanese toys were sold. Many of the Go-Lion bootlegs that are available today originated during this “Swap Meet Chogokin” era. 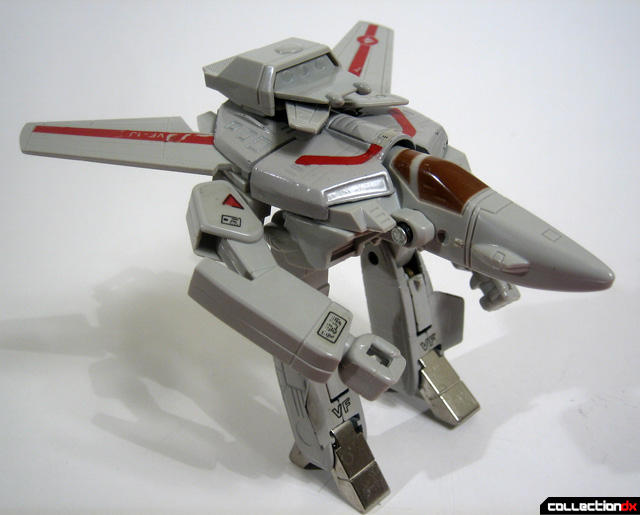 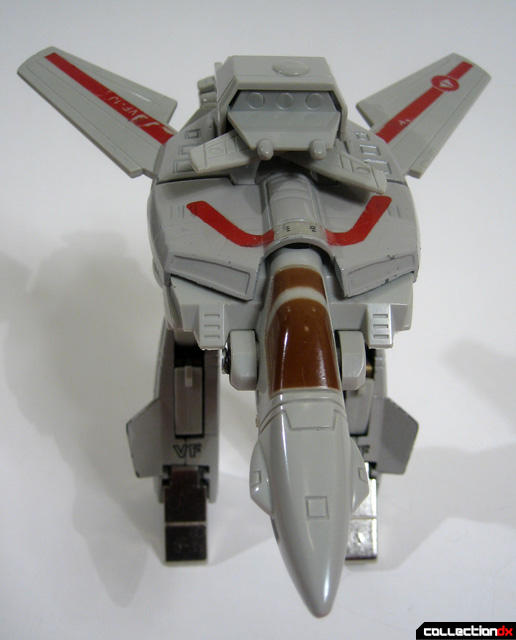 With many Macross / Robotech Valkyrie toys being difficult to locate or expensive to purchase, it was no wonder this bootleg Valkyrie was as popular as it was. I do believe this was a recast from the small scale Takatoku Valkyrie that was available at the time as I remember owning a VF-1A Hikaru from Do You Remember Love? in this scale. Even the box is a not so subtle nod to the Takatoku packaging. 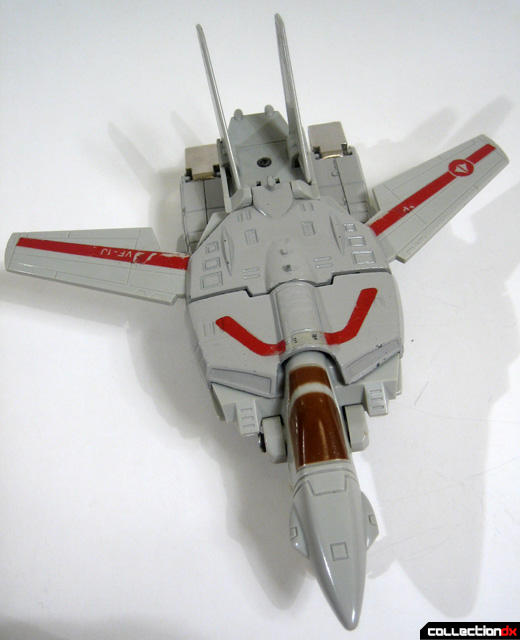 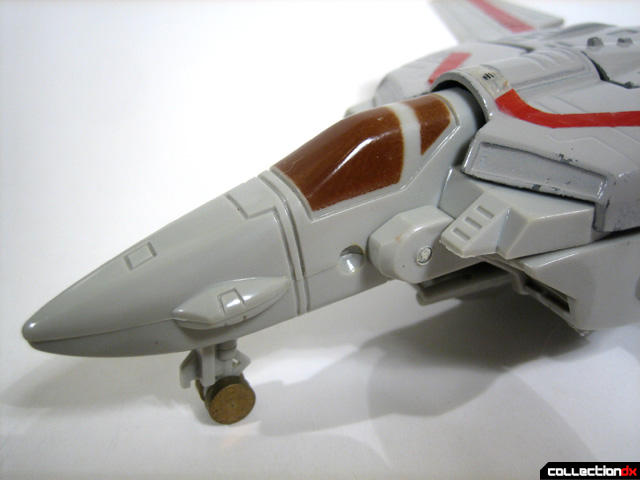 Although it was a bootleg, this toy was fairly well made. Many of the parts were die-cast metal, good plastic was used and the articulation was decent considering it was designed in the 1980s. Metal parts include the chest and back area, the legs, feet and wheels. Most importantly it was fully transformable from Fighter, Gerwalk and Battloid modes. If you own one of these be extremely careful of when transforming this figure as it has weak shoulder hinges, as my original toy easily broke in the shoulder area back in the 1980s. 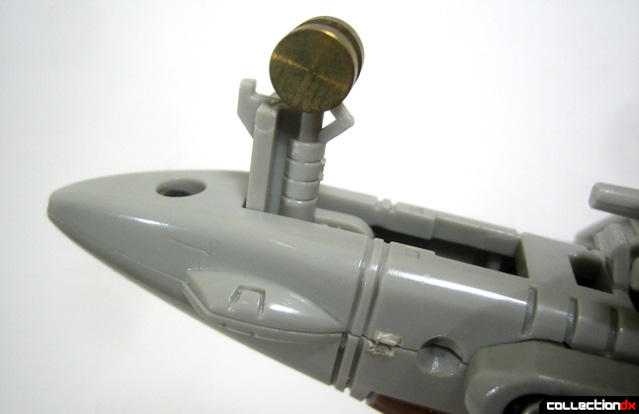 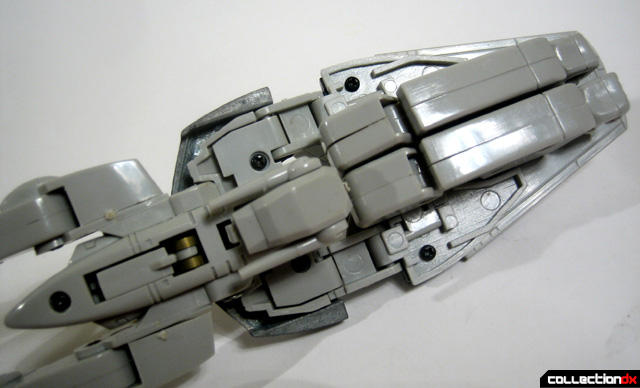 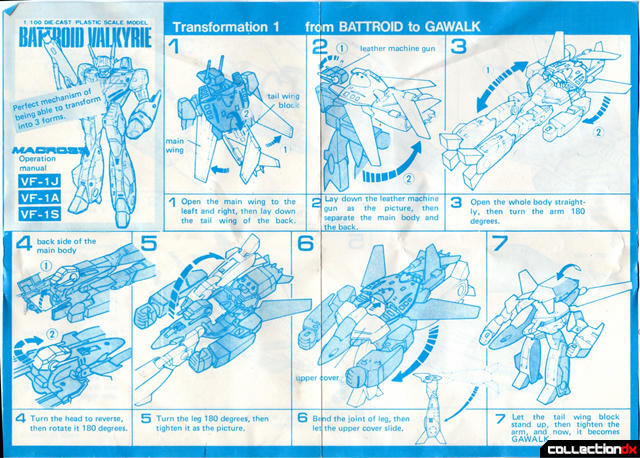 I wish the color was more of a white color, like the VF-1A DYRL Hikaru but it seems very standard compared to the Takatoku releases at the time. Transformation is standard but the hands do not telescope into the arms. The head turns and antennas rotate and the head shape is very accurate but I had wished they had included some sort of visor details, as it is very plain looking. 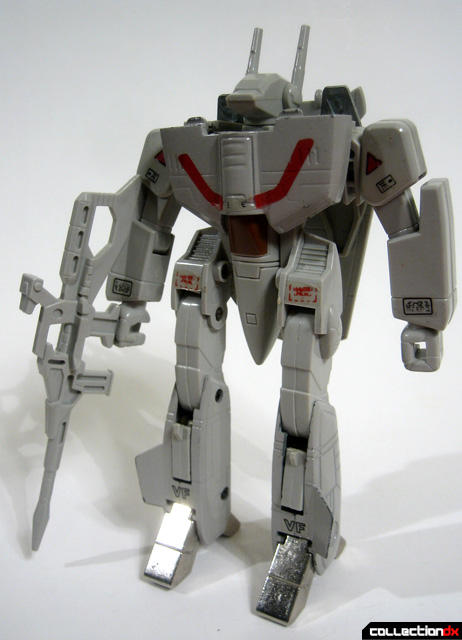 The worst accessory to this figure is the laser rifle, which appears to from another toy. It just looks so wrong! If anybody has a guess what toy it was from letting us know. It looks like it is something from Southern Cross but that is just a guess. The stickers are already attached to the figure and except for the out of scale red stripe flash on the chest, they are applied well. 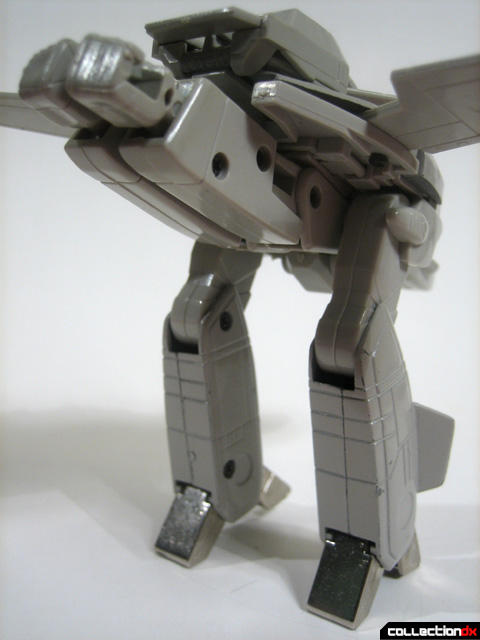 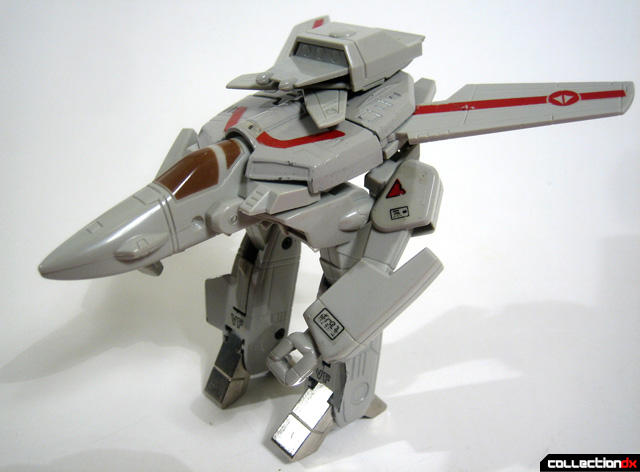 Next to the bootleg Go-Lion / Voltron figures, these VF-1J’s were some of the most popular non-licensed Japanese toys that were available in Southern California. A co-worker still had this boxed figure in his collection that he bought back when he was younger and sold it to me when he found out I wrote vintage toy reviews. I do not know how much these sell for these days but I’m sure a boxed C-10 VF-1J would easily sell for $60.00 today.

4 comments posted
The rifle is from Takatoku's

This was the first mecha toy that I ever owned, purchased at the Heroes World comic book store in Morristown, NJ. (I now live a couple of blocks from where it used to be.)

I remember that the Sausage Ranger rifle it had was really incongruous with the design. Loved that thing.

The one you have pictured here is in surprisingly good condition. Tommy Yune has one at the Harmony Gold offices that is severely yellowed.

Thanks for the reply. The previous owner bought this valkyrie on a family trip to Solvang, CA in one of their local toy stores. He was a huge Transformers collector so it very much stayed in the box all these years until he told me about it. It's great to finally own another one as I really enjoyed the one I had as a kid. the gun on the other hand still bugs me all these years later!