Really digging that Ultimate Madoka statue? Can’t afford to shell out the hundred plus bucks for it? If you don’t mind downgrading size and quality, there’s a good substitute for the girl who became god - not to mention her best gal pal.

I’m talking about the Ultimate Madoka trading figure! Other bonuses? You don’t have to worry about finding a place to store that giant box.

Here’s her tiny packaging, as well as final Homura: 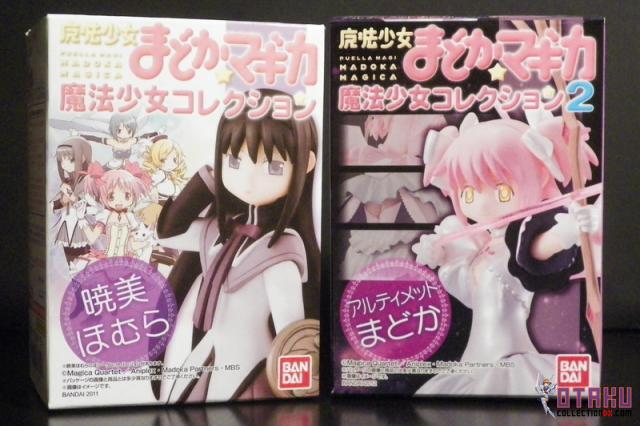 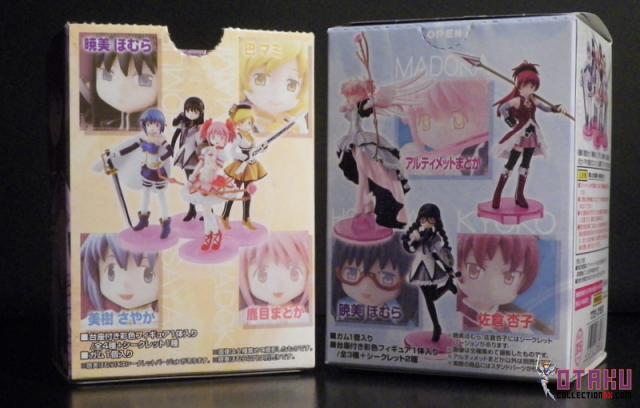 Let’s start with Madoka. Here are her pieces - closest of which is dat skirt. 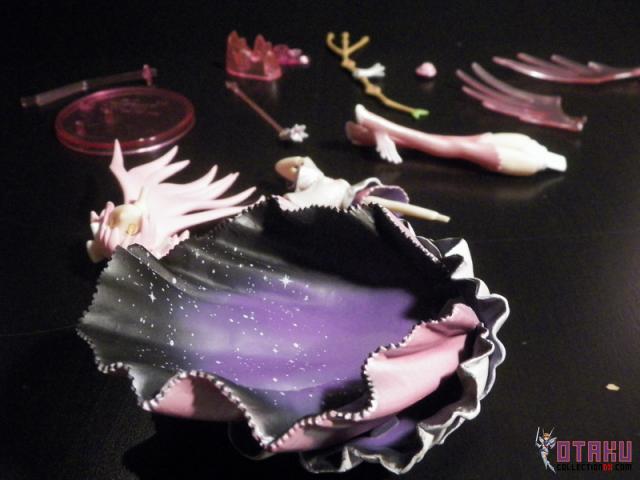 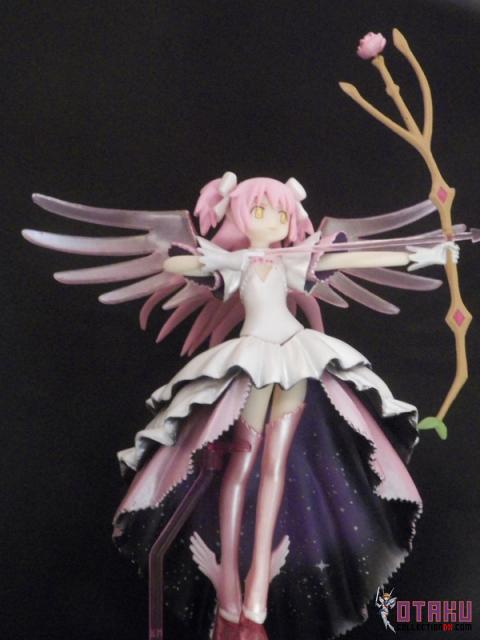 Putting this figure together is kind of a bitch. You really have to start from the base up, and even then, getting her hair between the wings is nearly rage-inducing. The tiny little rose on top of her bow is not the easiest thing to snap on, either; I was pretty worried I would break the bow if I tried to force it. 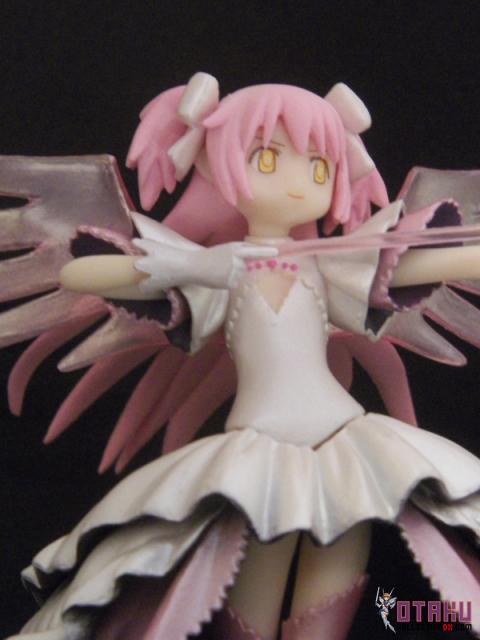 She’s a much simpler version of the statue; her detail, obviously, isn’t on the same scale. That said, the amount of detail they do cram into this tiny figure (from base to bow, she’s probably around eight inches) is pretty impressive. 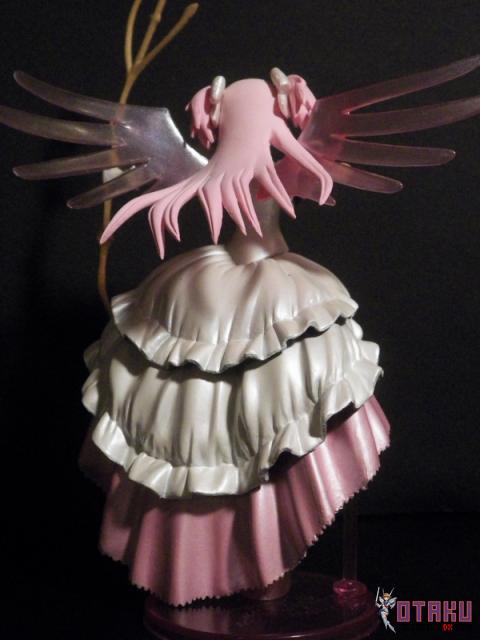 For me, the beauty of every variation of this figure is the skirt. From the front, it’s all kinds of magic and science - the grandiose nature of the universe and all its mysteries. From the back, however, you get a very different picture. The back of that skirt is ball gowns, princesses, beauty. Quite a complex message for one piece of clothing, but very reflective of the duality of magical girls. 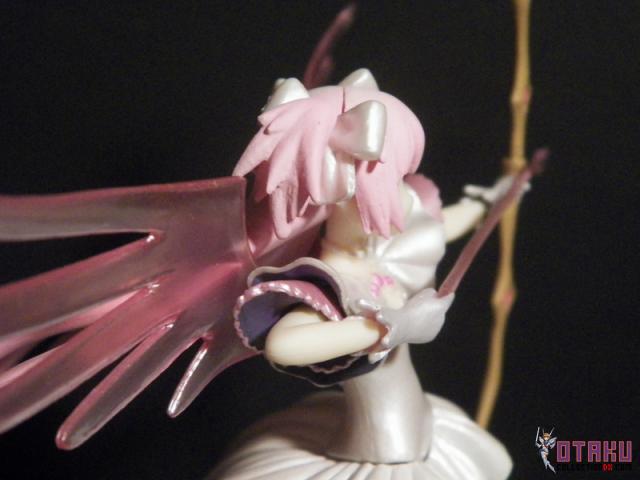 This angle tells you everything you need to know about what’s lost from statue to trading figure. There are rough edges all over her hair, uneven and gaping seams, and you can even see just how much her parts don’t fit together underneath that glove. 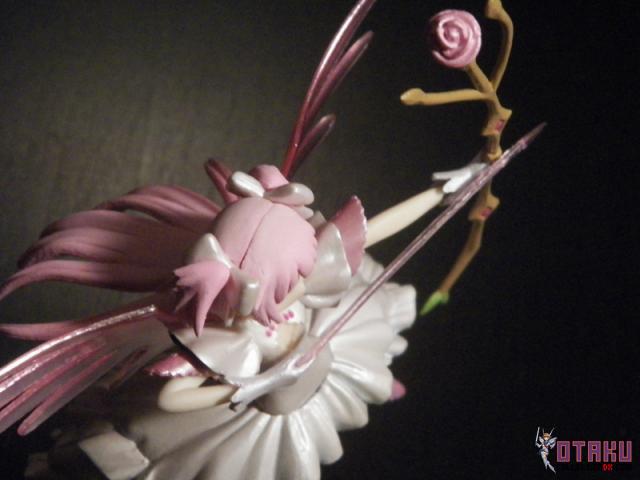 Her rose is surprisingly pretty. While her hair has a nice wave to it, her arms are entirely void of the tension in the statue. This Madoka is posing for a picture; that Madoka is saving the world. 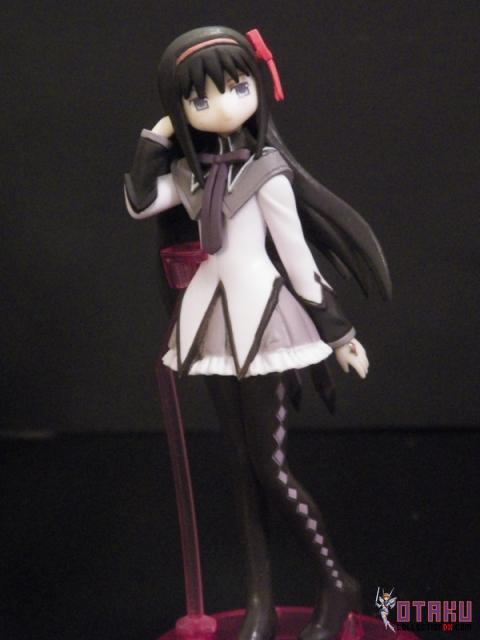 Homura was much easier to assemble. As you can see, this is Final Homura; she sports Madoka’s ribbon. 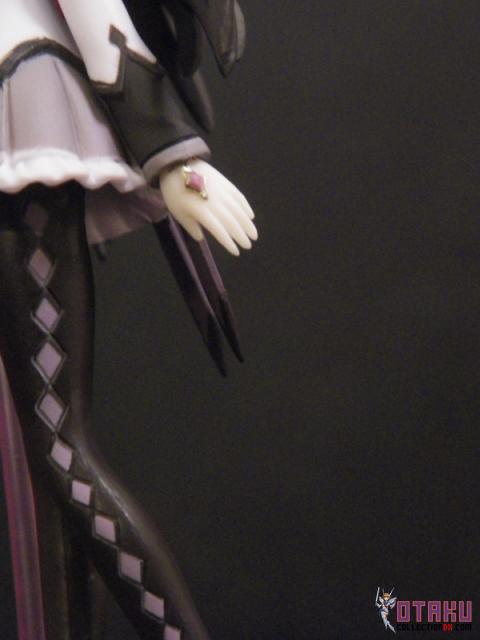 My favorite parts of this figure? Her legs and the gem in her hand. 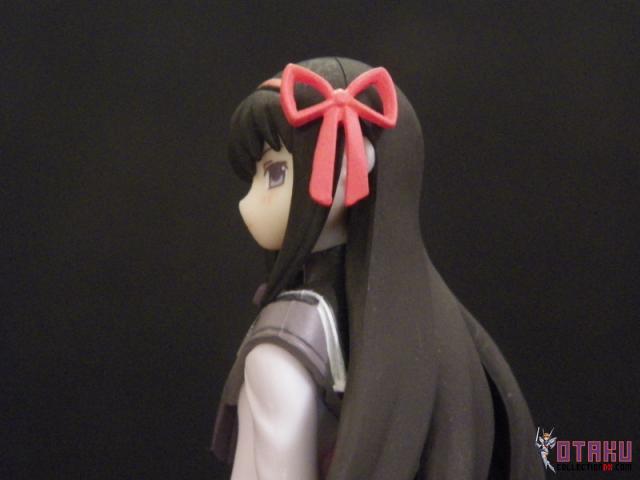 Of course, the bow is lovely, too. 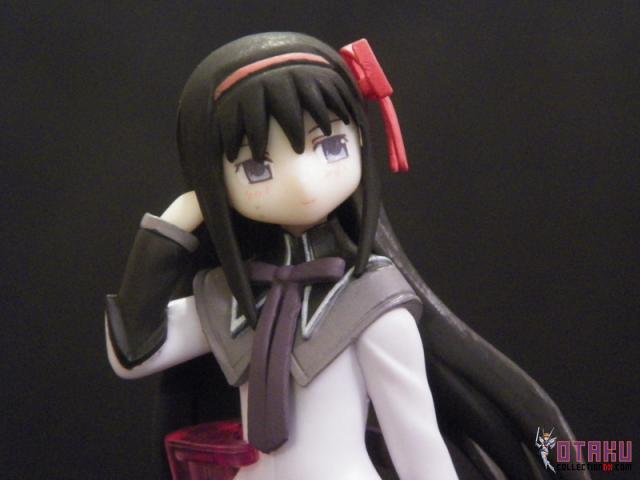 She has the faintest hint of a blush. 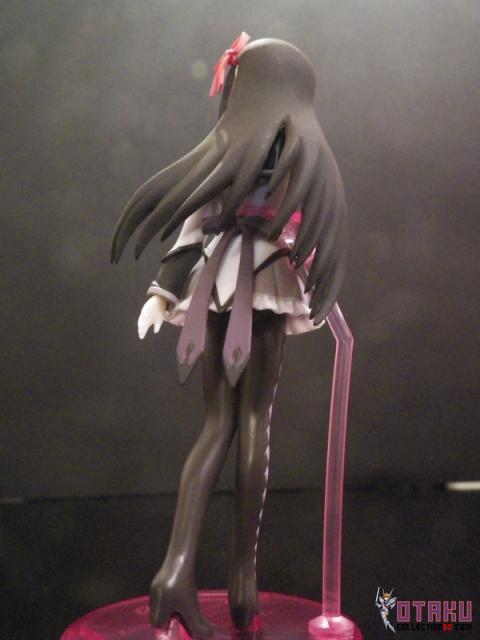 From the back, you can also see the very dramatic bow.

Now let’s put them together. 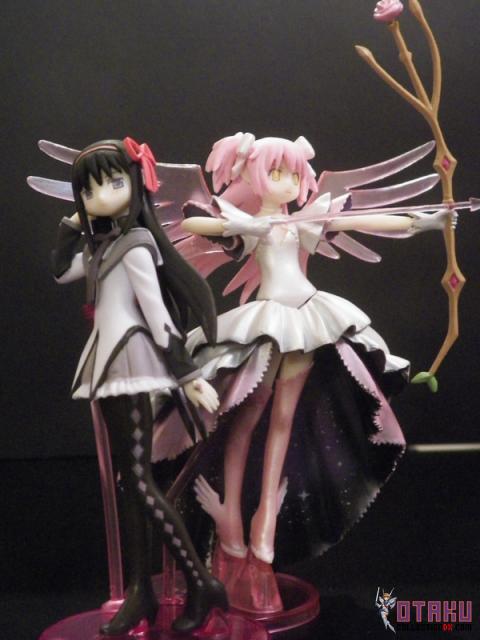 I like how, in the end, they are a complete reversal of how they began. Madoka is the warrior, while Homura blushes and plays with her hair. 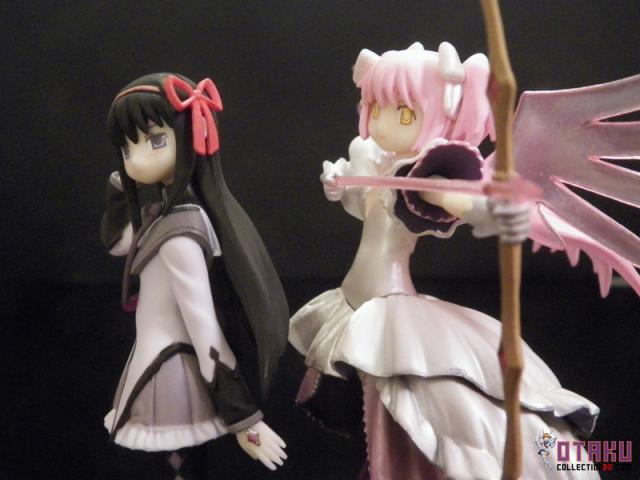 Final Homura comes with one other extra piece. 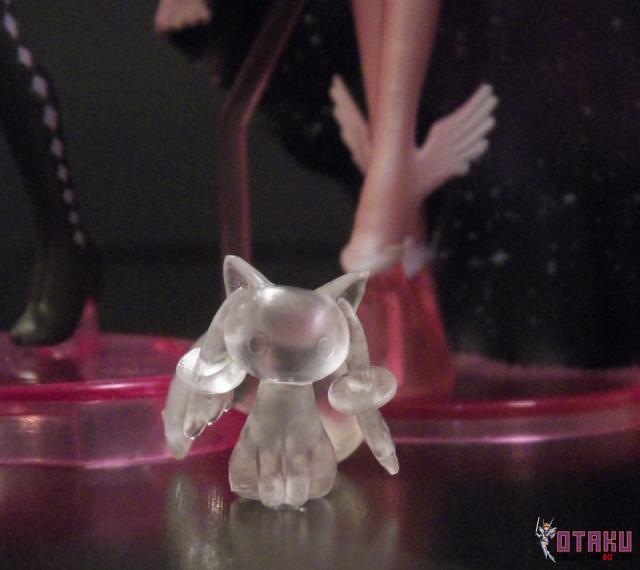 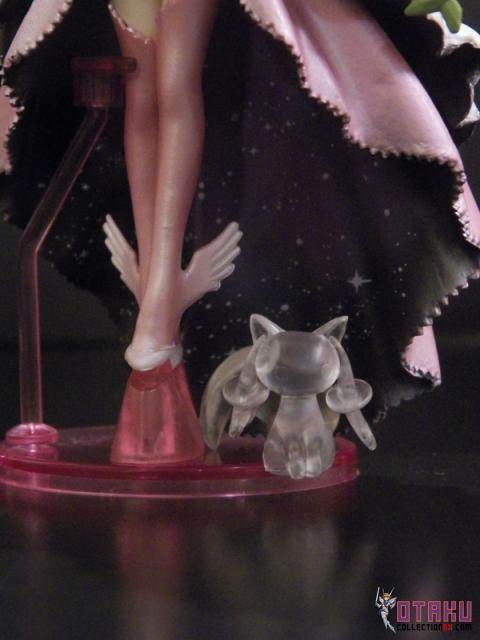 It seems fitting he’d hide in Madoka’s skirts, doesn’t it?

All in all? Very pretty, if not flawed. Not a bad stopgap until the full-size one arrives.