Mezco Toyz has found success in creating a high-quality line specifically tailored to 1:12 scale collectors. Having acquired the rights to create Marvel/DC most beloved characters in their own image, it was met with a lot of awe and zeal.

At New York Comic Con 2017, they unveiled an exclusive that has been on the wishlist of every die-hard Marvel fan. That figure is being reviewed today...Tiger Striped Wolverine! 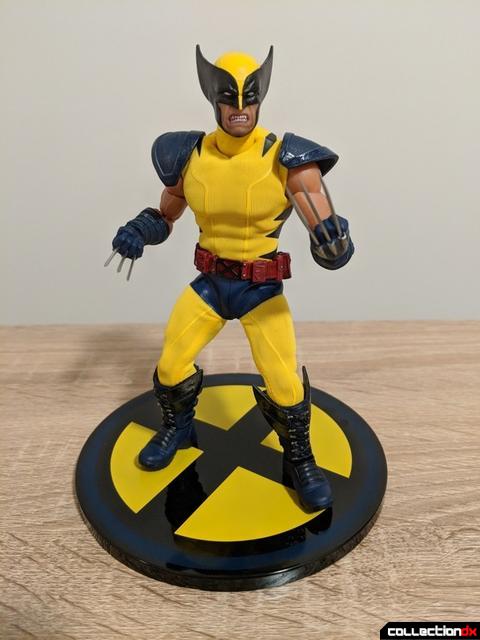 The sculpt on this figure is utterly fantastic. Mezco is known for taking a familiar look of a character and put a real world spin on its design. For Wolverine here, you can see the familiar yellow and blue color scheme that was predominantly used for his costume in the 90's X-men comic series. But Mezco also added cuffs to the gloves and laces to the outline of his boots. The detail taken in this figure is amazing. The figure is also scaled nicely and stands slightly shorter than other 1:12 scale figures (Wolverine is a short character in the comics). 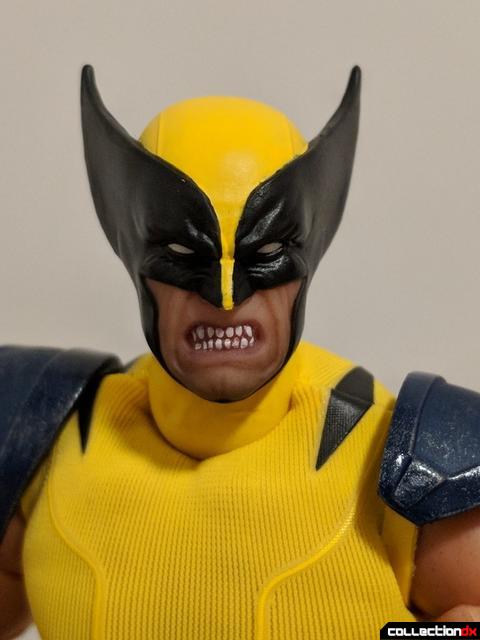 The figure comes with an assortment of hands and heads along with a mask accessory (which I'm not sure of its usefulness but its nice as a display piece). 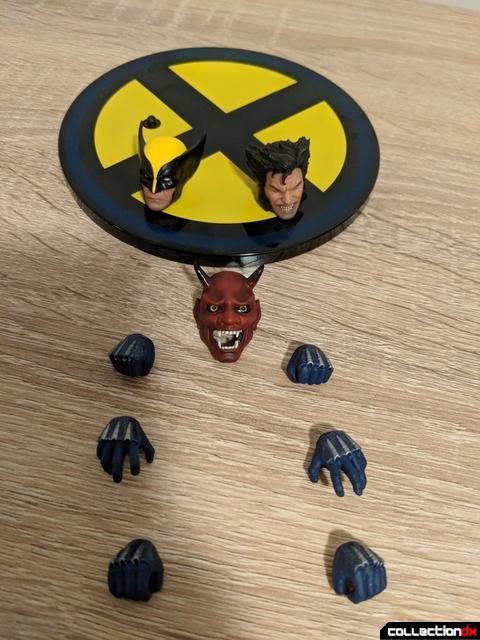 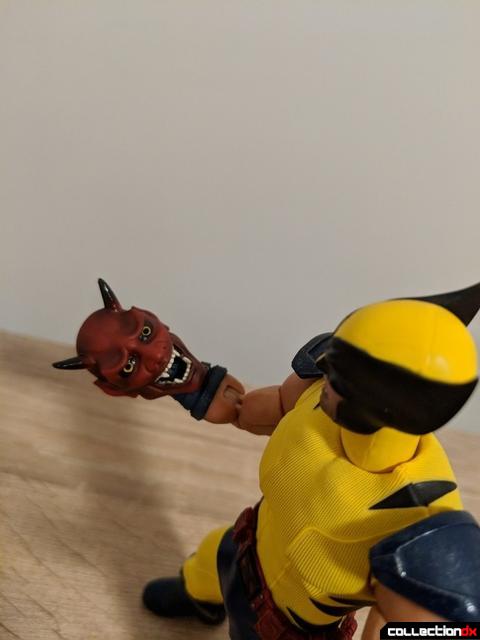 The adamantium claw hands are great as they made out of soft plastic but holds its shape so there is no warping here. 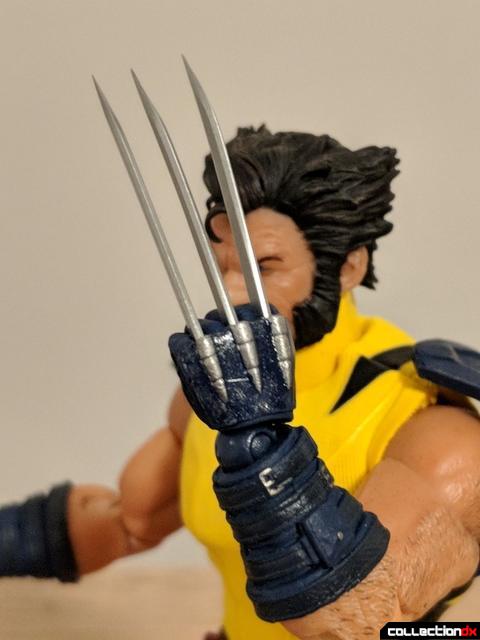 The heads are excellent too and even comes with an unmasked head of Wolverine (Logan). Paint apps are spot on. 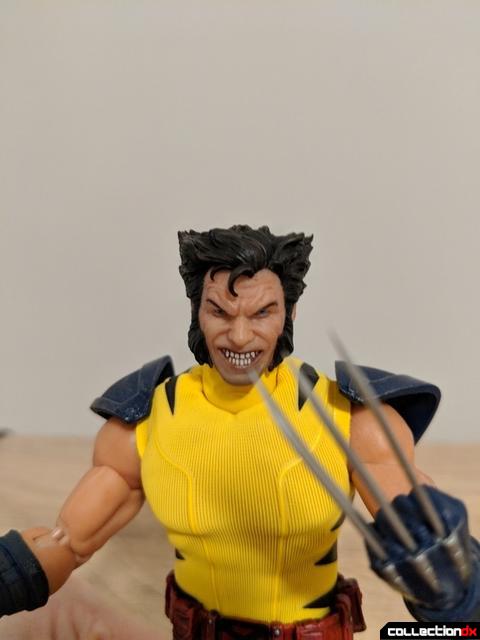 If there was anything to gripe about, I didn't enjoy the use of vinyl in the crotch area of Wolverine. 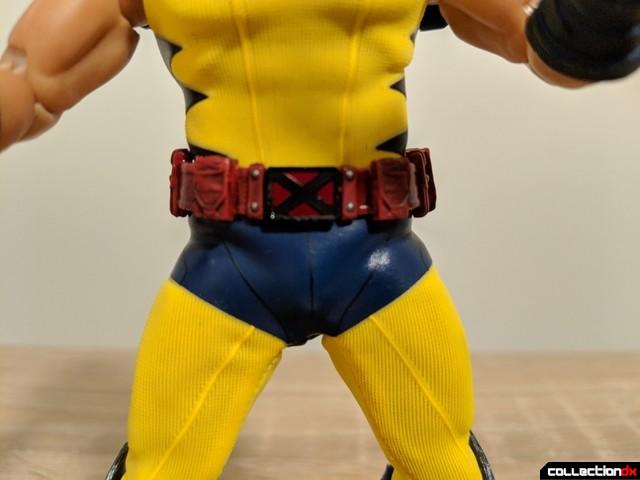 I feel the material can tear/wear out easily with time and posing. I also did not care for the shoulder pads used which I found falls off quite easily if not careful.

Articulation wise, the figure has tight joints and comparable to typical Marvel Legends figure. Double hinged arms/knees, diaphragm joint at the body allows for good posebility. One particular issue with the figure regarding articulation is with its ankles. There is little to no ankle pivot with limits some of the posebility of a figure like Wolverine when you need it in a full-on crouch position. 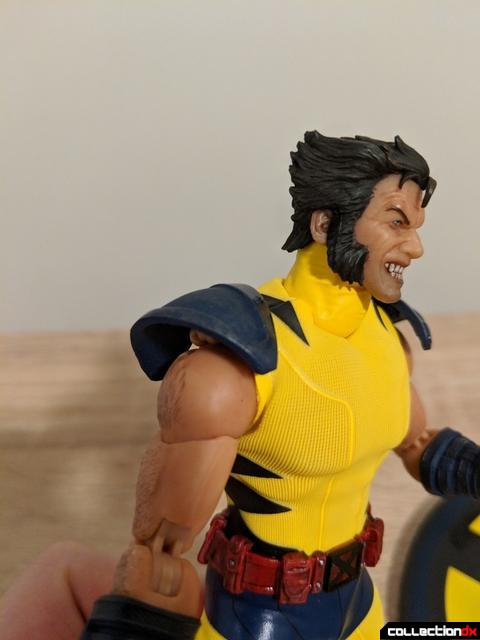 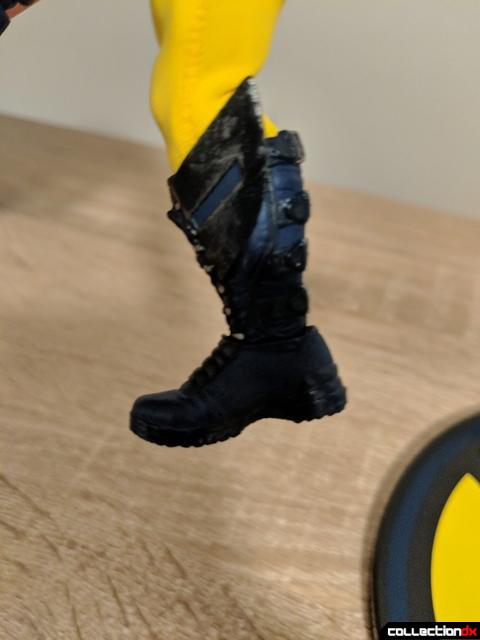 Yet with the excellent sculpt and design, flawless paint app, three different portraits, interchangeable hands, Marvel Legends-like articulation, this figure is a winner and one of my personal favorites in my collection.