Tie Bombers are the prime assault bombers of the Empire. In traditional attacks, Tie fighters first soften up the target, and then the Tie Bomber's come in and finish the job. Their sophisticated targeting sensors enable them to hit specific targets without damaging the surrounding area. This allows them to disable vital areas so that Imperial forces can take control of the crippled vessel or space station. Tie Bombers carry a heavy and diverse payload that allows them to not only attack ships and stations but also perform ground bombing and mine planetary orbits. In The Empire Strikes Back, Tie Bombers are deployed to locate the Millennium Falcon when it hides in an asteroid field.

Today I will be review Hasbro's 2002 release of Star Wars The Empire Strikes Back Tie Bomber.

As you can see, the Tie Bomber comes in a window box letting you get a good look at the bomber inside. 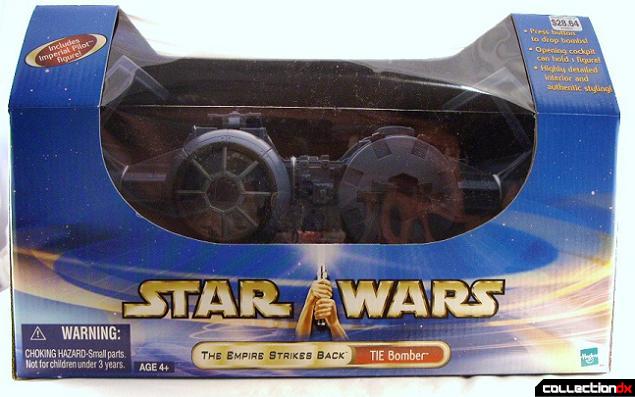 To start off with, Hasbro has made this toy out of really nice plastic, ABS and PVC. these materials married together really give the Tie Bomber a nice heft and sturdy feel.

The first thing you will notice about the Tie bomber has an unusual twin pod spaceframe. The left side pod houses the pilot's cockpit. The right side is the Ordnance pod which holds all ammunition and has a missile port on the front. Note the bomb chute at the bottom of the Ordnance pod (More on that later). I am hoping the following 8 pictures will give you the reader, a virtual 360-degree view of the ship. Please note the paint wear details. I think these pictures really give a sense of just how cool this ship is. 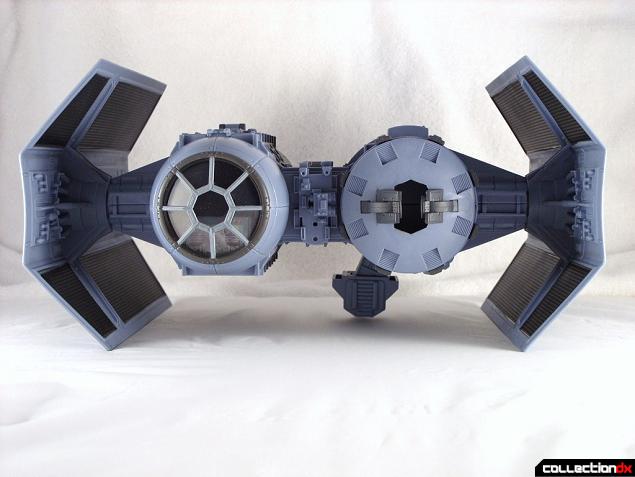 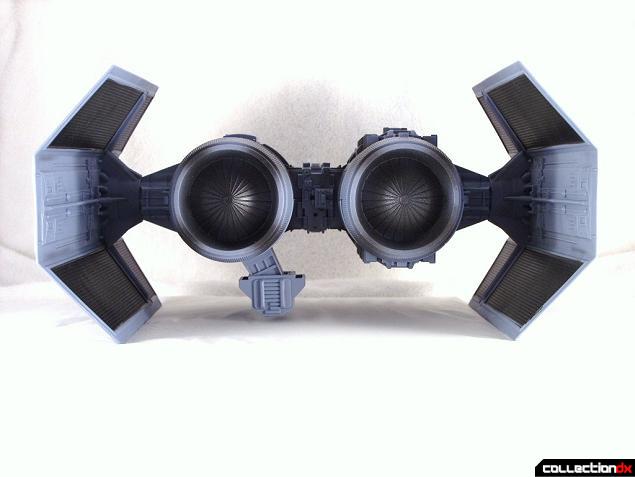 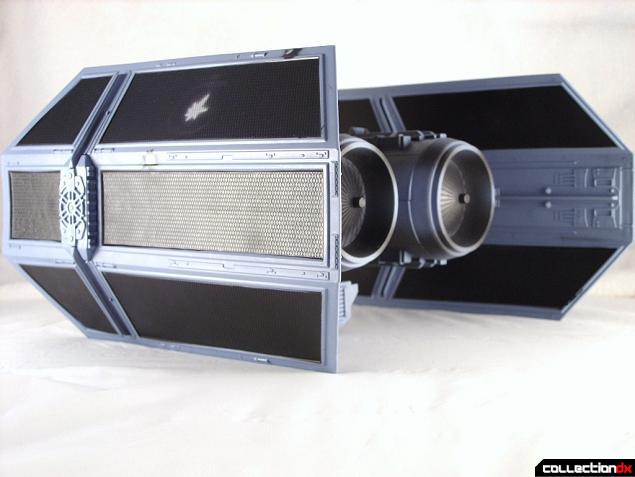 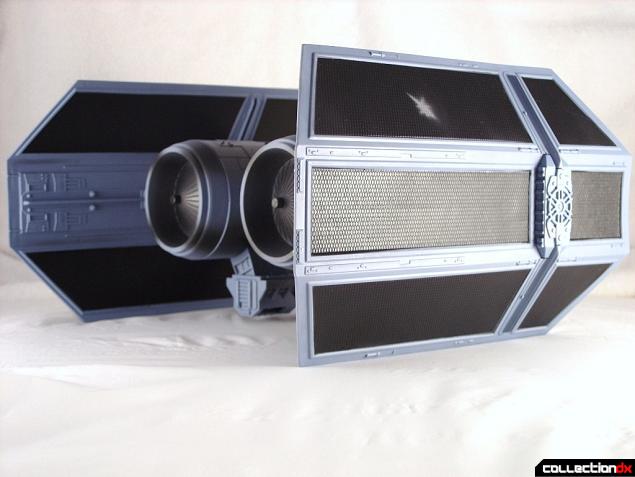 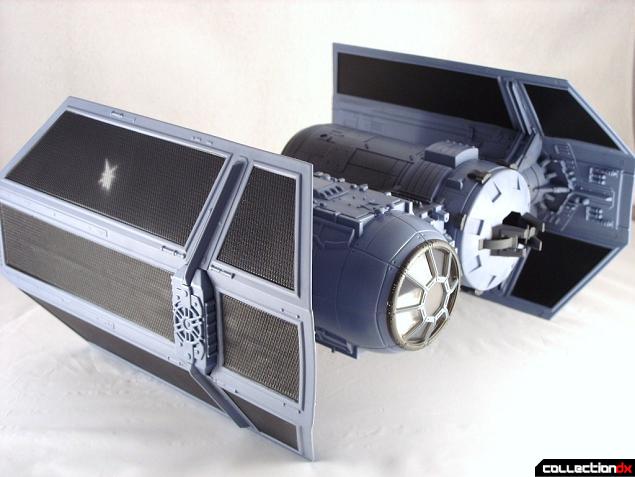 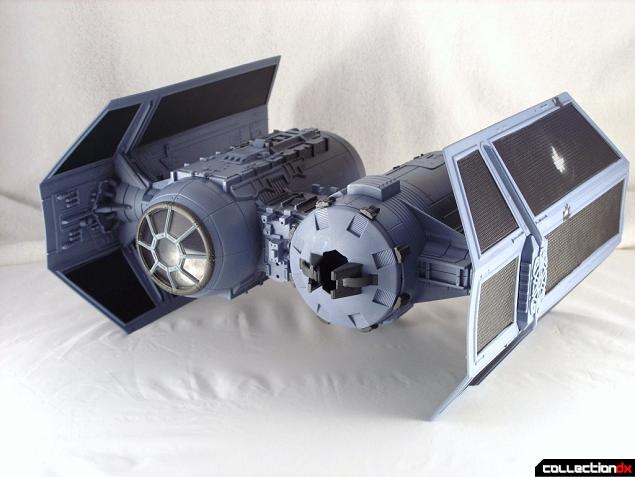 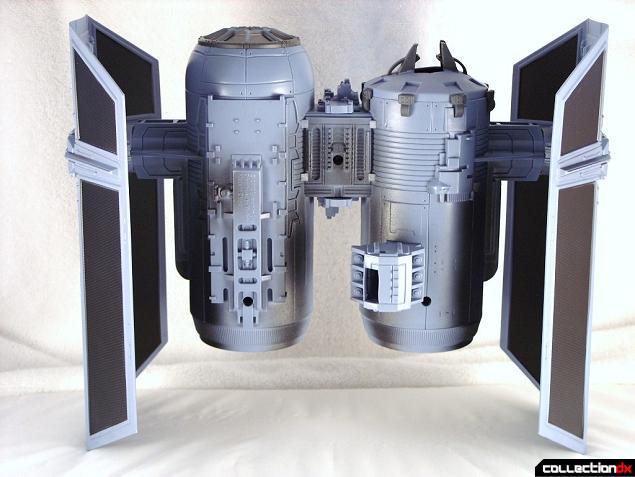 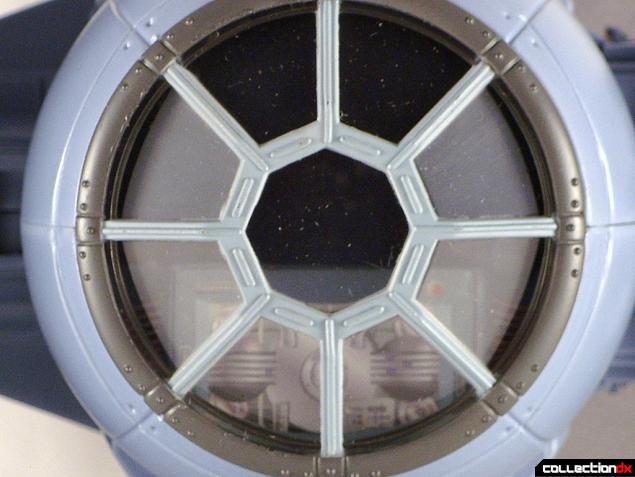 The next 4 pictures I want to show you the bombing action feature.

The first picture is the 3 High Yield Proton Bombs that are supplied with the ship. The bombs are kinda strange, they are a clear casing with a visible orange center. 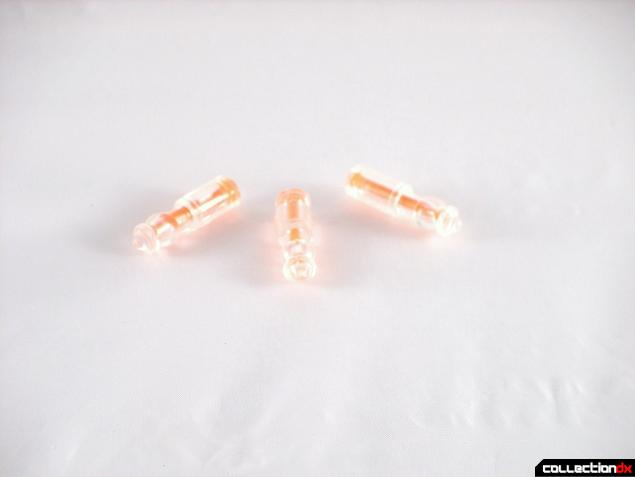 This second photo shows a hole located at the rear of the Ordnance pod. This hole is where you load the 3 supplied High Yield Proton Bombs. 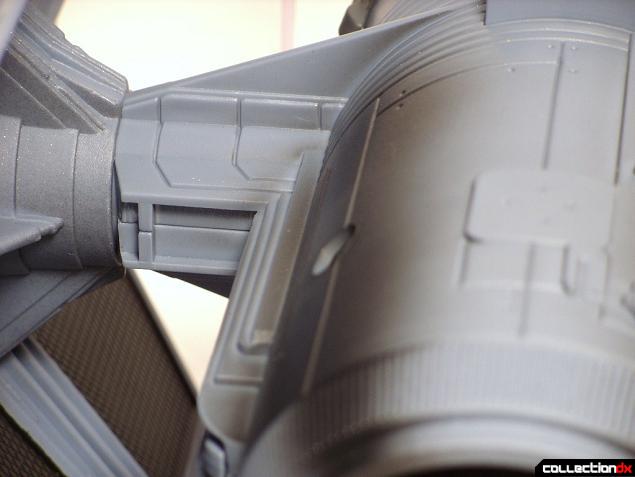 The third photo shows the button located on the front of the Ordnance pod. By pressing this button you can release one bomb at a time. 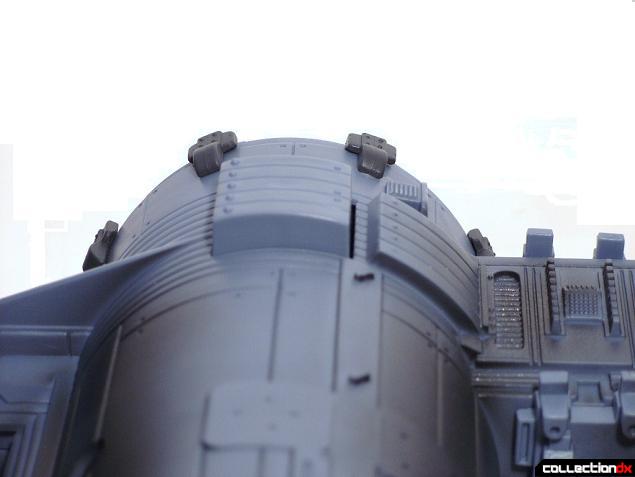 Finally, the fourth photo shows the bomb chute that I mentioned earlier in this review. 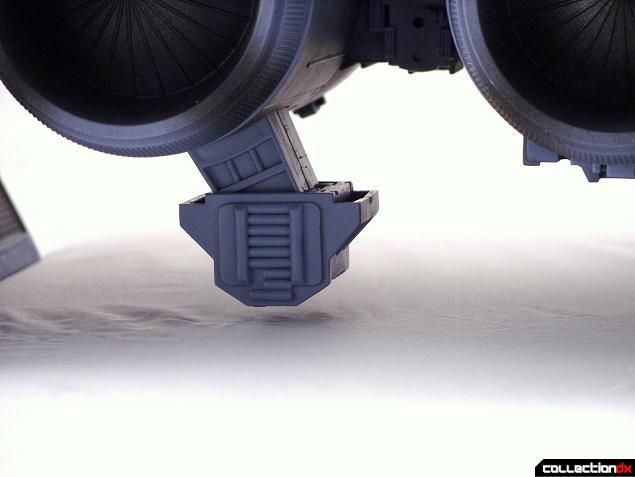 The last five photos I want to show you the cockpit and the pilot. The cockpit is adorned with stickers that add a nice detailed touch. The pilot has very limited articulation and is hard to get a detailed photo because of the black flight suit. Check it out. 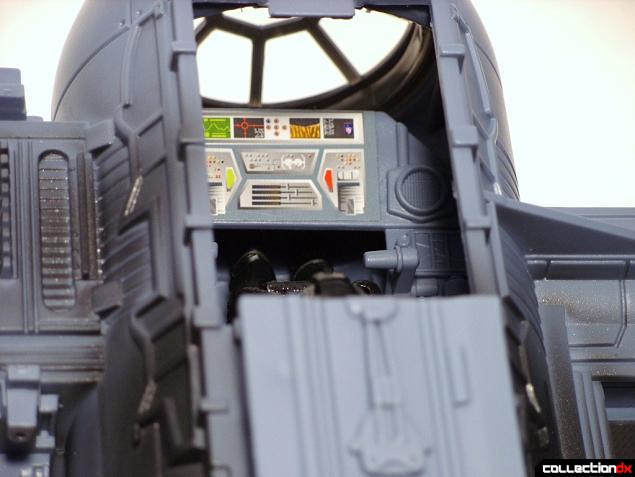 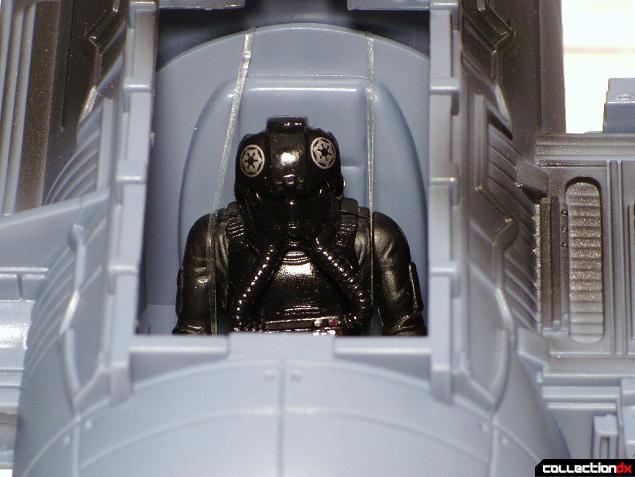 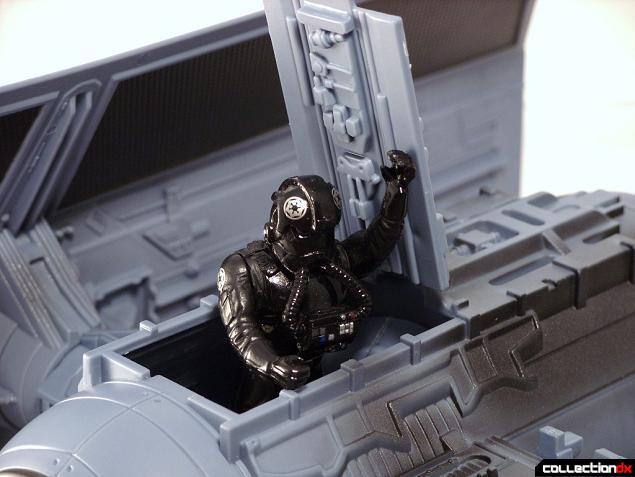 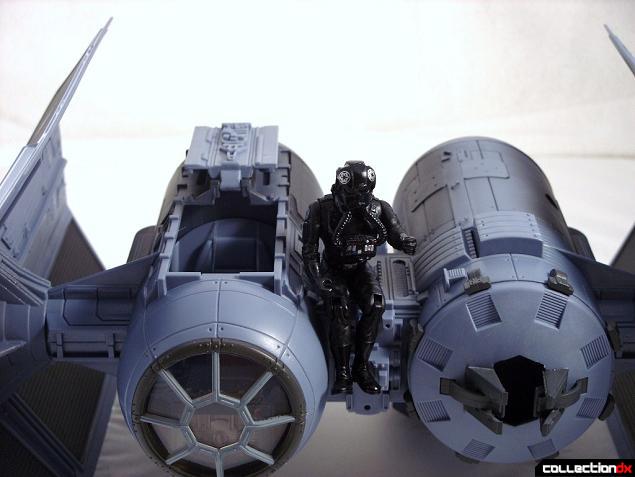 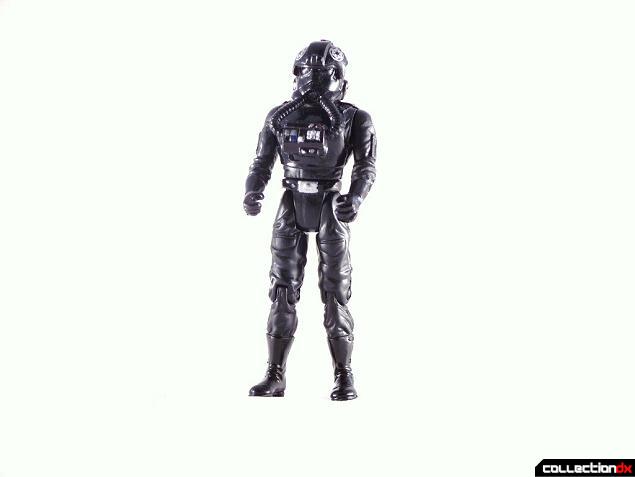 In conclusion, I like this ship and I think it represents this obscure Star Wars vehicle well. It's a nicely detailed, well made, sturdy toy. I feel the only shortcomings are the pilot's limited articulation and the fact the pilot has no weapon. Come on Hasbro, include a weapon with the pilot figure!

3 comments posted
Why's he need a gun or

Why's he need a gun or articulation? He's just going to sit in the ship.

I've had this toy in my closet for 6 years. Not to sound like a noob,but how should I go about hanging this from my ceiling without it falling?

Hi, I just feel that adding a gun and some articulation would give the toy more play value. As for hanging the toy for the ceiling, I use ceiling/drywall auger screw that accept a small hook after installation. It's very easy and affordable.