This accessory set was provided by Bluefin Tamashii and is available at Amazon.com.

"Effects parts" have become an increasingly integral part of modern action figures and their popularity has prompted many toy makers to produced stand alone sets that entice collectors and amateur photographers alike. Jmann already looked at Bandai's Impact Effect set which allowed his toys a chance to smash through the ground without needing the help of a sledgehammer. For this review I will be covering one of the Burning Flame sets which gives you the childlike joy of setting your action figures on fire without risking permanent damage. 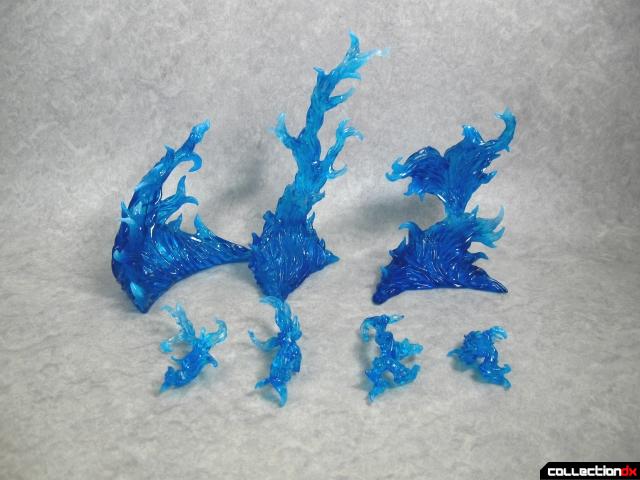 The set itself is quite simple and consists of seven pieces of PVC plastic flames cast in a cool translucent blue material. Size wise the tallest piece has a height of seven inches with the widest piece spanning about four across. Each part feels really solid and like it could take a beating during an intense photo session. 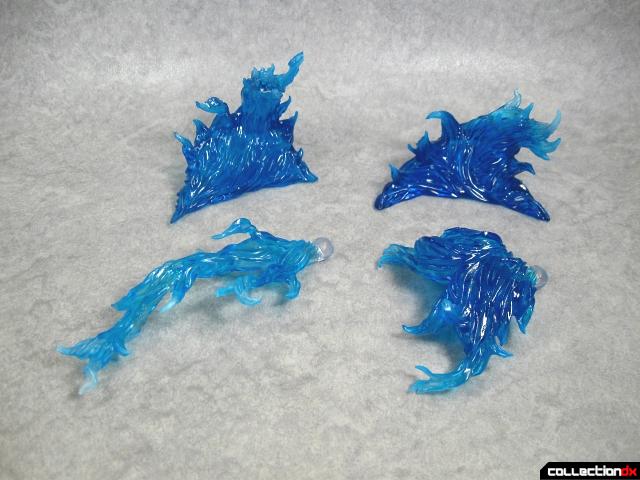 Two of the larger fires can break down even further thanks to a hefty ball-joint connection. Unfortunately the sockets are slightly different so you cannot swap one lick of flame onto the other. 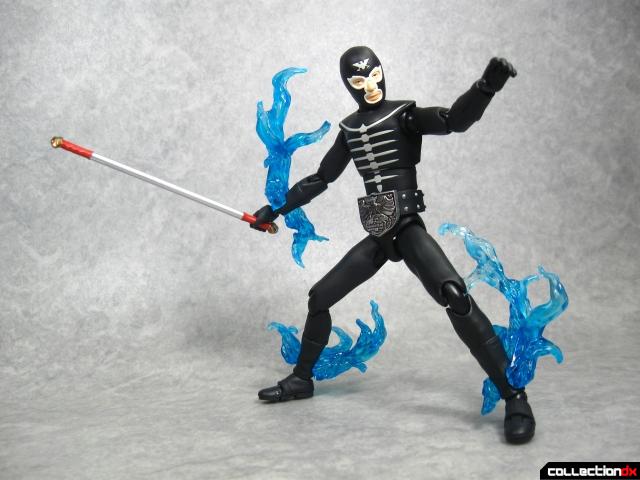 The four small pieces have little U-shaped cut outs meant to fit onto the limbs of 1/12 scale action figures. Of course how well they fit depends entirely on the toy you're using but they seem to be the most compatible with Bandai's own S.H. Figuarts figures. In general toys that represent actors in fancy costumes have the right shaped forearms and ankles to employ these flame parts. 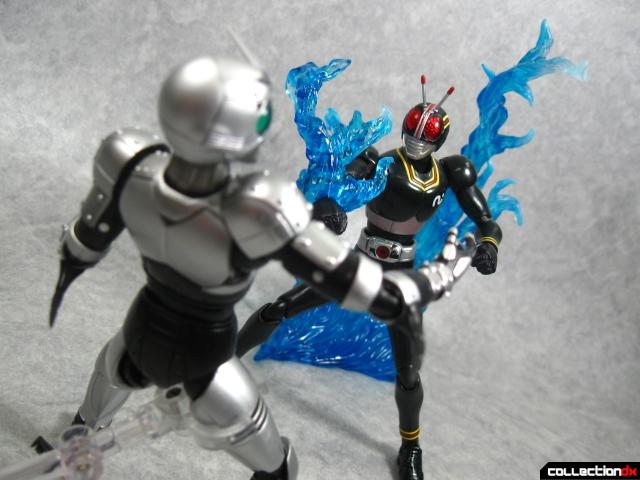 From there what you want to do with the Burning Flames is only limited by your imagination. Maybe you want to give your Rider Punch a little extra power when striking a bad guy. 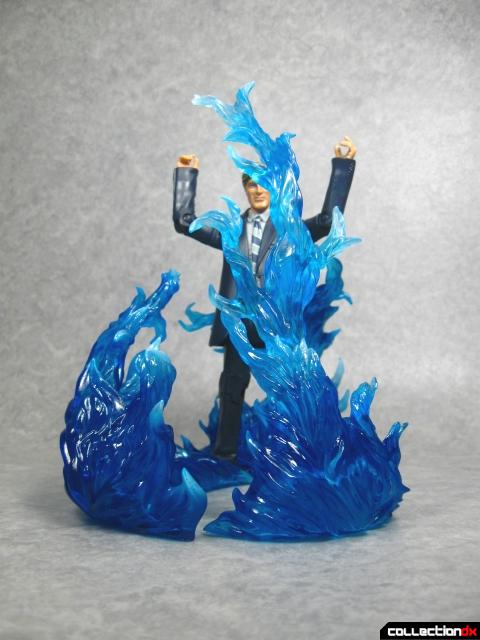 Or maybe you just want to watch the district attorneys burn...

I hope he doesn't get an ironic scar on his face. 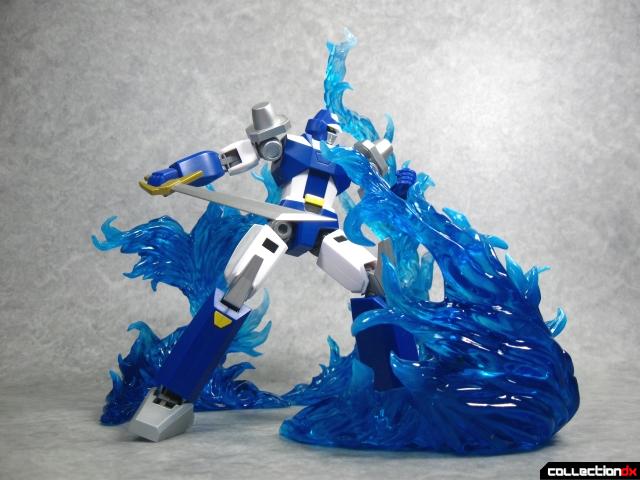 They work well with toys that are roughly four to six inches tall. 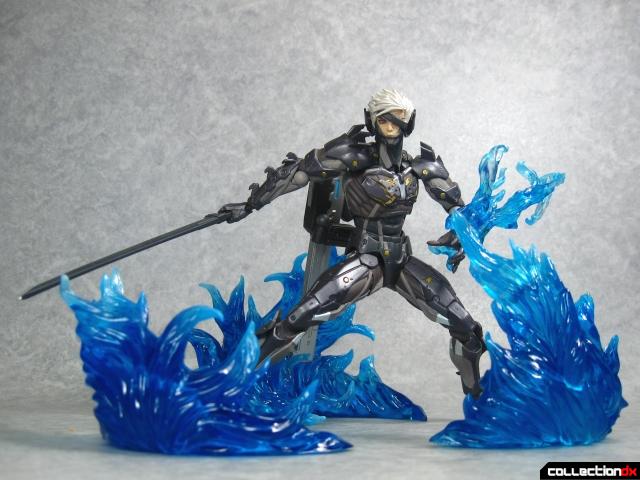 Flames are one of those things that follow the rules of nature. 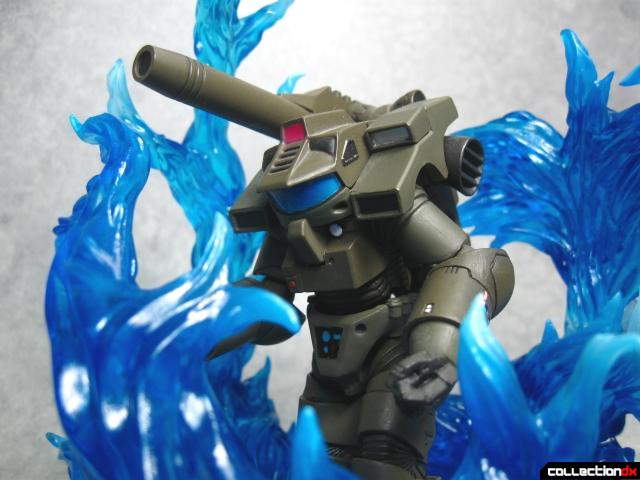 But they still can't stop the Mobile Infantry. 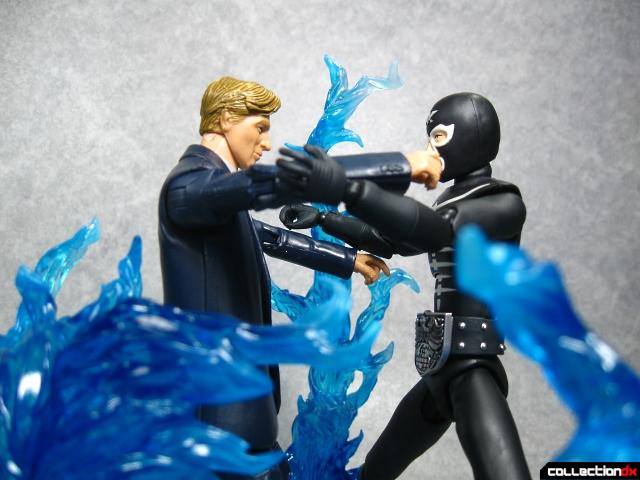 Mortal enemies locked in combat may ignore the flames. 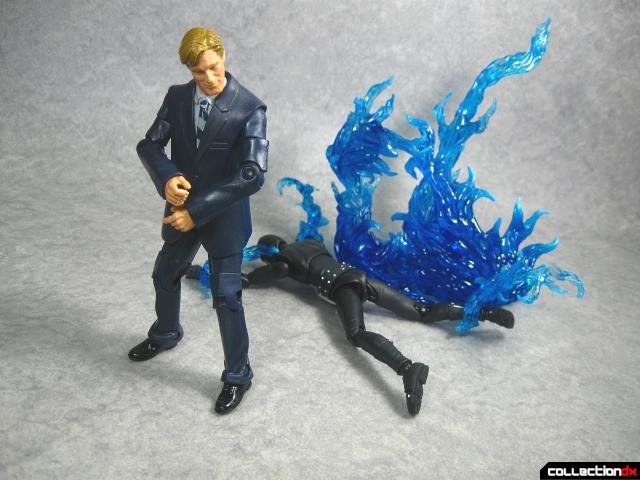 However, only the victor will escape their wrath.

Overall the Tamashii Effect Burning Flames are a cool piece of action figure related accessories. Bluefin Tamashii has made these available at several shops at the price of $21.99 USD. If you look around they can be had for as low as ten dollars and at that price this set is really great for spicing up your existing toys.

Thanks again to Bluefin Tamashii for providing this set which can be purchased at Amazon.com.

Make your figures suffer from a burning sensation to make them awesome!

...if they suffer from an ITCHING burning sensation, seek your dermatologist immediately.

It probably isn't Bandai's intent, but I find this product really funny. And blue flame too... now that's HOT!!

If you like playing with a camera with your Action Figures, Monsters or Gokin these things are awesome. Especially the red flame set. Although the blue adds some spectacular touches as well. With a bit of creative lighting you would not believe how much these make your figures pop and grab the eye.