The Super Robot craze of the 70s had toys in many forms. Diecast was king, but there were also plastic kits and soft vinyl toys. Soft vinyl (or sofubi) lent itself well to the rounder super robots, but when MECHA came long, some of them didn't translate so well.

The VF-1J Valkyrie Milla Type was one of several sofubi versions of Macross mech released by Takatoku in 1983. Horribly inaccurate, almost always warped, these guys have so much funk its unreal. A bunch were released in the line

They were sold individually bagged as well as a 4-pack. I think Milla was only sold bagged. 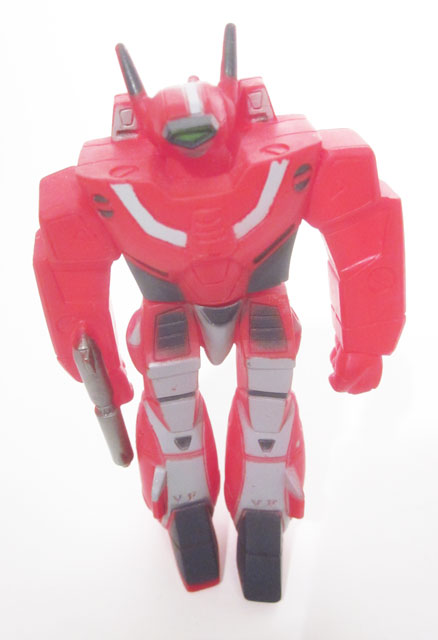 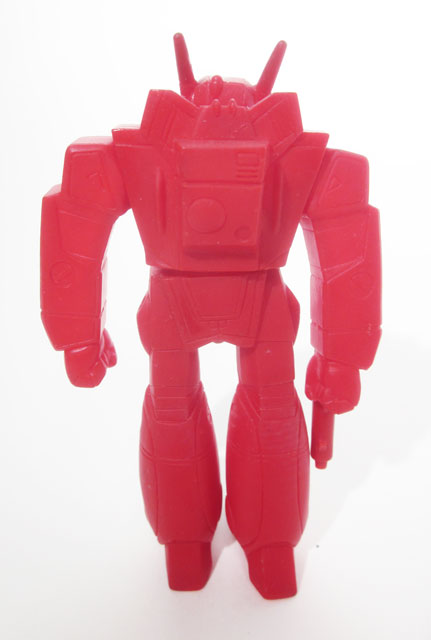 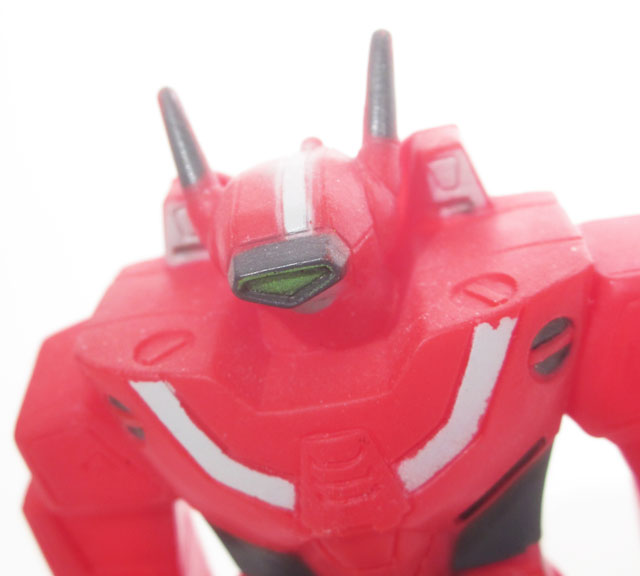 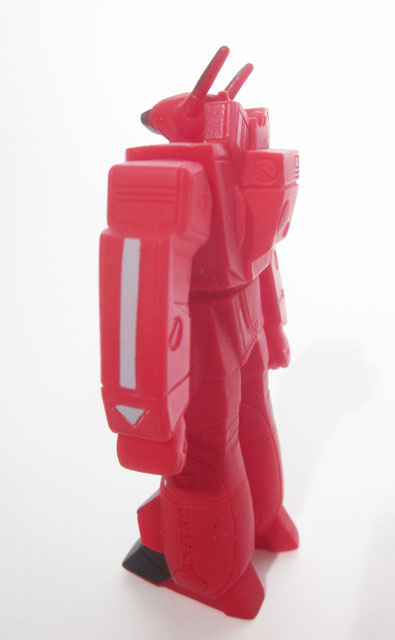 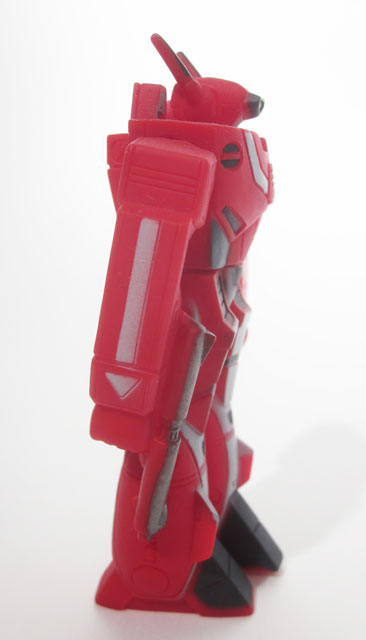