Saber Panther was the first of the Earth Granner toys to catch my attention. These are part of the Tomica line by TakaraTomy, but they are not connected to the previous robot series, Drive Head. These are larger and more sentai-like. The series only seems to have lasted a few years and a handful of robots, but I think these are fantastic and overlooked toys.

The overall idea of these toys is that there are at least two vehicles that combine to form a robot, and then special Tomica cars can dock in the chest and add light and sound effects. These cars are NOT included in the sets.

Saber Panther is the third robot in the line. I have no idea of its relevance to its media. I'm going in blind folks.

The box is quite sturdy thick cardboard and rather large. 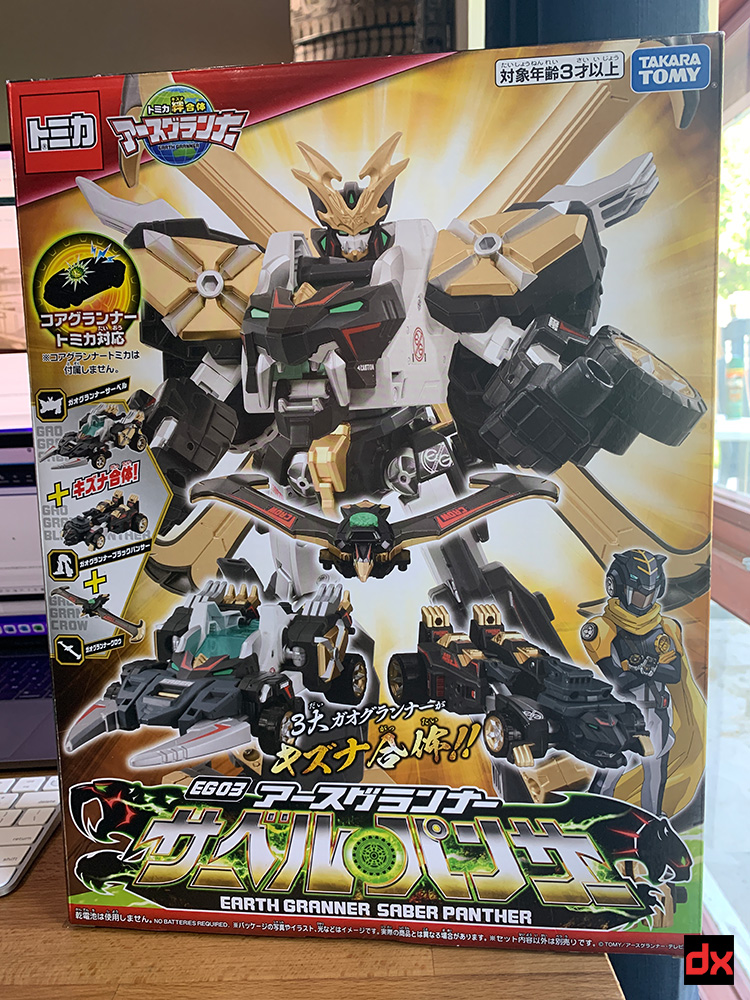 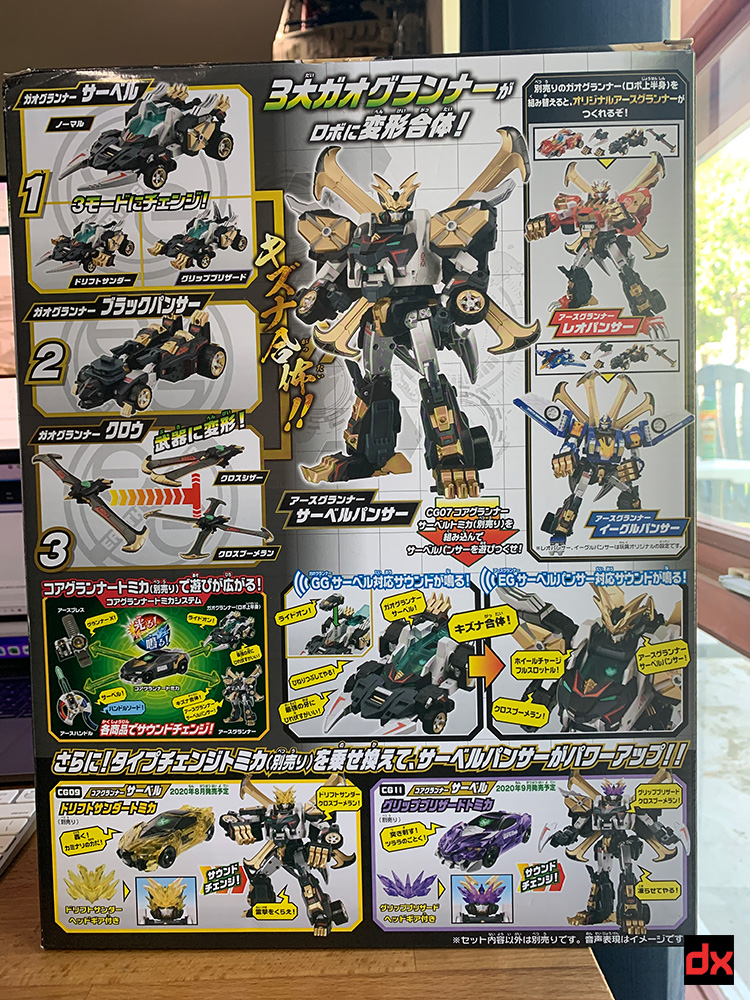 Inside, the two vehicles are strapped to a tray. 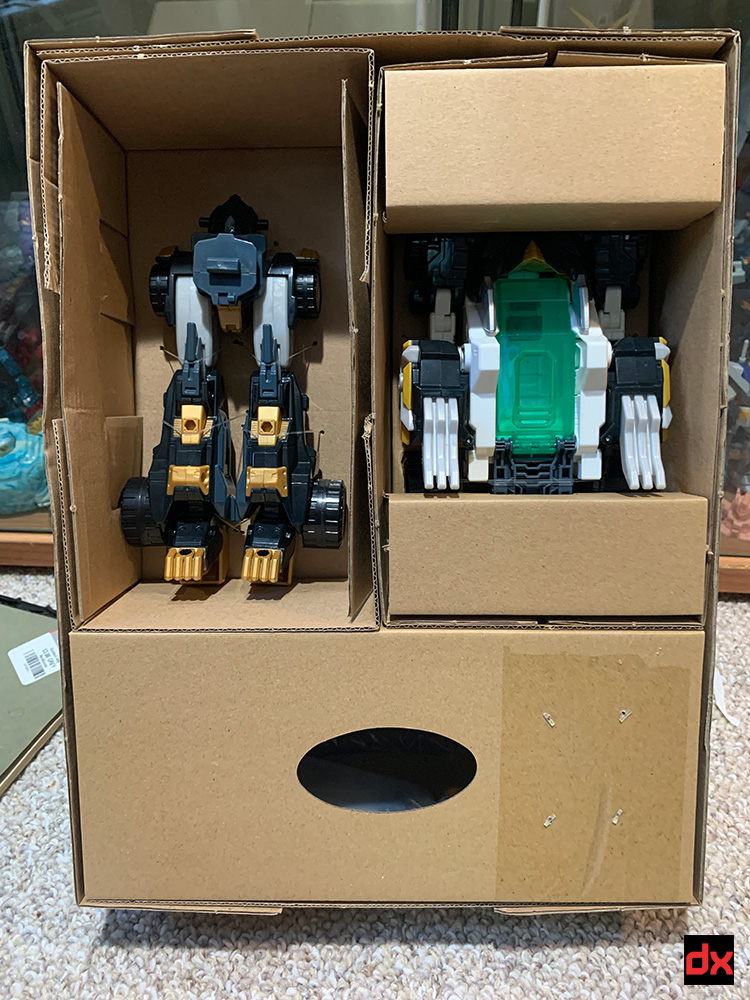 Tons of stickers need to be applied, which I love. 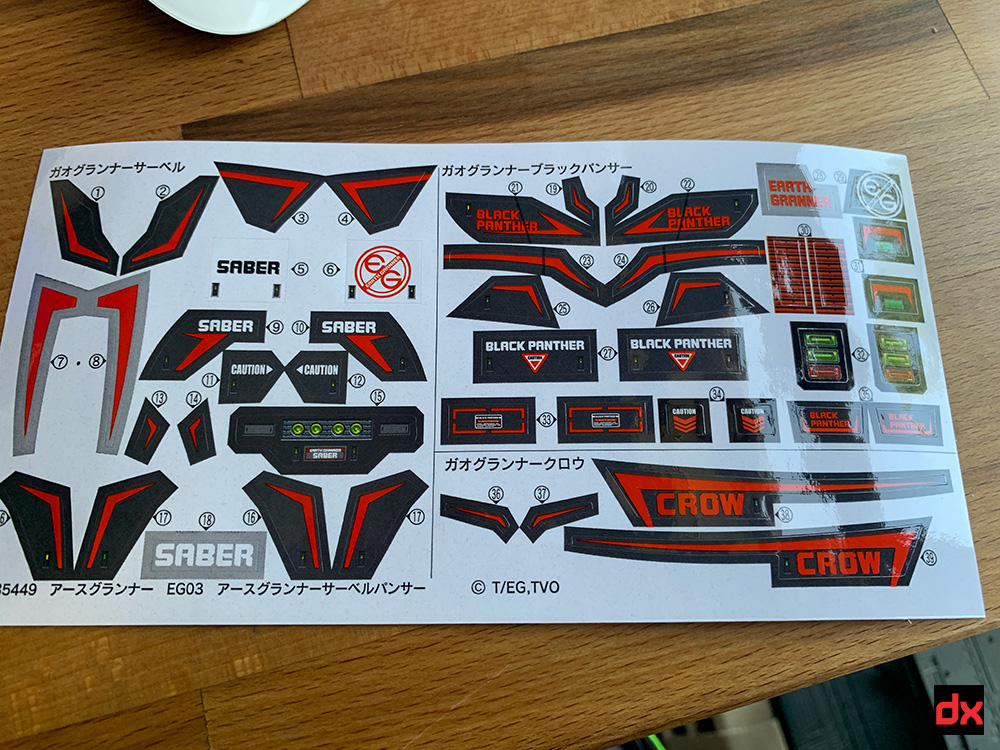 Here's one of the vehicles without stickers. 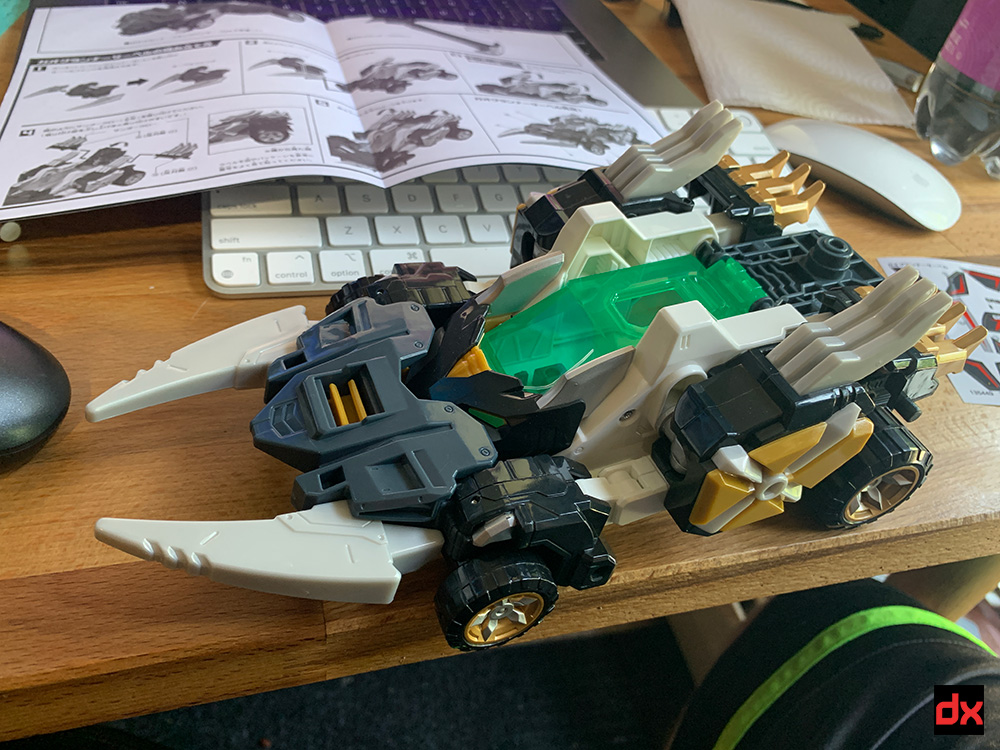 The vehicles don't look much like any vehicles I know. They are futuristic and jagged. They feel like sentai toys that are aimed at kids. 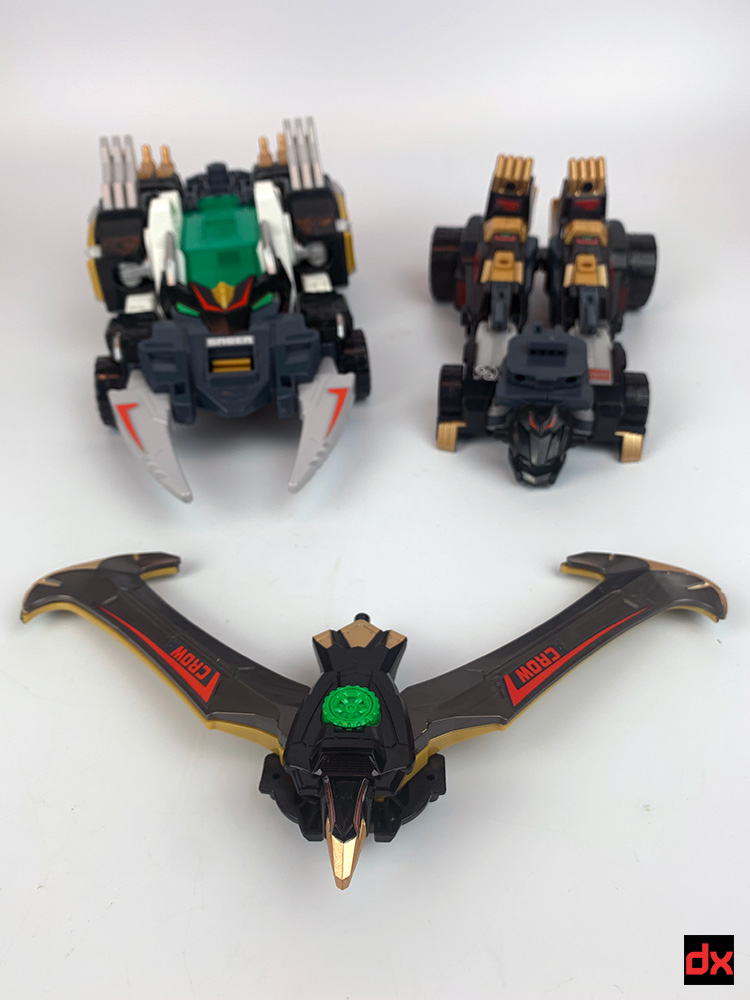 The three vehicles are Crow, Saber and Black Panther.

Black Panther will form the legs of Saber Panther. There's a very obvious connection point just sitting over the front of the vehicle. 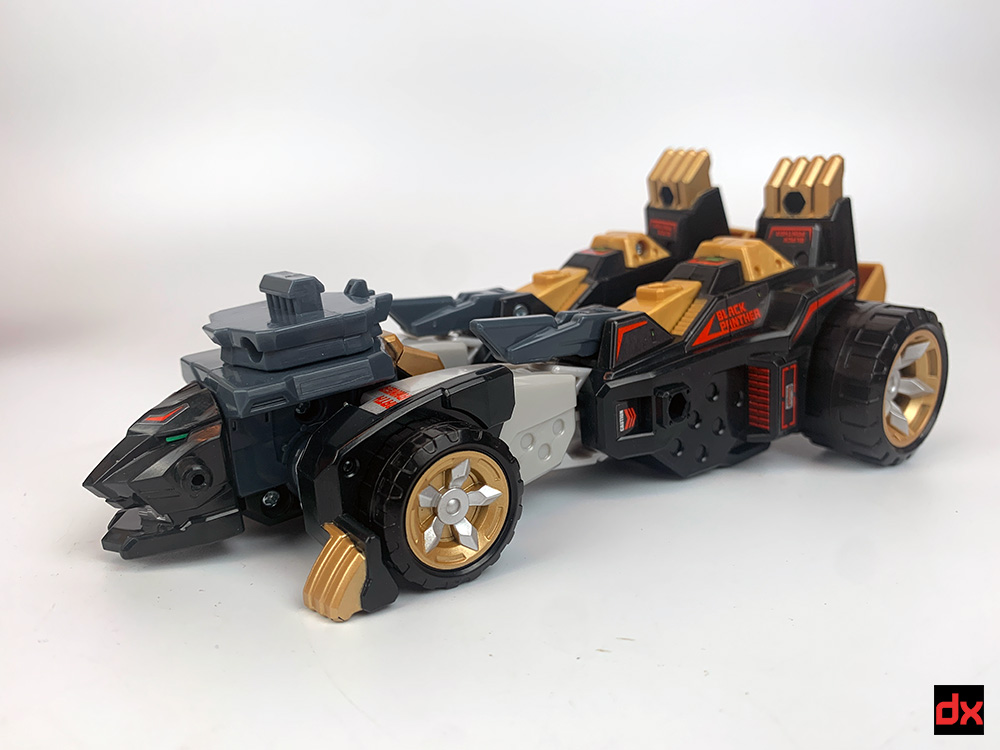 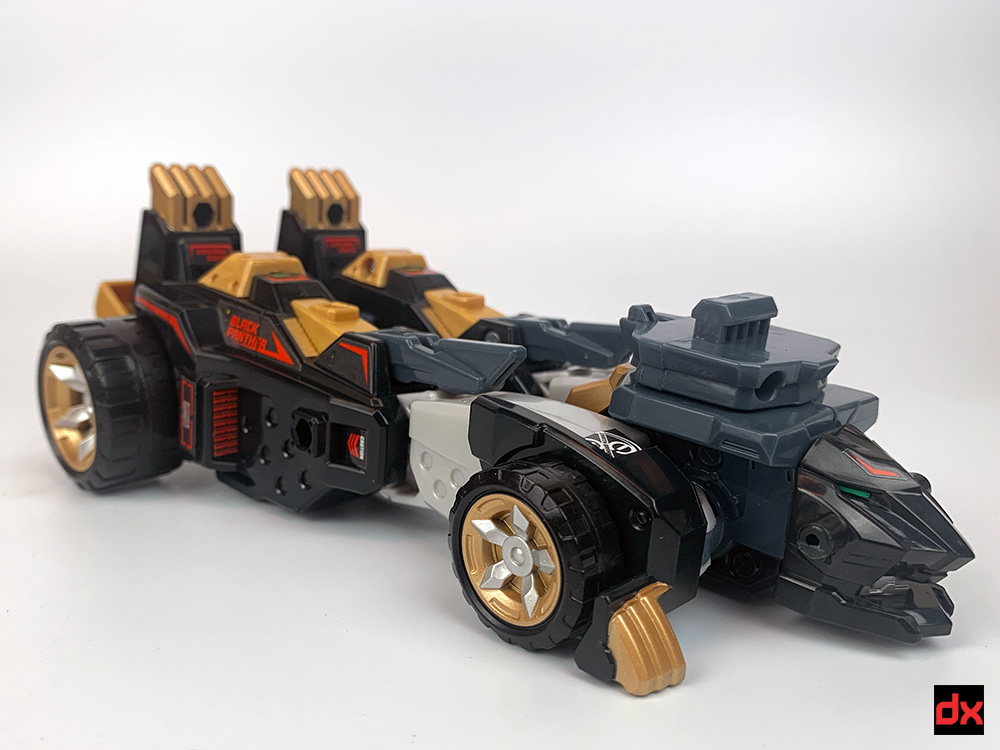 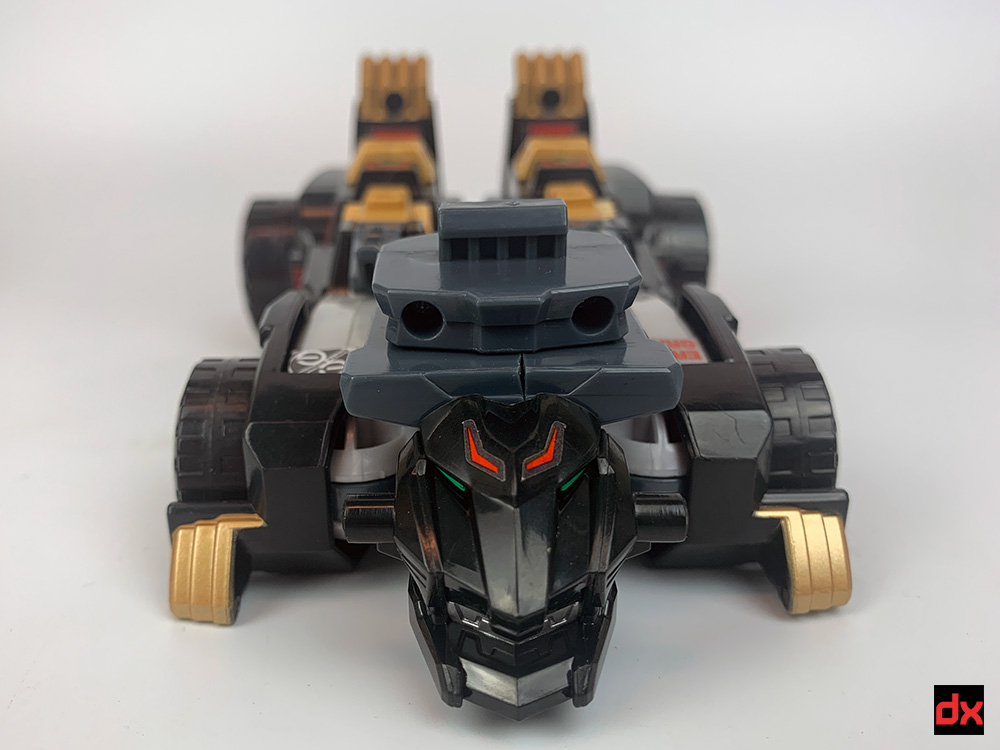 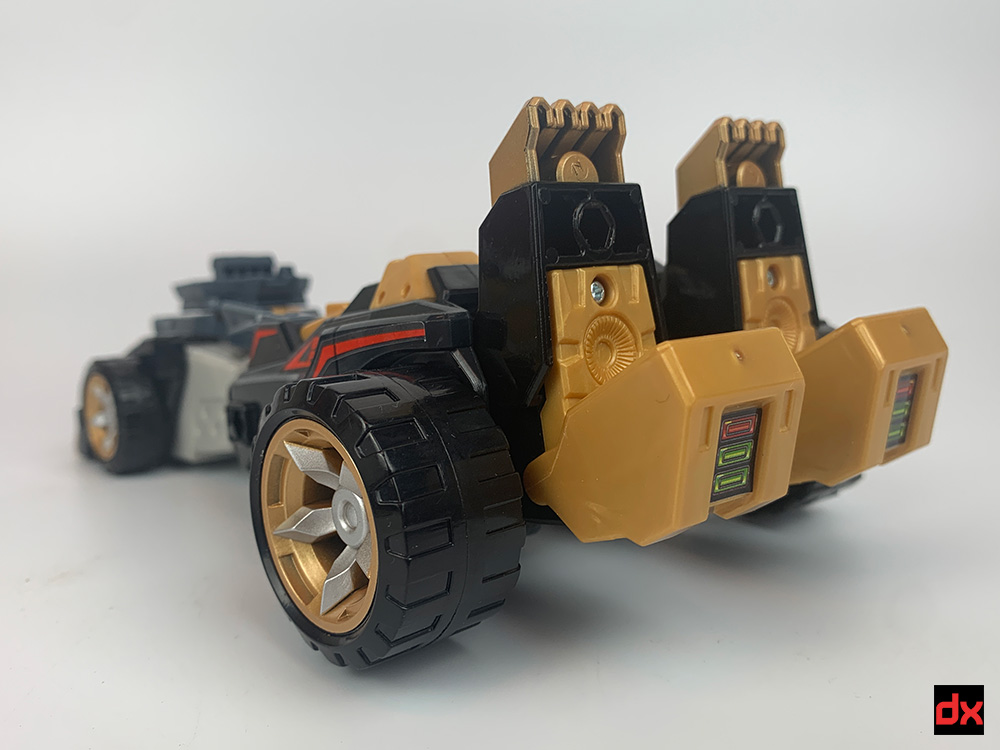 Saber forms the top half of the robot, and also has the cockpit for docking the tomica car. 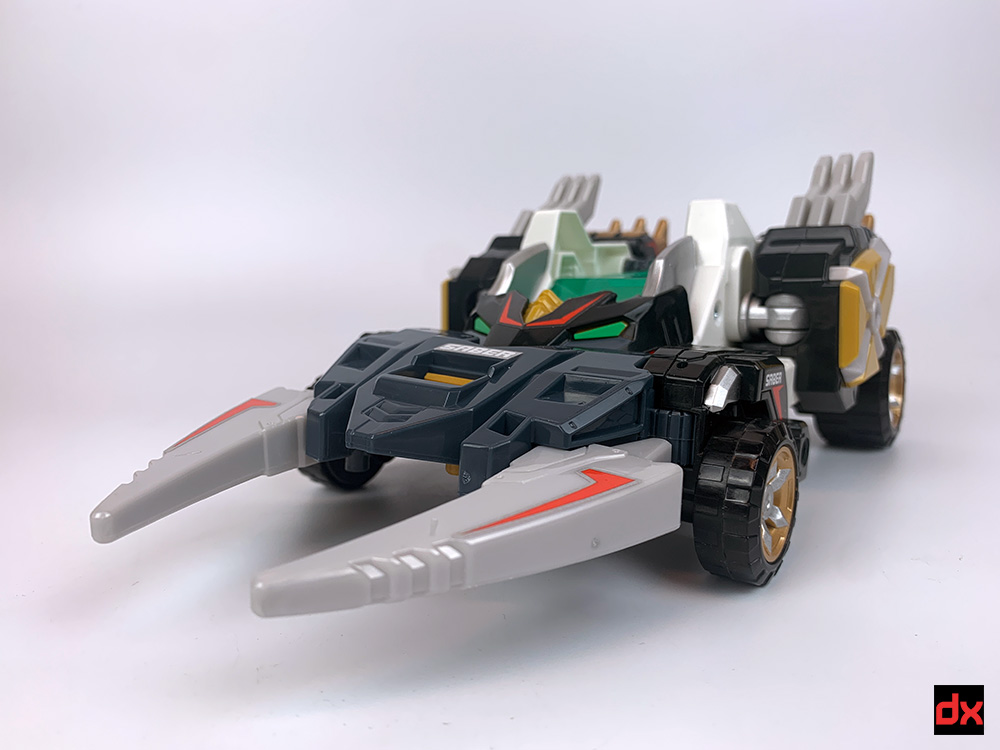 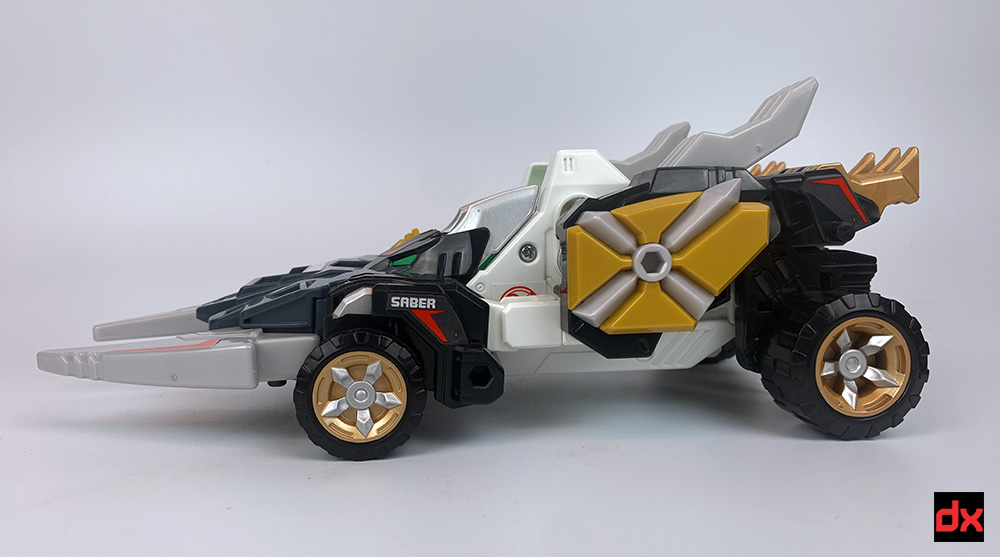 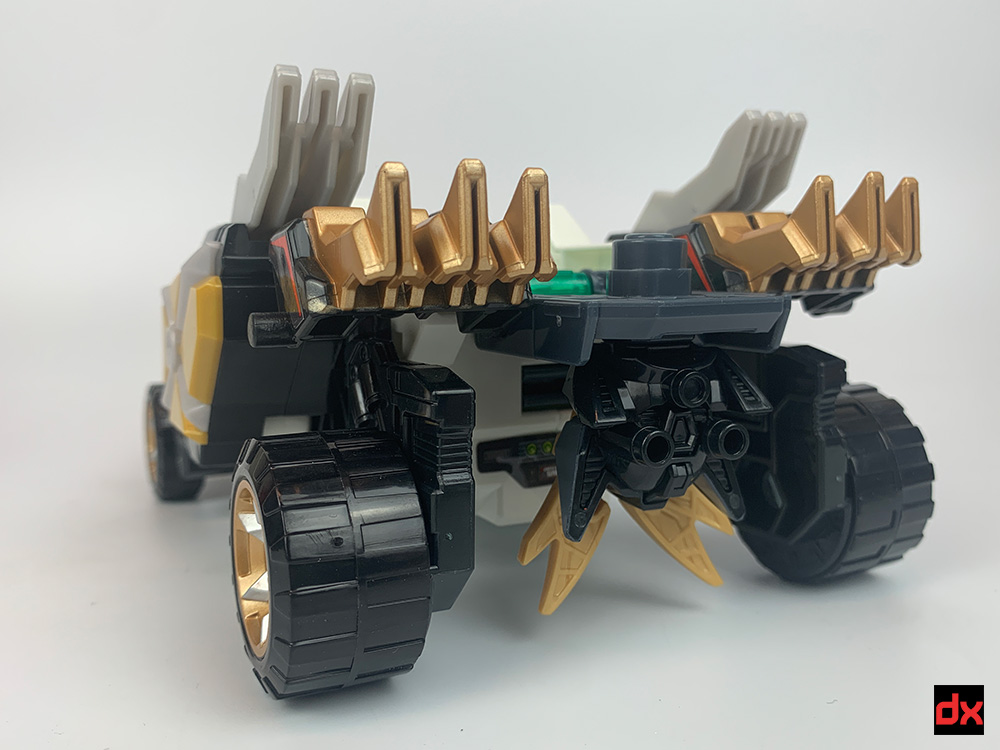 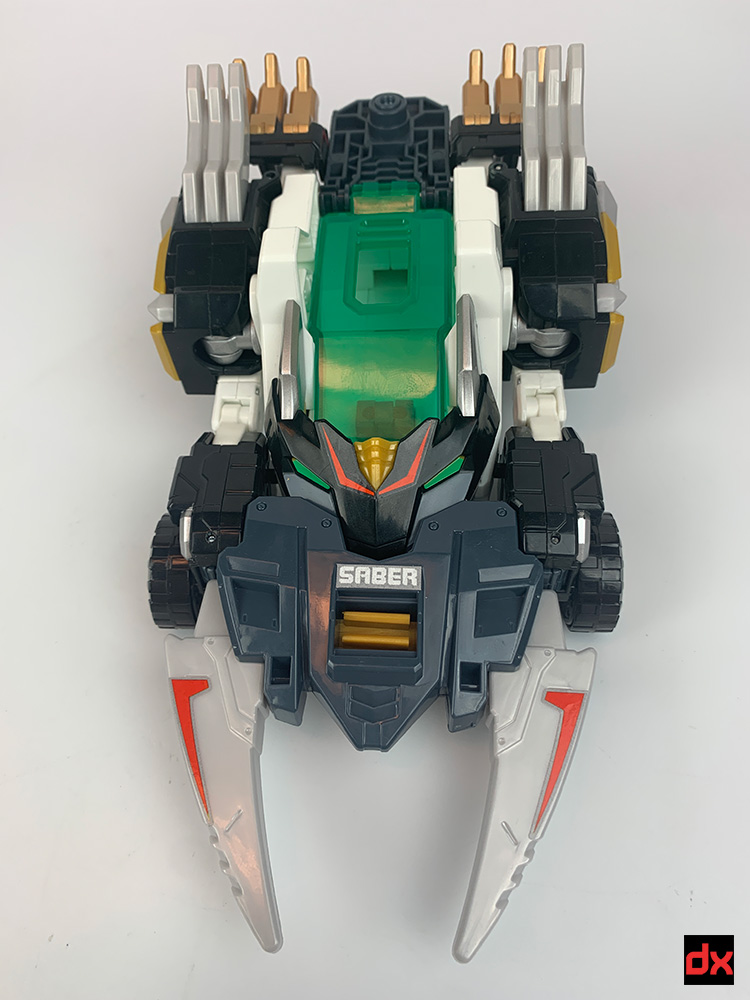 Crow forms the weapon. I'm not sure why this needed to be a named vehicle, but here it is. 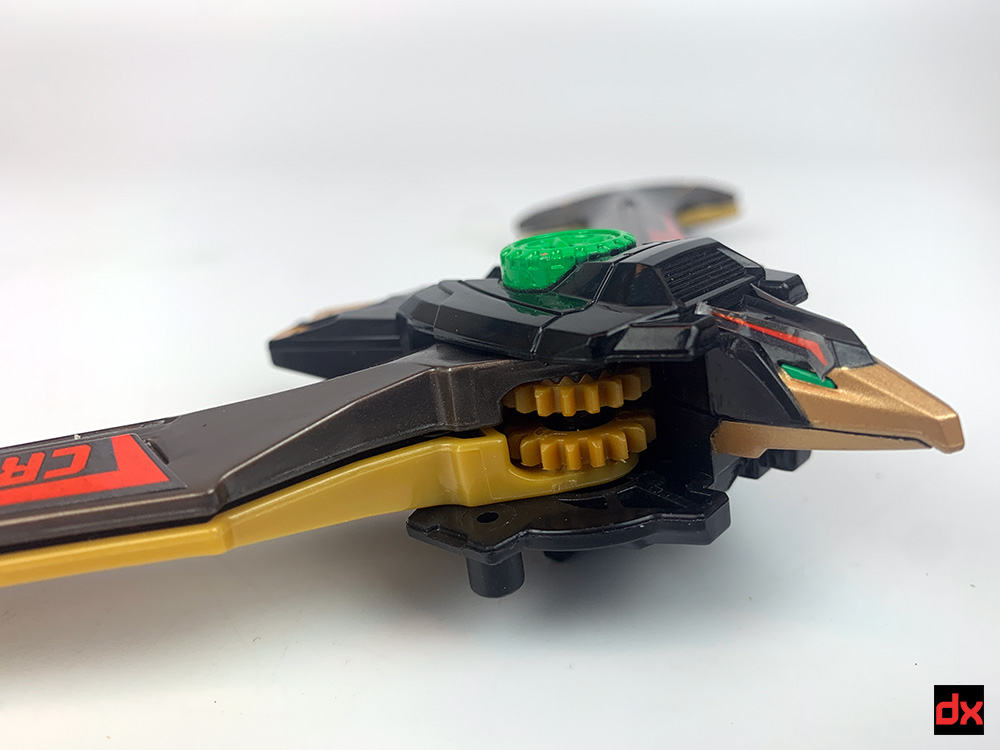 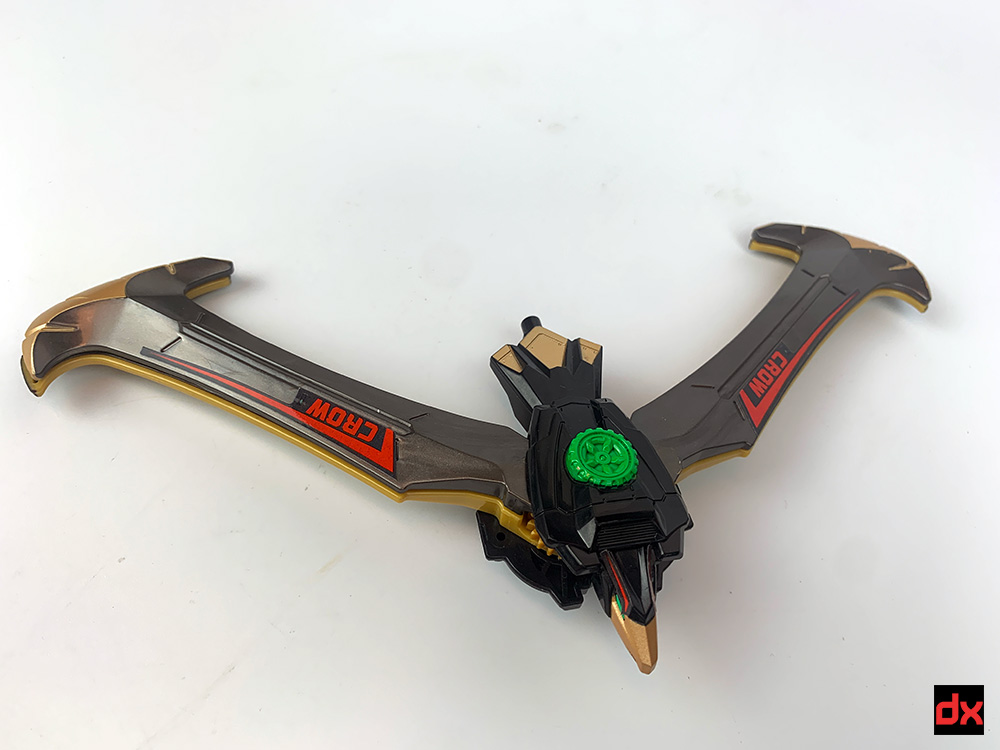 To dock the car with Saber, pull the nose out and lift up the clear cover. 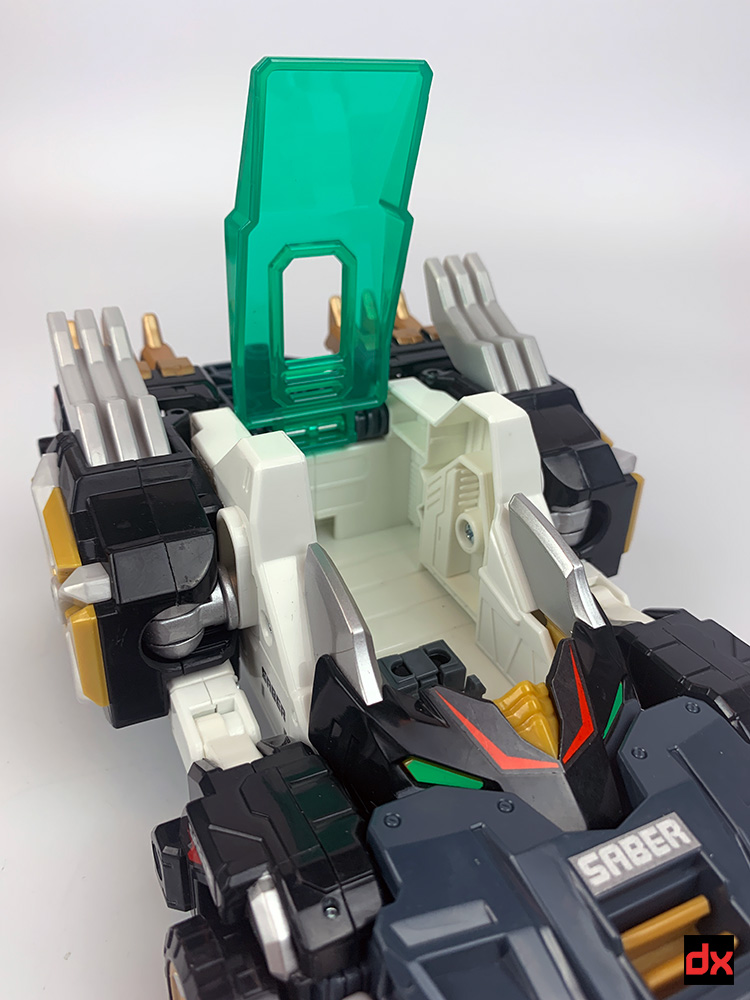 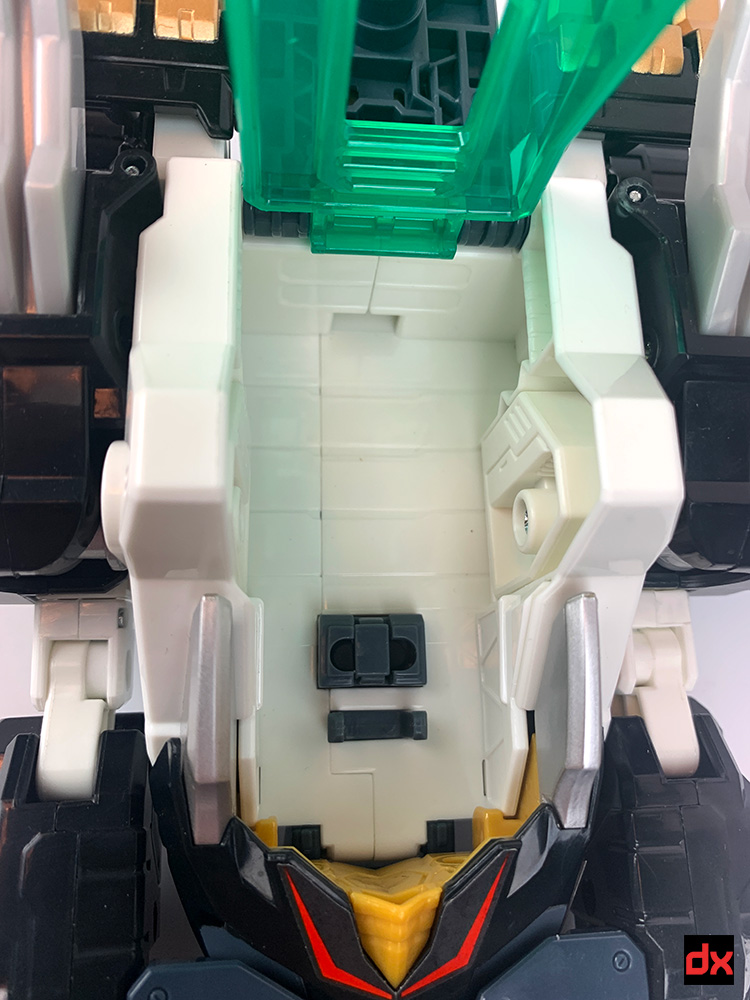 Once docked, the car will light up and make a docking noise. The different cars make different noises with different robots, but they always recognize the robot they are in. You can also manually activate the car light and sounds by touching the button on the roof. The hole in the canopy exists so that when the head is in place, you can press on the head and activate the lights and sounds. 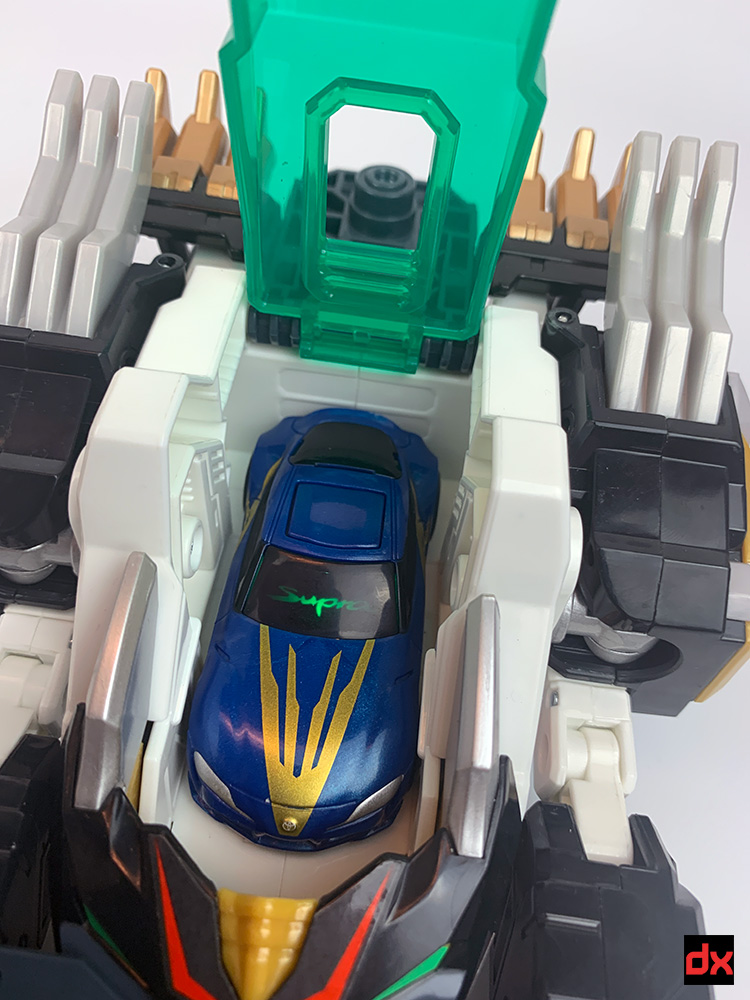 Here he is - SABER PANTHER! He's so cool looking! When fully assembled he stands about 10 inches tall, so he's big! 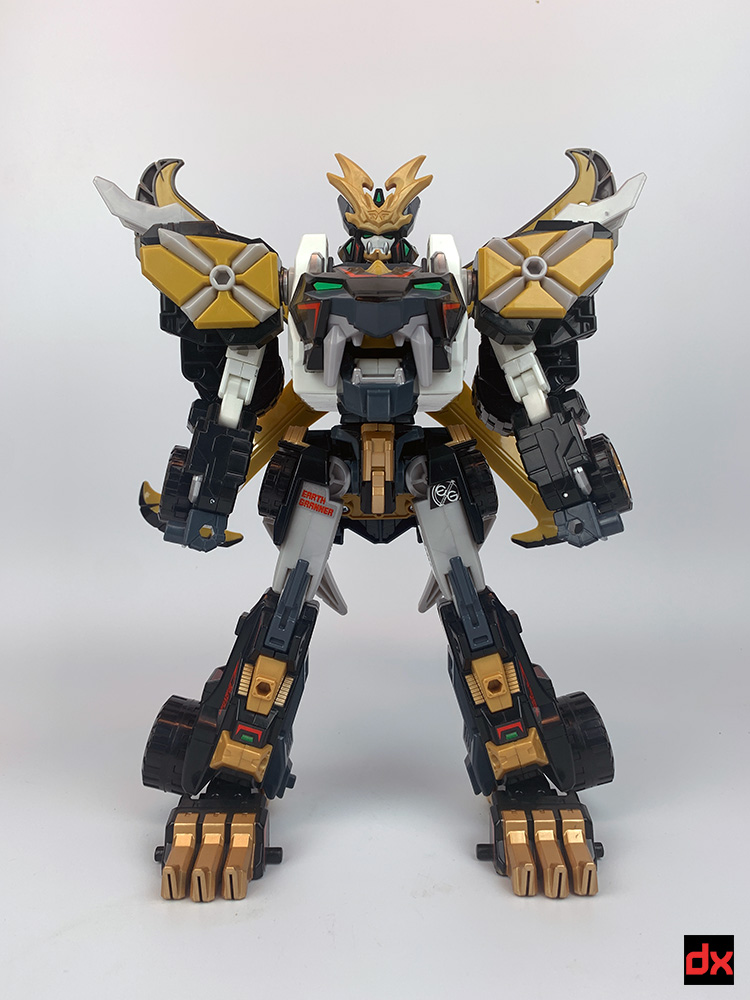 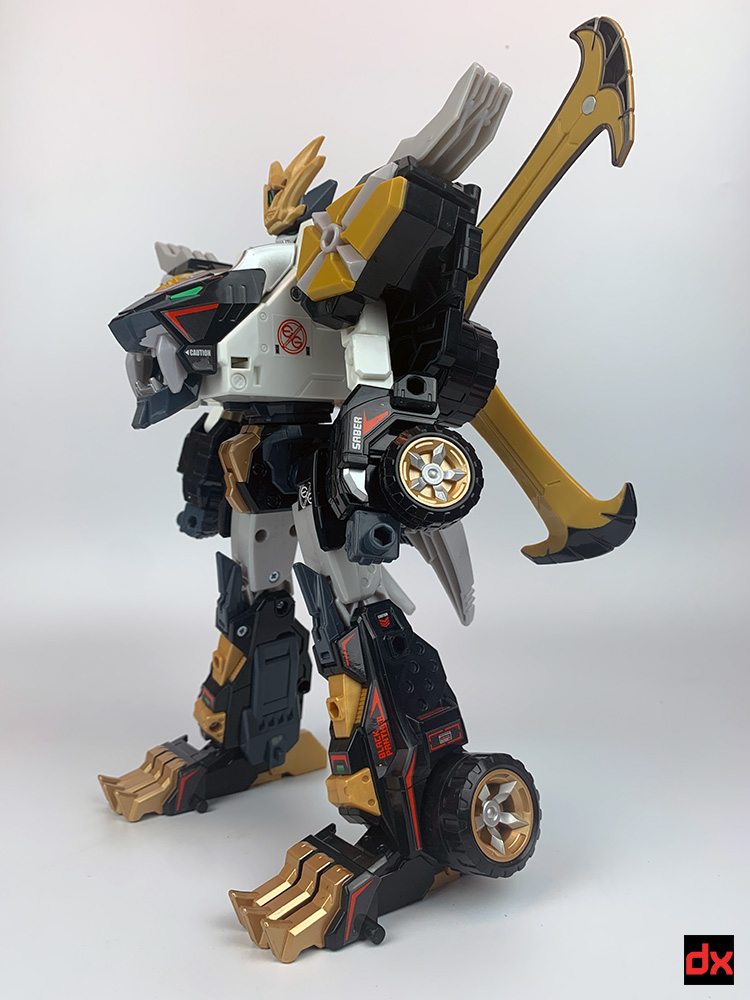 The Crow attaches to the back and the wings are geared to move in unison. 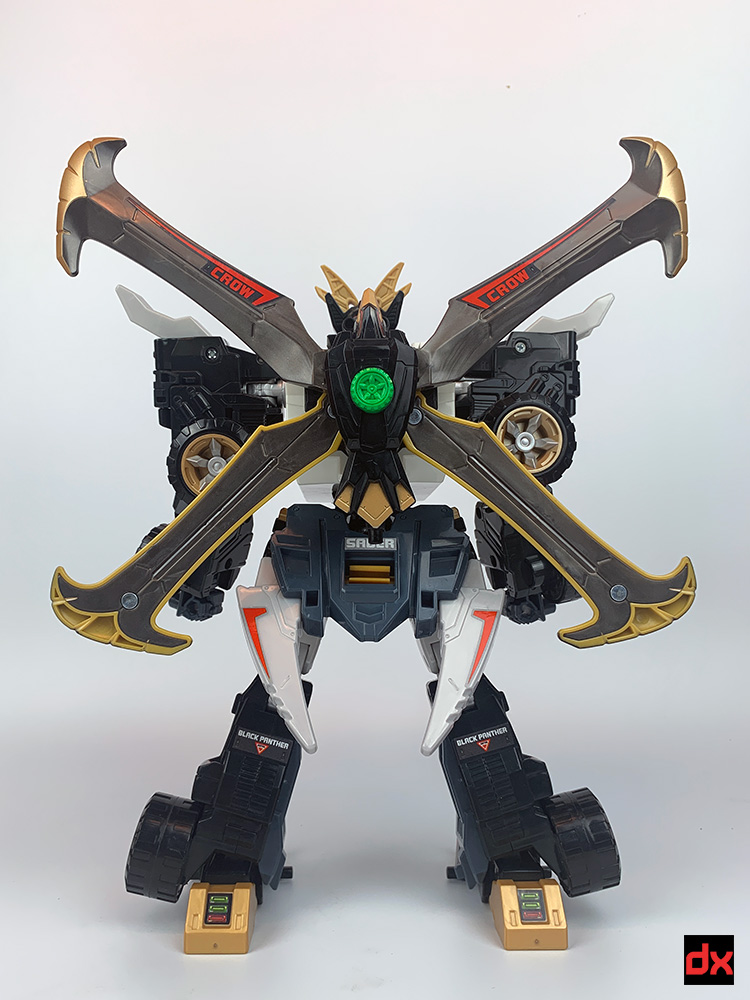 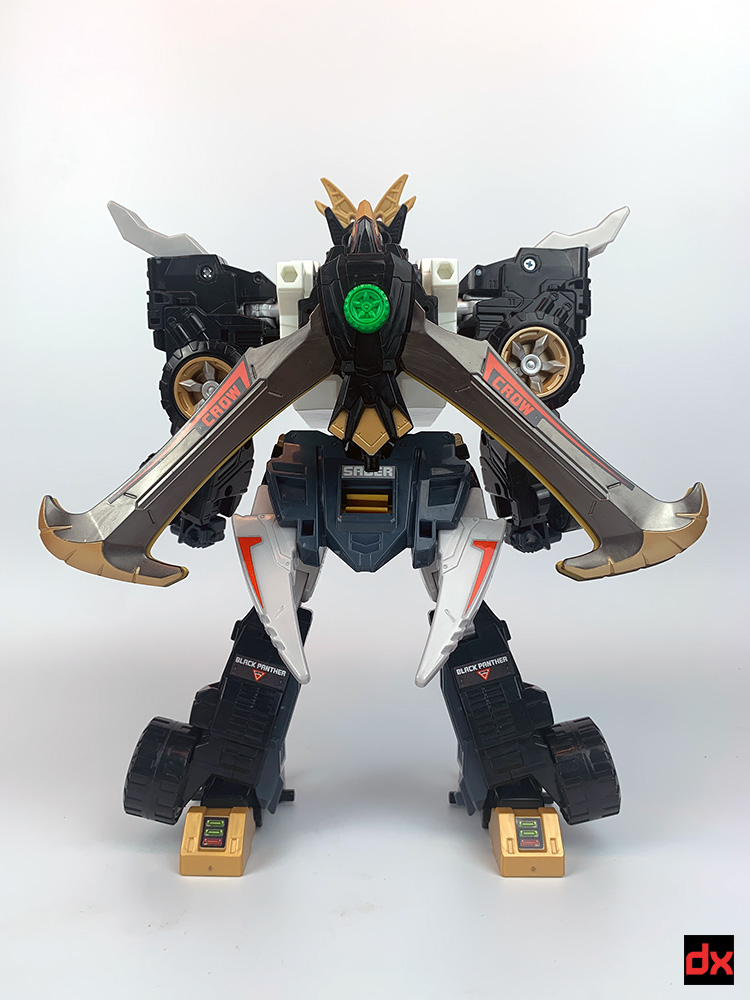 The toy is super poseable and every joint is clicky and satisfying. It's remarkably well made, which is what we come to expect from Tomica Toys. 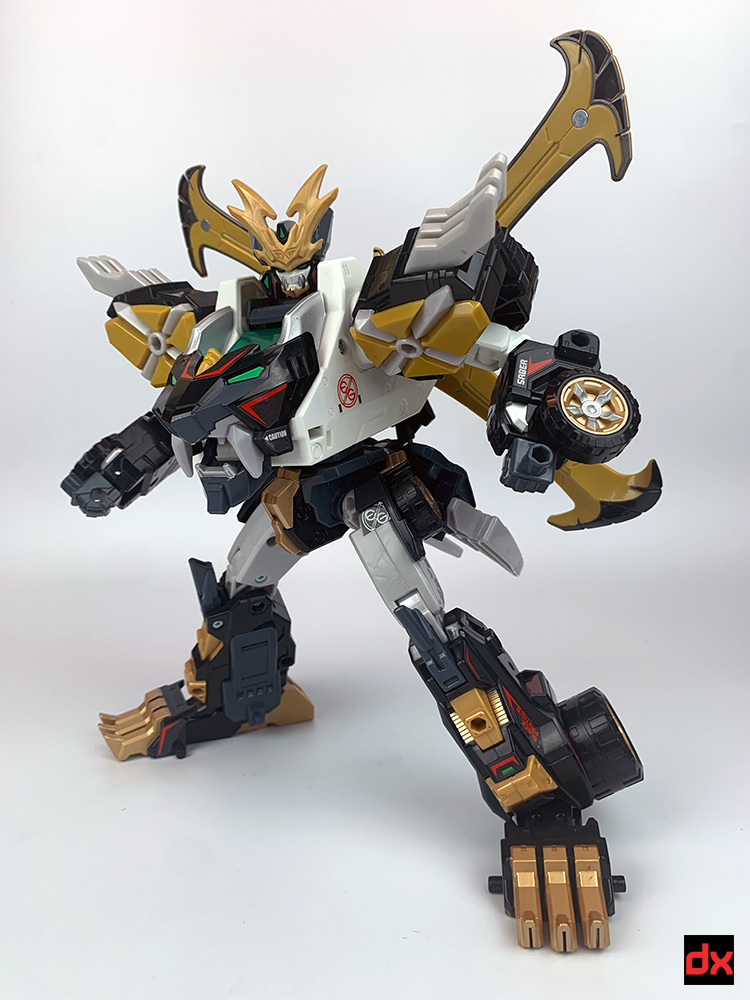 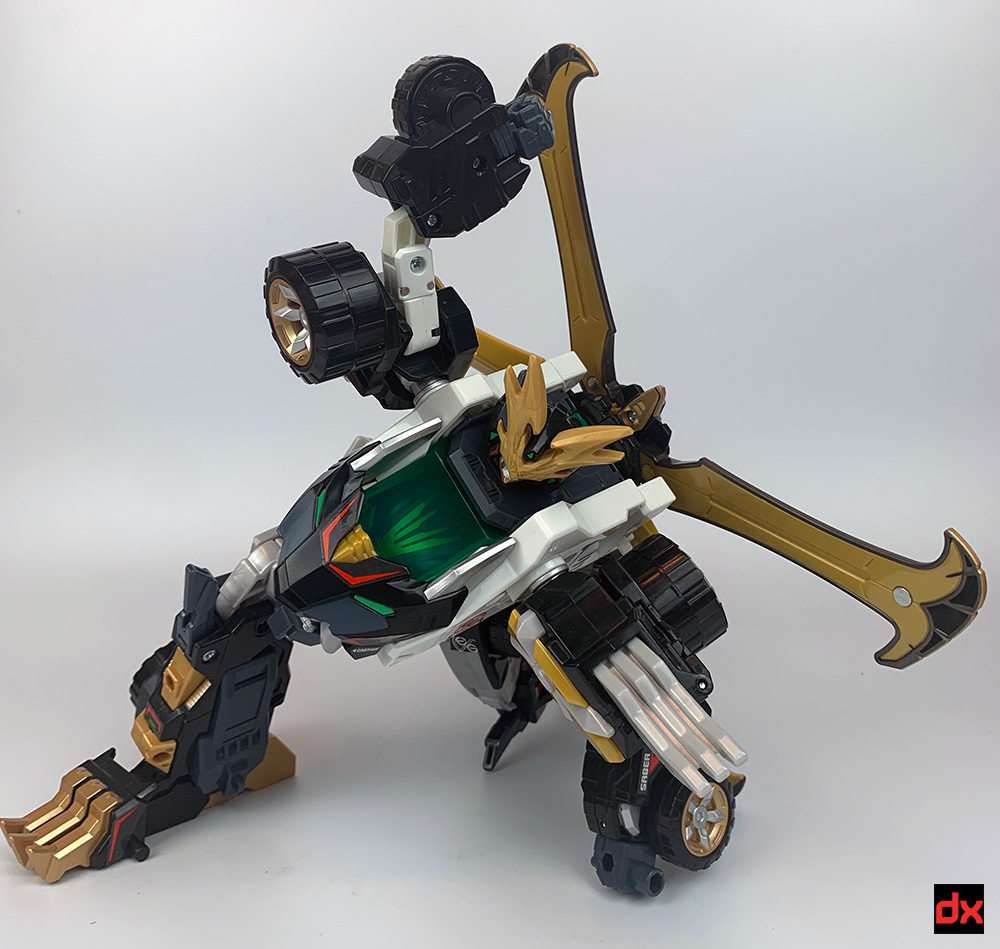 Crow can be used as a melee weapon in various configurations. 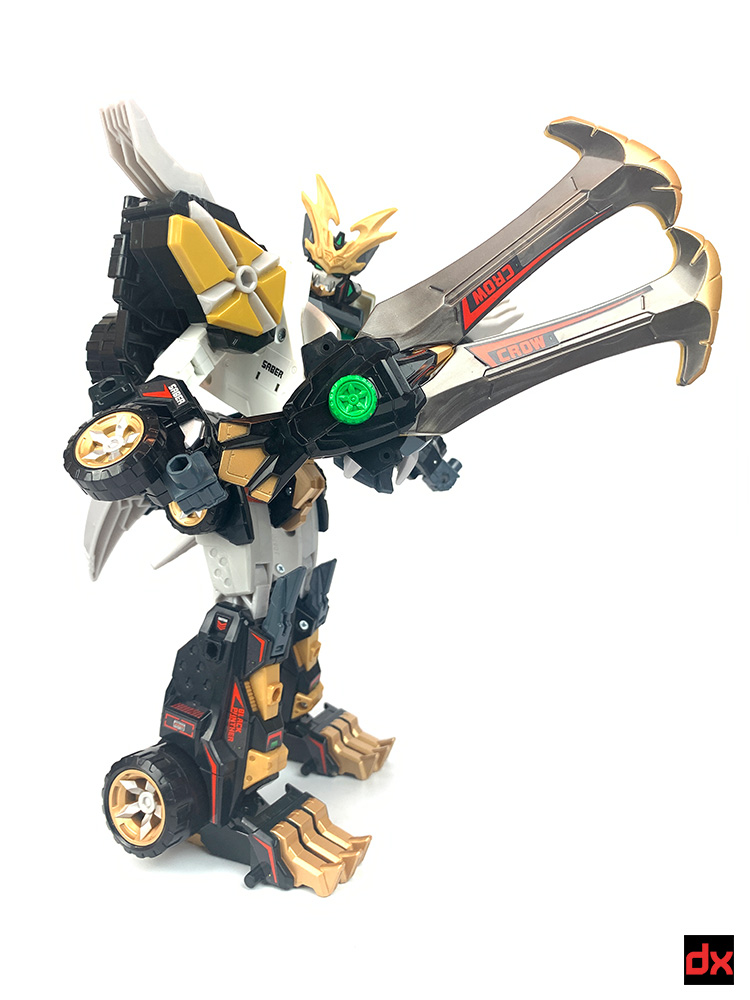 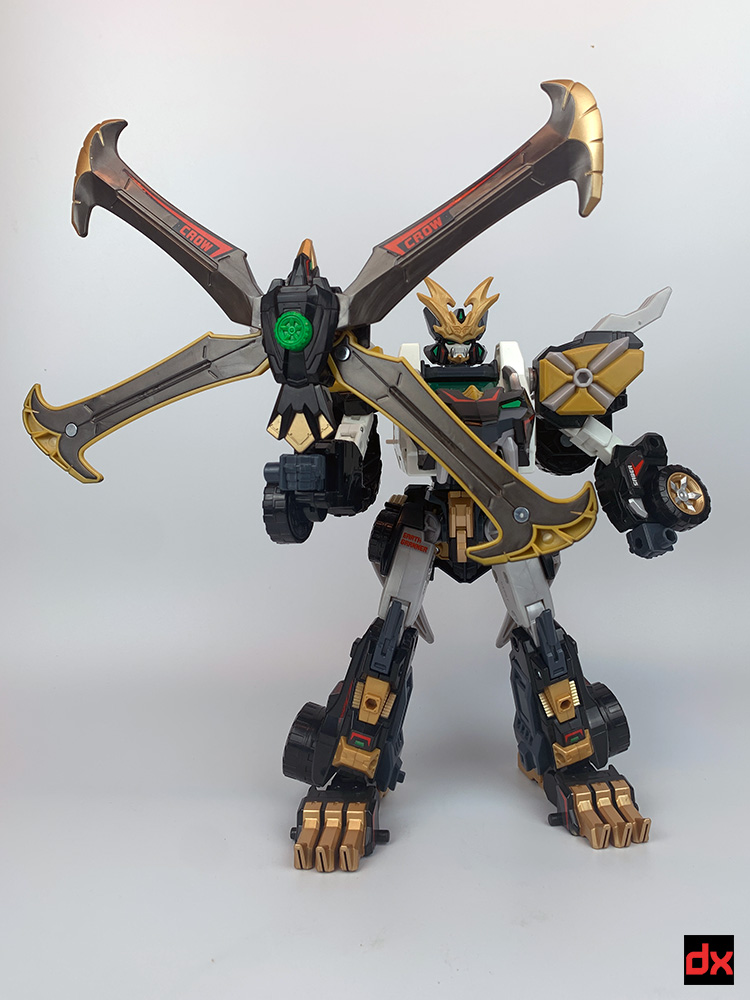