The Rescue and Repair Truck is the US version of the Hyper Rescue Container Carrier Crane from the Tomica series in Japan. Specifically this comes from the Hyper Rescue sub-line. It's identical to the Japanese release, and only one of a handful of Hyper City vehicles released in the US. 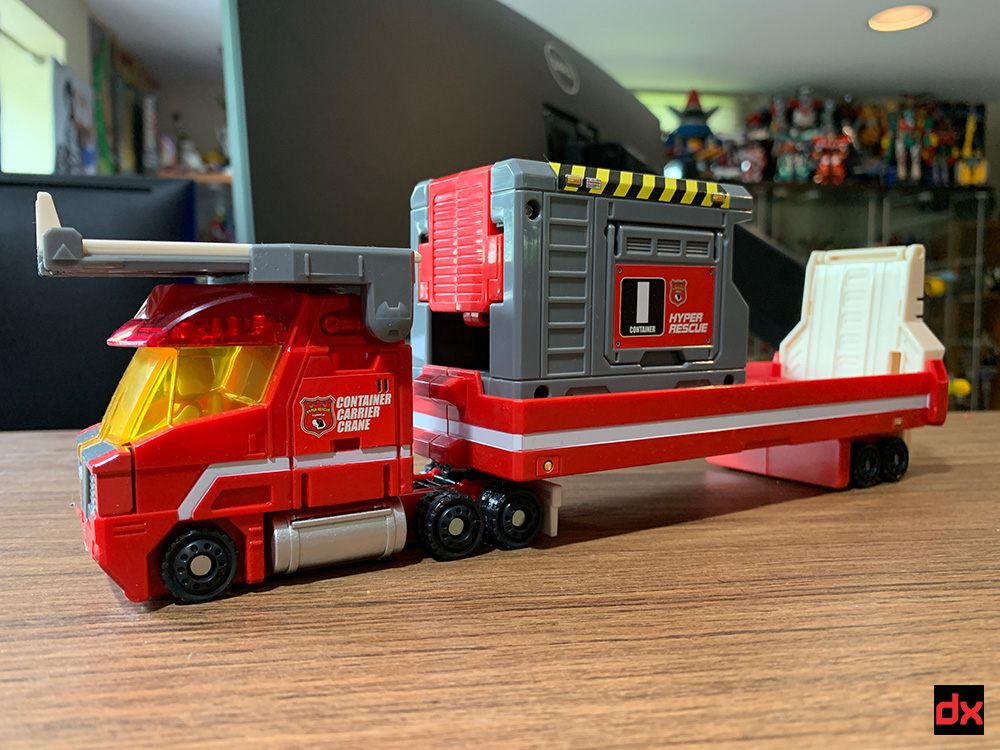 Basically, it's a tractor-trailer with a container that turns into a crane. There are things about it that confuse me, and we'll get into those as we go along. 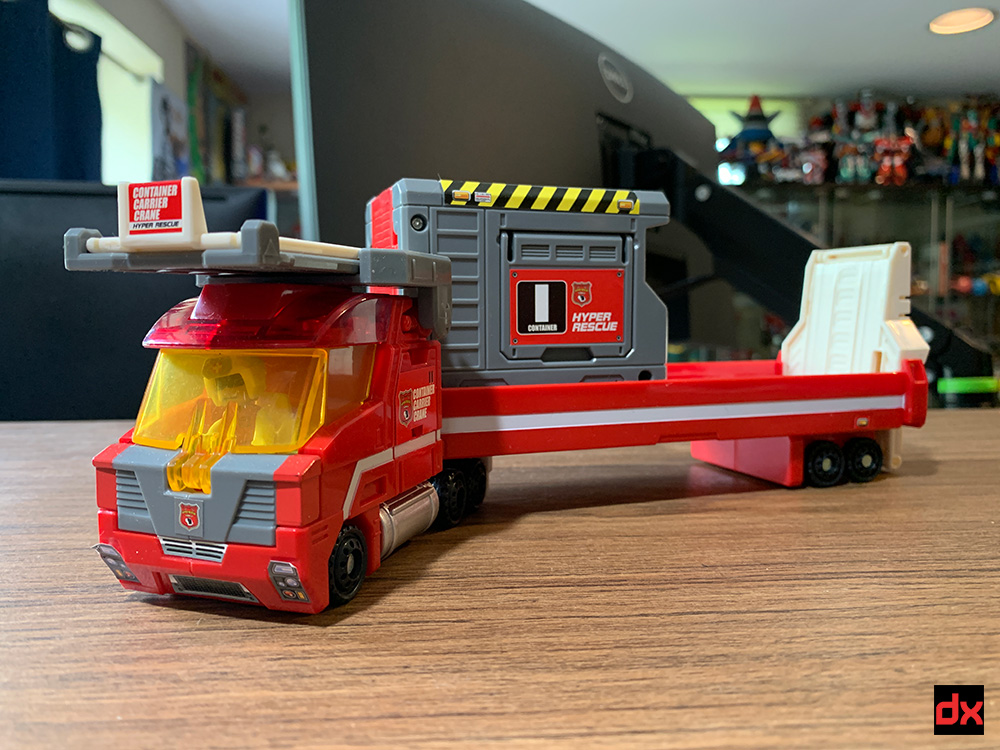 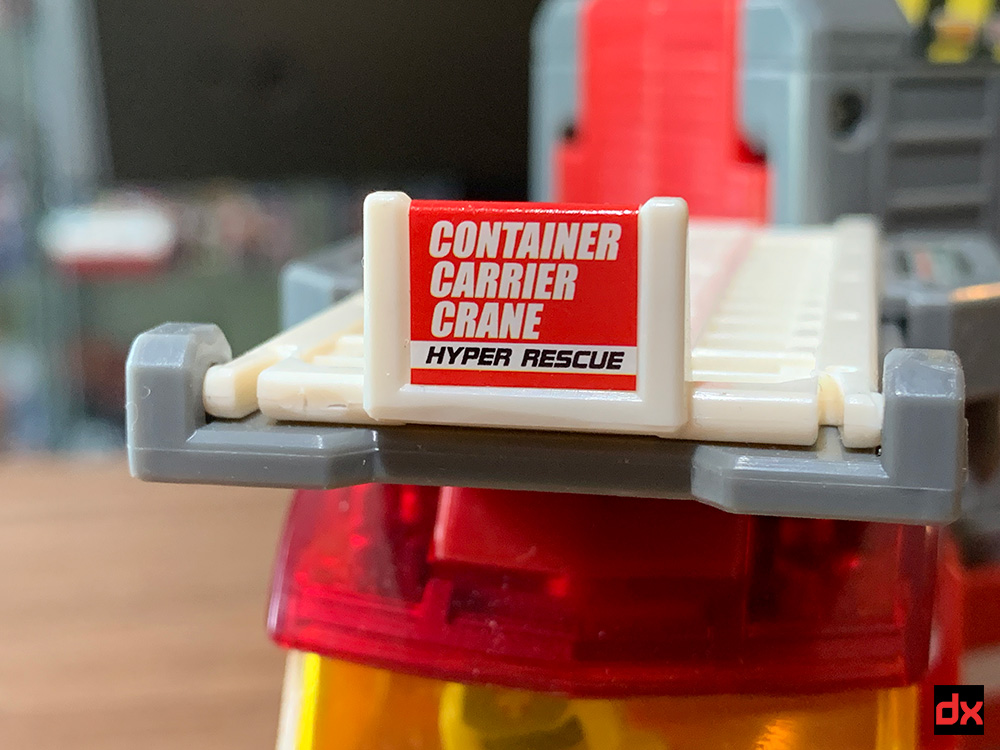 The front of the cab opens up to reveal seating for a mini-figure. 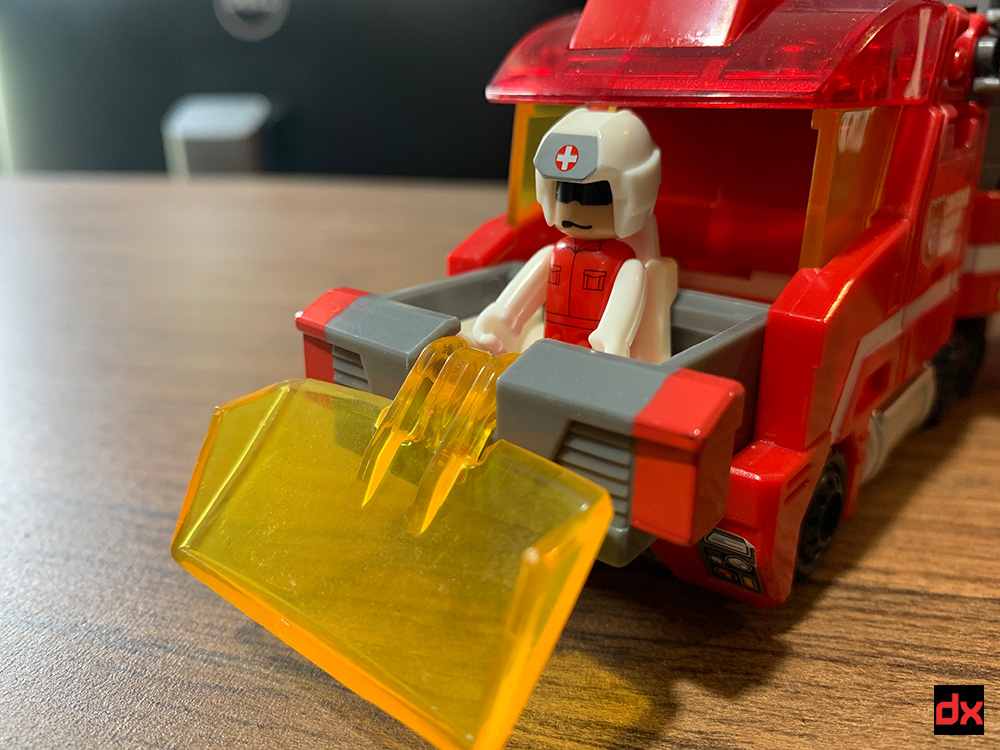 The side doors also open up to reveal seating for two more mini-figures. 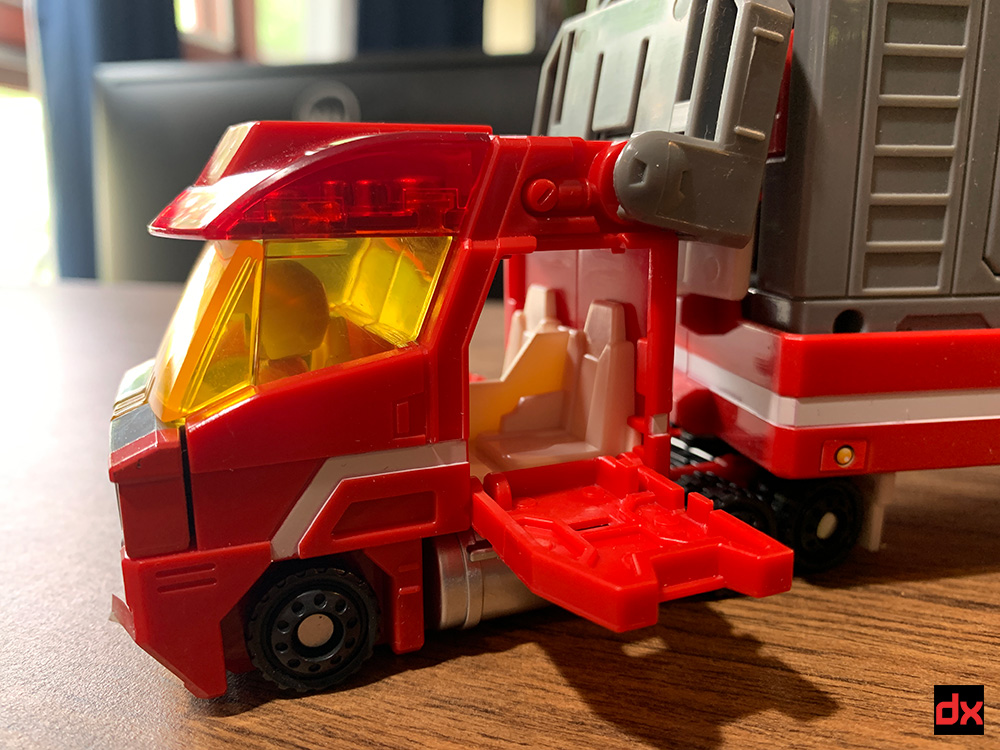 The container on the back is removable, and contains the rescue crane. 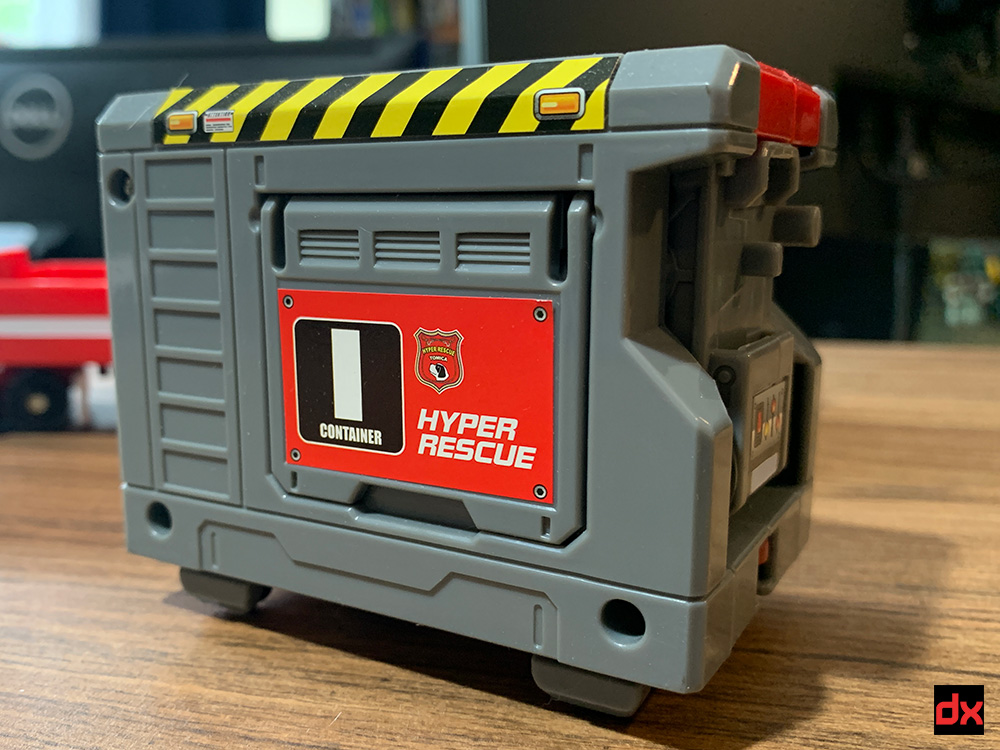 Its part of a whole ecosystem of containers in the Japanese line that never made it over here. There are connectors to string containers along like train cars, and you can connect them to trains and run them on PlaRail tracks if you want. 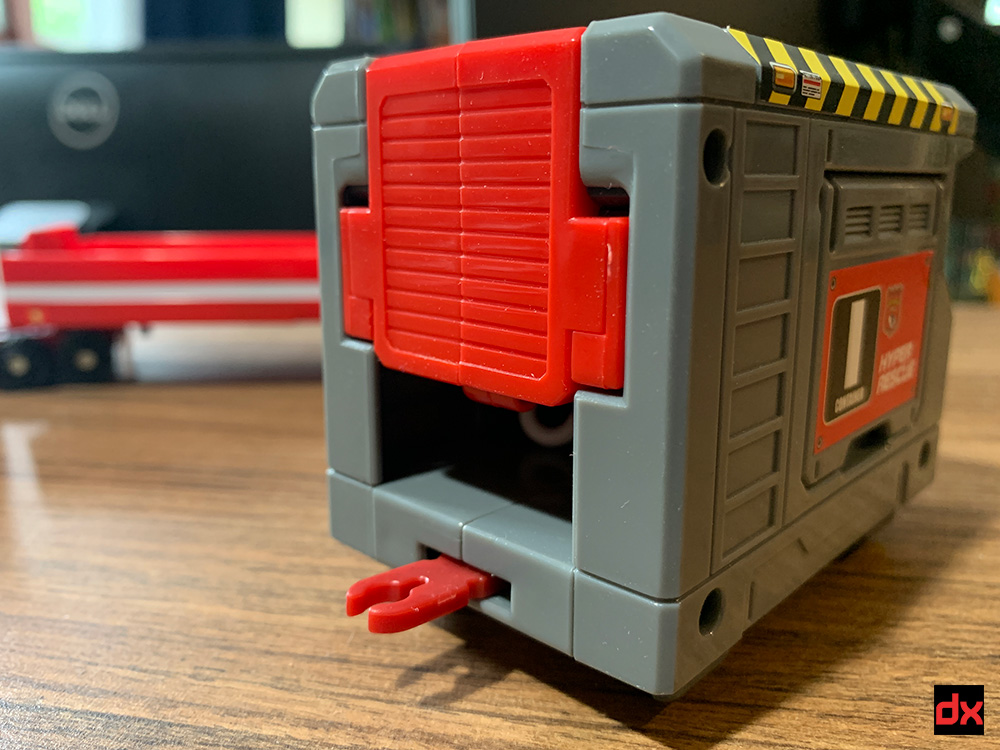 The top of the container has connectors to be attached to the bottom of other vehicles. 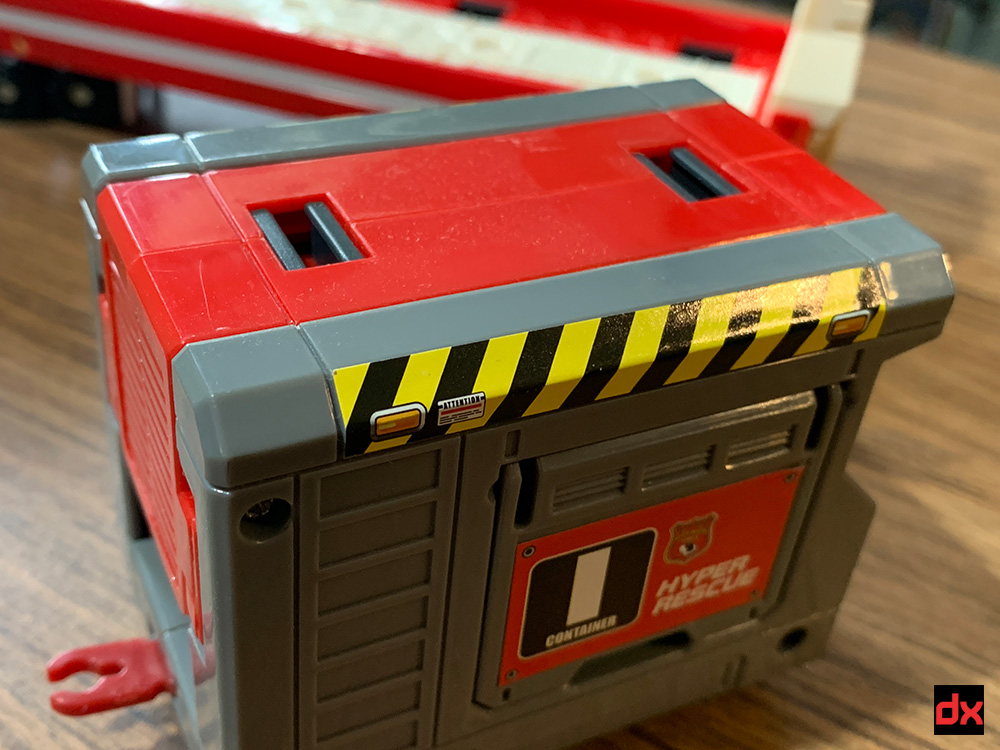 Each side opens up to reveal stickers of tools and such. 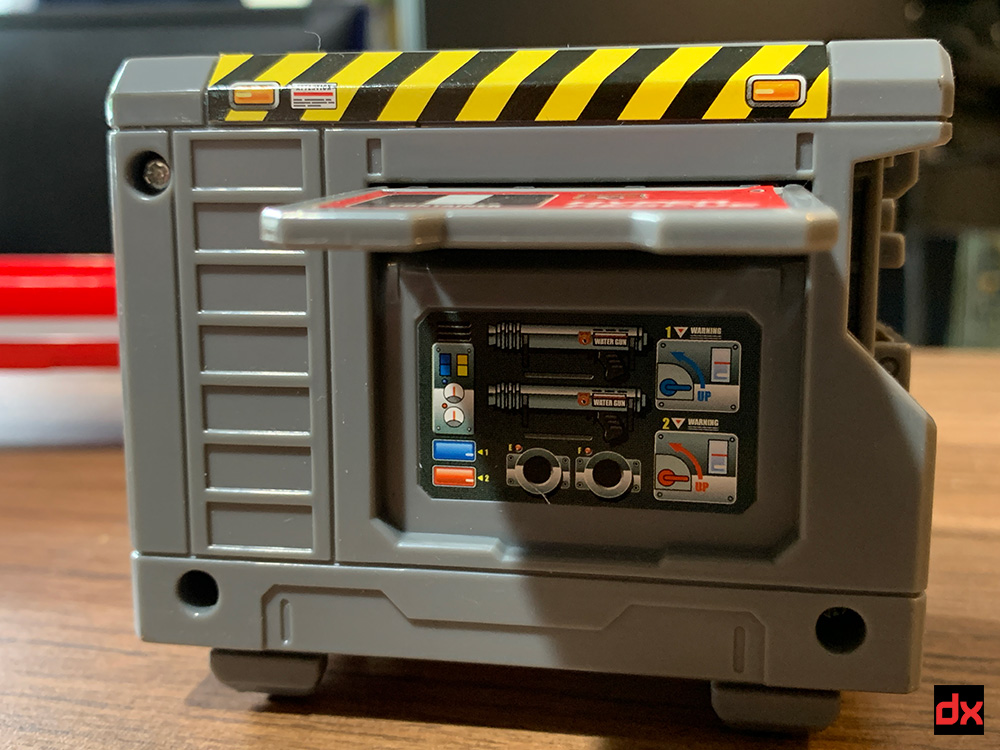 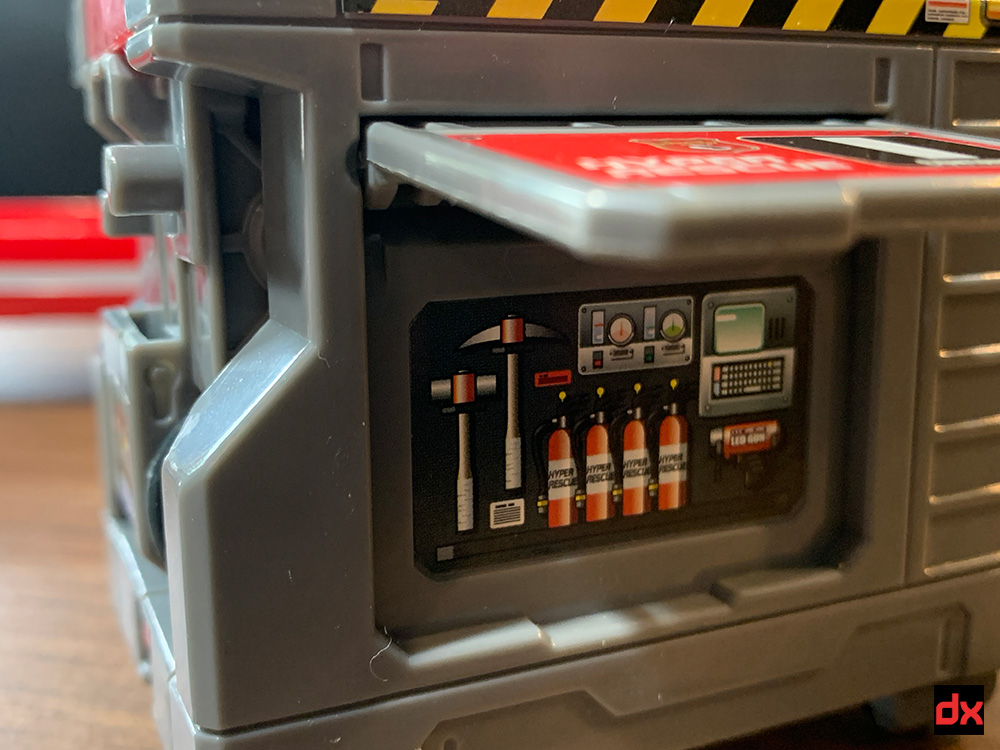 The crane can be unfolded from the container and extended. At the end of the crain there is a spool with real string that can be lowered manually. in addition, a small figure can sit at the top. 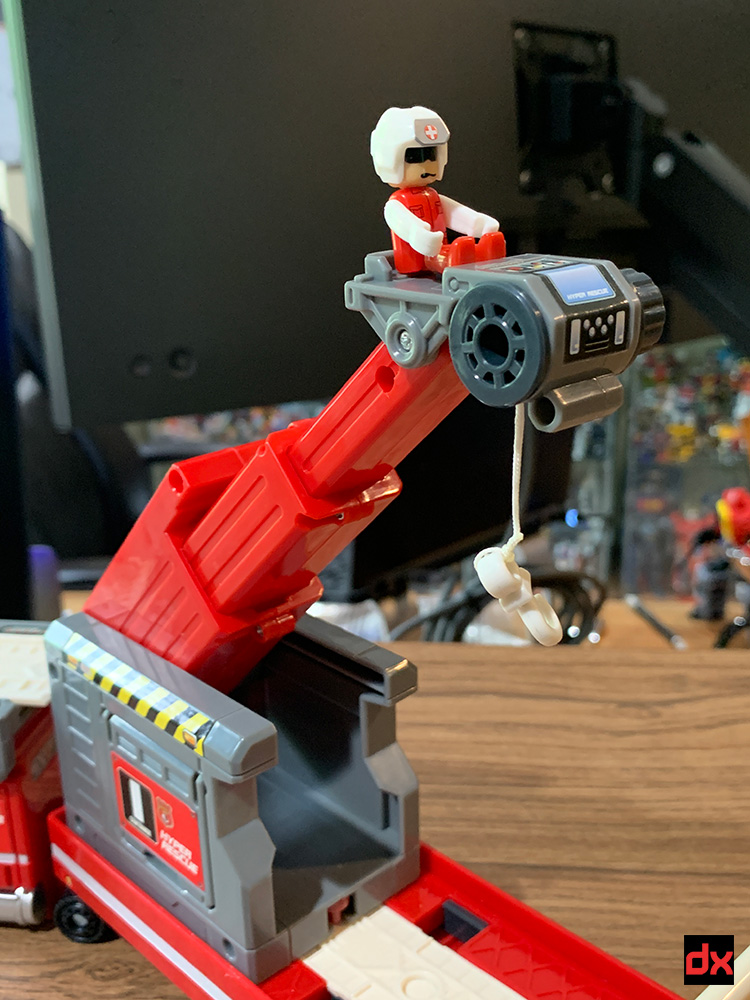 The rear gate can fold down into a ramp. 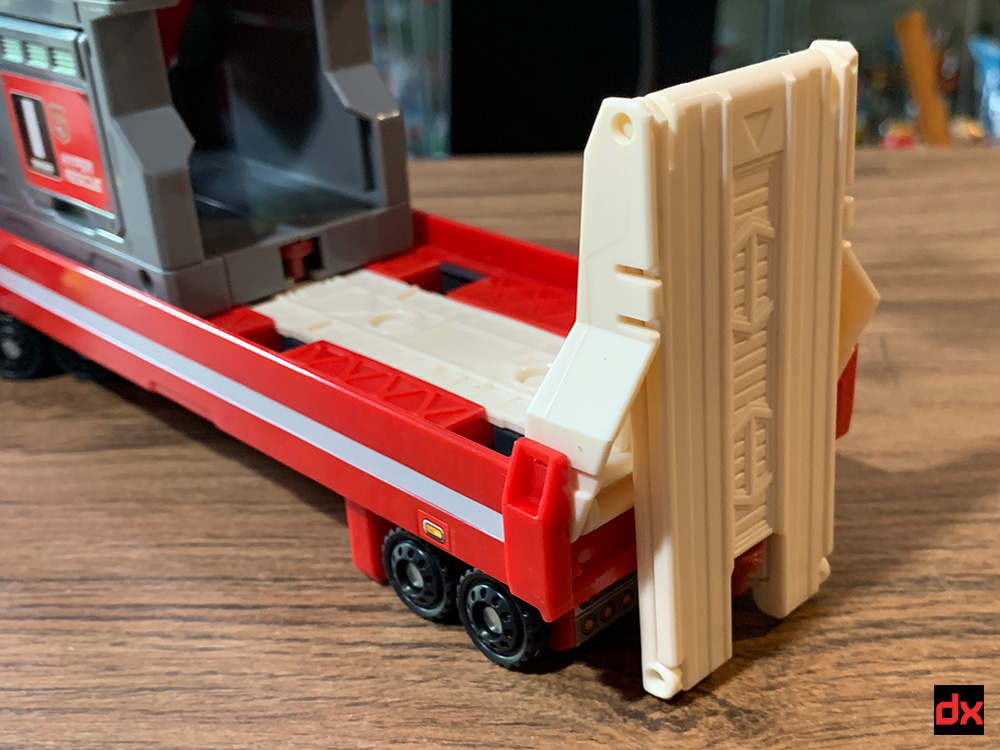 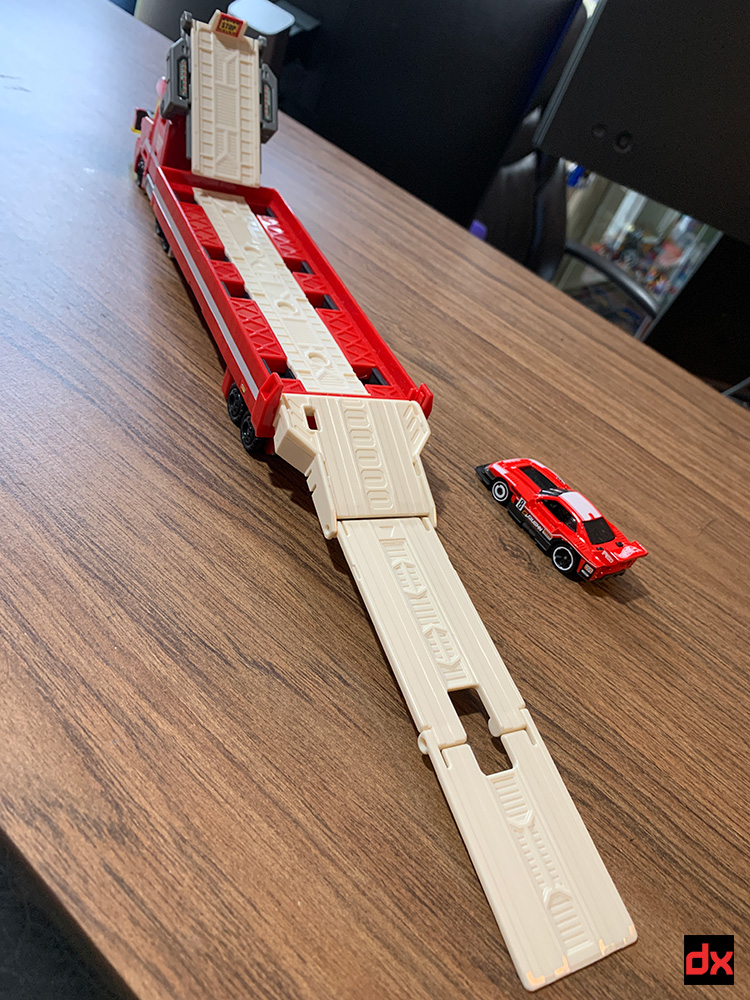 Cars can be winched up the ramp 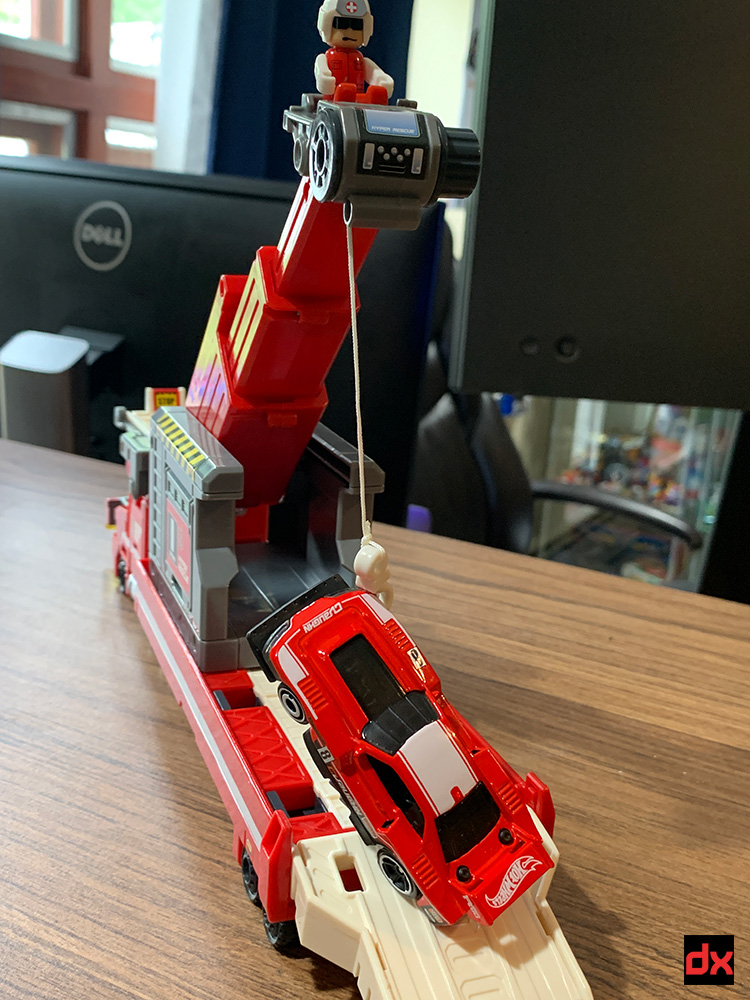 The front cab can be separated from the trailer. I can't figure out the platform on top of the cab. It moves upright, and the white part can move too, but nowhere do they connect with anything else on the truck. I thought maybe you could bend the tailgate all the way back and make a ramp up to the top, but no such luck. Another Tomica mystery. 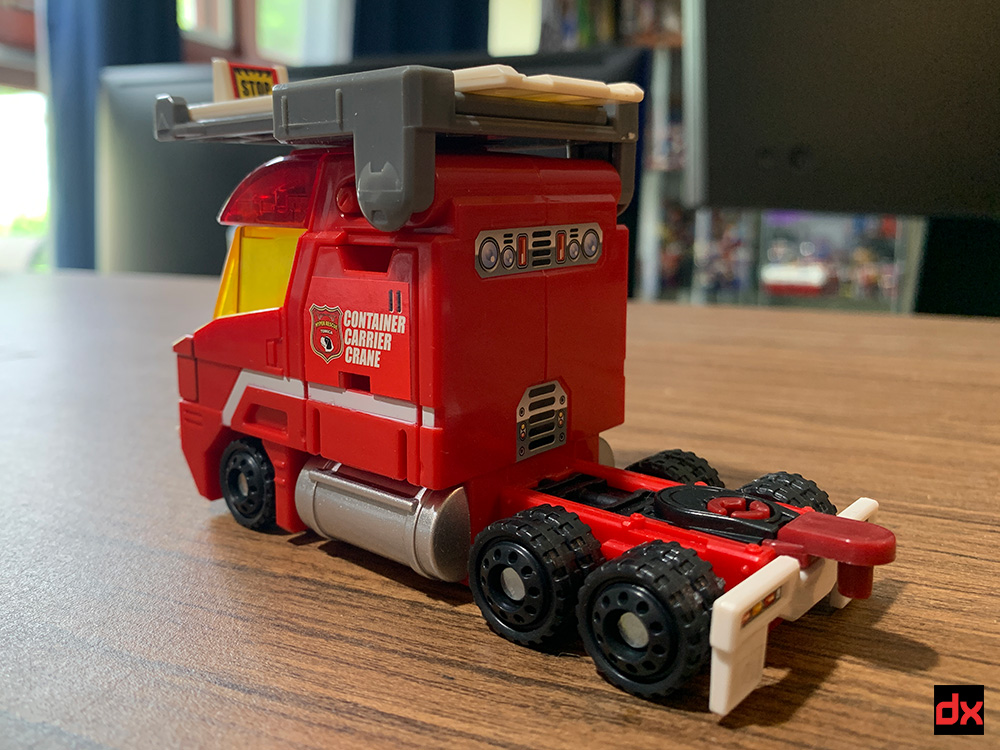