Leo Cheetah is the "hero" robot in Earth Granner. It is comprised of two vehicles, and was available boxed or each vehicle on its own. It's the only set to be offered in both formats - subsequent releases were only offered as box sets.

Box is big and sturdy. 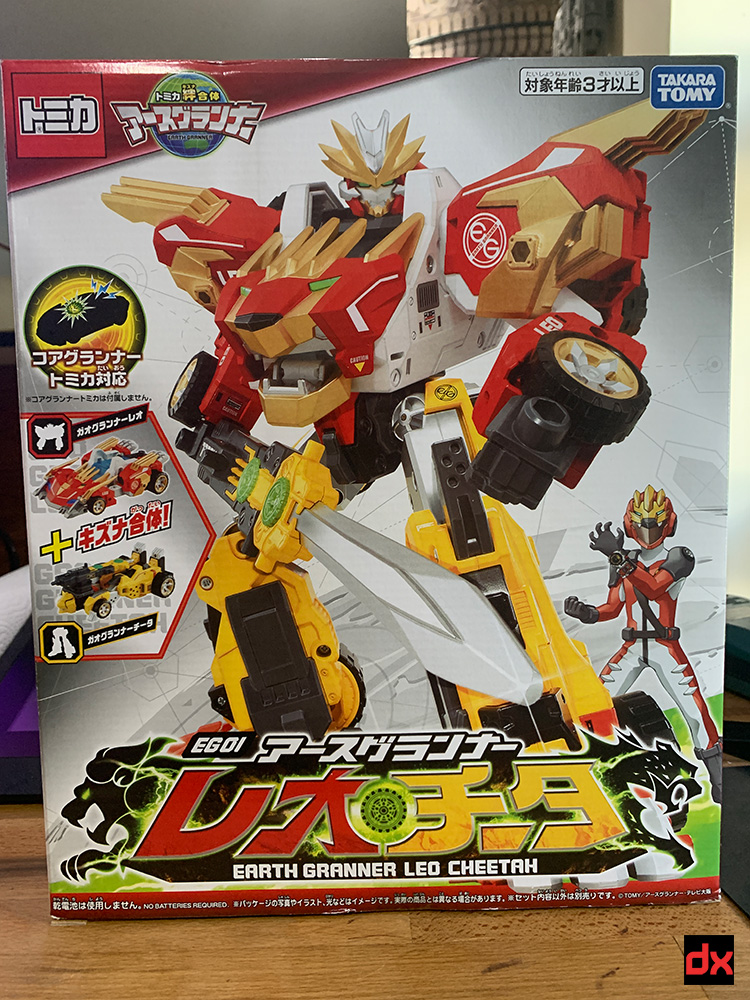 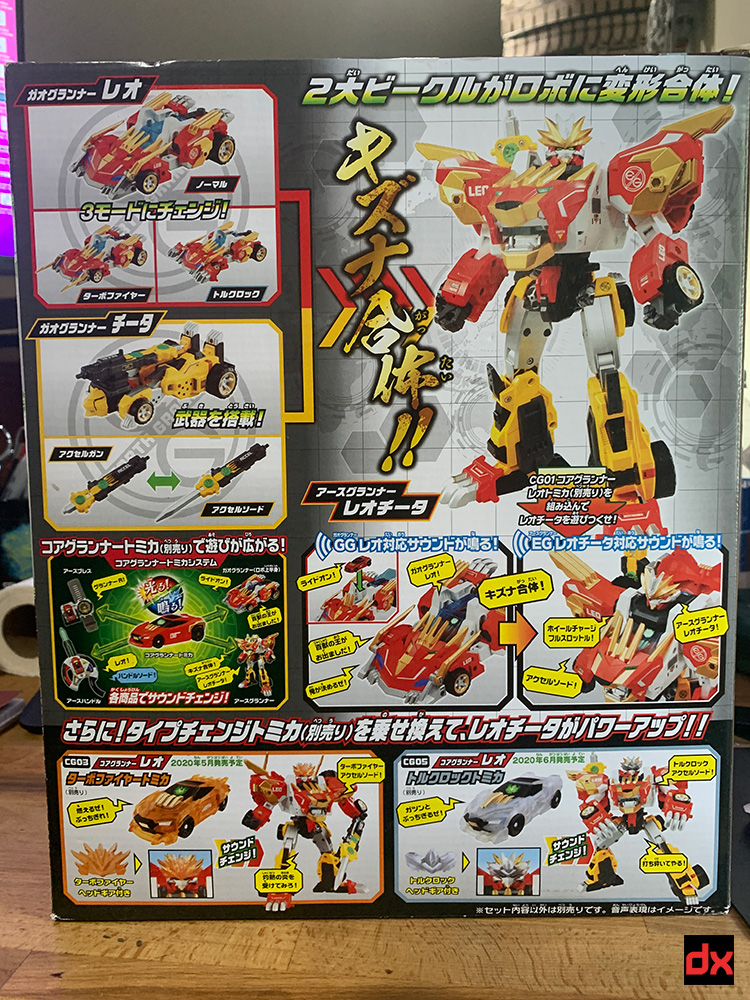 Earth Granner robots use Core Granner tomica cars to unlock lights and sounds. The Core Granners are not included and sold separately. 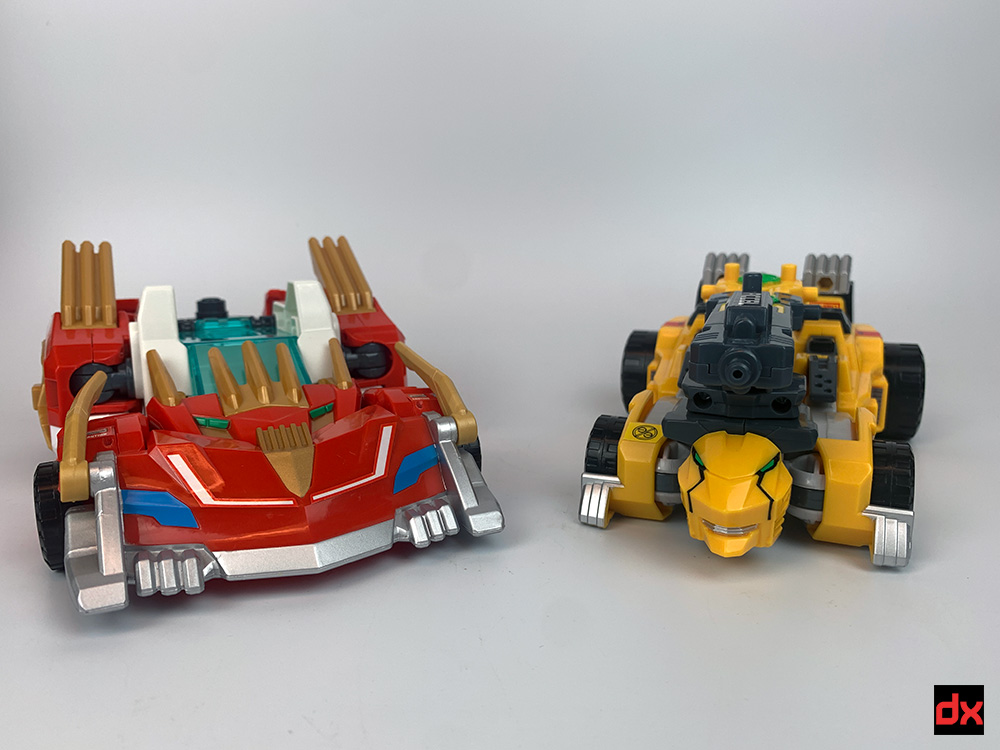 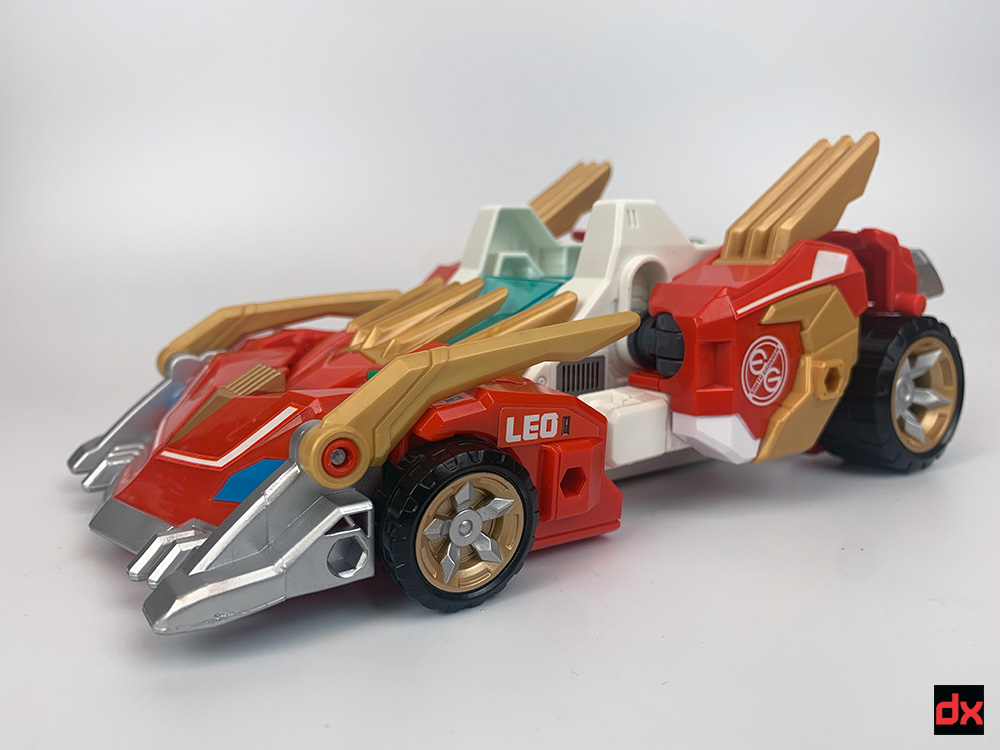 Leo is the vehicle that comprises the top half of the robot. You'll notice that all the robots have the same basic combination methods, but are entirely different robots. Leo has a few different configurations. The front blades can be folded down, and the rear claws can be attached to the front. 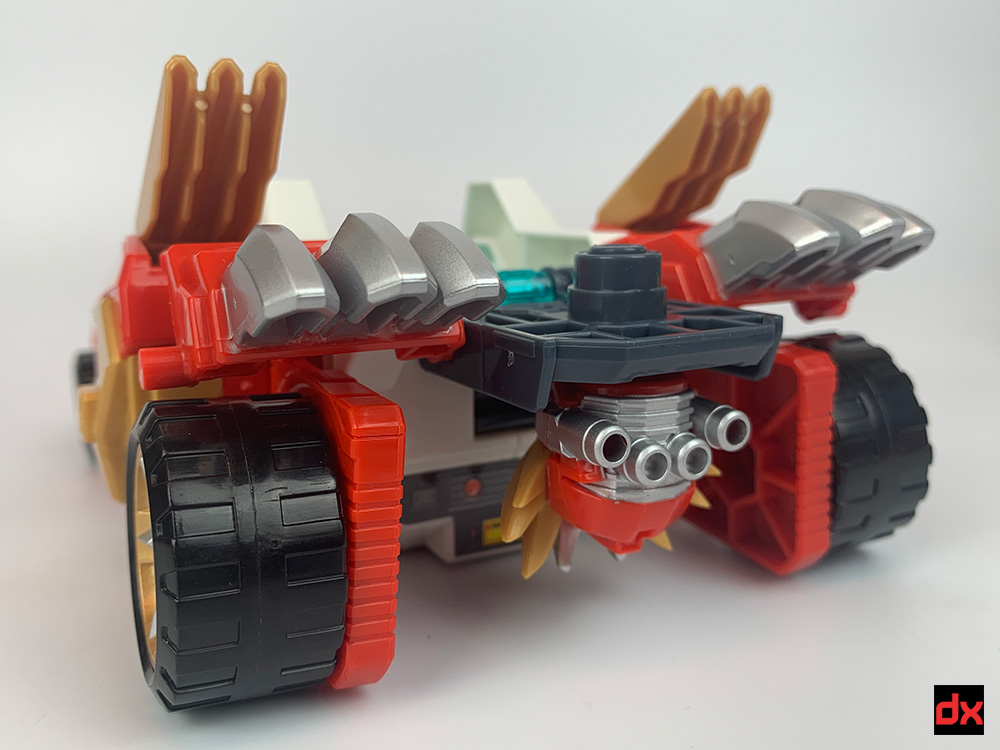 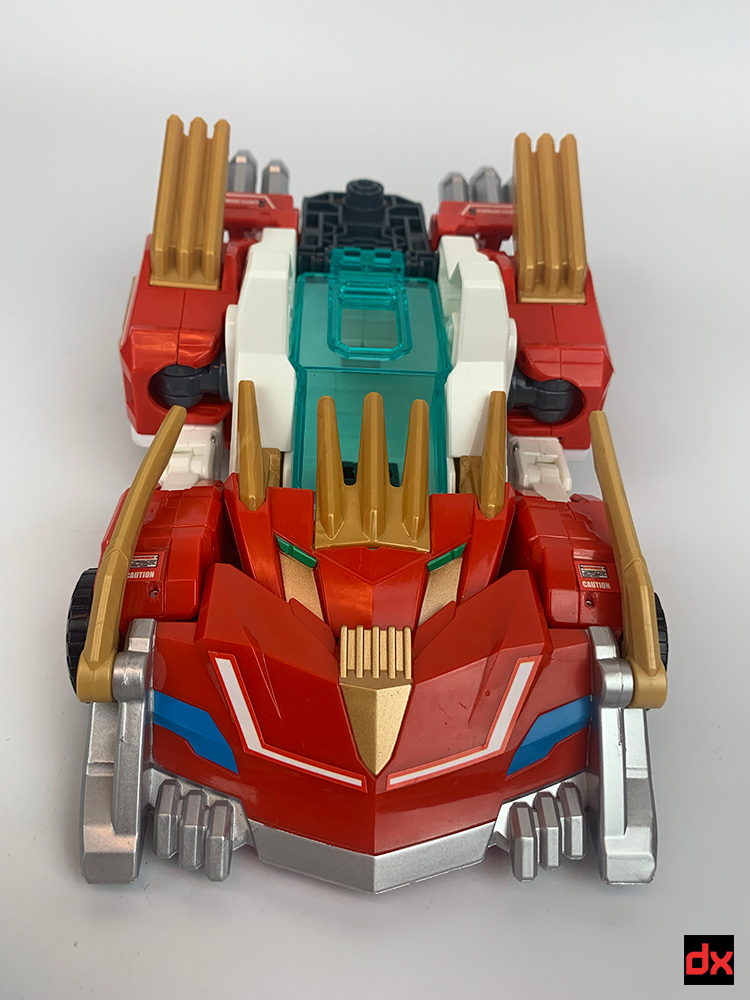 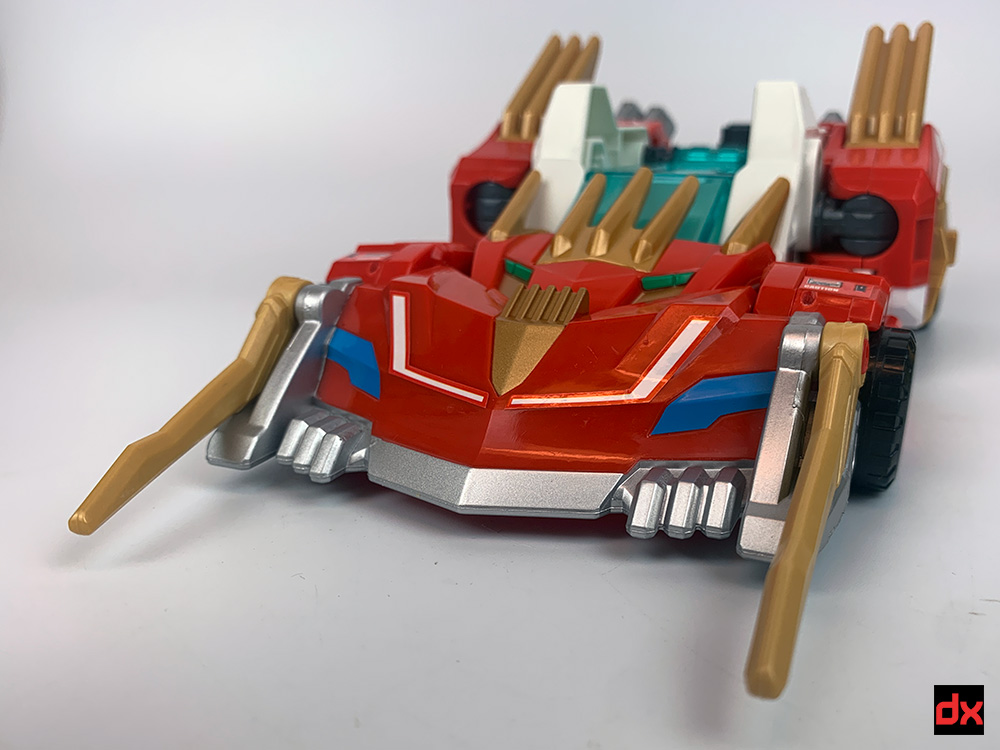 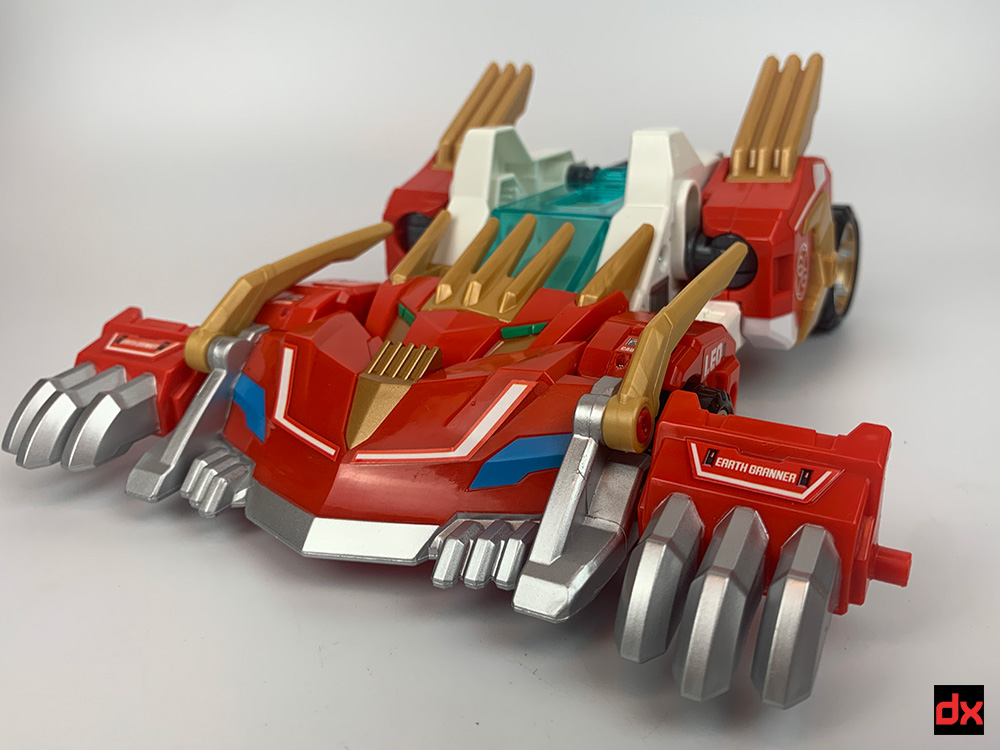 To add the Core Granner, pull the nose forward and lift up the canopy. The car snaps into place and activates light and sound. The hole on the top is there for the head in robot mode to activate the lights and sounds in the car. 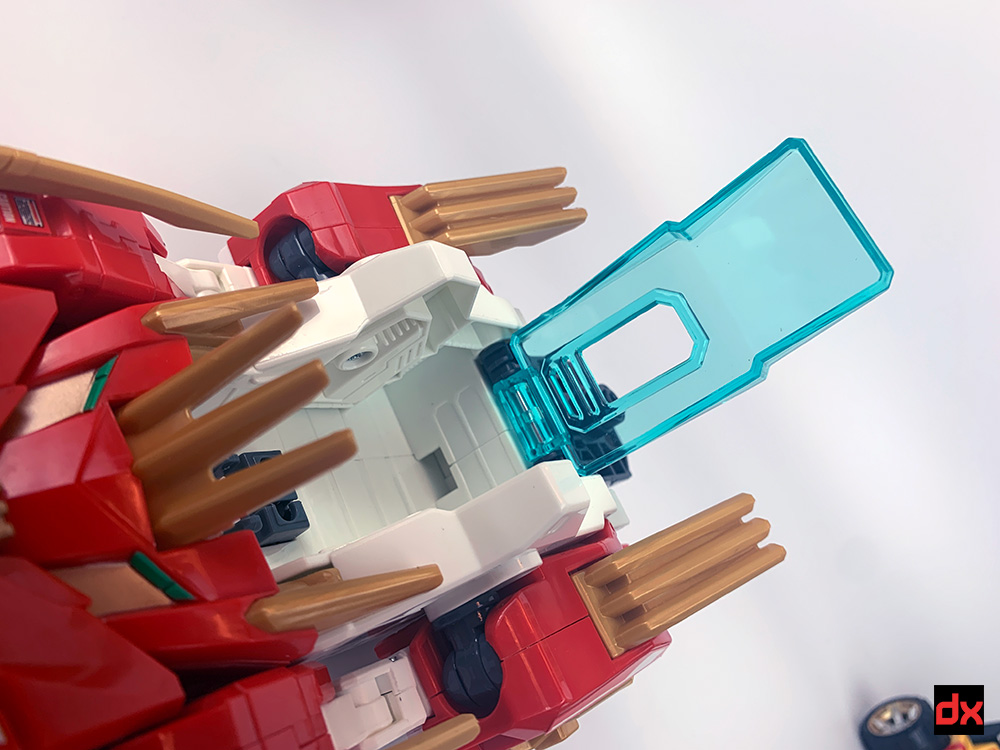 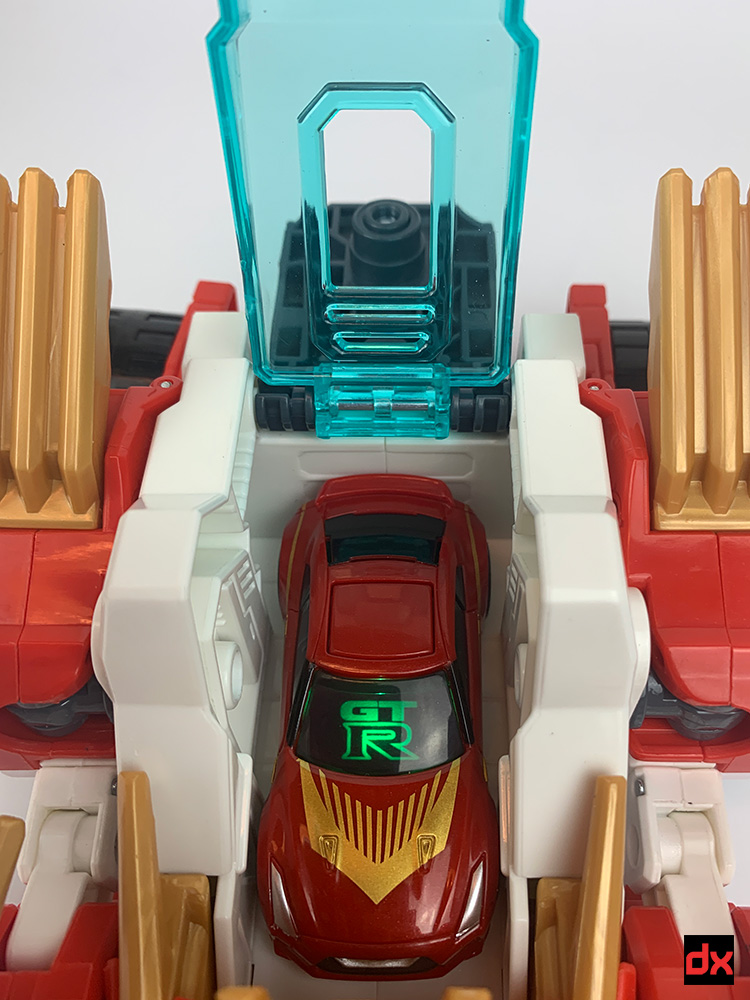 Cheetah is the vehicle that forms the legs, and also stores the sword. 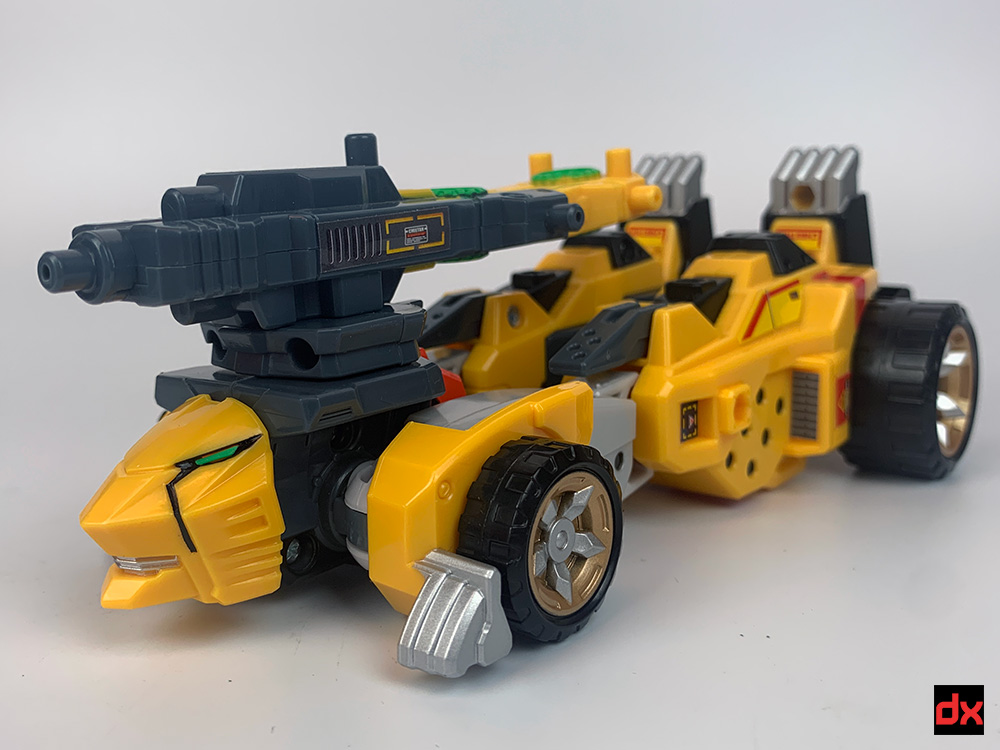 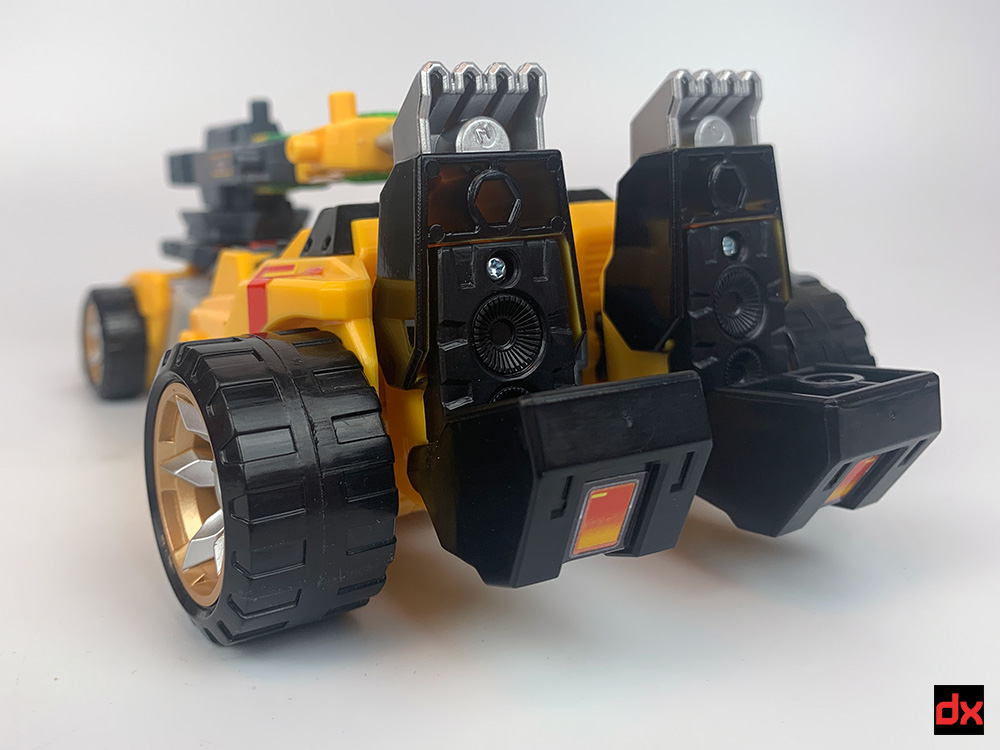 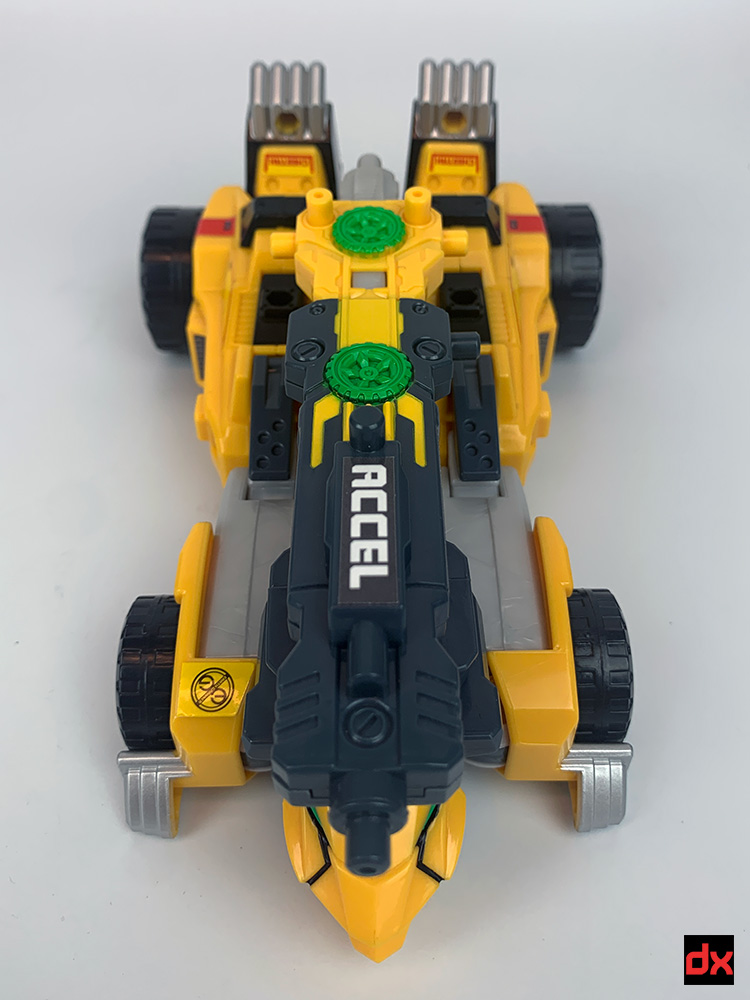 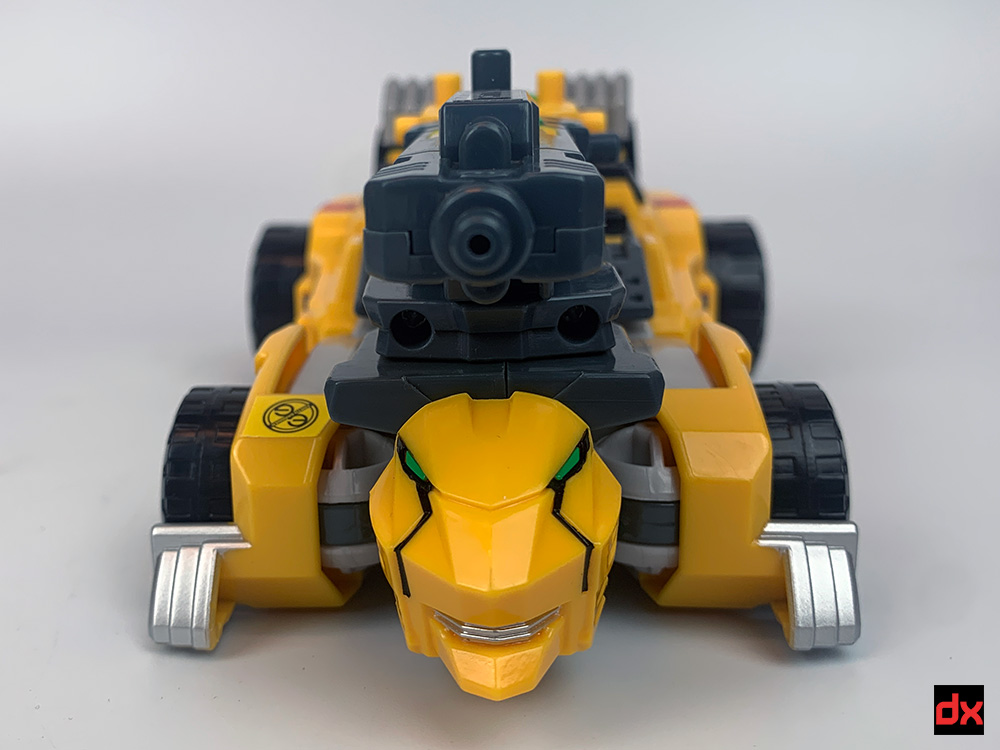 Robot mode is suitably "hero" looking. I find it less interesting that Saber Panter, but it's still very cool. It's a sturdy toy with great articulation and clicky joints. Connection ports are all over that allow it to use parts from other Granners in the series, and even across the entirety of the Tomica Drive Head and Hyper series. 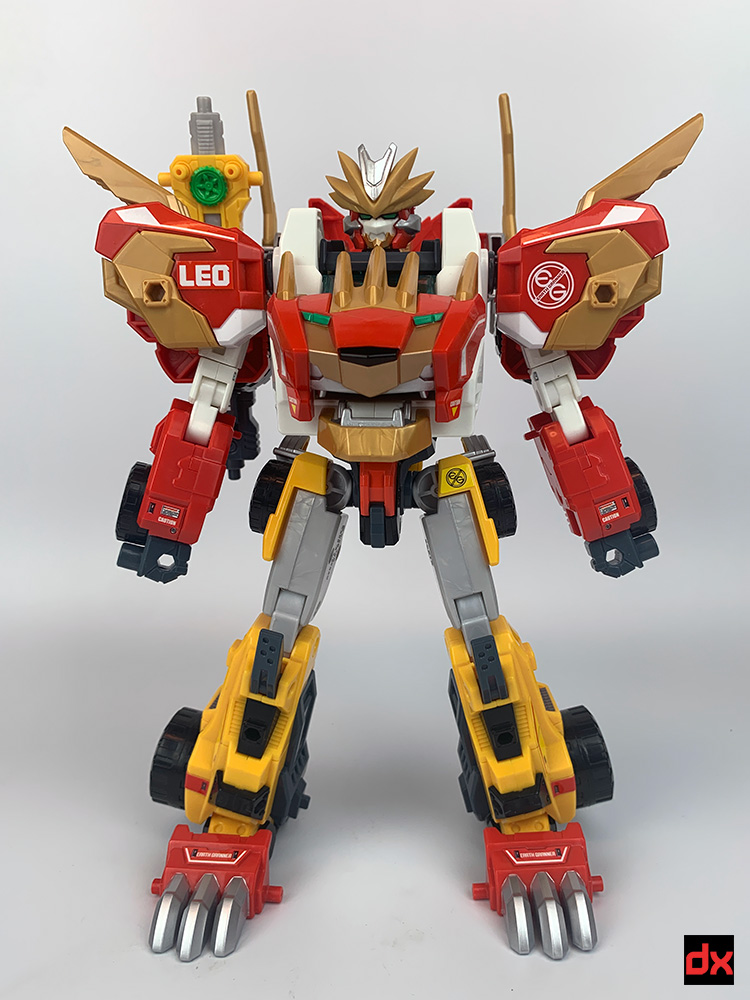 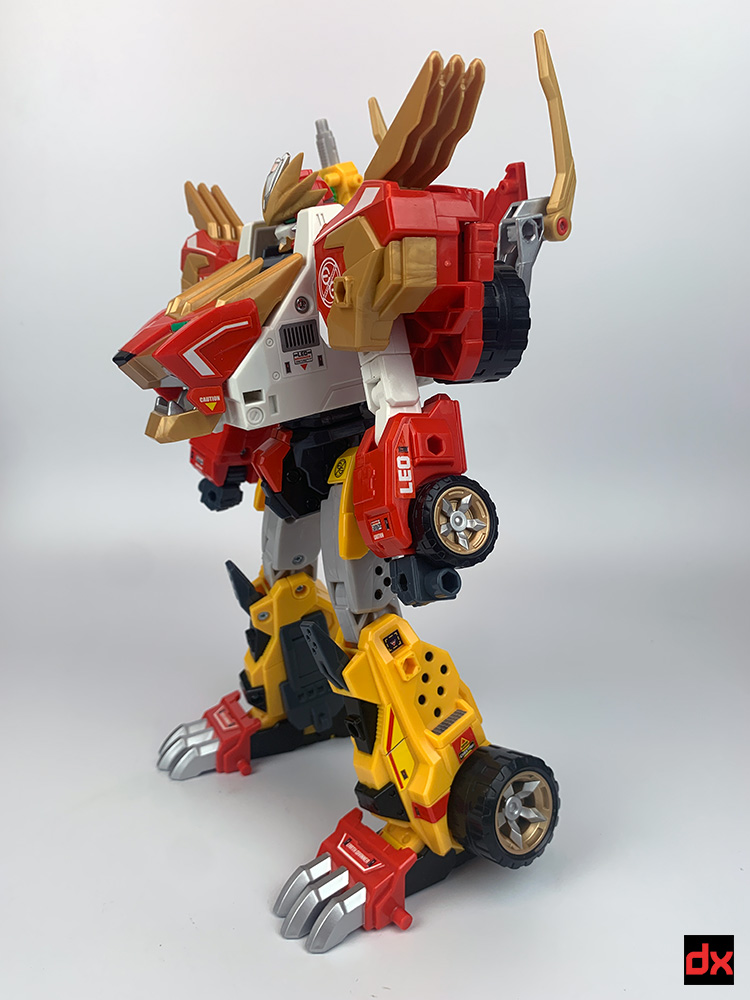 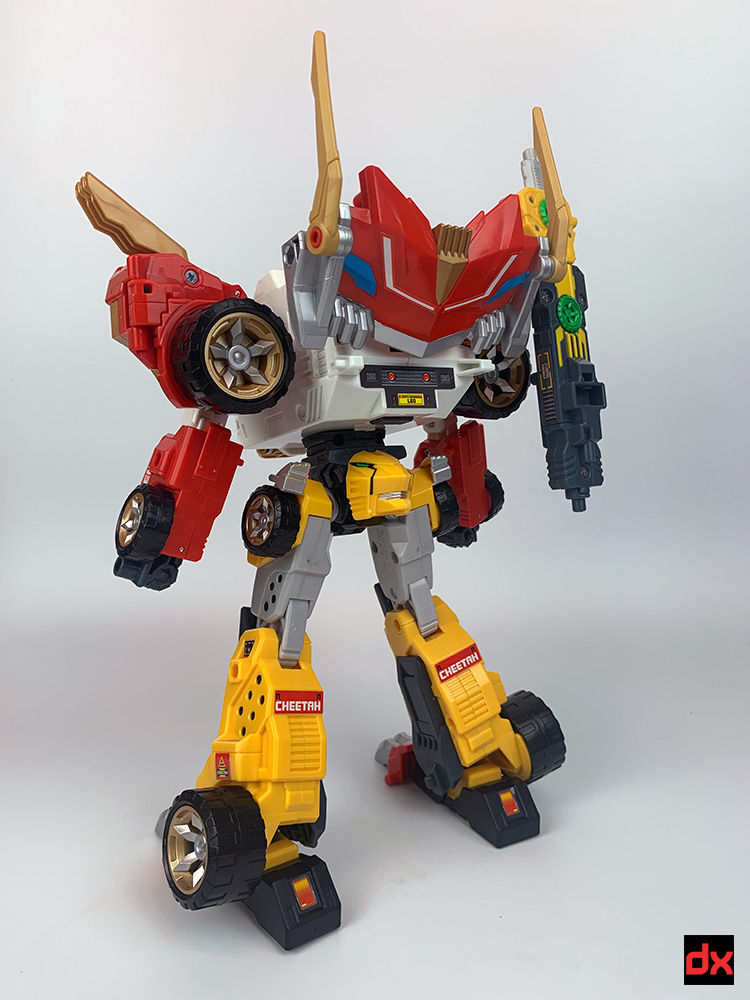 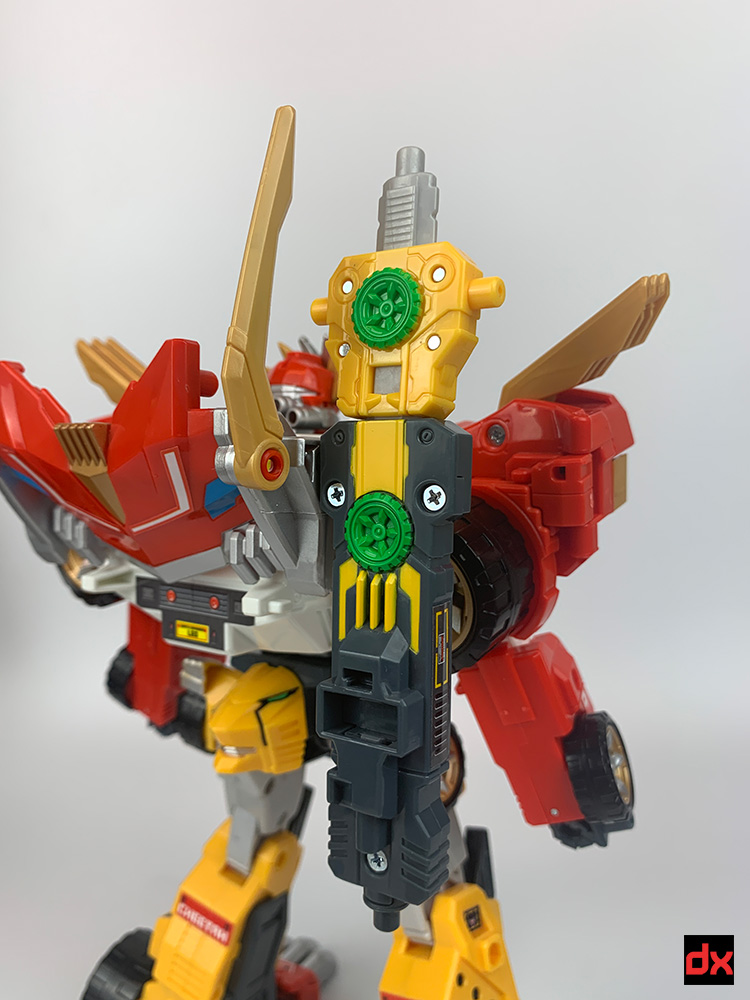 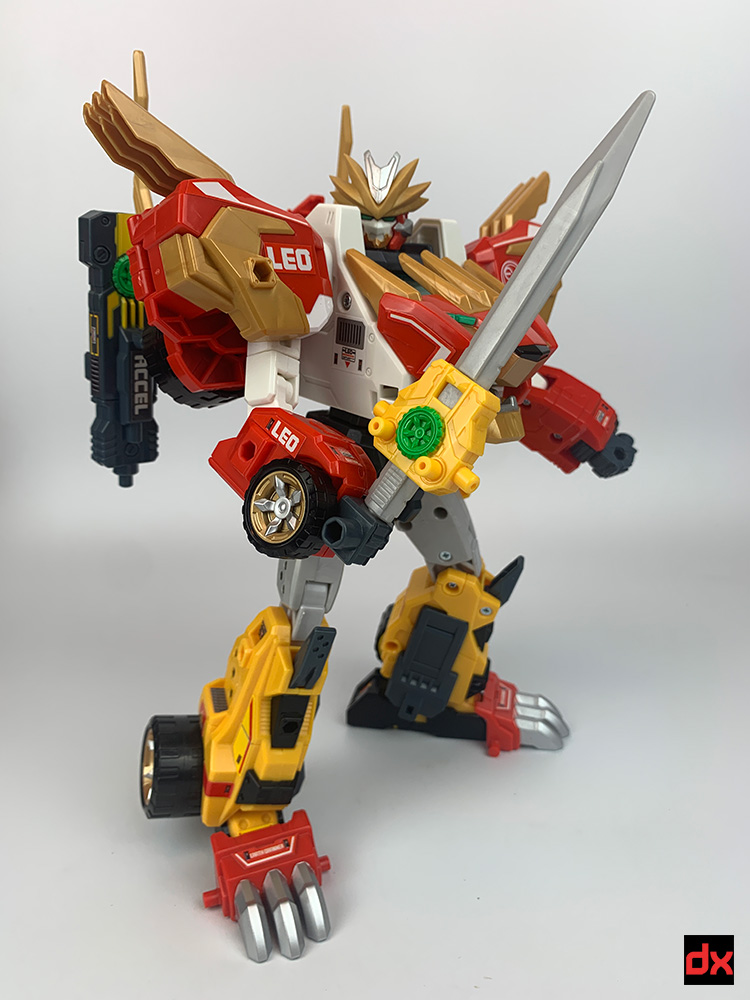 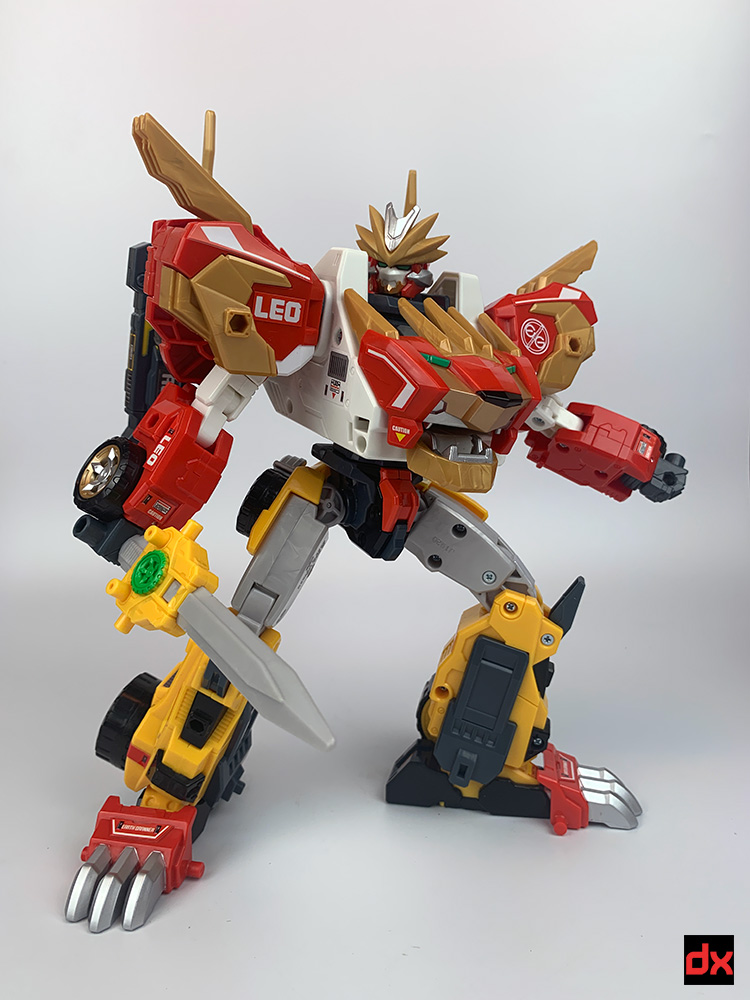 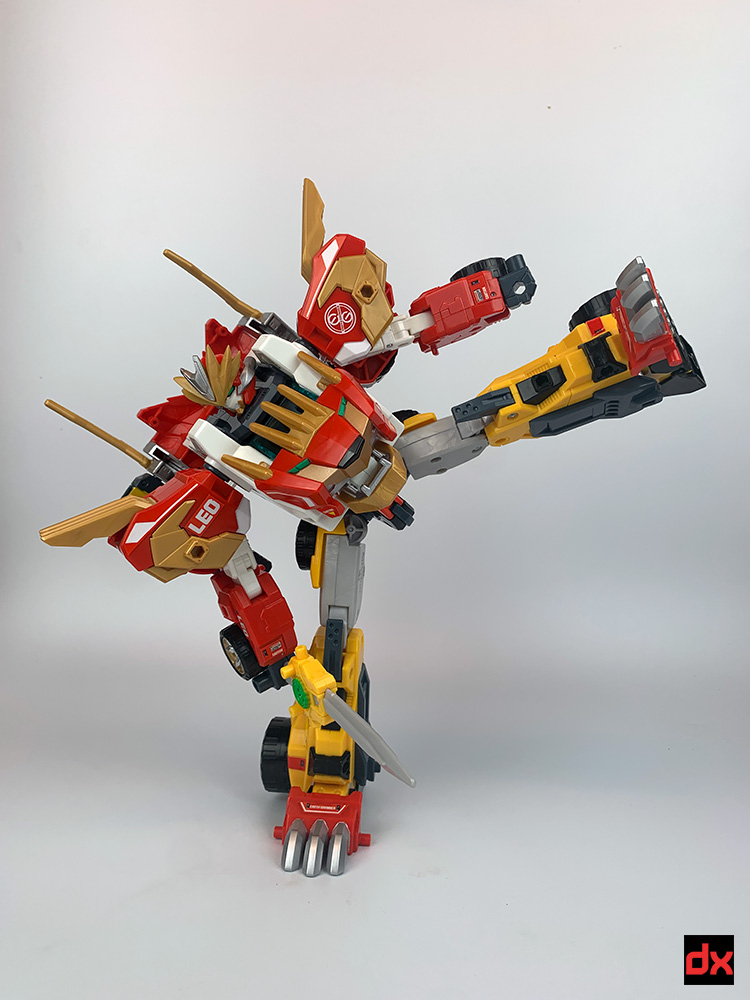 Here is Leo Cheetah combined with Red Petra from another set. They are all designed to work together. 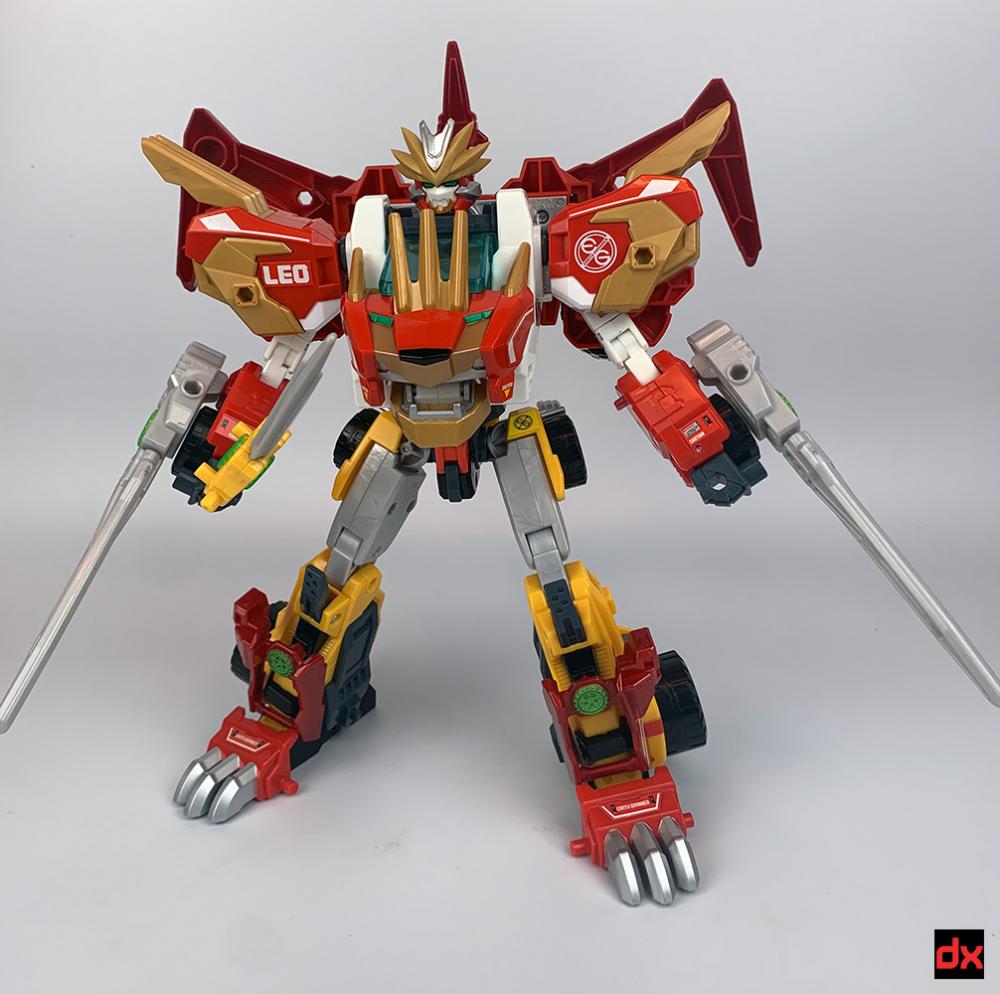 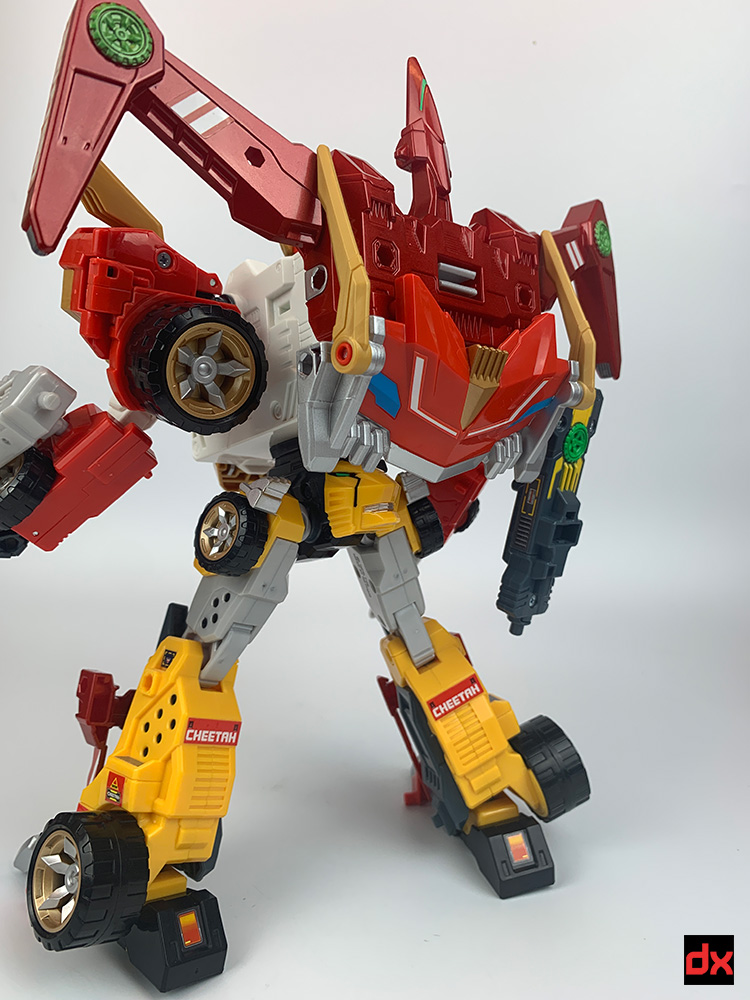